‘Death is Indeed Fascinating, Not a Dreadful Thing’

JP's faith and conviction in socialism remained intact even as some of his fellow partymen were gradually sliding towards Gandhi’s ideals and way of politics till the early forties. His own shift was to come at a later stage in his life.

At the critical juncture of the freedom movement, when the Mahatma finally gave the call to his countrymen, ‘Karenge ya marenge’ (We’ll do it or die trying) and the Quit India movement began on August 9, 1942, JP was in jail.

He had been arrested in 1940 in Jamshedpur for an anti-war speech and awarded nine months’ imprisonment. He was re-arrested in Bombay in 1941 and kept at the Dewali Camp Jail in Rajasthan from where he was transferred to Hazaribagh Jail in 1942. So in a ‘do or die’ situation where almost all the frontline leaders were put behind bars, JP was haplessly hearing of events from inside the Hazaribagh Central Jail.

This was the first time Gandhi had not specifically emphasised the means or method of the movement. A socialist to the core, JP now had the opportunity of a lifetime to prove his mettle, efficacy and the indispensability of his ideology, in this unprecedented political situation.

The light of freedom, the cresset showed him the way, a glimpse of which during the non-cooperation movement days had changed his life forever. JP made a legend of himself. At the age of forty he jumped the 17 foot wall of the jail with five of his associates, Yogendra Shukla, Ramnandan Mishra, Shaligram Singh, Gulali Sonar and Suraj Narayan Singh, when Diwali celebrations were on inside the jail, on November 8, 1942. 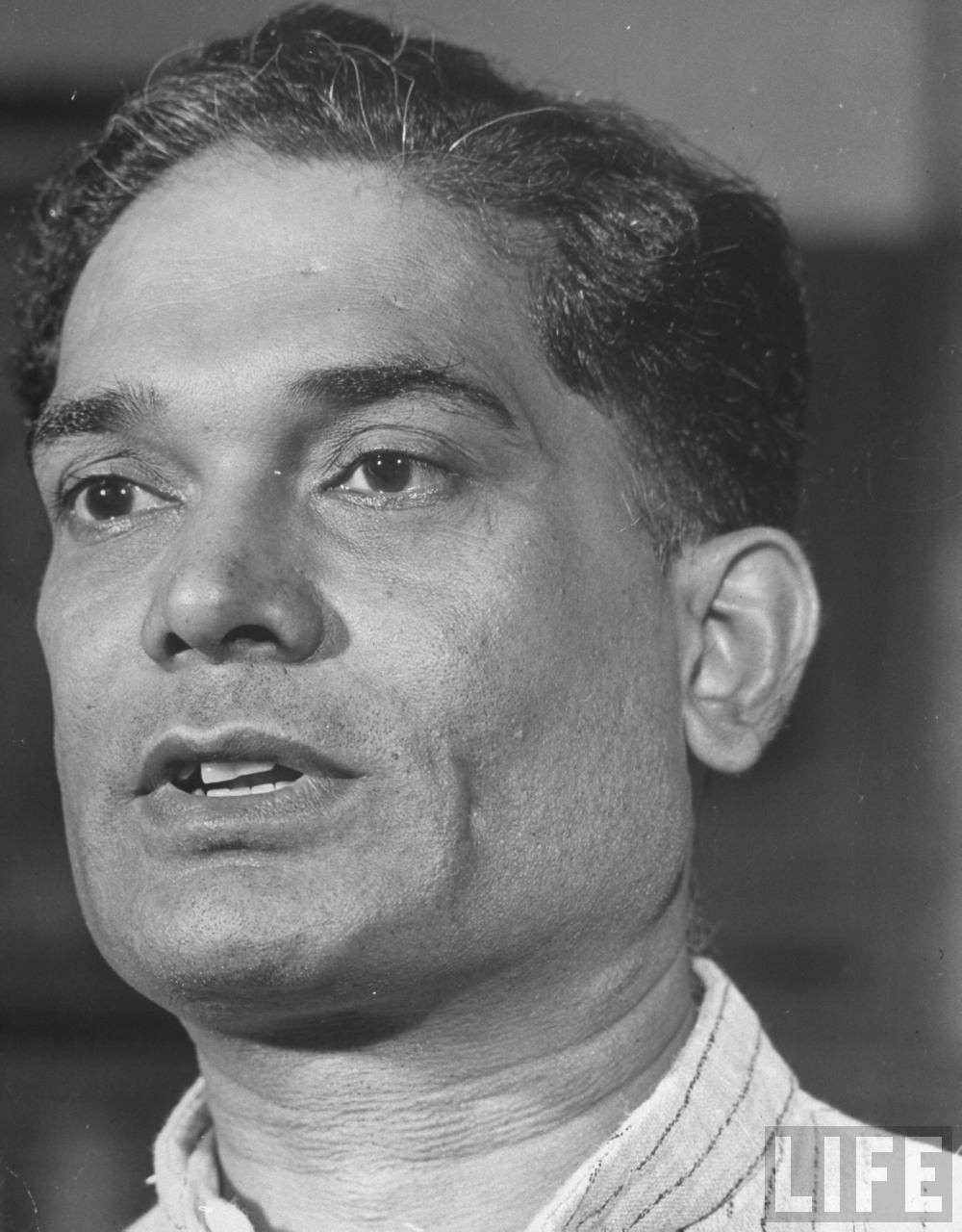 The incident had an electrifying effect all over India, especially on young people. JP went underground and reorganised the movement which the colonisers had brutally crushed. He guided the paralysing of road, rail and telephone communication through Azad Dasta, from hideouts in Nepal. The police there arrested him but he was forcibly freed by his associates. His courage and organising capacity inspired his countrymen giving the freedom movement a fresh lease of life. He became a hero of 1942.

In later years as well, JP’s heroic ventures would always follow his ideological journey. As veteran Sarvodaya leader and thinker Dada Dharmadhikari said: “In public consciousness JP's image has been that of a veeratma, a brave or heroic soul… His commitment towards revolution and the common man has enriched and refined his valour, the main reason for his popularity.”

JP was arrested on September 18, 1943 on board a moving train near Amritsar, and he was subjected to physical and mental torture at Lahore’s Zila Jail. During his incarceration he corresponded with the jail and government authorities regarding the basic human rights of a prisoner; these letters are compiled in the book Inside Lahore Fort first published by the Socialist Bloc Centre, Madras, in 1959. These are an important, perhaps pioneering document relating to human rights.

By leading the country from the front in its hour of crisis, JP became a national hero and was also successful in give his Congress Socialist Party and socialist ideals an esteemed place in the eyes of ordinary people. He was able to give the 1942 movement a revolutionary dimension. 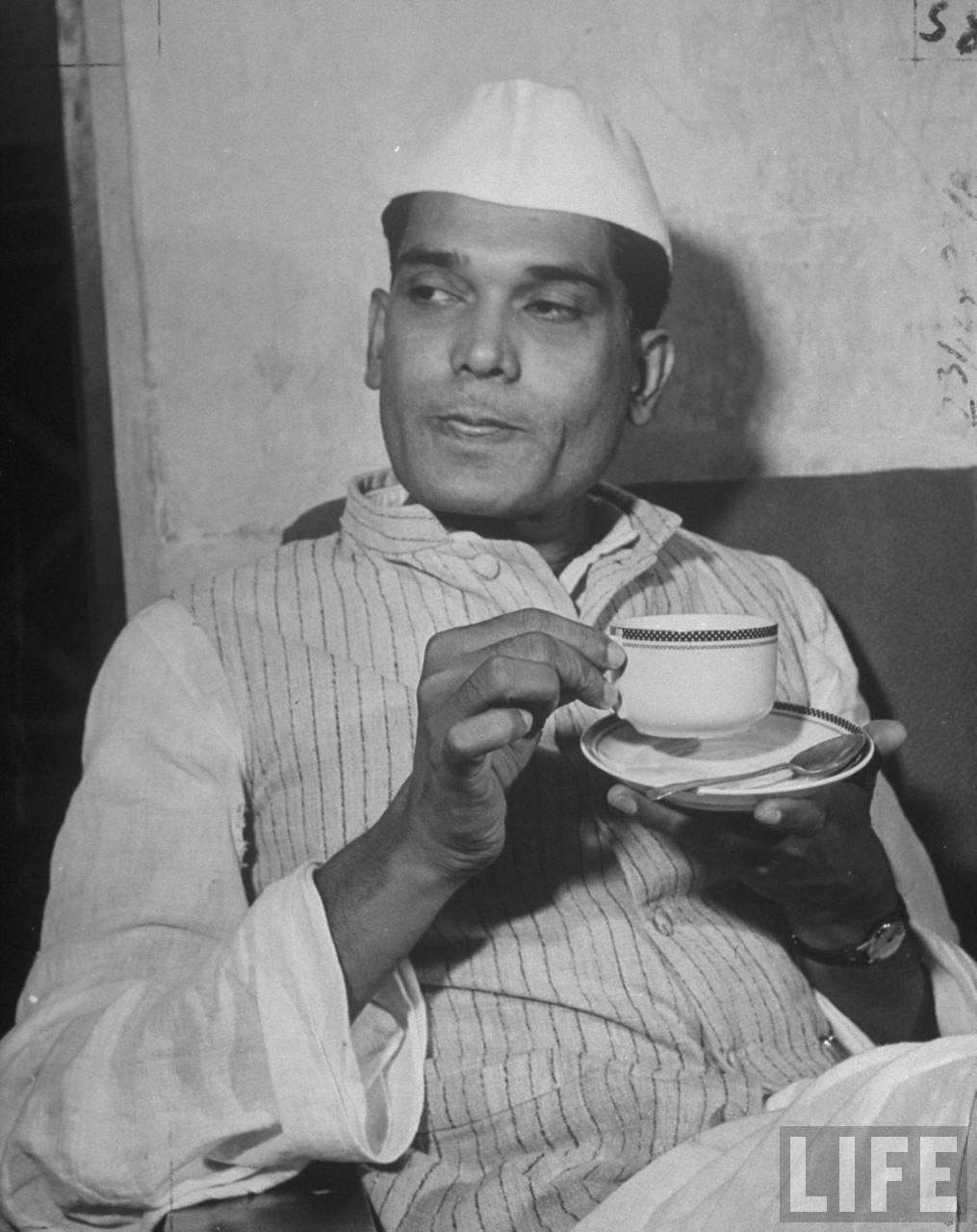 There are people who consider Jayprakash Narayan more of a spiritual figure than a politician. And there are reasons for it. He lived life of a lar (saint). Valour and renunciation were the two dominating aspects of his persona. At the tender age of twenty years he went far away to America for higher studies, though he belonged to an ordinary family. Setting aside fierce opposition from fellow Congressmen he founded the CSP within the Congress. During the Emergency he stood against the tyranny of state power at the age of seventy-two. 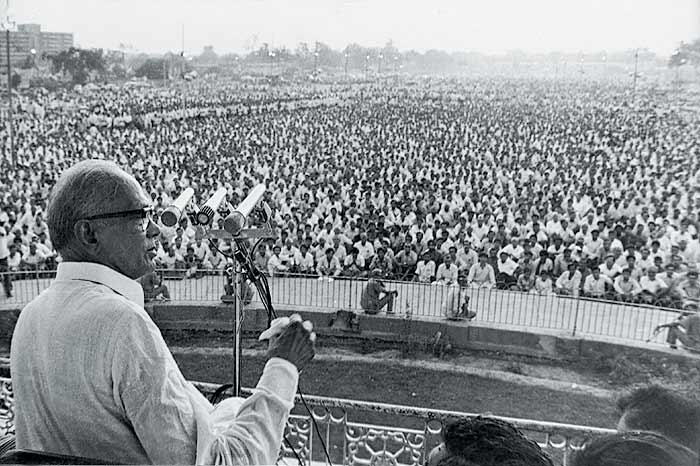 He respected his wife’s decision to follow ‘brahmacharya’ even though he was a ‘modern’ and highly educated man. He renounced party politics when there were calls for him from the highest seat of power. He had no hesitation working with Vinoba Bhave as his associate, even if he had been a taller public figure than the latter. Nobody could ever claim that he even tried for a party ticket for his friends family.

Bimla Prasad, former dean of the School of International Studies at JNU, and a confidant of his, said that “the secret of JP’s charm lies in his complete selflessness, and his genuine dedication to the causes he holds dear, without seeking the trappings of public office. Added to this is the utter simplicity which dominates all aspects of his life.”

Initially a pure Marxist with a materialistic view of everything around, after Gandhi’s death JP looked afresh at the temporal world, and after the famous ‘incentive to goodness’ experience during the Poona fast, his Marxian materialistic angle towards life was gone forever. 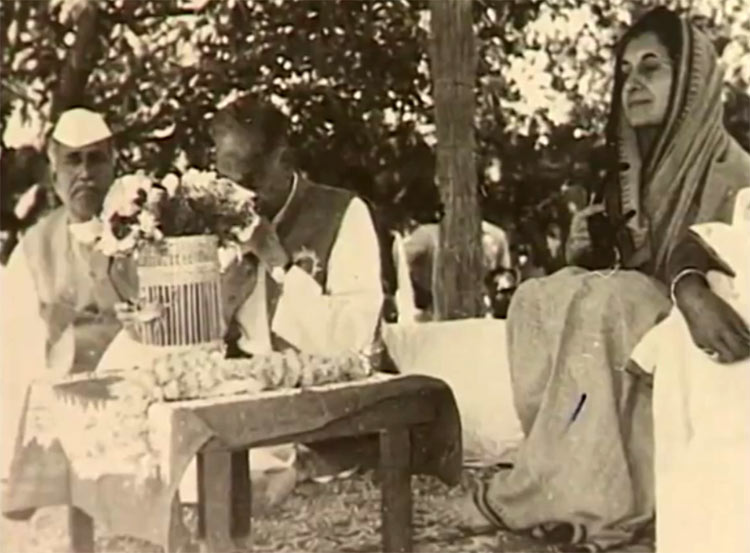 Representing part of India’s rich spiritual tradition, besides Gandhi he would often quote Shankaracharya, Vivekanand and Aurobindo Ghosh, not to mention his respect for Vinoba Bhave for his spiritual interests and knowledge. 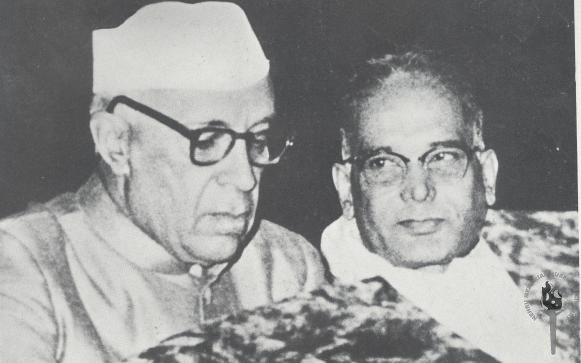 It can be said that throughout his life JP adored power, but people’s power. He could have a sight of Janardhan in janta (Krishna in the people) and Narayan in daridra (Vishnu in the impoverished).

As he once said, “I am not an authority to speak on spiritualism, yet I would say that if it means remaining neutral towards the problems of the country and people, then I do not accept this definition of spiritualism. On the contrary it seems to me, that to strive to improve the prevailing condition of our people, to help free them from poverty and subjugation, are alone our spiritual duties.”

This is why calling on youth to join the revolution he asserted, “Spiritualism is not the pastime of old men, rather it is the highest flight of youthfulness… It would be a revolution wherein the spiritualism of India would reflect in each and every person’s life. And then each individual would start seeing their interest in the interests of their fellow citizens.”

Optimistically, JP stated, “A new politics will emerge from the power of the people – at present we are standing at the doors of a long revolution which will have far reaching consequences.” 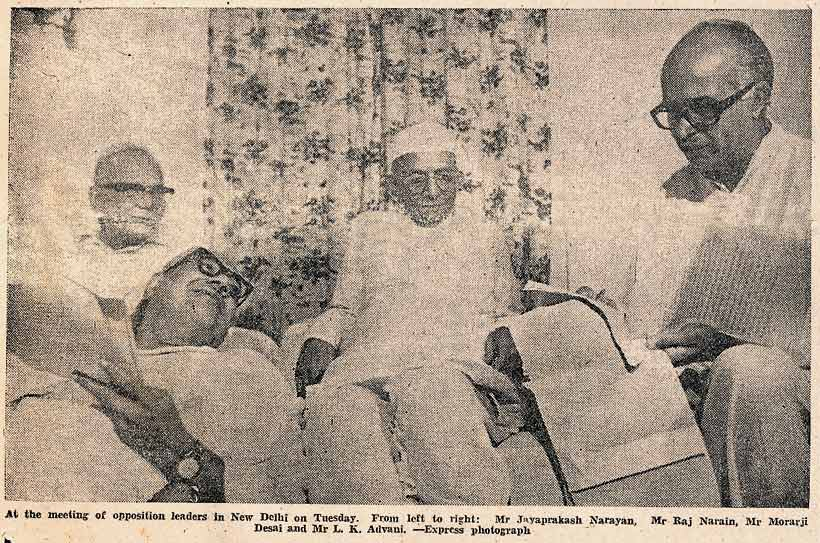 He also stated, “In today’s world spiritualism is not regarded as a false notion, but a force to control and guide science… If spiritual values do not exist, the whole world will be submerged into the ocean of distress.”

During his last days JP saw death approaching him but he was not afraid, how could he be: “Death is indeed fascinating, it is not a dreadful thing.”

Based on the universalism conceptualised and practised by Vivekanand, Gandhi and Rabindranath Tagore, which found expression in the phrase ‘vasudhaiv kutumbakam’ or ‘the world is a family’, JP went some steps ahead and actually ventured for world peace as a peace activist.

He had acquired the status of a world leader without enjoying state power or holding any official position, which is indeed amazing.

One incident is worth mentioning here. During his tour of the United States, on March 28, 1968 the US secretary of state Dean Rusk welcomed him in Washington, saying “I know what your status is. You are a great worshipper of freedom and a very distinguished guard and saviour of democracy.” They conferred for more than an hour. This was perhaps the first time a US high official had held a meeting with a foreigner outside any government.

JP was in touch with world leaders till his last days. After India attained freedom and he distanced himself from party politics, he put more effort into understanding and intervening in world affairs. Almost all world leaders with socialist leanings knew him and corresponded with him. In those days some of the countries of Africa and Asia were struggling for freedom, some were reeling under dictatorships, and the world was in grip of a violent Cold War.

In 1960, a three yearly council under War Resistance International was organised at Gandhigram, Madurai. JP participated with full enthusiasm. Through his inspiration and experience of instituting and working with the Shanti Sena (including in the Chambal valley) a proposal was discussed and passed to create an International Peace Keeping Force to mediate peacefully during international conflicts.

As a result the World Peace Brigade was founded in Lebanon two years later, and JP was elected one of its three chairmen. This World Peace Brigade organised a great long march in Africa for the liberation of Rhodesia, later Zimbabwe, as a free nation came into existence. It had also organised a Delhi-Peking friendship march but Burma declined to permit entry into its territory.

Many years ago JP along with the great peaceloving leader of Spain, Salvador de Madriaga, suggested that the peacekeeping force under the United Nations should discharge its duty without bearing arms. The UN acknowledged the appeal but did not pay heed to it, apparently because it had not come from a member state. 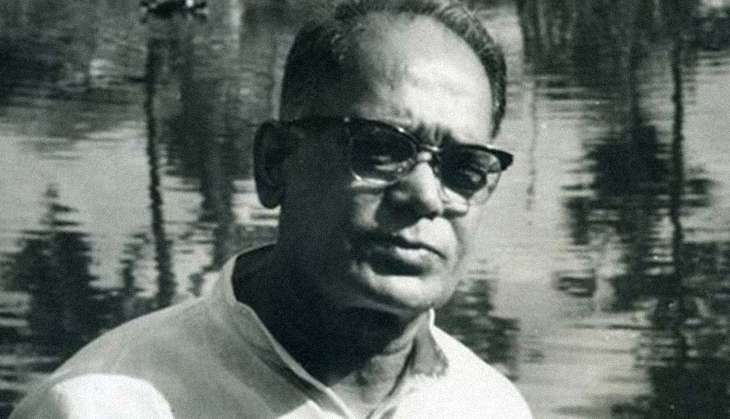 JP was genuinely interested in world peace and whenever any urgency arose he responded to it with full strength. His services as a world leader were utilised by the government of India under Indira Gandhi when he was sent on a 47-day world tour to garner international support for the East Pakistan refugee problem faced by India as a result of the Pakistan army’s brutal excesses on the Bengali public. He was also founder President of Indo-Pak Reconciliation Committee.

Considering his unofficial position JP's contribution to world peace was monumental. Besides the above mentioned efforts, he had helped in independence of Zambia through World Peace Brigade. Kenneth Kaunda who had to take charge as President of Zambia sent a telegram to JP: “You have helped us, so we are grateful to you for this… Your presence with the World Peace Brigade had a tremendous impact… Because of your support both the countries have come closer to each other.”

Likewise JP was instrumental in resolving differences between President of Tanzania Julius Nyeyere’s Tanu Party’s Africans and Indians. He also addressed the UN very impressively as a witness before a committee relating to colonialism, in Dar Es Salaam.

Charles Walker, former director of the Gandhi Institute in the US and a tireless warrior for world peace, rightly said that JP could have spoken on behalf of India. He knew that all humanity was the ultimate objective for him.

Hence, it was not an out of place gesture on the part of the UN when it mourned Jayaprakash Narayan’s death by lowering its flag to half-mast as a mark of respect to a great world leader.

Sheodayal is a novelist, poet and essayist, and editor of Vikas Sahyatri and Bal Kilkari.

The Forgotten Army of World War II And the Struggle Within

The Only Opposition in India Today is Rahul Gandhi

Two Brick Laying Ceremonies For Ram - Which One Was Kosher?

Ayodhya -An Agenda That Does Not End With the Ram Temple