For the last over three decades, military persons all over the world have learnt; studied, absorbed, practised, fought and won/lost every aspect and nuance of Fourth Generation Warfare (4 GW). Tomes have been written on it and its variations like hybrid war; insurgency; low-cost war; war by non-state actors and sometimes by state-sponsored actors; and sub-conventional war. Thousands of military analysts, including this writer, have written, analysed, taught and propagated it, but it now seems we were all wrong!

Our National Security Advisor (NSA), the know-all Guru, has now given 4GW a twist that has left Soldiers to Generals gasping for air! Yes Sir! Ajit Doval has arbitrarily laid out a new theory of war and national security, while addressing a Passing Out Parade of would-be young police officers. Maybe it is “political” or perhaps his convoluted thinking that the police need a theoretical cover to come down even more heavily on the innocent polity of the country by making the Indian Police more warlike!

That it has dangerous implications for the country seems to have been deliberately ignored; much like his earlier endeavours to bypass the professionals and win brownie points, with little or no thought of eliminating threats to the nation (readers can refer to my earlier article on the attack on the Pathankot Air Base in these columns).

It seems that the NSA wants to legitimise and increase the nefarious activities of some police forces that are not just acting illegally, but have resulted in no trust of the police amongst the polity. Classic policing has already been sacrificed at the altar of political agendas at the behest of the politico-bureaucratic clique that has obliquely been committing violence in the guise of punishing innocent persons under the rubric of the plethora of highly toxic laws that have been enacted by the ruling dispensation to force the polity to succumb to its agendas.

That this new interpretation of 'fourth generation warfare' undermines the Constitution as well as is contrary to democratic norms, seems to have escaped the worthy NSA, who seems to be bent on his single-minded spree to take loyalty to the extreme.

For the uninitiated, let me first briefly explain what 4 GW is all about.

Fourth-generation warfare (4GW) is a type of conflict characterized by a blurring of the lines between war and politics, combatants and civilians. The term was first used in 1980 by a team of United States analysts, including William S. Lind, to describe warfare's return to a decentralized form. In terms of generational modern warfare, the fourth generation signifies the nation states' loss of their near-monopoly on combat forces, returning to modes of conflict common in pre-modern times.

The simplest definition includes any war in which one of the major participants is not a state but rather a violent non-state actor.

The authors had described the previous three generation wars commencing from the Peace of Westphalia in 1648 that established the need to organize and conduct war by nation states.

Briefly, the world has moved from 1st GW to 4th GW as part of the evolution of warfare through four generations. These are 1GW, where use of massed manpower, using tactics of line and column and the age of smooth-bore musket prevailed and consisted of tightly ordered soldiers with top-down discipline. In 2GW, there was high dependence on ﬁrepower by adopting tactics of linear fire and movement, with reliance on indirect fire, by increased dependence on artillery and firepower to break the stalemate and move towards a pitched battle.

In 3GW, it was predominant manoeuvre built on tactics of infiltration to bypass and collapse the enemy's combat forces; and defence in depth. The militaries of 3GW sought to bypass the enemy, and attack his flanks and rear, such as the Blitzkrieg tactics used by Germans in World War II and the desert manoeuvres of German General Rommel in North African Desert; 4GW is an evolved form of insurgency that employs all available networks—political, economic, social, military—to convince an opponent’s decision makers that their strategic goals are either unachievable or too costly.

The theory of 4GW reinvented itself once again after September 11, 2001 (9/11), when it was thought that Al Qaeda was waging a 4GW against the United States. The contrary viewpoint however, was that what really took place in both Afghanistan and Iraq and elsewhere, was that increased “dispersion and spread of technology, information, and ﬁnance” brought about by globalization had given terrorist groups greater mobility and access worldwide. 4GW is often seen in conflicts involving failed states and civil wars, particularly in conflicts involving non-state actors, intractable ethnic or religious issues, or gross conventional military disparities.

At this point, globalization seems to aid the non-state actor more than the state, but states still play a central role in the defeat of terrorist groups or insurgencies.

Fourth-generation warriors, non-national and trans-national groups based on ideology, religion, tribe, culture, zealotry, and illegal economic activities, have pushed many regions of the world into anarchy.

These fourth-generation enemies have become very adept at using the asymmetric tactics of information warfare.

Let me now revert to what the NSA had advised the budding police officers. In his speech to IPS Probationers, he had stated: “The new frontiers of war, what you call the fourth-generation warfare, is civil society.” Wars, he claimed, had become ineffective instruments of achieving political goals because they were costly and their outcomes uncertain, but civil society could be “subverted, suborned, divided, (and) manipulated” to hurt national interest.

He emphasised that it was the police officers who should see that the national interest is fully protected. Doval kept the definition of civil society he wanted his officers to be at war with vague. He also failed to explain who or what gave him the authority to declare a 4GW on our own citizens.

It appears that his brief was to emphasise the thinking of the politico-bureaucratic class in how the nation should respond or more appropriately bend to their policies and use force on those who oppose arbitrary laws, of which there is now a proliferation. Is it an excuse to by-pass the democratic safeguards in the Constitution?

For the discerning, the NSA’s speech suggests that debates, discussions and public discourses have now become a new war zone and the entire civil society should be seen as potential enemies! Confound it, has India become a police state?

Let me digress at this juncture, as this weird theory sounds similar to what our so-called God-men, or Gurus, of which India abounds and many of recent infamy currently cooling their heels in jails, and others whO keep cropping up, articulate.

The NSA may not be the proverbial Guru like those mentioned above, but the theory he has expounded seems to be in the same genre as some of the uncanny, if not blasphemous utterings of the Gurus mentioned above. He seems more a ‘Sarkari Guru’, which may well be more dangerous than the others!

It has been eloquently stated by eminent columnist Bharat Bhushan in his essay titled ‘Frontiers of Warfare…’ that “with the new laws and the thinking driving them, the role of civil society in the formation of values, norms of social behaviour, reaffirmation of collective beliefs and values can be stifled. ‘War’ can be declared against those who differ with the dominant identity and values being propagated by the State. Creating suspicion about civil society and equating it with sedition undermines its robustness and contribution to nation building”.

My advice to the NSA and other such ‘Sarkari Gurus’ is to let the Indian Military manage warfare of all types, as it has been doing so well since Independence and ensure that the police carries out classic policing, instead of resorting to unbridled violence in pleasing their politico-bureaucratic bosses so that they regain the trust of the citizens of the country, as it used to be in the past. 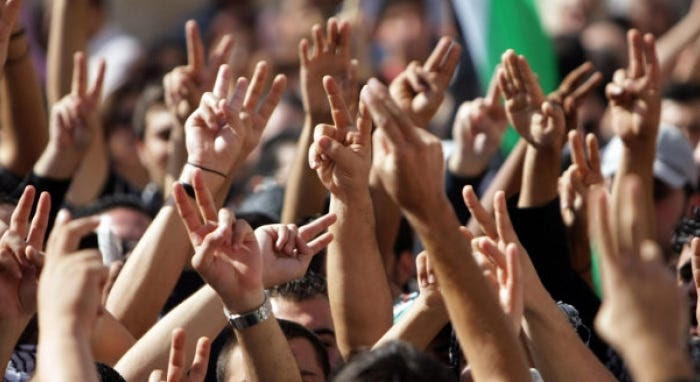