COLOMBO: Due to geo-political compulsions, Sri Lanka has to keep its relations with the West and India on an even keel. But there are indications that it is tilting towards Russia, China and Iran as it inches towards Presidential and Parliamentary elections in 2020.

The latest sign of this is the appointment of Dr.Saman Weerasinghe as Presidential Adviser on Foreign Policy.

A known Russophile, Dr.Weerasinghe has had a longstanding link with Russia. He not only has a Russian medical degree but was a Consultant-Adviser to the Moscow Medical Academy. When he was Sri Lanka’s Ambassador to Russia, he vigorously promoted business ties between the two countries. And for his efforts he was given the “Order of Honor” by the Russian government in 2013. 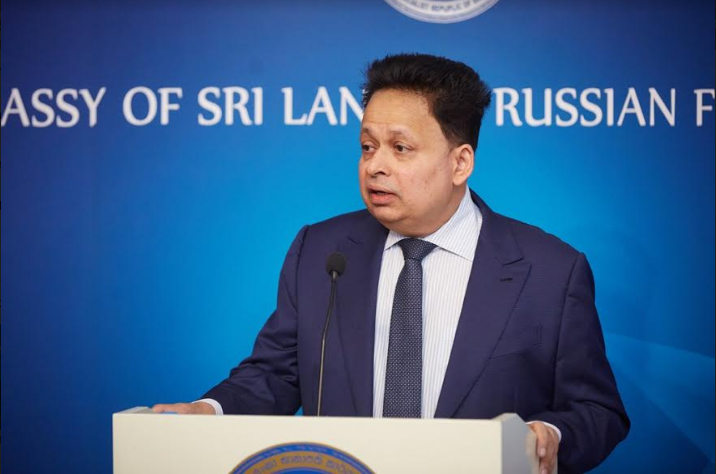 Weerasinghe had been foreign policy adviser to former Sri Lankan President Mahinda Rajapaksa ,who was known to be anti-West and pro-Russia and pro-China.

As per the arrangement worked out when the National Unity Government (NUG) was formed in January 2015, the UNP should have control over foreign policy and economic matters.

But in the past year, President Sirisena has been encroaching upon these areas to prevent the government from becoming too neo-liberal when the majority in the country are poor and are looking assistance from the State.

He has been steering the government towards populism, socialism and nationalism by reversing some unpopular decisions taken by the UNP ministers.

Sirisena has not been too pleased with the UNP’s apologetic stance in its responses to the demands of the West in respect of the minority Tamils’ rights, war crimes and other areas which impinge on Sri Lanka’s sovereignty.

Following the utter defeat of NUG partners, the UNP and his own Sri Lanka Freedom Party (SLFP) in the February 10 local bodies elections, Sirisena has been taking several steps to shore up the image of the government by making it more people oriented, more responsive to the Sinhalese majority’s views, and more nationalistic to face the challenge from the populist and nationalistic Sri Lanka Podujana Peramuna (SLPP) led by ex-President Rajapaksa.

Such corrective actions had been taken even prior to the local elections fiasco.

Sirisena nullified the Cabinet Committee on Economic Management (CCEM) set up by Prime Minister Ranil Wickremesinghe and replaced it with the National Economic Council (NEC) ,a body which he would control.

As Executive President the President can make any change in the structure of the government, and Sirisena has begun using this facility of late.

Using his over-riding powers, Sirisena had also been reversing many of the controversial and unpopular policies and actions of the UNP.

He made the UNP ministers re-negotiate the government’s deal on the Hambantota port with China; revered the decision to set up a coal powered power plant in Sampur in Trincomalee district by an Indian company; and stopped the Eastern Container Terminal from being given to two Indian companies and gave it the Sri Lanka Ports Authority.

He has also seen to it that the country’s assets are not given to foreigners for geo-political reasons.