Democracy had declined sharply across the globe in 2020, says the recently released 5th., Annual Democracy Report of the Varieties of Democracy (V-Dem) Institute at the University of Gothenburg in Sweden. The alarming report is titled: “Autocratization Turns Viral.”

Electoral Autocracy is a political system in which the rulers come to power through a democratic election, but eventually become dictatorial and intolerant of democratic institutions, practices and rights. They retain many institutions of democracy but at the same time weaken them to perpetuate their rule.

According to the study, Electoral Autocracy had become the most common form of government in 2020. No wonder, the level of democracy enjoyed by the average global citizen in 2020 was down to the levels obtained around 1990. Electoral Autocracies and pure Autocracies were home to 68% of the world’s population in 2020, the study found.

A third of the world ‘s population or 2.6 billion people, living in 25 countries, were either under Electoral Autocracies or pure Autocracies. Several G20 nations such as Brazil, India, Turkey, and the USA were drifting in the autocratic direction, the report said.

In 2020, the number of “Liberal Democracies” had decreased to 32, but the population share of these countries was only 14%. The number of “democratizing” countries dwindled almost by half compared to 2010. Their number came down to 16. These were home to only 4% of the global population of 7.7 billion.

The threat to freedom of expression and the media had substantially intensified in 32 countries, compared to only 19 just three years earlier. Repression of civil society had grown substantially in 50 countries. From a record high in 2019, mass mobilization or public protests had declined to their lowest level in over a decade. People were disinclined to stage public protests for fear of State repression.

The COVID-19 pandemic and the lockdowns it brought about, enabled governments to further deny civil rights and democratic freedoms. From March to December 2020, the V-Dem Institute’s Pandemic Backsliding Project (PanDem) monitored the extent to which 144 governments violated human rights standards set for emergency situations.

Electoral Autocracies and even Liberal Democracies showed violations in varying degrees. The risk of pandemic-induced democratic backsliding was “high” in Sri Lanka, the report pointed out.

The report maintained that international human rights laws could be disregarded “only within certain boundaries” during emergencies. Emergency measures must be “proportionate, necessary and non-discriminatory”, have a clear time limit, and not be implemented in an excessive manner, the report said.

With these standards as benchmarks, the study found seven types of violation: (1) discrimination against minorities, (2) violations of fundamental rights (non-derogable rights), (3) excessive use of force, (4) absence of a time limit for emergency measures, (5) limitations on the legislature’s ability to constrain the executive, (6) official disinformation campaigns, and (7) restrictions on media freedoms.

Restrictions on media freedom were the most common, with about two-thirds of all countries imposing at least moderate curbs. Almost a third of the countries had emergency measures without a time limit. The legislature’s role was limited during the pandemic in 17% of the countries. Discriminatory measures occurred in 15% of the countries, and violations of non-derogable rights in 7%.

Violations were more common in Autocracies and Electoral Autocracies. The Saudi government detained hundreds of migrant workers in overcrowded and unsanitary conditions and the Venezuelan authorities detained thousands of its citizens who were returning from abroad in makeshift facilities. There were alarming reports of harassment of journalists covering Covid-19 in India. In Electoral Autocracies like Turkey, authorities arrested journalists for their reporting on the pandemic and detained hundreds of citizens for discussing the issue on social media.

On Sri Lanka, the report said: “Violations also occurred in Liberal Democracies, most notably in Sri Lanka and El Salvador, where they caused a substantial decline in democracy compared with the previous year. The Sri Lankan government used the pandemic to impose new restrictions on the media, intimidate and silence critics, and repress civil society organizations. V-Dem data also recorded a noticeable decline in judicial independence and in the autonomy of the election management body.”

India, known as the “world’s largest democracy”, the report said, had turned into an “Electoral Autocracy”. There was a gradual deterioration in the freedom of the media. Academia and civil society were curtailed. Most of the decline occurred following the Bharatiya Janata Party’s electoral victory in 2014 and its promotion of a Hindu-nationalist agenda. India’s level of liberal democracy registered a “steep decline” since its high in 2013, making it “one of the most dramatic shifts among all countries in the world over the past 10 years, alongside autocratizing countries like Brazil, Hungary, and Turkey.”

To quote extensively from the report on India: “The overall freedom and fairness of elections was hard hit, with the last elections held under Prime Minister Narendra Modi’s reign in 2019, precipitating a downgrading to an electoral autocracy.”

“The diminishing of freedom of expression, the media, and civil society have gone the furthest. India is, in this aspect, now as autocratic as Pakistan, and worse than both its neighbors Bangladesh and Nepal. In general, the Modi-led government in India has used laws on sedition, defamation, and counterterrorism to silence critics. For example, over 7,000 people have been charged with sedition after the BJP assumed power and most of the accused are critics of the ruling party. The law on defamation, upheld in India’s Supreme Court on May 2016, has been used frequently to silence journalists and news outlets that take exception to policies of the BJP government.”

“The punishments for critical messaging range from two years in prison to life imprisonment for words, spoken or written, or signs or visible representation that can cause hatred or contempt, or excites or attempts to excite disaffection toward the government.”

“Modi and his party have also placed constraints on civil society and have gone against the constitution’s commitment to secularism. Recently, the Unlawful Activities (Prevention) Act (UAPA) from 1967 and amended in August 2019 is being used to harass, intimidate, and imprison political opponents, as well as people mobilizing to protest government policies.

The UAPA has been used also to silence dissent in academia. Universities and authorities have also punished students and activists in universities engaging in protests against the Citizenship Amendment Act (CAA). The CAA was passed by India’s parliament in December 2019. It makes it possible for illegal immigrants that are Hindu, Sikh, Buddhist, Jain, Parsi or Christian to become citizens while denying it to Muslims. Arguably, the bill violates the constitution, which prohibits discrimination by religion.”

“Civil society is also being muzzled in the autocratization process. The indicators gauging the level of repression of Civil Society Organizations (CSO) and the government’s control of which organizations are allowed to exist (“CSO entry and exit”) capture that severe deterioration.”

“Meanwhile, civil society organizations aligning themselves with the Hindutva movement have gained more freedom. The BJP has increasingly used the Foreign Contributions Regulation Act (FCRA) to restrict the entry, exit and functioning of Civil Society Organizations (CSO). The FCRA was amended in September 2020 to further constrain the use of foreign contributions to NGOs within India.” 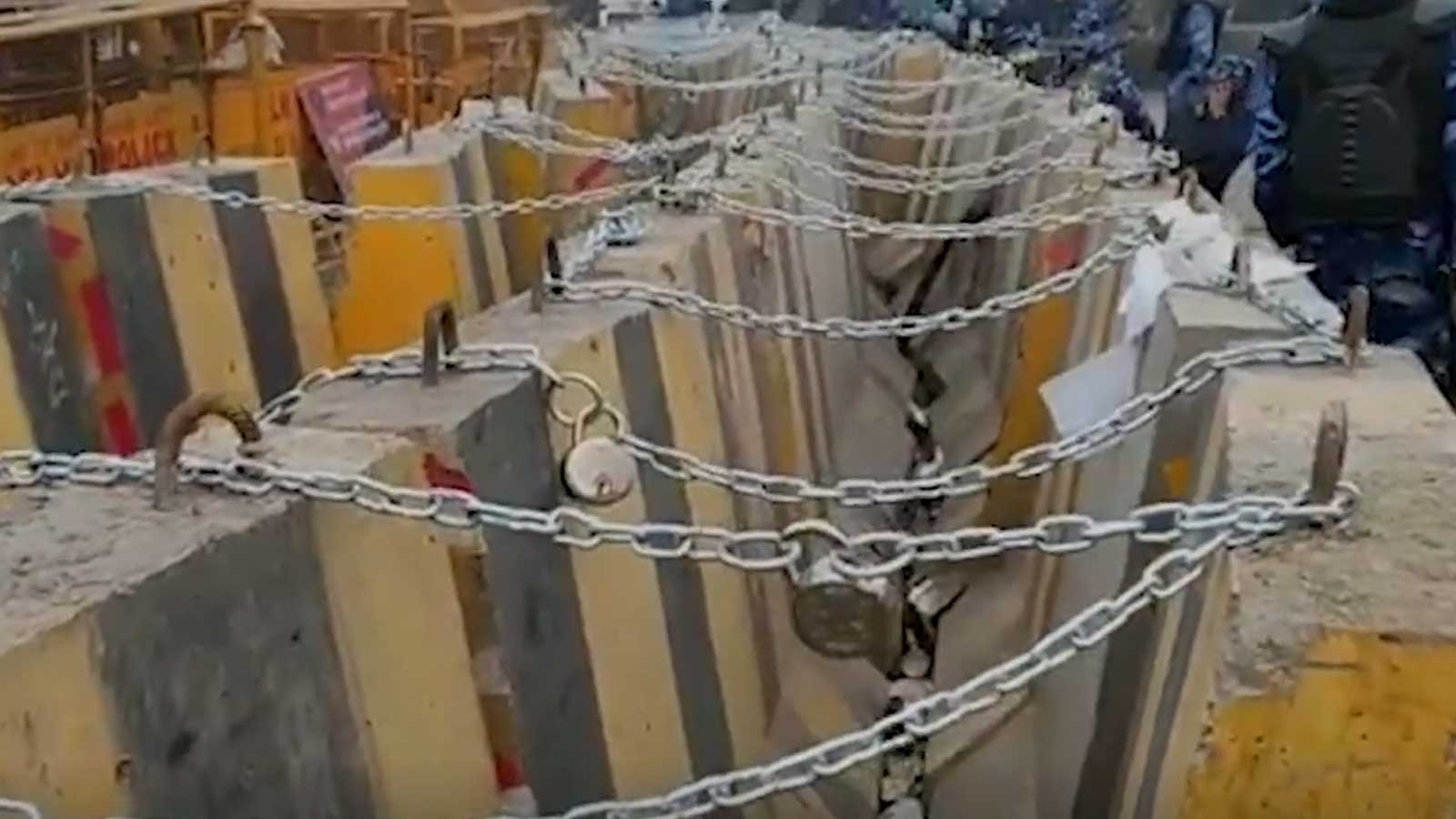