NEW DELHI: A European Union-mandated study has concluded that seven Indian companies figure in a list of commercial entities that are involved in the supply chain of components used by the Islamic State to construct improvised explosive devices (IEDs).

The report, by Conflict Armament Research (CAR), has found 51 such commercial entities from 20 different countries involved in the supply chain of 700 components used for the IEDs.

The Indian Express notes: “While four of the seven Indian firms denied having exported explosives or accessories to either Lebanon or Turkey, two confirmed that smaller suppliers of components such as fuses or detonating cords do not export these items directly, but through trading intermediaries or merchant exporters, and are mostly unaware of the final destination of the products.”

The CAR study notes that the components were all “legally exported” under government-issued licences from India to entities in Lebanon and Turkey. The companies mentioned produced, sold, or received critical material, such as chemical precursors, detonating cords, detonators, cables, wires, and other electronic components.

The Indian Express quoted ay Khemka, general manager of Chamundi Explosives, which is reported to have supplied safety fuses, saying: “Our product, namely safety-fuse, is an explosives accessory. Moreover, we have never exported our product directly to Lebanon or Turkey. Most of the time, our products are produced by us and exported by merchant exporting companies like Solar Industries, Economic Explosives, Premier Explosives and Ideal Industrial Explosives — all explosives manufacturers.”

All companies named by him figure in the CAR list.

Others denied the charge. A spokesperson for Secunderabad-based Ideal Industrial Explosives told The Indian Express, “Neither our company nor our sister company, that is, Ideal Detonators Pvt Limited have exported any products to Lebanon and Turkey. The allegation said to have been published in the (CAR) report is false and baseless.”

The Key Findings of the report are as follows:

Seven Indian companies manufactured most of the detonators, detonating cord, and safety fuses documented by CAR’s field investigation teams. Under Indian law, transfer of this material requires a licence. All components documented by CAR were legally exported under government-issued licences from India to entities in Lebanon and Turkey. 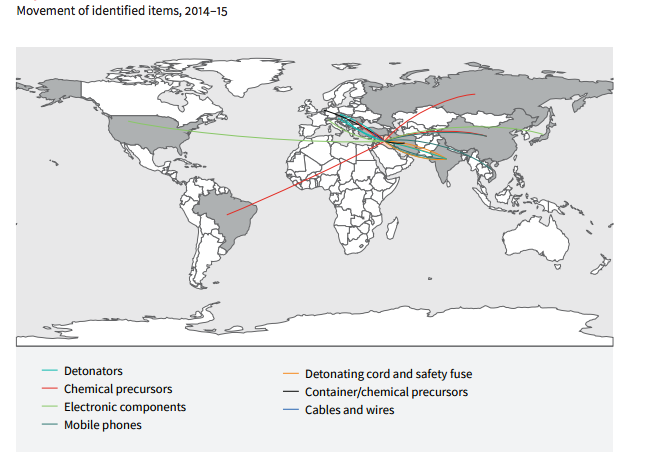 The Indian companies named are as follows: 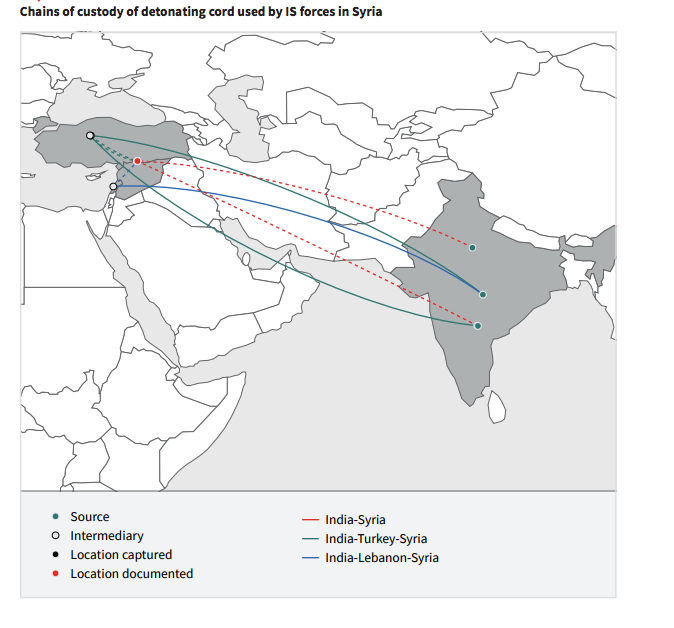 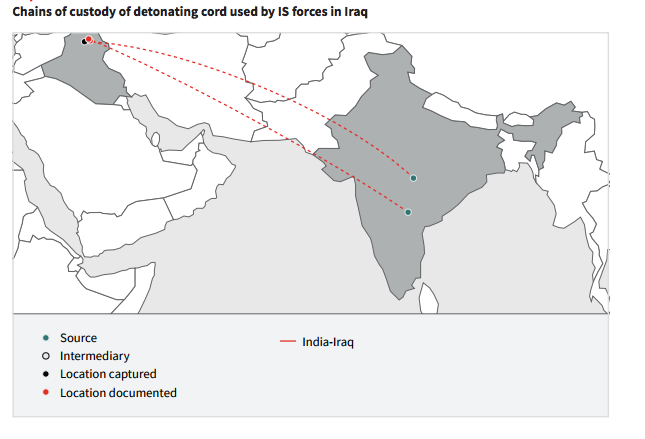 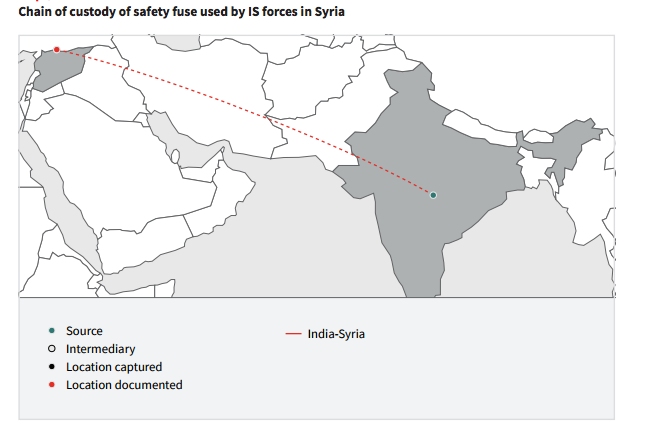 The full report can be viewed here:

What Was a MEA Official Doing at the 6th India-China Senior Military Commanders Meet? 12 minutes ago

The Definition and Politics of ‘Surgical Strikes’ 41 minutes ago

Did Syrian Kurds Miscalculate by Striking an Oil Deal with the US?