A few days before we celebrate Independence Day this year, a significant film called Dhananjoy (Bengali) will be released to raise questions not about the death sentence of Chatterjee but about placing this particular case against the larger canvas of the death sentence in India, its justification and punishment within the world’s largest democracy.

Dhananjoy Chatterjee- a security guard, was executed and hanged to death on the early hours of 15th August 2004, after serving imprisonment for 14 long years and after having appealed to all levels of court in the country; and finally, to the President of India.

The Film- Dhananjoy directed by award-winning filmmaker Arindam Sil and produced by SVF productions, is set in 2008, four years after the execution took place. The name of the characters in the film except that of Dhananjoy are changed in work of fiction. The film is based on one of the most important cases in the history of the nation- The conviction of Dhananjoy Chatterjee and its propriety is being raised through this film.

“Though this is entirely a work of fiction, it was inspired by a book entitled The Court, Media, Society and Dhananjoy Chatterjee’s Death Sentence in Bengali authored jointly by Paramesh Goswami, a human rights activist, Debashish Sengupta, and Probal Mukherjee who are professors at the Indian Statistical Institute. 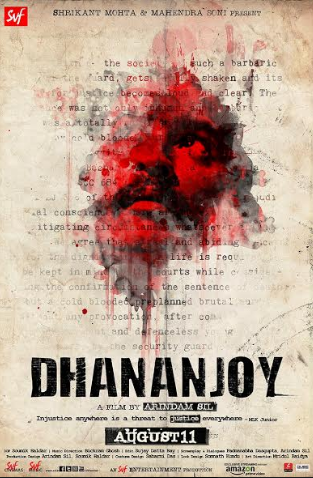 Noted filmmaker and my dear friend Atanu Ghosh had sent me the book suggesting I make a film if I am convinced with the research these three voluntary activists had done to prove that Chatterjee’s hanging was probably not right.

I am not raising questions about whether it was right or wrong to hang Dhananjoy or whether he was really responsible for the rape and murder of a Kolkata schoolgirl, but with this film, I am trying to raise questions about the criminal justice system of our country 27 years following the crime,” explains a committed Sil about what made him go ahead to make this film.

These three authors visited Dhananjoy’s family again and again, spoke to them and went through sheaves of documents during their research. They also helped Dhananjoy’s father and brother regain some of the land Dhananoy’s father was forced to sell off to pay the legal costs to defend Dhananjoy. Sil’s scriptwriter Padmanabha Dasgupta, and the research team created a file that ran into 5000 pages of research material. Sil asked Padmanava to bring out the core and write a full-length script for a film. He managed to do it and Dhananjoy is ready to release on August 11 in theatres across the country. 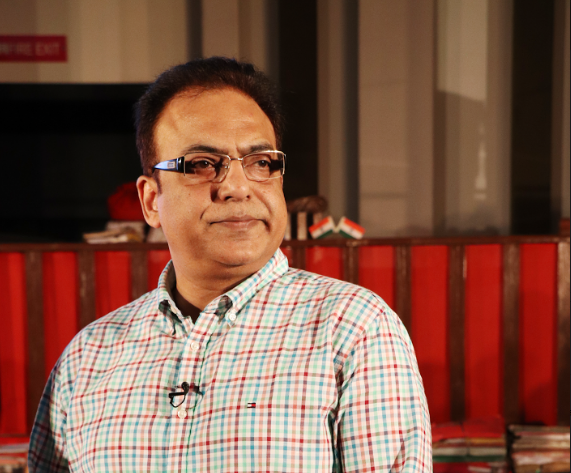 The Dhananjoy Chatterjee case was, for the first time, described as “the rarest of rare cases” of the death sentence for rape and murder in Independent India. The film univocally states that this is the ultimate example of imposing the death sentence on a person based solely on circumstantial evidence with a single shred of physical evidence.

The parents and brother of Hetal Parekh, the victim, were not questioned even once. Hetal’s mother was permitted to leave for Mumbai within six days of the crime. How is this possible and why were they not interrogated by the investigating team?

“In the history of the death sentence in India, this is the first death sentence of a civilian citizen carried out without a single shred of physical evidence and on circumstantial evidence alone and that too, after the man had already served 14 years of rigorous imprisonment behind bars. That is what this film Dhananjoy seeks to do. On the basis of our research for this film, we have concluded that Dhananjoy’s death sentence was premised on the massive media outcry so it was possibly a media-created trial that sentenced him to death,” says Sil.

In September 1997, a judicial inquiry ordered by the Maharashtra High Court into three incidents among scores of so-called “encounter” killings of armed criminal suspects by the Mumbai (Bombay) police (see Amnesty International Report, 1998) found that the police version of events was false. There was evidence suggesting that the three men were executed extra judicially. A 10-year-old boy was killed and several others were injured during a cordon-and-search operation in Nowpora village in Jammu and Kashmir. Parents were delivering their children to school when members of the Border Security Forces opened fire, reportedly indiscriminately. An investigation was ordered, but had not been completed by the end of the year.

When Mahatma Gandhi was assassinated in 1948, members of his family, including his son suggested clemency for assassin Nathuram Godse, as a fitting tribute in memory of a leader who had laid down his life in the cause of non-violence, peace and universal brotherhood. But the tremendous public outcry followed by the killings of Brahmins in Pune wiped out the appeals in the outrage against Godse. Today, Mahatmar Gandhi’s grandson Gopal Krishna Gandhi has requested clemency for Yakub Memon, kingpin of the Mumbai blasts in 1993 through a letter to erstwhile President Pranab Mukherjee in 2015.

Thus, the death sentence remains an issue of debate. It is one thing for Gandhi’s family to request clemency for Godse and quite another to appeal for Presidential clemency for the Mumbai bomb blasts that resulted in 257 deaths and 713 non-fatal injuries over 12 serial blasts that shook the entire city. Social theorist and psychologist Ashish Nandy writes:

The death penalty degrades not only its objects, but also, each of us who remain its non-protesting, silent spectators…no victim of any socially imposed  penalty is an island entirely unto himself. He is, to some extent, what we have made of him. Each of us is in him, as he is in us.

In Right to Live, Sr Advocate, Supreme Court, P..P. Rao cited a case about some Naxalites who went to a timber merchant disguised as dealers and stabbed and killed him the minute he turned around to bring them tea. But the single-judge High Court did not grant the killers the death sentence because “they had killed for an ideology and they were not ordinary criminals.” “Has the society changed in any way because of their ideology and the killing?” Rao asks. Sathyu’s film also carries interviews with Dhananjoy and his father clips from which have been incorporated in Dhananjoy to invest the film with a sense of authenticity and conviction.

Nitya Ramachandran stated that awarding the death sentence to a given person, never mind the gravity of the crime is tantamount to punishing the family of the convict that is completely innocent. Dhananjoy’s parents, his brother, sisters, his wife he had married just a month prior to the crime, are in a devastated state financially, emotionally and socially. Why? Is not the state that has awarded the death sentence also responsible for the care of the family he leaves behind? This has been shown through fictional accounts in Dhananjoy where the father, brother and wife of Dhananjoy have been interviewed on the man’s death sentence.

Anirban Bhattacharya, who fleshes out the celluloid version of Dhananjoy in the film, says that he was traumatised by his personal visits to Dhananjoy’s family and that his entire performance was drawn from scratch and imagination as he had absolutely no frame of reference to fall back on. He had never experienced the kind of trauma this young man went through. He has had no interaction with the man he portrayed. But the trailers reveal layers of serious narration through which unfolds a true story that is married to a bit of fiction yet manages to raise pertinent questions about the death sentence in India.

Delhi Silent As US Forces Taliban Pact - Will Afghans Throw Up? 3 hours ago