Brett Lee In The World Of Sound

Five years ago, quite suddenly and perhaps traumatically, the Australian cricket legend Brett Lee faced one of the most difficult nights of his life. In that point of time and space as he was frantically engaged in giving his best shot in the IPL, struggling with the unpredictable temper of the game, one call was about to change his life, forever.

This sudden, unnerving and subconsciously disturbing call for a second did collapse his entire world. Way back in Australia, his five-year-old son Preston had suffered a major injury. He fell while playing, cracking his skull, compressing a vulnerable nerve causing hearing loss. Even today when Brett recounts the incident and the mayhem it caused, one can discern the shadows of trouble, concern, stress and fear on his face, which he definitely fights back immediately with grace. His little silence, nervous body language and intermittent pause while remembering that night till today reveals his undying love for his family and how strongly, bravely and fortunately, his family survived perhaps one of their greatest traumas.

Interestingly, what followed over the course of 12 months for both Preston and Brett Lee would later in the coming years transform into a blessing, a magical cure for thousands of children who suffered from hearing loss! As Brett frantically, hopefully and intensely started looking out for ways in which a child with hearing loss could be cured, Cochlear and its various implants kept showing in search results. With intense passion, curiosity and thirst to know more about healing his son, Brett started getting more and more engaged with understanding Cochlear and what it did. It was a tragic time and perhaps explaining it in words would not do justice to the trauma faced by the family. 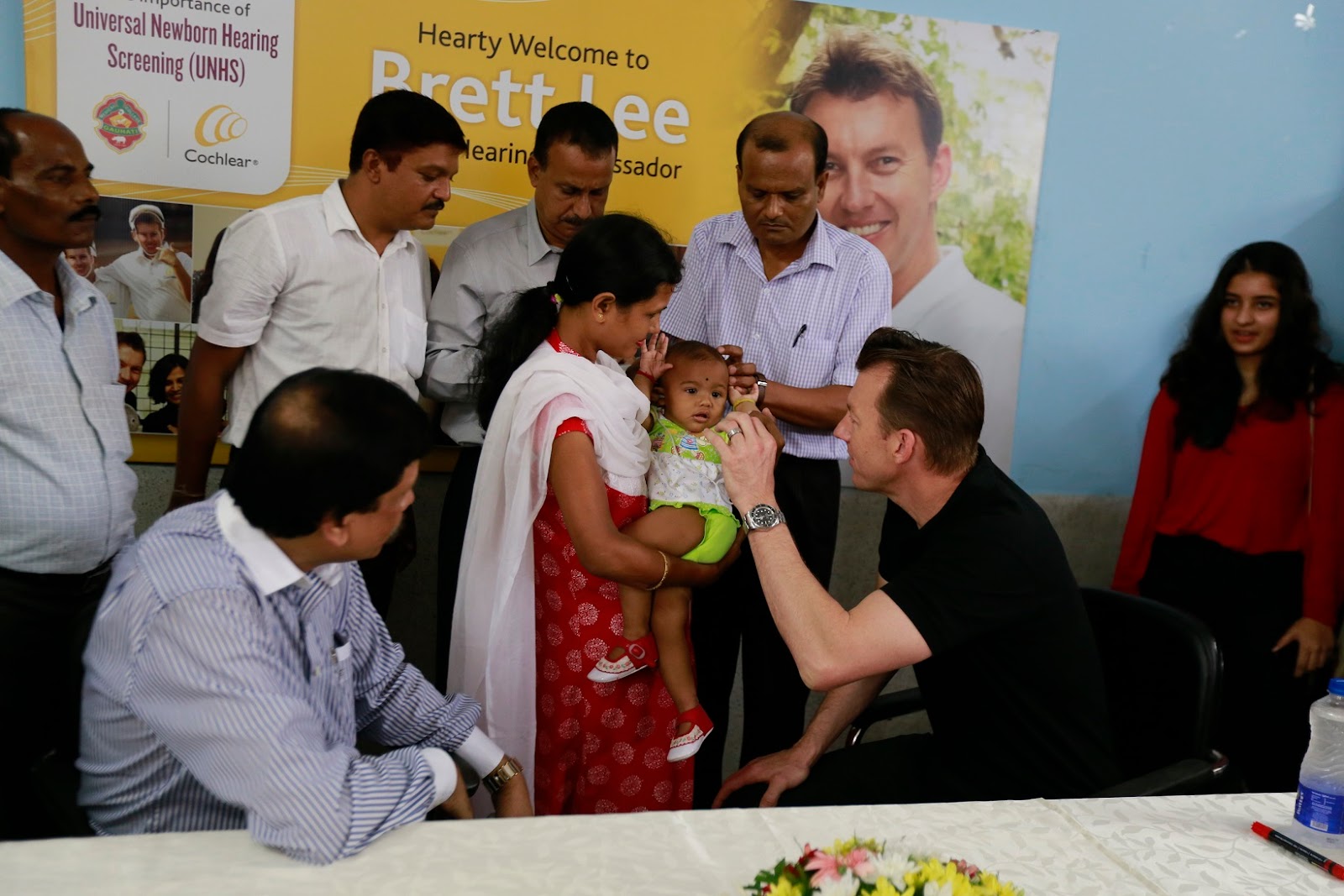 Fortunately, Preston who did suffer for twelve months, especially in hearing properly in school was naturally healed as the compressed nerve cured itself. What followed next was perhaps the journey of a father who learnt from his pain, connected the dots and promised to fight for a cause so that no other family suffers the way he did. And to put it more beautifully, as Brett became the Global hearing ambassador of Cochlear, an Australian based company that provides new hearing solutions and implants, the journey took him more into himself and revealed about what he stood up for. 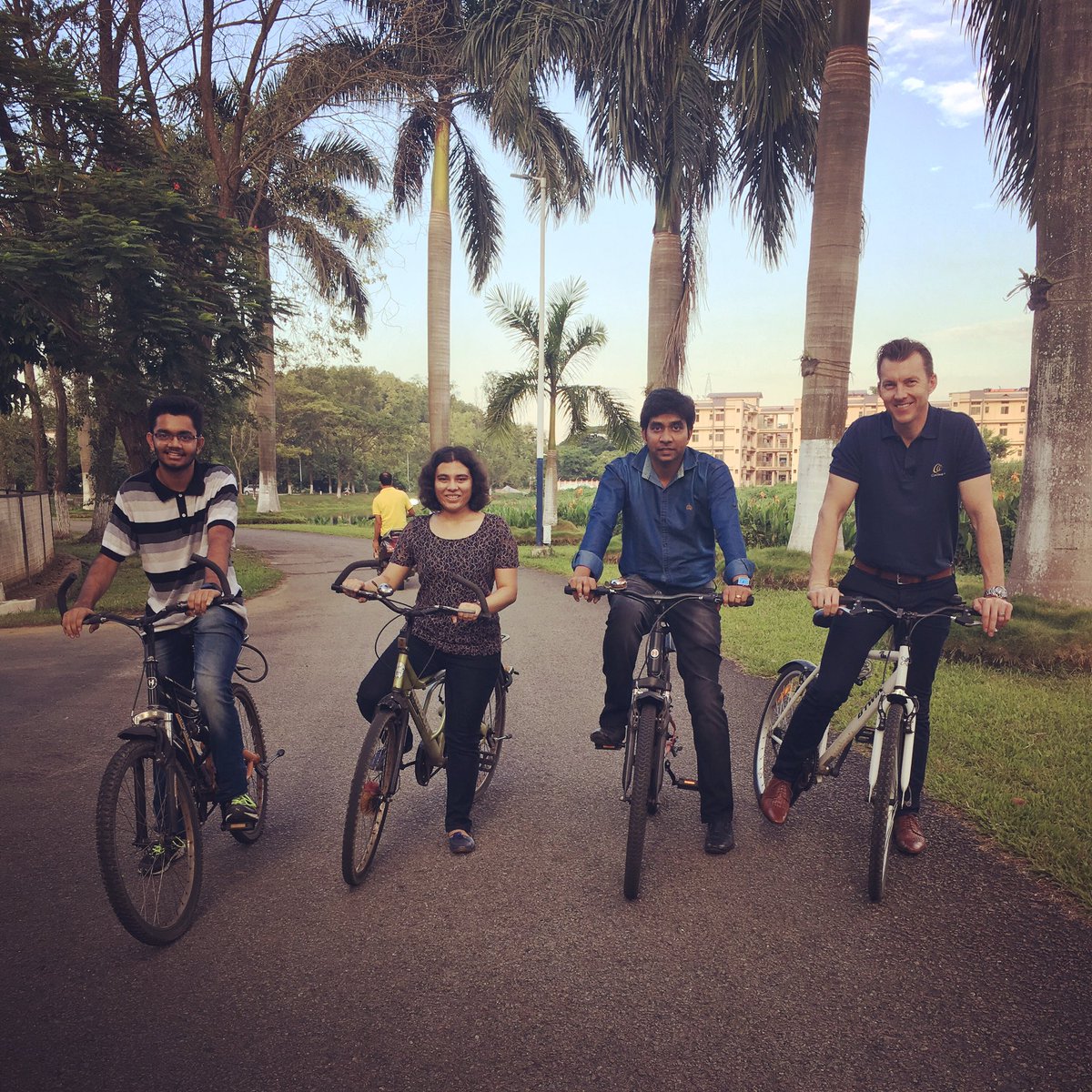 Speaking with utter nostalgia about his intense infatuation with India, a country that keeps growing inside his bones, Brett strongly believes that he is not entitled to just create beautiful memories here but he also needs to give back. Following the lesson from his mentor, Brett believes that giving is the most selfish thing because it makes you feel good. So, in his new role, Brett who interestingly does not feel alienated or exiled in India has been creating a change, an impact.

Since October 2015, under his visionary guidance and well analyzed decision-making skills, Cochlear has garnered awareness especially in Kerala, Karnataka, Maharashtra, Assam and Delhi. In fact, the Kerala government would make it mandatory for every new-born child to undergo a universal hearing test. All these little victories are stepping stones for Brett and his team that are working with amazing diligence, research, vision and hope to create a change, to stand for a cause. 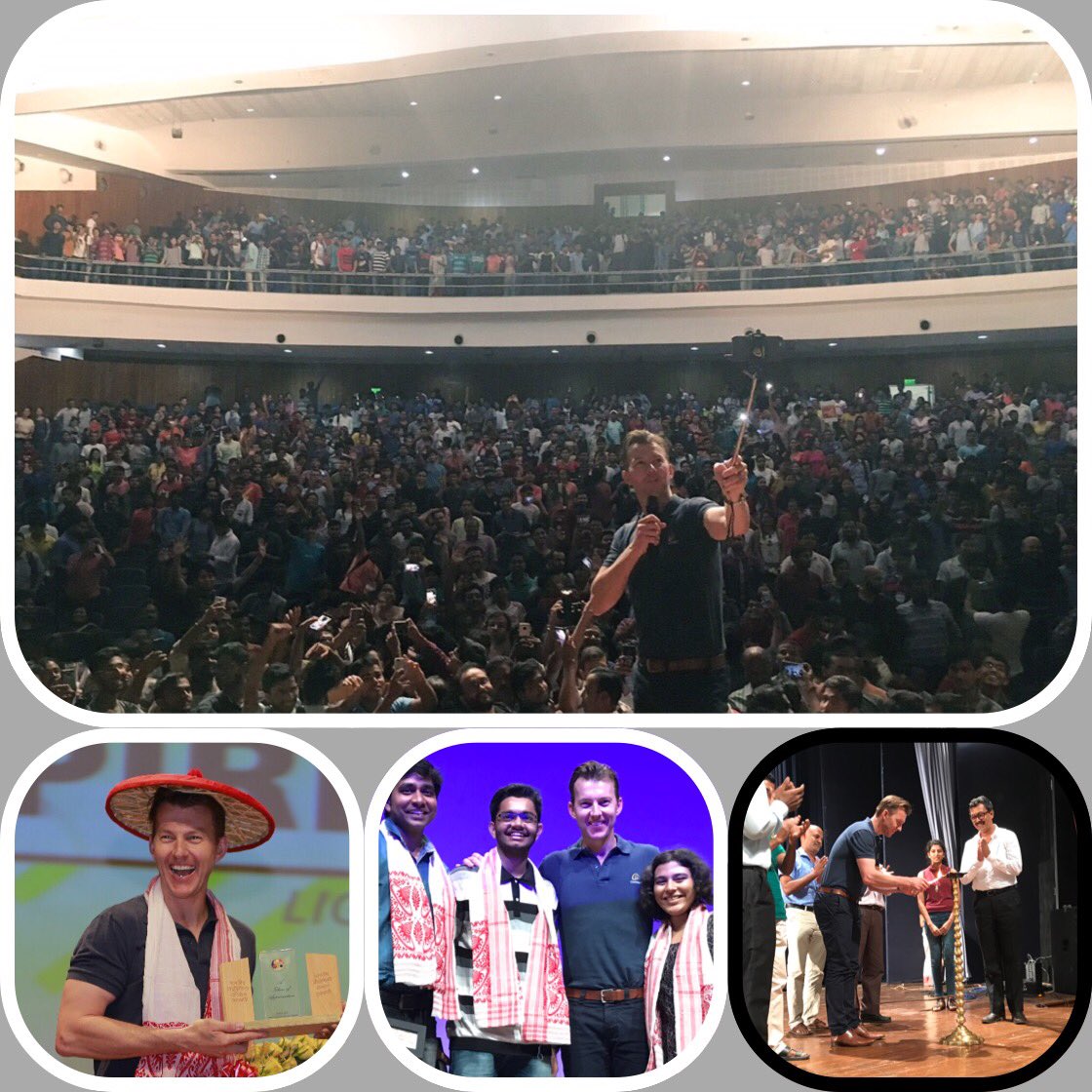 Explaining how hearing implants work, Brett reveals how the gap in suffering hearing loss and later using an implant creates a lag in the brain processing of the child. Also, with an infectious curiosity, he describes how the implants are different from a normal hearing aid. He explains how cochlear implants have embraced technology and over the period of time, their impact as well as shape and size have been modified. The precision with which he goes into the detailing of explaining the process at times reveals as if he himself has undergone the loss of sound and hence, knows exactly how it has an impact.

Out of all the heart-touching stories he has experienced, Brett always remembers the story of an elderly British lady from Cambridge, UK who was able to hear for the very first time after a Cochlear implant. The impact that experience had on her, her first natural embrace of sound and its emotional intensity is something that can never be forgotten. One can witness another emotional story as follows.

While recently speaking at IIT Guwahati, Brett introduced three Cochlear recipients who hailed from IIT itself and revealed their personal story. Shruti Gupta, a 20-year-old student from IIT Bombay was diagnosed with hearing loss at 1.5 years. But one look at her today, her beaming face with child-like smile and graceful humility speaks a lot about her personality. In fact, she too has created an app for students with disabilities. Stories of two other IIT Alumni like Yash Kumar and Ajay Kochiri are also heart-touching; especially the way their presence itself reveals the power of human spirit and how very important is the gift of sound, its feel.

The magic, impact and intensity of creating memories through human connections is perhaps the best gift in life, Brett has realized that this is just the beginning of the journey. There are miles and miles to go before he sleeps. Instead of getting swept and overwhelmed by the momentary impact of thousands of fans running after him with love and kindness, Brett understands the value of it but never, never gets lost in the stardom. In fact, he always, always connects his presence with Cochlear in a very humane way so that the cause that he stands up for is always greater than his victories in the past. 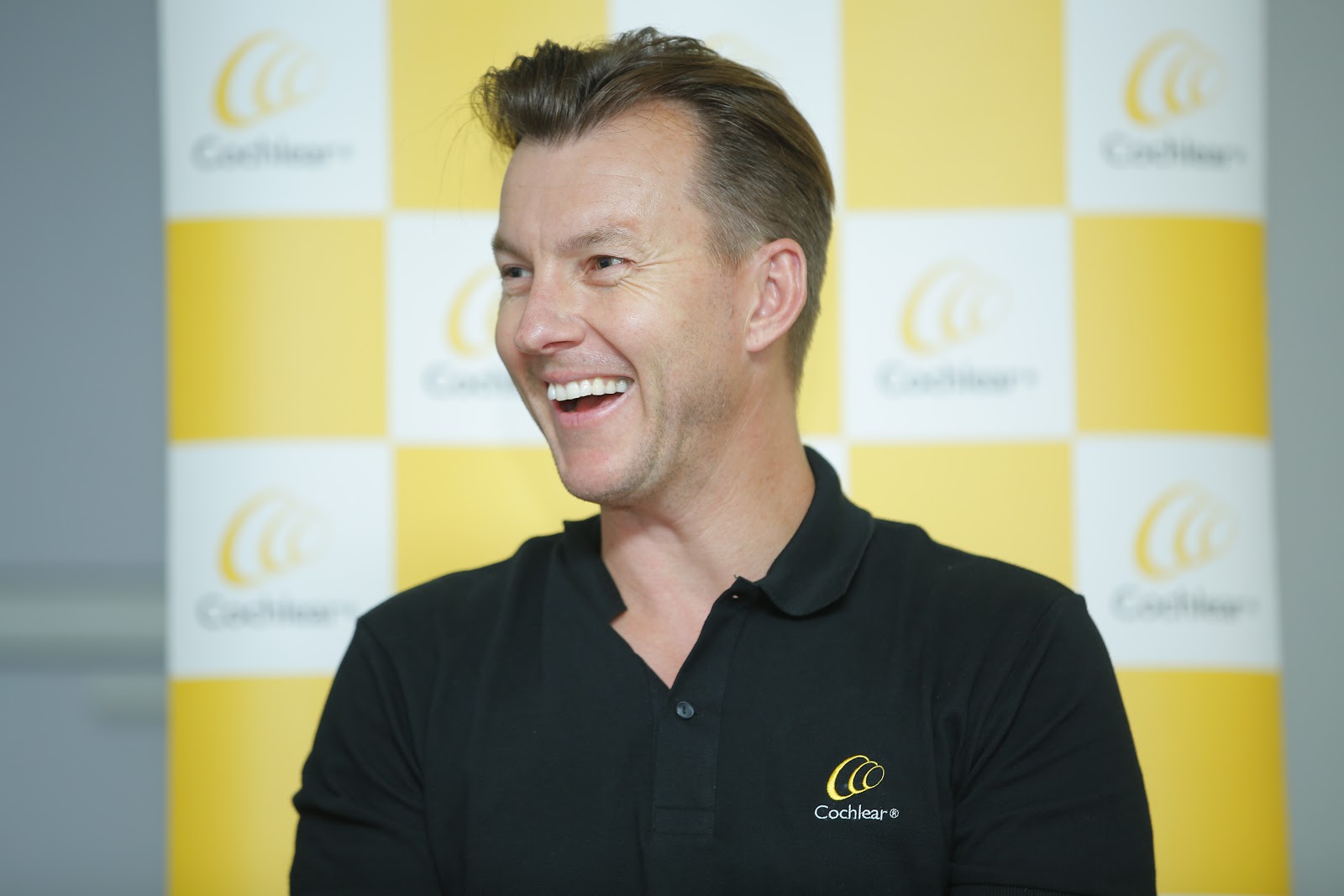 Though the absence of sound and how it can alienate a human being is too difficult to understand if not experienced, Brett’s narrative and passionate story-telling endows justice to the cause. It’s the little magic of small things that reveal the various facets of humanity and how empathy, kindness and the humble power to give back to society can perhaps be the biggest, truest and humblest reflection of human spirit.

India’s Guest This Republic Day: “I Wouldn’t Rape Her Because She Doesn’t Deserve It” 14 hours ago