Panchlait: The Joy of Light

Panchlait: The Joy of Light

Phanishwar Nath Renu is recognized as one of the most talented and persistent litterateurs in Hindi literature.

Sadly however, Indian cinema has left his short stories largely unexplored. It therefore comes as a pleasant surprise that a relatively new director with a long track record of having assisted noted directors in Bengali cinema has ventured to make his first full-length feature film in Hindi based on a very famous short story by Phanishwar Nath Renu.

The story opens around the fifth or sixth decade of the 20th century in a small village of North India. Electricity has not lit it up till now. The village, far from the show-offs of modernism, is rooted in its own little sorrows and joys. It is a small world by itself within the larger one.

Says director Prem Modi, “I have grown up reading Phanishwar Nath Renu’s stories in school. I always had an inclination towards literature, growing up in Bengal. I wanted to reach out to a larger audience so the medium had to be Hindi. What better story other than Renu’s creation? The simplicity in Phaneshwar Nath Renu’s literature and the beauty with which he portrays our cultural roots is hard to miss. He is a stalwart in Hindi literature and it is an honour to bring his story on screen.” 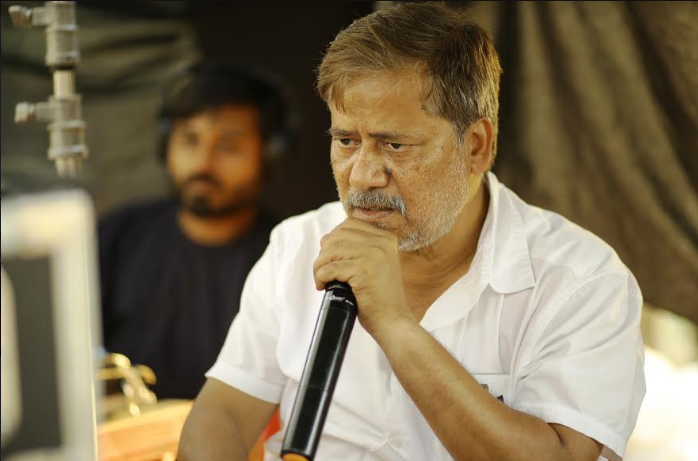 Panchlait is perhaps the second prominent film to be picked from Phanishwar Nath Renu’s priceless collection of short stories. Panchlait is the local name in the northern parts used for Petromax called panchlait in the local lingo. It is a kerosene lamp which uses paraffin and a hand pump is used to pressurize it, in order to light it up.

“The film has several layers of relationships that explore relationships between and among members of the village community who look upon this Panchlait not only as a source of light to reduce the “darkness” in the village but also a prestige issue for a village tola that does not own a Panchlait while other tolas in the neighbourhood do,” says Prem Modi, the director.

The film also touches subtly on the hierarchy among the village members where a young man Godhan (Amitosh Nagpal), is thrown out and ostracised by the village community because he took courage in his hands to profess his love for the pretty Munri, (Anuradha Mukherjee), a girl in the tola through what the village elders consider to be lewd and suggestive! But this is set in the fifties and moral values were different then specially within the village communities.

“Set in the fifties, a small village of North India, Panchlait’traces the journey of an otherwise happy-go-lucky sub cast of people known as Mahato Tola who gather together in pursuit of the coveted ‘Panchlait’ as theirs is the only community in the entire village which does not have one,” informs Modi. 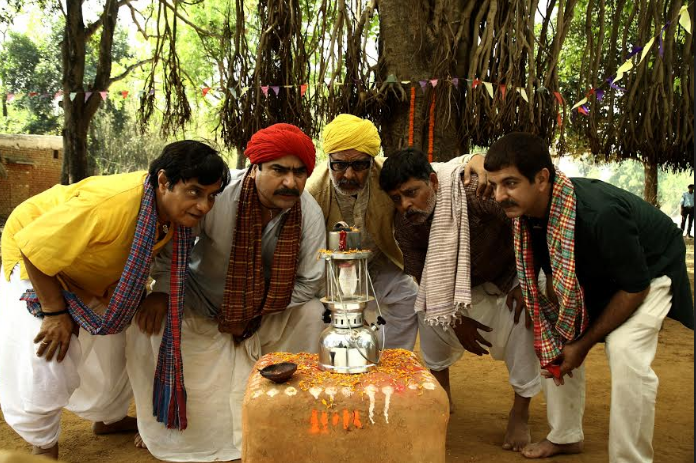 The village has no electricity and so, the ‘coming’ of the Panchlait is a cause for great joy and celebration through rituals, pooja and music. But no one in the village knows how to switch on this kerosene lamp because they have never learnt to light it. The only exception is Godhan. But he is ostracized so bringing him back will be against the village rules. On the other hand, asking someone from a neighbouring tola to come and light this panchlait is a prestige issue.

“I am not here to preach something through this film or educate the audience and I believe people come to watch a film primarily for entertainment. Having said that, I also wanted to do justice to Renu’s story as well as wanted to show the real essence of our country through this film,” says Modi.

Modi has put together a very impressive cast that does not have big banner, crore-ranked actors but actors who offer a promising blend of veterans, established actors and new actors. Among them are Yashpal Sharma, Rajesh Sharma, Ravi Jhankal, Brijendra Kala, Lalit Parimoo, Punyadarshan Gupta, Malini Sengupta, Nayana Bandopadhyay, Uma Basu and Arunima. The music sounds very promising as it has been scored by Kalyan Sen Barat who does not need any introduction among the Bengali audience.

The film has been produced under the banner of Funtime Entertainment comprised of Anil Somani, Pramod Goyal and Anup Todi. The script is by Rakesh Kumar Tripathi. The lyrics and poetry drawn frm the rich creations of Raskhan, Kabir, Vidyapati, Lalit Kishori, Surdas, Shree Narayan Singh besides Rakesh Kumar Tripathi.

The film has been edited by Sanjib Dutta and cinematographed by Joy Supratim. Anirban Sengupta has created the sound design while Sukalyan Bhattacharya was in charge of the choreography. Noted singers who have lent their voices to the songs are - Javed Ali, Rupankar, Anweshaa and Pt Sanjay Chakrabarty.

It is a real challenge to extend a ten-minute short story into a full-length feature film. But the extremely low-profile and shy director Prem Modi has done this impossible. Modi, born and brought up in West Bengal, began his film career assisting stalwarts like Gulbahar Singh for Goal, Dattak and Abaidha, Anjan Dutt for Chalo Lets Go, Suman Mukhpadhyay for Chaturanga based on a Tagore novel, the late Anjan Das for Jara Brishtitey Bhijechhilo and Faltu and Aparna Sen for Iti Mrinalini.

But it took him 14 years to turn an independent director. “I began my career as an actor and assistant in 1999 and it is only in 2012-2013 that I could get a producer to make my first directorial film Arjun – Kalimpong e Sitaharan in Bengali. It was a thriller based on a Samaresh Majumdar story from his “Arjun” series of thrillers. It did not do too well because both marketing and promotion were very low,” says this young director.

Asked about his feelings about the audience response to this unusual kind of film, Modi says, “I am aware that today’s generation is all about Iphones and Selfies, face book and Instagram. But we cannot ignore basic human emotions. We still have emotions and we still like small and simple things. Human emotions will never change. This film is all about that. People will relate to this film and will love the simplicity of that era. We may not aspire for a Panchlait in big cities but we know the pain of chasing a dream and the joy of fulfilling a desire.”

The last memorable feature film based on a Phanishwar Nath Renu story was the classic Teesri Kasam (1966) directed by Basu Bhattacharya which won the National Award for the Best Feature Film at the 14th National Film Awards. The original story was titled Mare Gaye Gulfam. Despite the critical acclaim and the top award, Teesri Kasam was a commercial flop. But it remains a beautiful film marked by stellar performances by Raj Kapoor and Waheeda Rehman.

Panchlait also weaves a tribute to Raj Kapoor while it is tribute to the creative powers of Renu. Raj Kapoor because the character Godhan, is a Raj Kapoor fan and mimics the actor in some of the scenes. “Though it captures a bygone era in the North Indian village, it has a very contemporary relevance,” Modi sums up.

Limits To Power - Taliban In Kabul, Jailbreak In Israel 17 hours ago