On The Steps of Jama Masjid…

NEW DELHI: I fear no foe, with Thee at hand to bless
Ills have no weight, and tears no bitterness
Where is death's sting?
Where, grave, thy victory?
I triumph still, if Thou abide with me…


The steps of Delhi’s Jama Masjid resonated with Gandhi’s favourite hymn Abide With Me on January 18 2020, decades after Gandhi had broken his fast on the same date in 1948 after the Hindu Mahasabha and RSS had signed a pledge to ensure the safety of Muslims in Independent India. \

A momentous protest that big television news channels chose to ignore, had hundreds reaching Jama Masjid to pledge their support to the Constitution of India as they opposed the Citizenship Amendment Act, the National register for Citizens, and the National Population Register --- all denounced as schemes to divide India along religious lines.

The protest Not in My Name reminded all gathered at Jama Masjid ---students, locals, scholars, professionals of Gandhi’s fast and as one of the organisers Saba Dwan said, “we gathered in memory of Bapu to pledge that we will protect the Constitution of India and thereby the promise of democracy, secularism, equality and fraternity that keeps us the people of India together.”

Hundreds gathered on the steps of Delhi’s Jama Masjid two nights ago, January 18, in memory of Gandhi’s last fast for the safety of the Muslims in Independent India. He ended the fast on January 18, 1948 when various organisations inclouding the RSS and the Hindu Mahasabha agreed to sign a declaration promising the security of life and property of Muslims.

This Friday Sohail Hashmi read out the Preamble of the Constitution, every line repeated by the congregation. Dewan read it in English, and all pledged to uphold and defend it as the people of India. As Devan said, the CPA, NP{R and NRC “shatter the promises made in (Gandhi’s) declaration. For Gandhi, India belonged to all. He would have found the idea of linking citizenship to religion abhorrent.”

Amazing Grace and Abide with Me, were sung with passion, a first for Jama Masjid. Speakers drew on the unity of India, its diversity drawing from all religious scriptures to enforce the unity of humankind and the power and strength of non violence. Sardar Daya Singh, Purshottam Agrawal, John Dayal, Mufti qasim Kashmi, Sushant Singh,Lokesh Jain, Anastasia Gill and others spoke as well.

A quick look at the amazing protest through videos and photographs: 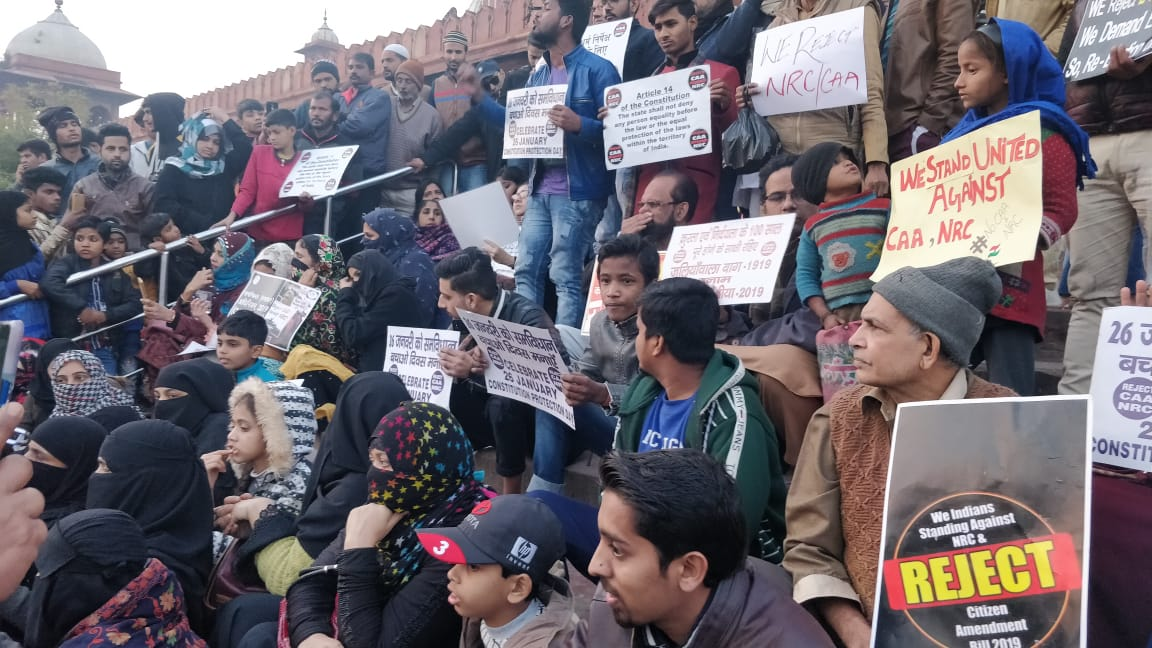 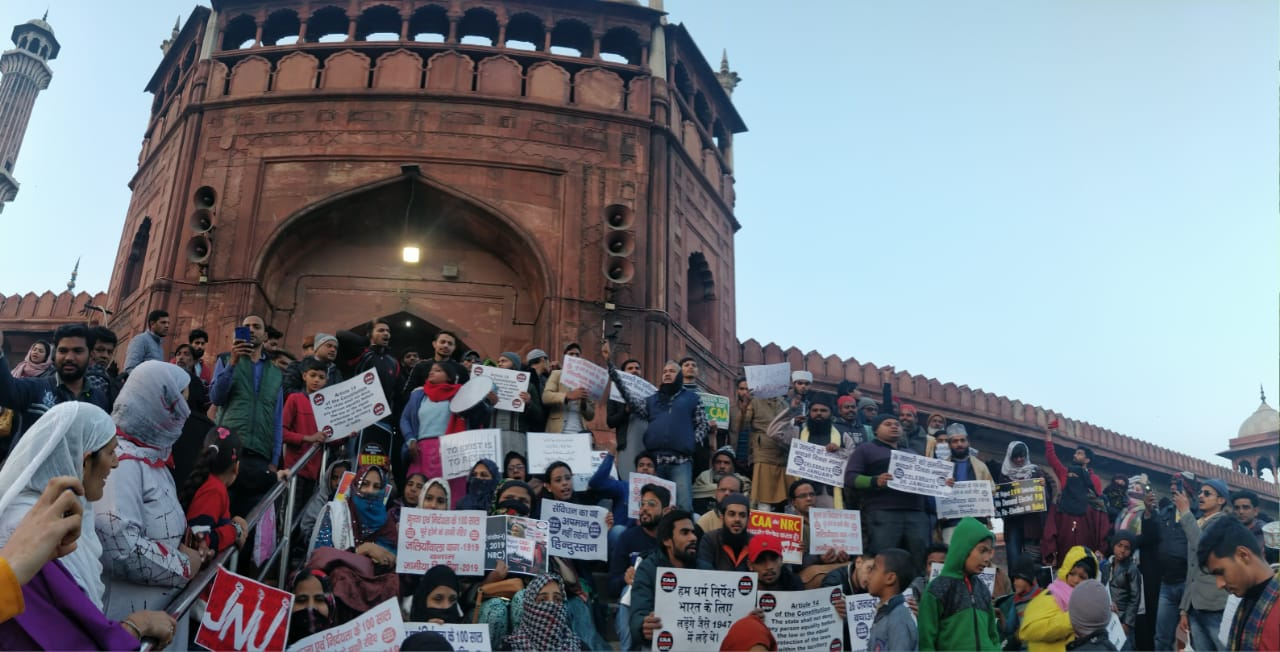 Lohri Celebration with a Difference : Farm Acts to be Consigned to Bonfires