The churning in Punjab's political pot continues even after the people of the state elected a government, giving a brute majority to the Aam Aadmi Party (AAP) just three months ago.A parliamentary by-poll necessitated by elevation of Bhagwant Mann to the post of the Chief Minister has become a catalyst in this process.

Mann had to give up his membership of Lok Sabha from Sangrur constituency in the Malwa region from where he had been elected twice in 2014 and 2019. The scenario that is emerging is interesting and will dictate the developments leading to the 2024 Lok Sabha polls, and the next Assembly as all the political parties are engrossed in it.

The Congress was routed in the recent polls as it won only 18 of the 117 seats, and the exodus from the party continues. Former Chief Minister Captain Amarinder Singh parted ways ahead of the polls, former state unit chief Sunil Jakhar jumped over to the Bharatiya Janata Party (BJP) recently, and more Congress leaders including former ministers and legislators have followed suit. These include names like Raj Kumar Verka, Balbir Singh Sidhu, Gurpreet Singh Kangar and Sunder Sham Arora.

What makes the BJP an attractive destination for these politicians, given that the saffron party did not fare well in the recent polls and that its popularity among the common people continues to be quite low at the present? The second question that pops up is, why is the BJP keen on taking these leaders, particularly from the Congress? This becomes pertinent in the light of the opinion of political observers who feel that barring Jakhar who carries a clean image and reputation, the others are not going to benefit the saffron force in any way.

Jagrup Singh Sekhon, a renowned political scientist and expert on Sikh political history, explained, "one can understand this through a popular Punjabi saying 'majj bhukki te tuudi gilli' (a hungry buffalo is willing to even consume wet straw). The hungry buffalo here is the BJP trying to expand its base and is not averse to taking anybody in, despite the fact that the Congress leaders were pounded by the people in the elections."

Sekhon added that it needs to be understood that the times have changed and people think differently, "the farmers' movement has made the voters very conscious. They expressed their anger against the 'established' leaders by defeating them. The 'orphans' who have had no godfathers are not to be counted anywhere in the emerging scenario," he added.

Similarly political observer and chronicler of Punjab's political history Vijay Bombeli said, "it's all about the hunger for power and there is no inclination of doing service to the people. With their baggage of wrongdoings in the past, many feel that the choice before them is to either join the BJP or face ED (enforcement directorate)."

He added, "the BJP needs a foothold. The perception among the political parties is that a leader from another party comes with his band of supporters. But the fact is that only leaders go and not the voters. In such a scenario it is the AAP that is going to benefit." Many feel that the BJP will contest the 2024 polls in strength, and will be looking to reap benefits from the Hindu-Sikh narrative that came up for the first time during the recent polls.

Moving on to the Shiromani Akali Dal (SAD) which is the oldest regional party in India, the traditional political powerhouse is desperately trying to revive its fortunes in the electoral milieu of Punjab. Observers point to the party shifting once again towards the Panthic politics for its revival.

This is evident in its decision along with that of its ally Bahujan Samaj Party (BSP) to field Kamaldeep Kaur for Sangrur Lok Sabha by-poll. Kamaldeep Kaur is the foster sister of Balwant Singh Rajoana who is an assassin of former chief minister Beant Singh, and is a death row prisoner. Rajoana had appealed to the people to vote for SAD candidates ahead of the recent polls when he was out on parole.

Through this candidature, the Akalis are playing up the issue of 'Bandi Singhs' (Sikh prisoners who continue to languish in jails despite having completed their sentences).

The Akalis have tried to present her as the joint Panthic candidate and she had even reached out to Simranjit Singh Mann of Akali Dal (Amritsar) known for his hardline politics who is also a candidate for the by-poll. "The SAD has teamed up with panthic organisations to elect Biba Kamaldeep Kaur Rajoana to Lok Sabha to send a strong message to parliament to release all Bandi Singhs (Sikh prisoners) including Bhai Balwant S Rajoana who are in jail even after completion of their life sentences. It is our bounden duty to relieve all Bandi Singhs including Bhai Balwant S Rajoana from the intense suffering they are undergoing. Bhai Rajoana has been incarcerated in an 8×8 feet cell for 28 yrs without parole except once when he was allowed to attend his father's cremation. I appeal to Punjabis to shed all political differences to achieve freedom for Bandi Singhs. Earlier also Pbis united in 1989 to elect S Simranjit S Mann to Lok Sabha in absentia which resulted in the latter's unconditional release from jail. The same unity is needed today," said SAD president Sukhbir Singh Badal in his tweets.

The other candidates in fray are Dalbir Singh Goldy of the Congress who had also contested the Assembly poll against Bhagwant Mann from Dhuri seat, Gurmel Singh of AAP who has been a party volunteer and Kewal Dhillon of the BJP who is an import from the Congress.

Observers also feel that the recent reported statements coming from Sikh clergy, particularly those from Akal Takht acting Jathedar Giani Harpreet Singh to the Sikhs to go in for arms training and weaponize themselves is yet another move to bring the Akalis back to the forefront of Panthic politics.

But the Akalis are finding it very difficult to shed the baggage accumulated during their decade-long tenure in power in alliance with the BJP. The alliance was over only when they had to walk out under pressure from the farmers' movement. Be it granting of pardon to the Dera Sacha Sauda head Gurmeet Ram Rahim Singh for blasphemy by the Akal Takht, that was later revoked following an outburst from the public, or failure to bring the cases of desecration of holy texts that also saw the killings of innocents in police firing during a public protest at Behbal Kalan in 2015 to logical conclusion, the Akalis continue to face public ire. Add to this their continuing alliance with the BJP even after the three 'anti people' farm laws were promulgated and in fact their defending these laws till they were compelled by the emerging scenario to do away with the alliance.

"There is no chance of Akali revival through such moves like raking up Panthic issues. The people continue to be against them and they have been weakened by the BJP over the last few months," said Bombeli. "They cannot go back to the pre-1996 time as things have changed a lot since then. Their fortunes are downhill and people are disillusioned with the Badal family. The party cannot claim to be Panthic anymore. Their support base that comprised largely of peasantry and women has moved away," Sekhon pointed out.

Observers feel that people also want to keep away from radical politics as the shadow of what they went through during the years of militancy continues to haunt them and they do not want the 'dark days' to return. Coming to the Sangrur by-poll, it is largely being felt that the AAP will be the frontrunner followed by the Congress. 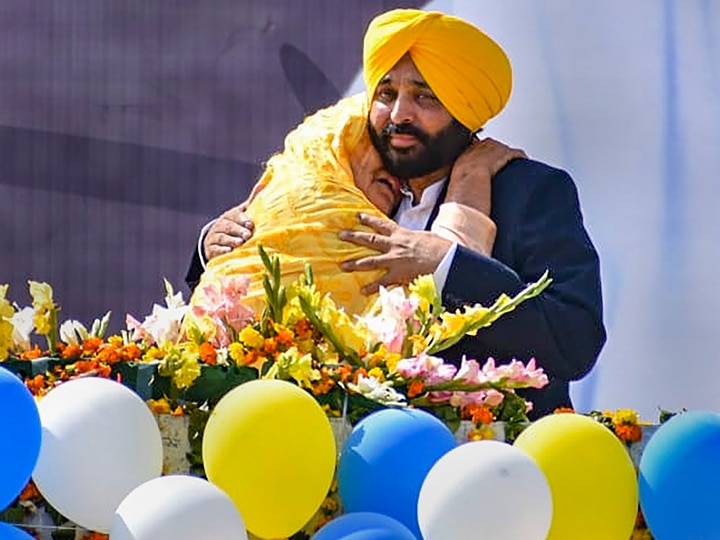