“Dear PM, Please Ask Your Followers If They Are Planning to Kill Me” asks NDTV Ravish Kumar has written in a letter to Prime Minister Narendra Modi. The letter in Hindi (can be read here) has been posted on Kumar’s blog and also sent to the Prime Ministers Office.

Kumar asks PM Modi why he follows people like Niraj Dav and Nikhil Dadhich. The latter had posted an extremely offensive tweet against Gauri Lankesh after her murder, and is followed by the PM. Kumar points out that when he had asked Dave to refrain from using abusive language, the latter wrote," I am sad that you are still alive." 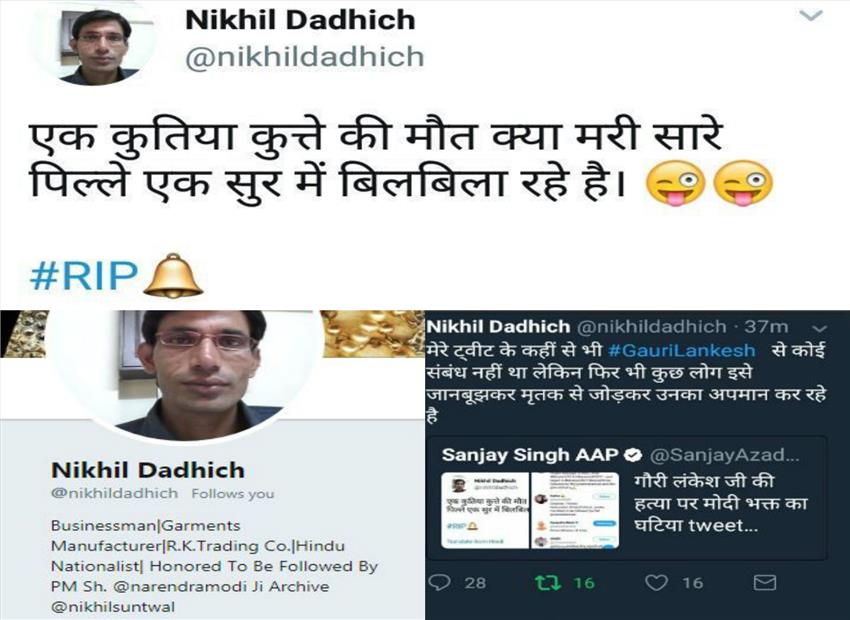 Pratik Sinha’s AltNews investigation has identified the persons threatening Kumar following which the journalist has written to the PM. The AltNews article can be read here. And the investigation by AltNews confirmed that Dave too is followed by PM Modi. Again a relative non-entity indulging in a hate campaign, and followed by India’s Prime Minister? 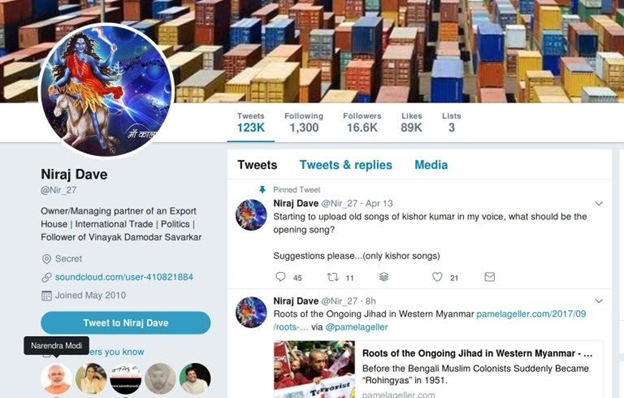 Kumar ends the letter asking the PM, "If you know Niraj Dave, Nikhil Dadhich and Akash Soni, then please ask them if they are planning to kill me."

After the assassination of Gauri Lankesh there was virtual celebration on the social media by trolls professing to be close to the current dispensation and the BJP. Dadvich is a case in point, with the tweets of this kind circulating widely. Kumar himself has been the target of a vicious attack, with direct threats that clearly are intended to intimidate, and strike fear so that the courageous journalist is unable to pursue his profession without fear. Ravish Kumar is the only mainstream anchor today who brings a certain courage to the job that clearly irks those who do not believe in the freedom of the media, and see dissent as a threat.

“Keep safe” is a statement of concern from others but meaningless for a journalist in real life. A scribe comes without security, is a person of the field, and remains vulnerable as the assassination of Lankesh has demonstrated yet again. More so in the environment today where threats are being delivered with impunity, and as AltNews has pointed out, by persons who do not follow the PM but who are followed by the PM. This gives a certain protection to them, with Prime Minister Narendra Modi still being amongst the followers of those who threaten to kill with impunity.

Hence Kumar’s letter is important as one, it nails the issue; and two, brings out the issue with all its ramifications into the open. Basically the PM and the government is in the dock and will have to explain ---if not now then at least when Parliament convenes---why the PM is following men the government should actually be acting against for issuing threats, and celebrating a journalists murder.

For the scribe safety lies in the public domain. And the AltNews report and Kumar’s subsequent letter basically in the public domain are the only armour that a journalist has. A black and white rendering of who are the people celebrating murder, who are those issuing death threats, and who are the top brass supporting them and providing the impunity under which they function so brazenly. It is the only armour that a reporter has, even more so in the threatening and abusive environment being nurtured today by those in power.

It is for the journalist organisations now to demand a response from the PM that basically includes a condemnation of the murder of Gauri Lankesh and young Bhowmick in Tripura along with others; an assurance that death threats and abuse will not be tolerated and action will be taken against all indulging in the same on the social media and outside; and that steps to ensure the protection of journalists and even more of the freedom of speech and the right to dissent will be taken to the satisfaction of all journalists.

This will not happen easily, but the pressure needs to be built and sustained. Starting now.