Daruvala Draws Confidence From Maiden F3 Season to Excel in 2018

One of India’s brightest upcoming motor racing talent Jehan Daruvala is confident of a better run in his second year in the FIA European Formula 3 Championship in 2018. After finishing sixth overall in his first year in the competitive junior formulae, the Mumbaikar believes he can improve on his results this year.

The Sahara Force India academy driver came into European F3 last year after spending two years in the Formula Renault 2.0 category. In only the second round at Monza (Italy), Daruvala took pole and claimed his maiden podium finish in the category.

He bettered it with his maiden win – a first for an Indian – in the last race of the Norisring (Germany) weekend. He had another podium in Hungaroring, ending up as the only driver to have finished all the 30 races scoring a total of 191 points. 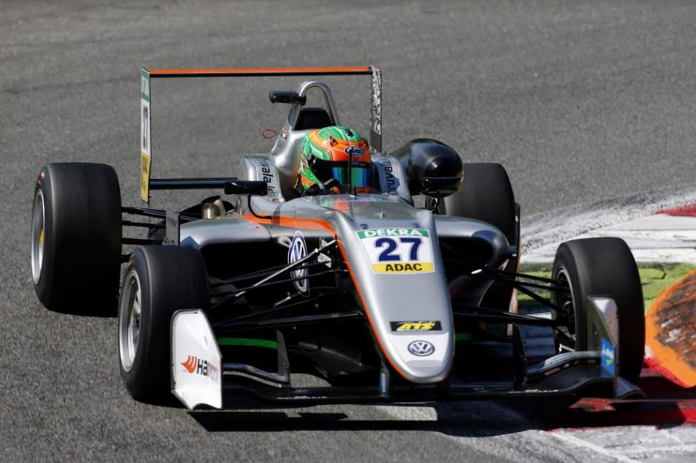 In the rookie category, he was second to Carlin teammate and eventual champion, McLaren’s reserve driver Lando Norris. With one full year of experience, Daruvala now heads to 2018 with a certain amount of assurance that he can compete at the level at ease.

“Given that 2017 was my rookie year, I am quite happy that I was competitive from the beginning of the championship,” said Daruvala exclusively. “It was a nice feeling to be on pole and get a podium in my second weekend.

“Having a win, three podiums and a pole coupled with finishing second in the rookie championship and being the only driver to have finished all the 30 races was a satisfying result. However, I feel I could have done a better job by being more consistent in qualifying.”

Certainly, qualifying was one aspect which Norris alluded to as well. In addition, the rising British driver feels Daruvala needs to be consistent throughout the season and perhaps a second year will just work in his favour. “At times he can be very very strong, but sometimes he can just be a bit of inconsistent,” he said.

“You go to one race, he will be very fast. You go to the next one, for some reason he struggles. He seems to go up and down depending on tracks, whether it suits him or doesn’t. When it does, he can go very very well. It just hasn’t gone right always.

“So, bit of inconsistency is one of the biggest things. I definitely think he’s good and with another year of F3, he will be better and overall his performance will improve. It is just trying to bring it all up a bit and once he really focuses on one category, then he can do well. If he’s constantly changing then he just takes a bit of time to get used to.”

Naturally, this winter season, the 19-year-old is working hard to eradicate the shortcomings to battle for the title in 2018. In some ways, it is a make or break season, as he inches closer to a Formula 1 drive. For now though, Daruvala is not too focused on F1.

The chances for him to even get a F1 test is less this year, so the aim is to do well in F3. But it is likely that the talks will take place for 2019 at some stage. “He hasn’t driven on our simulator in a while. [But] we know of him and we are keeping an eye on him. [I must say] sixth in the first year [of F3] is a pretty good [result],” said Force India COO Otmar Szafnauer.

Daruvala’s calculated progression has been a talking point and the way he handles the difficult times is a key factor in his development. While praising his talents, ex-F1 driver and Channel 4 pundit Karun Chandhok also credited his parents for the support – which goes un-noticed largely.

“He did a good job this season,” said Chandhok. “I think he drove well, he drove maturely. At the end of the day, it is a tricky one for him - doing another season of F3 is a smart idea because then he’s got a good chance to win the championship.

“He clearly has got the talent and speed to be competitive in any championship at this level, even GP3. What’s impressive is that he is dealing with his career in a very methodical fashion and a very mature way. I think both he and his dad have their feet on the ground, which I don’t often see.”

Chandhok feels a lot parents – not so much the drivers – are pushing their child thinking that they can be the next ‘Max Verstappen’ and not adhering to the process of gaining experience before the timely F1 move. According to him, it is not mandated to be in F1 when one is 20-21 years, but what’s significant is when the driver is ready for the graduation. If he/she rushes into F1 and then fails, there’s a very less to no chance of returning.

Certainly, Daruvala’s feet are on the ground, as he is not the regarding himself as a title contender in 2018 just yet, thereby respecting the competition. “Having had a good rookie year, I am confident of doing well in F3 this year – with the aim to score more poles and wins. It is too early to make predictions for the championship, as the field is going to be extremely competitive and there are too many variables including development of the car by various teams.”

Can Ben Stokes Turn Things Around for England?