The tournament was organised for the first time in India by the Deaf Cricket Society India and the Deaf International Cricket Council. Teams from Australia, South Africa, Nepal, Sri Lanka and India participated in the contest.

The Sri Lankan team won the tournament, defeating India by 36 runs in the final.

In an impromptu pep talk to the Australian team the night before, star pacer Brett Lee called it ‘the highlight of his short trip to India.’

He added, ‘These are an amazing bunch of young guys and Cochlear implant recipients who continue to inspire so many people around the world including me.’ 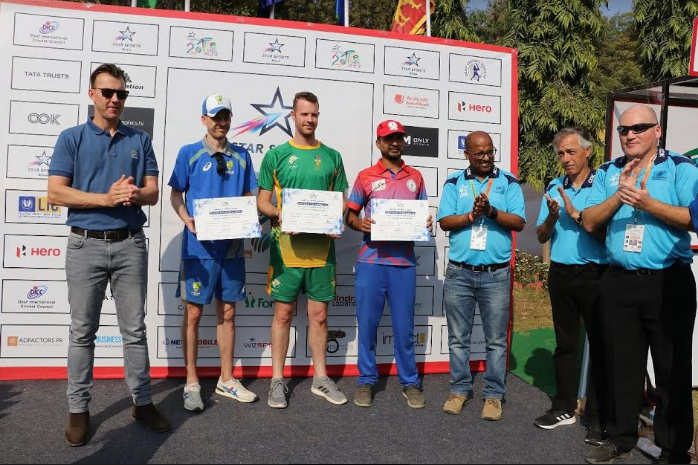 Lee is the Global Hearing Ambassador of Cochlear, an Australian company that provides hearing implants.

Lee also revealed the ups and downs of his own cricket journey: the injuries, operations and surgeries he underwent during his professional career as a cricketer, never allowing his body to give up on his dreams.

Talking about the importance of this tournament, Lee observed that awareness about deaf cricket, hearing loss and the universal newborn hearing screening test is growing in India.

During the speech an interpreter translated Lee’s words to the audience into sign language. The young cricketers, clearly enamoured, listened to him intently and offered him plenty of applause. It was a heartwarming episode that showed how cricket connects everyone, through the spirit of sportsmanship. 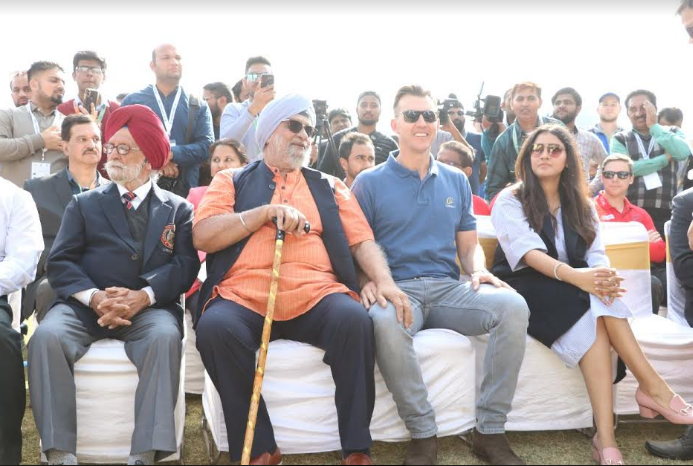 In his hour-long motivational speech to the cricketers, Lee spoke about how hearing loss should not be an impediment for young talent in cricket. He shared how despite a long career in the sport, he continues to learn more about cricket every day.

‘In the process of being a sports commentator, I now tend to watch more cricket and learn so much,’ he explained.

Lee also described the technological advances in hearing implants, and how some of them don’t even require surgery, and can help patients with single-sided deafness as well as unilateral hearing loss.

The Deaf Cricket Society in India was founded in 2012 with the main aim of organising and promoting deaf cricket in India. It has since grown from conducting state-level tournaments to national level events. Two years ago it became affiliated with the Deaf International Cricket Council, headquartered in Cape Town, South Africa.

‘Deaf cricket is all about visuals, hence cricketers have to be very aware and vigilant. It is more about non-verbal communication. Though the initial match starts in a very passive way, towards the end of it, the celebratory mood connects everyone,’ says Stefan Pichowski, chairman of the Deaf International Cricket Council.

Sumit Jain, founder of the Deaf Cricket Society in India, explained how he did not allow his own hearing loss to stop him from playing cricket. He saw how there were hundreds of hearing-impaired people in India who loved playing cricket, and decided to create a professional space for them. The journey, of course, has not been easy for Jain and his team owing to scarce of funding opportunities, yet they to continue to move forward.

Indeed, the process of organising deaf cricket tournaments is not easy.

The entire structure of deaf cricket differs from what we are used to watching, due to the absence of sound. Reflexes, body language and impromptu body-mind coordination play a very important role.

The rules and decorum of how deaf cricket is played vary from country to country. For one, every country’s sign language is different from others.

In India, cricketers are not allowed to wear implants while playing cricket. One of the chief reasons is that a hearing implant amplifies every sound in the cricket stadium, making it very difficult for the player to hear properly during the match.

In a nutshell, the recently concluded Deaf Cricket T20 World Cup played a pivotal role in raising awareness of deaf cricket in India.

The entire team of the Deaf Cricket Society works tirelessly to motivate and promote hearing-impaired talent in the country in ways earlier impossible.

In spite of the hurdles and complications involved in working with disability, the team strongly believes in being an example of excellence and slowly building up the prominence of deaf cricket in India. 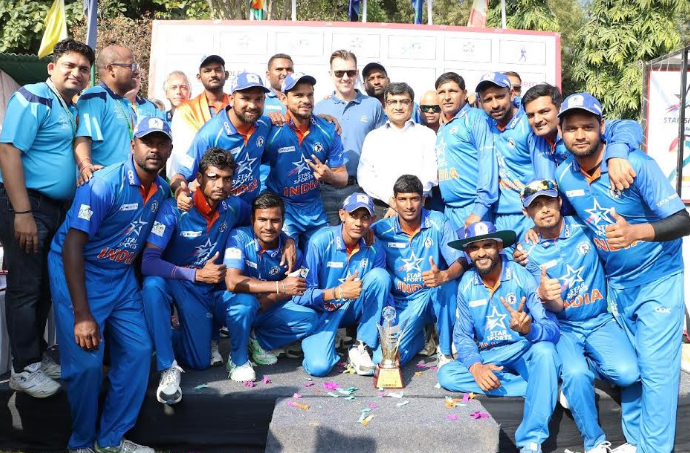