The Emergence of the Spin Quartet

To today’s generation of Indian cricket followers “The Fab Four’’ will mean only Rahul Dravid, Sachin Tendulkar, Sourav Ganguly and VVS Laxman. Yes, the fabulous quartet in the middle order that for about 15 years scripted some of the greatest victories in Indian cricket with batting that was of the ethereal quality. But to an older generation “The Fab Four’’ can stand only for Bishen Bedi, BS Chandrasekhar, Erapalli Prasanna and S Venkatraghavan. Yes, the famed spin quartet who also presided over some of the most notable wins in Indian cricket by bewildering the best of batsmen with their spin and guile also for about 15 years.

As Scyld Berry noted in his book ''Cricketwallah’’ which covered the England tour of India in 1981-82: “There occurred one of the strangest coincidences in cricket. A quartet of spinners who were to turn India from a second rate cricket power into a world force emerged simultaneously in the sixties’’

Was the coming together of the spin quartet an accident, a strange coincidence as Berry put it or was it something waiting to happen considering that there was a strong tradition of spin bowling in the country thanks mainly to the feats of the first great trio of Vinoo Mankad, Subhash Gupte and Ghulam Ahmed in the fifties. One would like to think that it was the ultimate product of a system. Out of quantity comes quality and with the increasing number of bowlers giving the ball a healthy tweak all over the country there had to emerge two or three of the highest class. But for four such bowlers to emerge at roughly the same time has to constitute a phenomenal piece of good fortune for Indian cricket. After all it has not happened since and it is a safe bet to assume that it will never happen again. 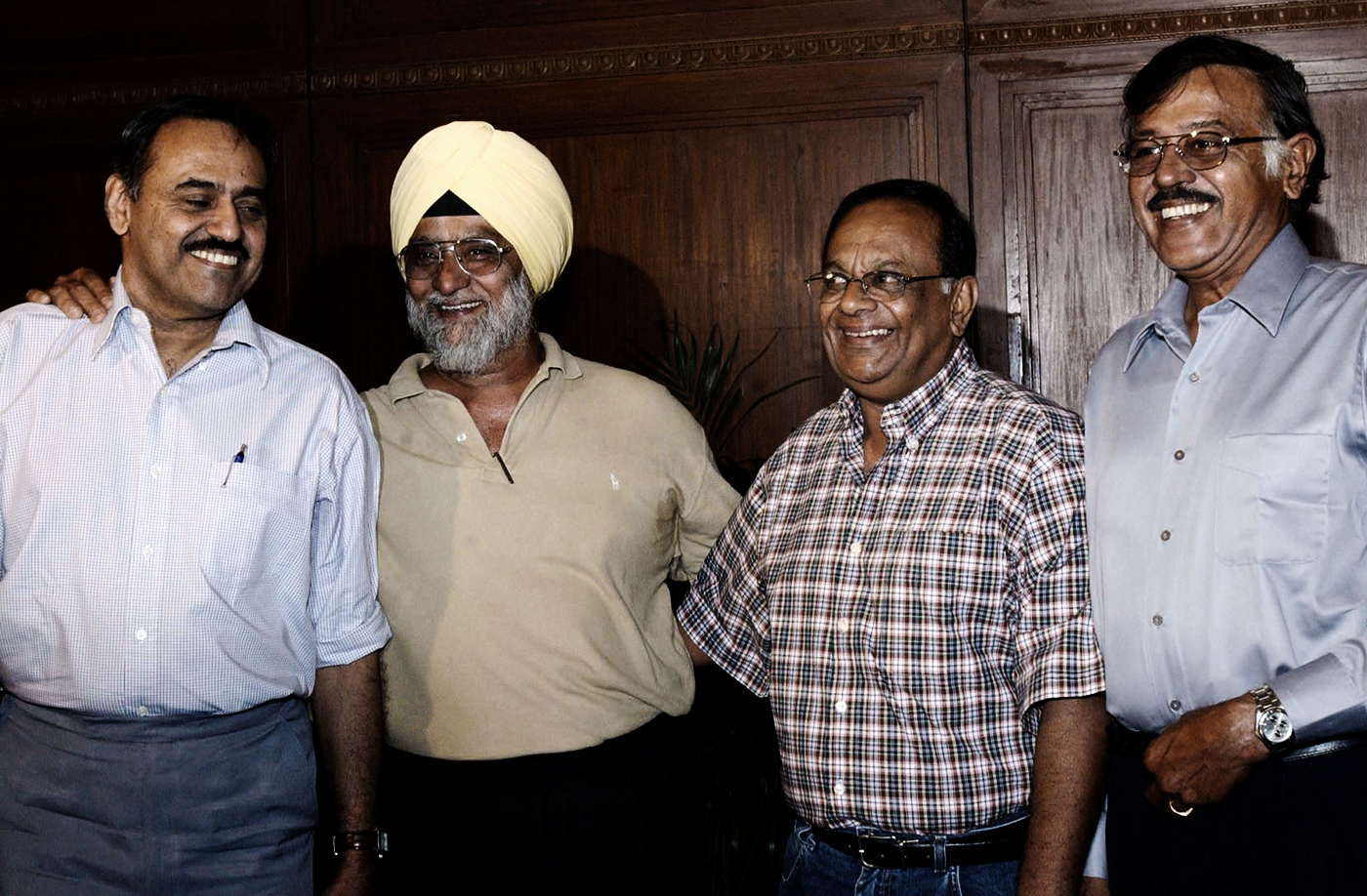 One however has to give the Nawab of Pataudi credit for harnessing the quartet. The young prince who was the key figure in the sixties both as batsman and captain hit upon a theory that he hoped would benefit Indian cricket in the long run. By the mid sixties there was greater solidity in the batting and vast improvement in the fielding thanks to the captain’s own example. Pataudi reckoned that the absence of adequate new ball bowlers given the state of pitches in the country was going to be a perennial problem. But he reasoned that spin being our traditional strength it was possible to win matches with world class spin bowlers backed up by brilliant ground fielding and faultless catching.

Pataudi pinned his hopes on a trio of slow bowlers who could work havoc with the opposition. By 1966 Salim Durrani and Bapu Nadkarni who had stepped in following the departure of the first great spin trio were past their prime. Chandrasekhar had been around for a couple of years and was the best bet. Venkatraghavan had already shown promise that he would be around for some time. Pataudi needed one more bowler – preferably a left arm spinner for variety – to put his theory to the test against West Indies in 1966-67. As luck would have it he got not just one but two bowlers so it was really the series that saw the formation of the quartet which over the next decade and more would be as feared as opponents as the most feared fast bowlers.

So much so that Ian Chappell one of the best players of spin admitted that the tour of India in 1969-70 was the last word in his cricketing education. Chappell reasoned that if the body had to show tremendous reflexes in trying to negotiate a fast bowler the brain was working overtime in trying to tackle the famed Indian spinners. They had so many ideas, so many variations that the batsman was at his wit’s end in trying to just play out an over successfully.

The 1966-67 series was when the combination was formalized with the discovery of Bedi and the return of Prasanna. But the saga of the quartet has its genesis in January 1962 for that was when Prasanna made his Test debut. However he had to drop out to pursue his education but Chandra entered the scene two years later. He was joined by Venkat a year later and finally Bedi made his first appearance on the last day of 1966. With Prasanna’s return the quartet took shape and the upsurge in Indian cricket’s fortunes was underway.

No praise can be too high for their achievements. With the batting inconsistent they had to frequently defend low totals. They had to perform not just with this pressure upon them but also battle the fact that the new ball attack was an apology. They had to both restrict the runs and take wickets and this they did time and again. Most notably India started winning matches abroad thanks to their performances. The wins at Dunedin, Wellington and Auckland (all on the tour of New Zealand in 1968), Port of Spain (1971), the Oval (1971), Auckland (1976), Port of Spain (1976) and Melbourne and Sydney (1977-78) were largely shaped by the quartet. During their peak John Arlott observed in 1971 following the triumph at the Oval: 'The Indian spinners are the finest slow bowling combination, perhaps the most dangerous attack in the contemporary game.’’

And so it went on and on and the feats of ''The Fab Four’’ allied to the batting of Sunil Gavaskar and Gundappa Viswanath saw a marked upsurge in the team’s fortunes earning for Indian cricket a new respect worldwide. But all good things have to come to an end and on the tour of Pakistan in 1978-79 the ageing spin bowlers were finally mastered. Prasanna played his last Test, Bedi and Chandra played their last Tests in England in 1979 while Venkat the fittest of the lot was the only one to last till the 80s playing his last Test in 1983. Altogether they took 853 wickets most of the time bowling under tremendous pressure for reasons already stated. Their bowling was the apotheosis of artistry and subtlety and those of us lucky enough to be around when they were at their peak are thankful for the unique opportunity.