KOLKATA: “You are in the ring and you are your own responsibility, boxing teaches you that. Your entire body is exhausted but you have to stay focused. You get distracted by the crowds of people around you but you have to obey the referee,” says Razia Shabnam, India’s first international boxing referee and coach who is a woman.

Shabnam has spent the last nine years training the girls of Soma Homes, an NGO that provides shelter to young children at risk of human trafficking and forced sex work due to a lack of income and educational opportunities.

The therapeutic benefits of sports are slowly being recognised worldwide, especially for children. Shabnam states that boxing has helped her girls break out of their shells, and taught them valuable lessons in self-preservation and responsibility. 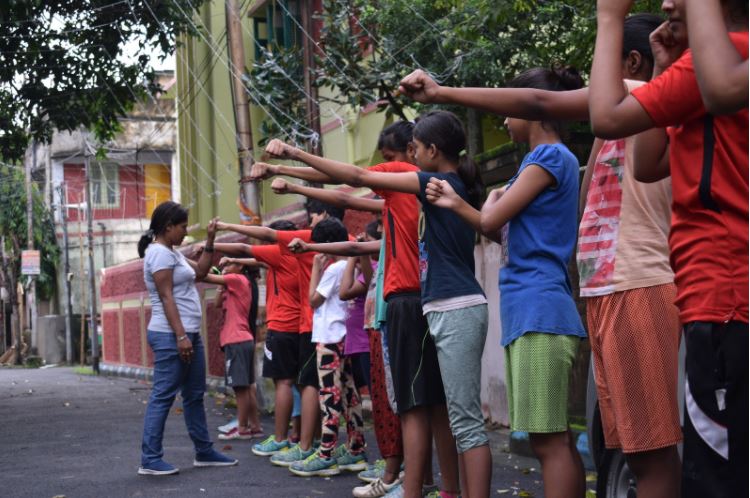 Shabnam has been training young girls of Soma Homes, Kolkata since 2011

Shabnam’s foray into the world of boxing began with her father’s encouragement and support. Born in Kolkata, she faced many challenges in her journey to becoming India’s first woman boxing coach. The daughter of a wrestler and sister of a boxer, Shabnam says her father and husband have always supported her decisions. However, it was her community that voiced their objections the most.

The recent film Burqa Boxers by Alka Raghuram features the lives of Razia Shabnam and three young women, Parveen Sajda (24), Taslima Khatoon (16) and Ajmira Khatoon (16) as they fight social, religious and economic hurdles in order to pursue their passion. The film highlights the struggles of female boxers while simultaneously revealing how the sport is being used to empower young girls. 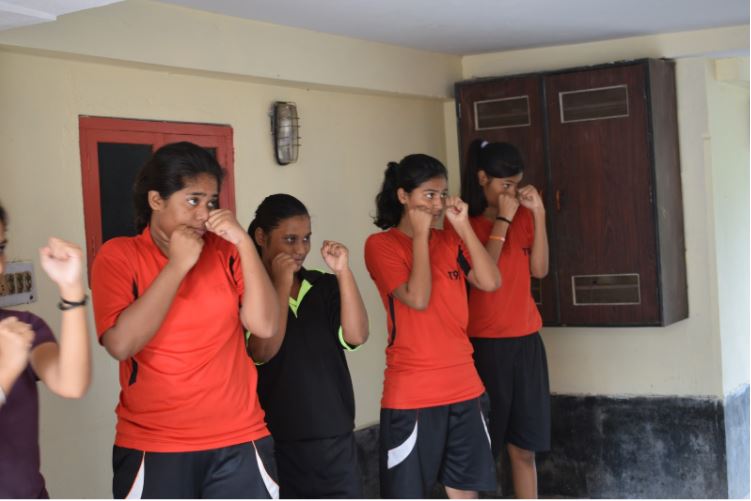 The girls of Soma Homes hold their stance during a session

Many women are fighting the gender stereotypes that prevail in this sport dominated by men. They recognise boxing not only as a stepping stone to a better life but also as a form of self-defence. Today, boxing has become an attractive and entertaining sport for viewers with athletes such as Mary Kom, Sonia Chauhan, and emerging boxing star Nikhat Zareen winning medals and earning accolades.

“Society believes that there are certain roles and jobs that only men can do. A woman is meant to take care of the house while men go out to work. This is the biggest challenge I have faced, to show people that women are as capable physically to take on roles that are seen as masculine,” Shabnam says.

Female athletes and their efforts to remove gender barriers have also placed many in the list of renowned referees and coaches. “I have always received positive support from my coaches but having a female coach would have helped lessen the psychological reservations female athletes have when being trained by male coaches,” says Shabnam.

It is with this determination that she now spends her time coaching girls and young women at Soma Homes. 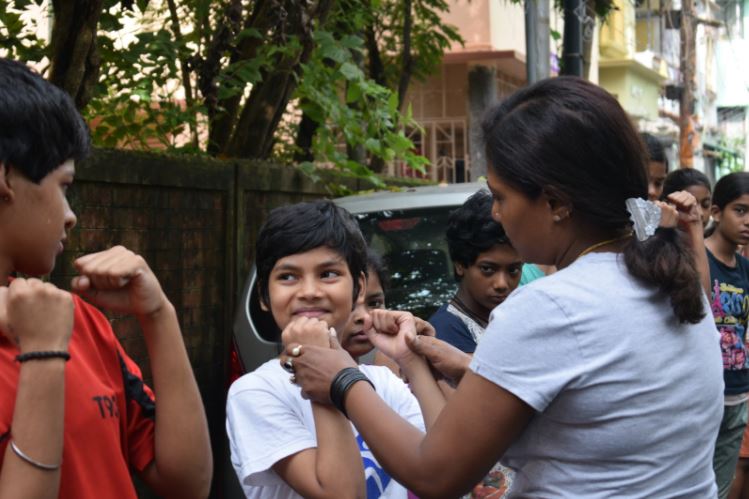 Shabnam helps correct a trainee’s stance during a session 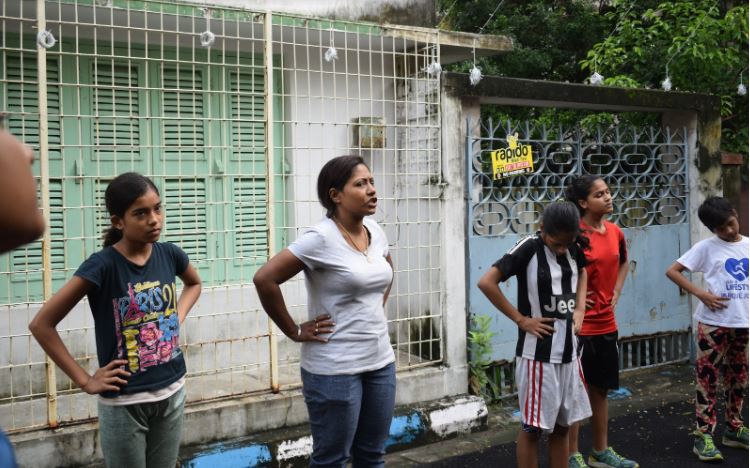 The girls are guided through their daily exercise routine

Soma Homes, a residential facility for young girls at risk, was started in 2005 by New Light, a Kolkata based NGO founded by Urmi Basu. New Light has been operating in areas that are also home to many of the city’s redlight districts. The NGO provides nutritional support and helps educate and empower children and women to escape the limitations and risks of sex work.

With more than six shelters and schools, Basu joined hands with Shabnam to provide recreational activities such as boxing as another tool to empower the young girls of Soma Homes.

Basu, awarded the Nari Shakti Puraskar for her work with New Light, highlighted the importance of education for young children at risk as well as the significance of discipline combined with fun in teaching the children about responsibility.

New Light organises workshops to introduce young children to sports as a means of encouraging personal development and keeping them off the streets. Many go on to represent the country and win medals at national boxing tournaments such as Taslima Khatoon of Burqa Boxers, who was awarded a silver medal. 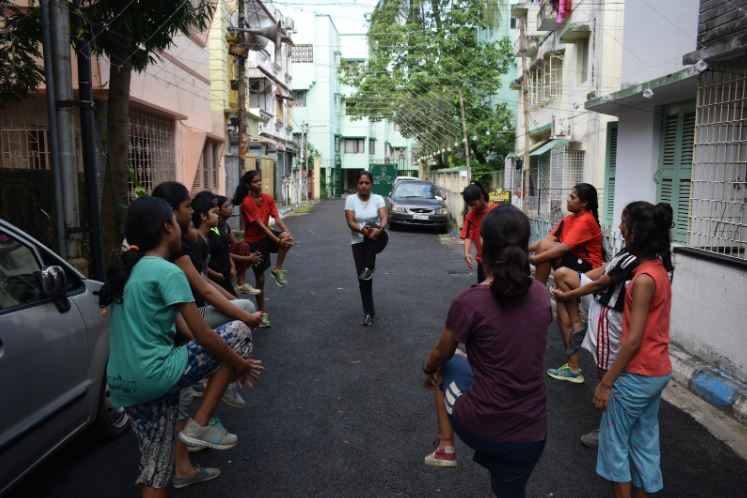 
Morning stretches are a part of the girls’ daily routine 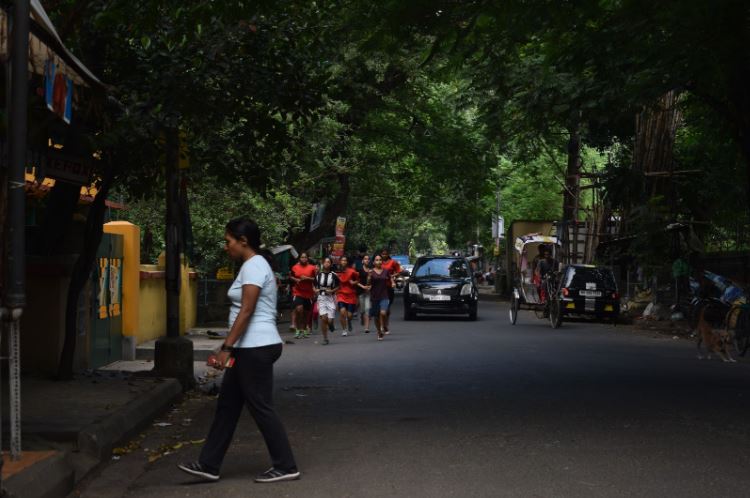 On most days Shabnam trains the children to be athletic and fit. She agrees that not every girl has a knack for boxing, but says it is equally important to develop physical fitness and health.

Playing sports has the added benefit of occupying public spaces, which helps break taboos that surround sex workers and their children. Seeing Shabnam coach the girls every morning for over nine years, the morning walkers are familiar with them, occasionally waving at the girls as they complete their run. Neighbours also greet Shabnam a good morning as she walks around the park keeping an eye on the children. 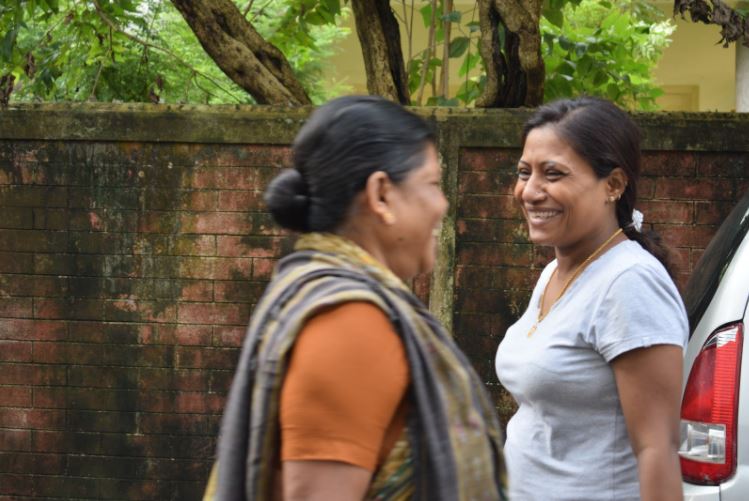 Shabnam greets a regular passer-by during a session


The girls of Soma Homes

Some of the girls being trained by Shabnam aspire to teach other children to box one day, as their training has helped increase their confidence and made them feel stronger and more positive, both internally and in their outlook towards life.