GUWAHATI: Manipur is the powerhouse of Indian football. In women’s football in India, Manipuris have played a very crucial role. Starting from Oinam Bembem Devi to Ngangom Bala Devi, Manipuri women have made a name for themselves as footballers. Bembem Devi became the first woman footballer to be honoured with Padma Shri, and Bala became the first ever Indian woman to play professionally in Europe when she signed with Scottish club Rangers FC early this year. The journey continues.

Dangmei Grace, a young dynamic centre-forward from Manipur is shaping up in the shadow of such big names. The 24-year old was adjudged as the Emerging Player of 2019 by the All India Football Federation (AIFF).

In a freewheeling conversation with The Citizen, Grace shares her experience -- from facing racist remarks to dreams of playing in Europe.

Isolating at her home in Manipur due to the nationwide lockdown, the young footballer said that India needs to keep playing with better ranked teams to improve the game. She also hopes to play in Europe after Bala Devi’s success.

Excerpts from the conversation.


It’s going to be almost two months now of the nationawide lockdown. How are you spending your days?

Though I’m desperate to get back to action at the earliest, it’s not possible right now. We can’t help it. The situation is so. Let’s abide by what the government has to say. I pray that this crisis gets over soon.

But staying at home, I need to keep myself fit. I took advice from our team physio Priyanka (Bodkhe) ma’am. She sent me a Monday-Saturday routine which I do in the morning and evening. That’s how I remain busy and keep myself fit.

During my workout, my mother also helps me by holding a thing or two.

Apart from that, I have been working in the gardens of our family home. We have huge gardens and it’s time for plantation. So, I go out with my brothers and other family members in the garden and do some work using the spade.

It’s a great joy to be engaged there apart from getting in a good physical workout.

You were chosen as the Emerging Player of 2019 by AIFF. Can you share some experiences from last year?

We had a three-month camp for the Olympic qualifiers last year. We gained a lot of valuable experience during that period - we were able to tour Europe and play some friendly matches. We also travelled to Hong Kong and Indonesia. This kind of camp was conducted for the first time by the AIFF.

Players got to learn so many crucial elements during the period like how to handle pressure situations during a match and so on. For me, 2019 is one of the best years for the Indian women’s team because we learned a lot.


How has been the journey since you made your debut in 2013?

Earlier, there were very few games. In Manipur as well, there were just one or two leagues. And it continued for several years. We had to wait for the AFC Cup qualifiers or the national leagues. Those were the only matches.

But now, things are changing gradually. Now, the women’s league is also taking place. It’s getting competitive. I think women's football is also getting more attention now. The AIFF is playing their part so well by conducting more events to keep us busy and engaged. Last two years have been great for Indian women's football.


Your team mate both in the state and the national squad, Ngangom Bala Devi has made history after she was signed to Scotland Rangers FC -- making her the first ever Indian woman to play professionally in Europe. How big is that development for Indian football?

That’s a really great thing to happen - not just for women’s football but overall for Indian football. It gives us a ray of hope for a better tomorrow. Now, we have also started to believe that we can play like Bala di and it’s a huge inspiration for the younger generation of footballers like us that we can also play for big clubs in Europe someday. Because we too have a dream to follow the footsteps of Bala di.

Now, Indian girls should also take it as a challenge -- that if Bala di has gone there, they too can do it.


Though Bala Devi is senior to you, both of you have played together for several years. How’s your relationship with her?

Recently, we haven’t been able to talk to each other. I know she is in a new assignment and remains busy most of the time. But I do follow her social media updates and also the newspaper articles on her. I admire her a lot.


How can Indian football be more competitive?

Like the exposure tours which helped us learn and develop, I think continuing playing with higher ranked sides is very important.

Last year, we went to Vietnam to play a friendly. They are a far superior team than as they are ranked 33 and we are 50 something. There is a huge gap between us. But we played a draw with them. By playing with higher ranked teams, we can improve our performances. And if we can continue with this winning spirit, we can defeat any opponent.

Apart from that, the associations need to conduct more leagues and tournaments for women. And the media too has a role to play here. To give more space to women’s football so that it can grow.


Manipur has produced some of the biggest legends of Indian football – be Oinam Bembem Devi or Bala. Even in men’s football Manipur has some fantastic players like former captain Renedy Singh. What’s it like coming from this tradition of football?

It’s a great feeling. Manipur has been known as a football hub for quite some time now along with other sports. It’s always nice to relate to these great players because you belong to the same place.


Manipur girls have won the national championship 20 times out of 24. Apart from that almost 50 percent of the players in the national team are from Manipur.

It’s because of the grassroots. There are so many players at the junior level. More girls are coming especially when big names like Bembem Devi and Bala Devi are doing so well. So, the selection level is so tough in Manipur itself. That’s how good players are coming up. In the national championships, these players are the most motivated to do their best. And the results are speaking for them.

Now, there are two major leagues and also the district level tournaments besides the age group tournaments. All this obviously helps to create a very competitive atmosphere.


Tell us something about your childhood. Did you play only football or other sports as well?

During my school days, I used to take part in athletics in individual sports and played football and basketball in the team events.

One day I told my father that I wanted to join SAI to pursue football but I was too young then. Then in high school, I was invited to play for a competitive match for a replacement. Taking my father’s permission I played in that match. The coaches, I think, liked my game and told me that if I wish I could join them for training. That’s how it began - this was in high school.

Following that after a year or so, I was selected in under 14 trials and went to Chennai in 2009.


Coach Chaoba Devi too played a major role in shaping you as a footballer. Tell us more.

When I returned home after playing the under 14 tournament, at that time, there were not many girls playing football in my neighbourhood. When I got the chance to know her during the year 2011-12, I liked her coaching.

Back in Imphal, I accompanied my father to her club Krypsha, to request her to train me. And thankfully she agreed. And since then, I have been playing under Chaoba ma’am. She is an inspiring role model for me. I believe that if you don’t have a good coach, you can’t become a good player. I think she is a great gift to me.

Krypsha has produced many national players. It’s a pleasure to have her in the national team too as my coach.


Now, let me ask you something. You travel pan India and also abroad. Have you ever faced any racism?

Yes, it’s very unfortunate that it (racism) continues to happen. I have faced such bullies. Whenever I step out for shopping or take a walk in the street, very often a section of people taunt at us. Sometimes I reply to their face that we are not from any other country but India. Hindi mei jawab deti hu ki humlog Manipur se hain (I reply in Hindi that we are from Manipur). It’s pretty hurtful to get bullied as Chinki, Chinese or Nepali… we are Indians and we belong to Manipur. This is painful. This should not happen.

The people -- those who think that we are from other countries -- they need to think twice that we have the same language and the same national anthem. So, instead of being racist toward the northeastern people, I think they should realise we all are the same. This will be better for everyone.


Tell us about your family?

There’s my parents and three brothers and three sisters. My father is a pastor and mother is a housewife. The support of my parents has been great. Without them, I wouldn’t have been able to do anything. Because of their prayers and sacrifice, I’m here. 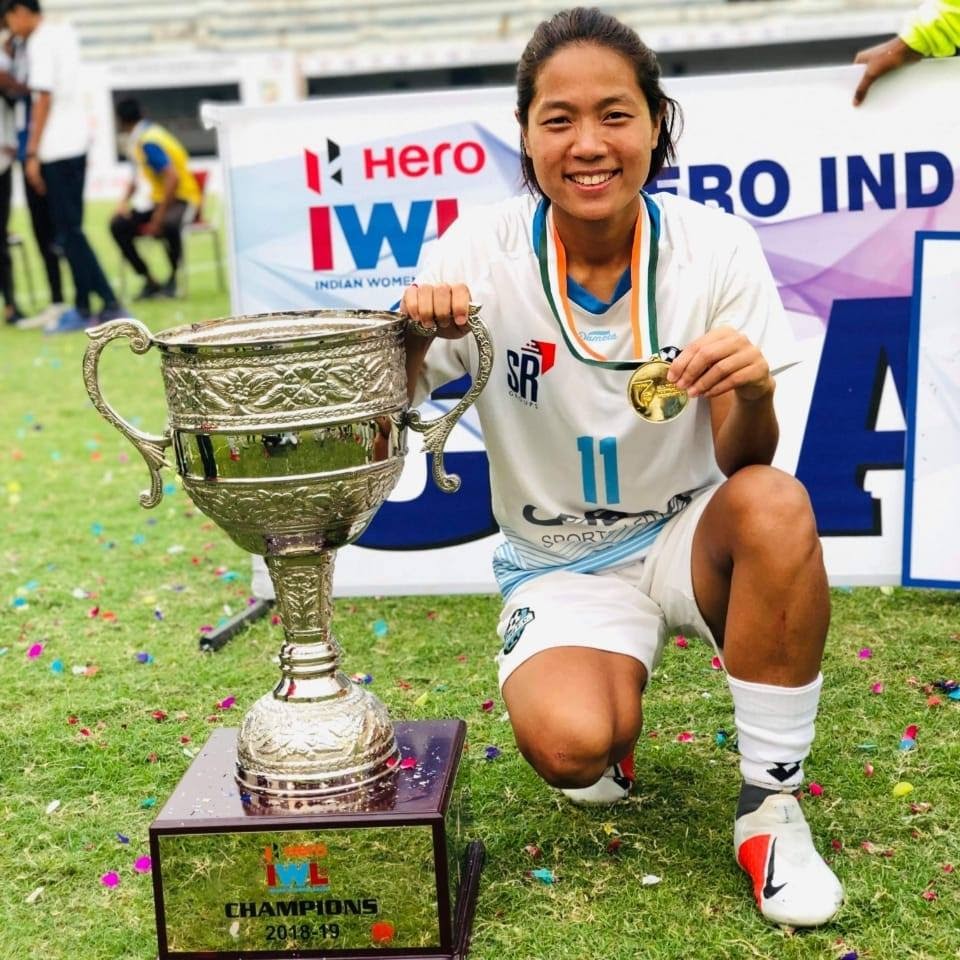