A Feat Straight Out of a Fiction Book

It’s a feat that is straight out of the fiction books. Indeed it is fair to believe that had an author written such a script the publisher would have nixed it. It is not that a team after being bowled out for 36 in the first Test goes on to win a series has not happened. Australia performed that stupendous comeback in 1902 in England. But never before has a team so badly affected by withdrawals and injuries come back to win a Test series and clinching it at a venue at which they have never won and one that has been an Aussie stronghold.

Oh yes, when the events of the four-match contest are closely examined there is a case for hailing the triumph as the greatest in Indian cricket history. On the face of it winning a Test series in Australia itself is a matter for congratulations and felicitations. The very fact that India did it for the first time two years ago after failing in eleven precious attempts dating back to 1947-48 places that win in the proper perspective. But what they achieved in the just concluded contest defies belief and logic.

At the start of the series itself Australia were installed as clear favourites being the No 1 team in the ICC rankings and with home advantage to boot. India were No 3 but few gave them any chance of repeating the victory of two years ago. They were quick to point out that on that occasion Steve Smith and David Warner were missing and Marnus Labuschagne who had played in that series as a rookie was now one of the world’s leading batsmen.

The fearsome Aussie pace attack in the hands of Pat Cummins, Josh Hazlewood and Mitchell Starc were intact and they had the vast experience of Nathan Lyon looking forward to playing his 100th Test and taking his 400th wicket during the series.

And when Australia romped home by eight wickets in the first Test at Adelaide with the Indians having to endure the now infamous ''Winter of 36’’ the experts were quick with their predictions of a 4-0 whitewash. This feeling gathered momsntum with Virat Kohli flying home on paternity leave and with Mohammed Shami being ruled out of the second Test at Melbourne thanks to injury.

Adversity makes you a stronger and mature person is the well known belief and in the final analysis this was true of the touring squad. Over the next three Tests at Melbourne, Sydney and Brisbane they were tested with hurdles and obstacles that few teams have encountered in Test cricket history.

The batting had its own problems with Rohit Sharma not able to play till the third Test and the absence of Kohli meant the middle order had to be tinkered with. Then there was the vexed question of who to play between Rishabh Pant and Wriddhiman Saha – the better bat or the better keeper. But all this paled into insignificance when placed against the problems in the bowling department.

One by one the frontline pacemen fell by the wayside because of injuries, then the spin attack was non existent thanks to mishaps first to Ravindra Jadeja and then to Ravichandran Ashwin. By the time of the start of the Brisbane Test it was a matter of finding eleven fit players among the substitutes and net bowlers. One by one the rookies were drafted in with the result that it was termed as an India A team or even B team. And for them to take on the might of Australia was clearly going to be an uphill task.

But displaying courage in adversity the young and inexperienced team proved that there is no substitute for resilience. Quickly recovering from the humiliation of the first Test the Indians got their act together. First they pulled off a coup by winning the second Test which itself was a marvelous achievement given the background of the disastrous outing at Adelaide.

Then came the heroic performance at Sydney when against all odds the Indians came out with a creditable draw and two players beset by injuries sticking it out for over three hours to deny the Aussies victory.

And that set the stage for the remarkable events at Brisbane where some more heroism and a never-say-die attitude saw the Indians make history. By now the self belief in the side was incredible and the youngsters with no reputation to back them and only one to build upon played without fear scripting an unbelievable denouement.

What enhances the significance of this triumph was that there was no letting up on the part of the Aussies. Smith and Labuschagne after struggling initially lived up to their reputation, the pace trio bombarded the Indians with short deliveries that landed frequently on their chest and head and Lyon brought all his experience into play.

But this Indian team was like no other emerging triumphant in the most glorious way. Heroes? There were many and there is really no point is singling out one player or one performance. Ultimately it was a triumph of team work achieved by fighting the odds and under the most adverse circumstances the kind of which has probably not been endured before in Test history. 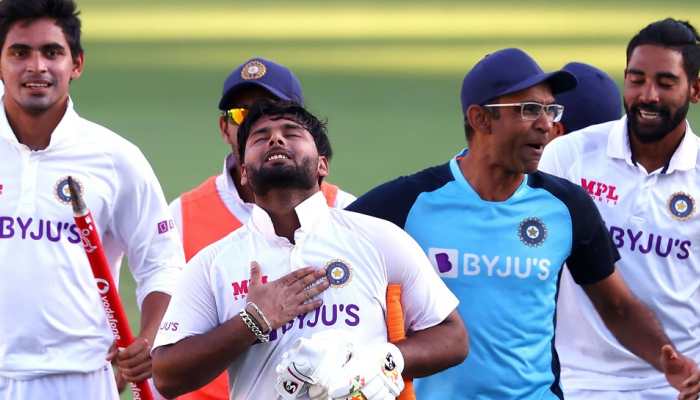