Of Fathers and Sons in Big League Cricket

Cricket legends and their sons

Arjun Tendulkar, son of Sachin, is now in the Mumbai cricket side. We don’t know if he will prove good enough for the India cap, let alone whether he will match his father’s feats in the international arena. What we know though - have come to believe rather - is that pressure of lineage take its toll on stalwarts’ sons who make it to the big league. This pressure, the sons have often claimed, comes more from outside home. I am not convinced. Parent-child relationships invariably have unspoken, indeed unacknowledged, layers, and parents can unknowingly impose, and children can unknowingly accept, avoidable baggage.

Whatever the principal source of the pressure they felt, certainly there are several cricketers - among them, Ashok Mankad, Chris Cowdrey, David Murray (Everton Weekes’ son), Richard Hutton, Rohan Gavaskar, Ron Headley, Sanjay Manjrekar, and Shoiab Mohammad – who struggled to emerge from their father’s giant shadows. Domestic career records and select international performances suggest that at least some of them may have done better without the burden of their surname to live up to.

But this isn’t the full picture. A famous surname hasn’t always proven a millstone, though it must be added that some of the fathers I go on to mention in support of this point are celebrated more for their influential personalities than purely cricketing feats and would rate a notch or three below the legends and near-legends whose sons find mention in the preceding paragraph.

Here, then, is what we find if we relax our standards of parental success a bit. Dave Nourse, the grand old man of South African cricket, had the satisfaction of watching son Dudley better his record despite a war-interrupted career. Shaun Pollock is much more than the son of Peter, leading South African fast bowler of the 60s.

Bloodline didn’t weigh down Kiwi all-time greats Chris Cairns and Richard Hadlee either. Chris’ father Lance was an exciting all-rounder, and some believe Walter Hadlee’s contributions to New Zealand cricket merited knighting ahead of Richard. Back home, Mohinder is remembered not just as Lala Amarnath’s son. Being Lala’s son did hurt Mohinder’s career, but that had nothing to do with Mohinder’s caliber. It was because petty administrators couldn’t drop old grudges.

So, cricketers born to men with exceptional records and/ or outsize influence, while not destined to disappoint, clearly have something additional to deal with.

Others saw their sons enjoy longer, more productive careers than themselves. This wasn’t always because they had set a low bar (though let us not discount even for a moment the value of, and glory in, simply donning country colors, even if once). Sometimes the sons were just equipped for bigger things.

As for the pressure on non-stalwarts’ sons, there are two views. Mark Butcher believes being Alan Butcher’s son was easier than being Sunil Gavaskar’s son, while Yuvraj has spoken of being pushed hard and harsh by dragon-father Yograj. This confirms a point made earlier in the piece: The parent-child relationship unfolds in unpredictable ways.

What does all this mean for Arjun? That he needs to get used to scrutiny and banish the notion of high pedigree being a curse. Among the sons featured in this piece, he will find only two men who, like himself, took up fast bowling despite a batsman father: Chris Broad and Richard Hadlee. Should he come close to achieving what this duo has, Arjun would be happy. His father would be too. 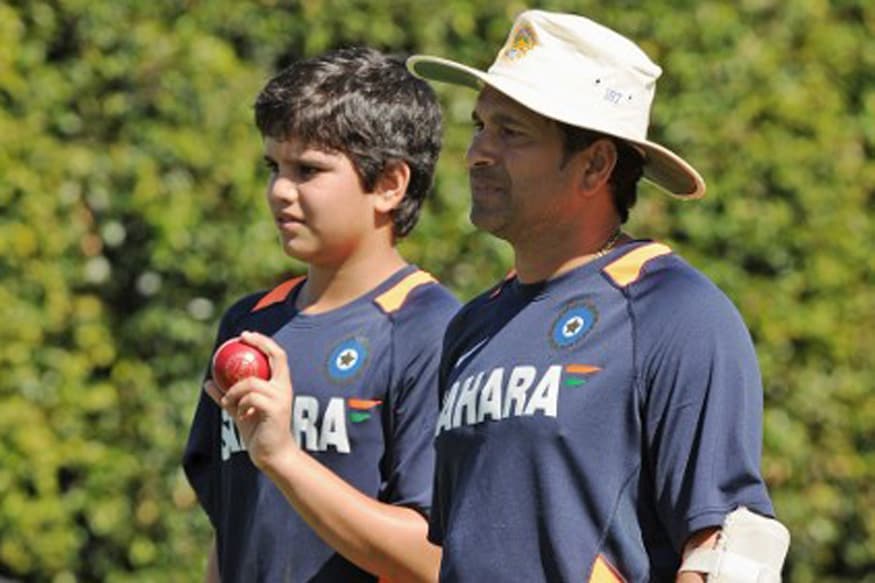