Two World Cups in one year. What other sport can boast of that claim? With the world still coping with the pandemic, never has it been more apparent that not only is cricket an incestuous sport, even at the best of times, but also a deeply divided one.

The hands of a few
It is easy to be lulled by the halo of India’s laudable Test series victory over Australia in Australia into thinking that cricket is in a remarkable healthy state. But even before the shadow of world crisis, cricket often masked the deeper problems plaguing the globalisation efforts of sports managers. If the ‘big three’ teams were a dominant force on unwritten lines before, they have now become the crux of cricket, determining its sustenance and future.

Cricket South Africa was vehement after England’s premature exit from their tour of the country, protesting it had created a foolproof biosecure environment for the tour, that the visitors had violated the rules of restriction, and that the move was part of a diabolical effort by the big three boards to keep cricket’s fortunes in their hands.

A year since the lockdown, all three teams will have played one or the other, evidence of the fact that while India is arguably the biggest money draw still, the other two’s health lies in cross-commitments to each other, unmindful of the damage to other cricketing nations.

Australia had no compunction in pushing for a five Test series, to which the BCCI did not accede. Given its financial muscle and powerplays before the pandemic, the BCCI has only upped the ante for the clamour to play against them.

New Zealand joined the chorus of headlines early this year for the pure fact that it has made the most of its opportunities at home, playing the game in a spirit of healthy competition and managing even to upstage Australia in the points table for the ICC World Test challenge to make it an interesting race to the final two.

With as many five Tests scheduled for India’s tour of England this summer, New Zealand managed to earn a two Test ticket to England – its first since 2015 – as the team keeps punching above its weight, while the power centre remains in the hands of the few.

Drinking from the cup
The ICC’s inability to convince Cricket Australia of the merits of hosting the Twenty20 World Cup as previously agreed blatantly exposes Cricket Australia’s own interests, further undermining the power of the governing body.

The ICC has an arduous task to perform with not enough clout. While the big three keep their commitments to each other, it must play a tough balancing act, keeping the associate members still interested and ensuring that no team falls behind in the financial fallout of the pandemic. This is easier said than achieved, given the ICC generates revenue mainly through its World Cups.

Those who call back-to-back T20 World Cups inane should know the ICC’s hands are tied. The 2021 T20 Cup was awarded to India only after the ICC had been forced to cull the Champions Trophy even in its revamped avatar. As it had been awarded to India, the ICC was left with little choice but to compensate matters by giving it the World Cup instead, despite ongoing problems with tax exemptions and visas for cricketers from Pakistan, who have not been allowed into India since a terrorist outfit attacked Bombay in 2008.

The associate teams, already fuming over the lost opportunities in the fifty over World Cup, did not get even one chance to showcase their cricket in the last Twenty20 World Cup, as Cricket Australia chose firmly to put their focus and money behind the India tour.

Zimbabwe is not even a name on anyone’s breath. No one has batted an eyelid as Test matches involving last entrants Ireland and Afghanistan bit the dust. The aparthy is alarming enough, and it looks set to worsen.

Against this backdrop comes the ICC’s accelerated push for cricket to be included in the Olympics, seen more as a sign of desperation than making a legitimate case for cricket’s validation in a more global context.

Crossing the Olympian hurdle will not immediately solve all the ICC’s concerns: it is already under flak for scheduling as many as four World Cup events in three years, and there might even be a fifth if the second World Test Championship is staged as previously agreed.

Rising tide
First those on the periphery were being denied their rightful share, to the detriment of the game’s global image. Now the permanent members too are struggling for spectators, media rights, and for performances of integrity to keep them in the company of those on top.

Sri Lanka lost an opportunity for lack of broadcasting interests as mandated by the ICC last year, and then had England return for their postponed tour, but without adding much to Sri Lanka. They were also merely an audition for South Africa to make the case for Australia to confirm their tour shortly after.

Bangladesh are making light of the West Indies meanwhile. But it comes as no surprise. The West Indies squad is essentially a second string visiting squad quite unlike the one that toured England last June.

Pakistan seem to have benefited from South Africa’s debacles and misfortunes. But in the larger context, they too have fallen by the wayside absent sustained opportunity, performance, and a united administration.

Similarly, even as South Africa are being exposed in the first Test despite Pakistan’s own feeble talent displayed in New Zealand, South Africa will be sending Quinton de Kock back to prepare for an upcoming visit by Australia that has yet to be confirmed. Given the dearth of international cricket on Pakistan soil, the PCB cannot fume over the squad that will stay behind to play limited overs games.

What this means is that while Pakistan celebrate a near-full tour by a visiting team after smaller experiments, they too will have to eventually play their limited overs series against a reduced South African squad led by rookie captain Heinrich Klaasen, with a questionable effect on the Pakistan team’s profile.

Invitation to malpractice?
South Africa’s continued administrative muddles have kept the team on edge and their policies dubious at best. Corruption and nefarious practices have kept South African cricket in the doldrums on and off the field, and at one point during the pandemic, even offered the prospect that Cricket South Africa might no longer be part of the international cricket context given the government’s interference in its affairs.

While Brexit has brought hope of players returning home after the Kolpak agreement saw an exodus for better financial remunerations to countries like England, South Africa’s contentious policies are once again on display. Jacques Kallis, initially roped in by director of cricket Graeme Smith to aid the team’s fragile middle order, is now England’s batting consultant for their tour of India.

Sri Lanka’s performances against South Africa and England create another worrisome crater on cricket’s map, suggesting a team that was an also-ran rather than a challenger.

This increasingly obvious division in the quality of the competition was mooted as a problem with the two-tier Test system, whereby the lower teams would only end up playing each other after being relegated to the second class, essentially leaving the sport a significantly smaller world, without the necessary bridge to raise their standards and maintain them.

Problems of spot fixing are also surfacing now and then, and the increasingly prevalent bookies, as cricketers playing for teams outside the big three are put in an even more vulnerable spot financially. Without a lucrative IPL contract or a robust home board central contract, many cricketers have had to face bleak fortunes made even worse by the pandemic.

It is easy to see why the cricket world’s propensity for cheating and malpractice appears to be at an all time high. Boards are now fielding non-neutral umpires in place of the ICC’s elite umpires because of travel restrictions, cricketers are gaining one-upmanship on the field, and the less trained eye cannot spot anomalies creeping into the game. And with boards like the BCCI restricting access to the ICC’s anti-corruption unit, relying on its own for tournaments such as the IPL, it does leave the door open for such practices to say the least.

Even the World Test Championship final in June is expected to be a crème de la crème affair, since most teams were virtually ruled out at the outset, the tournament further diminishing in prospect and opportunity when the pandemic broke out.

Similarly there is a debate now whether the ICC Twenty20 World Cup holds relevance given the glut of editions. It is the only vehicle left for the ICC to keep opportunities equitable for the associate members and to keep a fair hold on the format, which is now essentially the biggest draw countrywise and in a club context, and remains an important agenda for the international council.

Meanwhile the big media world moves on to India playing England, Australia’s possible plans for a South African tour, the IPL miniauctions and the IPL Season 14 before the World Test Championship final, England hosting three Asian teams and New Zealand, then India’s tour of England, then the T20 World Cup in India. The pattern is a little too obvious at this point. 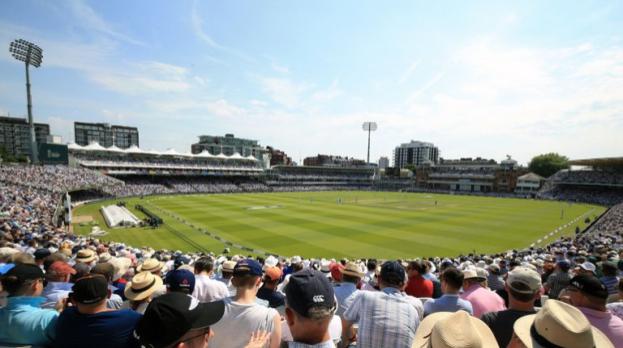