Much ado about nothing

In a literal interpretation of much ado about nothing, after much speculation, conspiracy and high drama, Mercedes made a rather protracted announcement that Lewis Hamilton would stay with them after all. But they still left the door open for conjecture as the deal on the dotted line is for one year only.

Mercedes’ delayed but highly anticipated decision still caused a lot of talk in the media, leaving some to even speculate that this was the company’s way to keep Hamilton in the headlines in the curtailed off season. If that was not preposterous enough, there was speculation that Hamilton might have left it to the late hour and end up finding himself without a seat, a la Sergio Perez, by the end of the 2020 Formula 1 season.

In the midst of this were rumours that Hamilton was holding out for money, for a possible greater revenue sharing scheme and also, for a veto on the possible second driver in the team.

However, it seemed highly unlikely that while the thirty-six year old driver was motivated, Mercedes would make a drastic move, particularly in 2021 when only a year later, Formula 1 season is set to undergo a sea of changes.

Wolff laid into that fact when discussing why there was such a delay in confirming the extension of the deal between the two parties and also, why the usual multi year deal maker was handed a one year contract, “There is a substantial regulation change in 2022 and we also want to see how the world develops, and the company.”

Mercedes do have options up their sleeve. Although there might be a fair bit of interest in the young, seemingly rebellious Max Verstappen, his contract with Red Bull retains him till 2023. Hamilton’s potential exit after 2021, which is speculative at this point, would open the door rather strongly for George Russell whose three year loan from Mercedes to Williams will end at the end of 2021.

Russell, it might be remembered, was the hero of the Sakhir Grand Prix in Bahrain when Hamilton was forced to self-isolate after a positive Covid-19 result. Although he did not eventually finish the race and ended up in tears, Russell showed the capacity of both, the Mercedes car and himself, clearly earmarking himself for the future.

Hamilton’s absence in Bahrain delayed negotiations with Mercedes, although there was never any doubt, particularly after Hamilton sealed a record equalling seven world driver championship titles alongside Michael Schumacher in a dramatic play-it-by-the-ear season, making it his partner in six of his seven driver championships, having tied up with the company since 2013.

In the pipeline was also the conjecture that Hamilton himself might have eyed a spot on the Ferrari team, the team that Schumacher raced before his retirement before showing up for Mercedes at a later date.

However, it hardly seemed a possibility after Ferrari picked Charles LeClerc, retaining the young Monegasque driver over four time world champion, Sebastian Vettel, who signed a late deal himself with Racing Point.

Besides, Ferrari have replaced Vettel with Carlos Sainz and unless a rare opportunity presented itself in 2022, it seems unlikely that the struggling competitors would suddenly switch hands, particularly an aging horse, albeit a multi world champion.

However, in another significant gesture, Hamilton is said to have signed up for a joint foundation between himself and Mercedes with a view to improving inclusion and diversity in motorsport.

2020 was also a divisive year in which Hamilton’s prominent stand as the only black driver and his raising the issue of “Black Lives Matter” and police brutality did not always meet with consensus amongst his fellow drivers.

Hamilton himself has been very vocal about the struggle his family and particularly his father had to go through to put him through to the highest level of the sport and also, about how difficult it was for talented young black drivers to make it to Formula 1.

To that end, he announced, “I am excited to be heading into my ninth season with my Mercedes team mates. Our team has achieved incredible things together and we look forward to building on our success even further, while continuously looking to improve both, on and off the track.”

He added, “I am equally determined to continue the journey we started to make motorsport more diverse for future generations, and I am grateful that Mercedes has been extremely supportive of my call to address this issue. I am proud to say we are taking that effort further this year by launching a foundation dedicated to diversity and inclusion in the sport.”

If this is Mercedes way of keeping the Lewis Hamilton brand at home, it is a cinch. The idea of a joint foundation was originally put forth by Ola Kallenius, CEO of Mercedes’ parent company, Daimler. The confirmation seems to suggest that barring any major breakdown in communication, this might be Hamilton’s legacy tied to Mercedes in Formula 1 sport.

Unwilling to speculate Hamilton’s future beyond 2021, Wolff talked about an array of potential changes that could affect negotiations which he claimed would come much earlier this year with an eye on 2022 and beyond, “There are uncertainties in the world that affect the way that the sport can operate and they can have an influence on our revenue, on TV money, on sponsorship income.”

When asked if the one year contract left the door open for Hamilton to quit Formula 1 racing after 2021, Wolff stated, “I think this is very much Lewis’ decision. As long as he enjoys racing, I think he is very capable of going longer. He looks after himself in terms of physical training and mental preparation. I think Lewis needs to decide what his future holds for him.”

Currently Hamilton is all charged up for a history marking epic eighth drivers championship title and a record making 100 Grand Prix wins. Neither was his ambition a secret nor was his continuation with the Mercedes in doubt. The one year contract, as suggested by Wolff, might in the end only have been to get over the awkward stop gap between consecutive seasons. 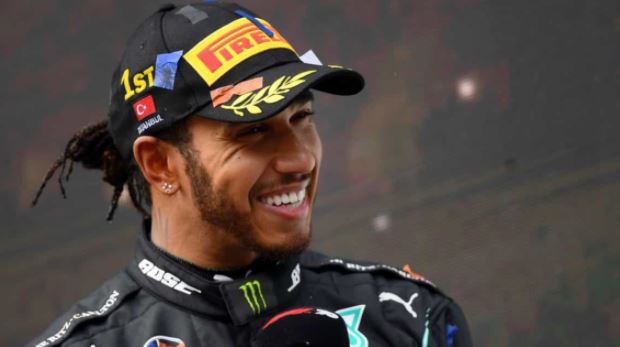 India Pakistan Ceasefire - Why? 55 minutes ago

Manual Scavenging - Not Just Inhuman But a Crime 1 hour ago