Test cricket season might have drawn to a close with the finalists of the first ever ICC World Test championship final emphatically decided. However, the dust on the Motera pitch and the controversy surrounding unfair home advantage refuses to die down.

India sealed their spot against surprise finalist New Zealand for the inaugural World Test championship final to be staged at Lord’s come June. But it did not come without a fair debate, particularly after the third Test of the Border-Gavaskar series and the first at the newly rebuilt Motera Stadium, controversially renamed as Narendra Modi stadium, turned out to be a less than two day affair.

Not the ideal showing for a supposed state of the art giant capacity stadium hosting a day and night Test match, only the second pink ball Test in India.

The alarming puff of dust on a pitch on day one is always a sign of concern of a rapidly deteriorating pitch in the dust bowls of the Indian sub continent as it is when one or more of the new balls whiff past close to the nose and head of batsman on pace and bounce friendly pitches.

One of the first dissenting voices who also famously put his foot in his mouth by suggesting India would be whitewashed in Australia was former England captain, Michael Vaughan.

In a scathing editorial column, Vaughan was critical of India, “India won the third Test but it was shall victory.” “No winners at all,” he added.

He further went on to point fingers at the International Cricket Council, “The longer powerful countries like India are allowed to get away with it, the more toothless the ICC will look.”

“The governing body are allowing India to produce whatever they wish and it is Test cricket that is getting hurt.”

He also added a rider that would perhaps change the way pitches are prepared when mega million dollars worth of media rights are on the line.

He wrote, “Perhaps it will take broadcasters to ask for refunds for things to change. They accept Test finishing early because the players are not good enough but not when home boards produce such poor pitches.

“They are left with three blank days but are still having to pay for production. They will not be happy and might think twice about good money for Test rights.”

Although the fourth and final Test became less about the pitch and more about India securing the place in the final – there was a small chance that Australia might have snuck in despite choosing to skip touring South Africa at the last minute, there is no doubt that this will be something that will come up for some time to come.

Virat Kohli, the Indian captain, sounding almost unconvinced himself when he commented about pitch matters at the post match conference after the third Test. His words seemed well rehearsed, catering to a section where appeasement mattered and with a need to defend how India edged past England only narrowing although a 10 wicket win would not tell the full story.

This is what the Indian captain said after the third Test, “To be honest, I don’t think the quality of batting was at all up to standard from both teams. The ball was coming on nicely yesterday and the odd ball was turning and it was a good wicket to bat on in the first innings. The batting was below par from both sides.”

It might have had something to do with the fact that this was the inaugural international match at the stadium which caused quite the stir over the renaming of the Motera Stadium and the unconvincingly clarification of the Narendra Modi stadium being part of the larger Sardar Patel sports complex/conclave.

What cannot be denied is that the first ever Test at the Narendra Modi stadium is the shortest ever on record since 1935, lasting barely five sessions and upstaging the England and West Indies encounter almost a century ago.

It will be easy to debate Ravi Shastri’s assertion that the Motera pitch was high on entertainment. For one, it is not a great showing when a five day Test match ends in under two days, even if the second Test at the stadium seemed a fairer match up between home advantage and grit as displayed by India’s middle and lower order.

“Who will complain against a track like this? It is fantastic entertainment, for both teams and the game and the result 3-1 doesn’t really suggest how close the series was.”

Shastri might have gotten the ‘fantastic’ bit a tad exaggerated but true connoisseurs of Test cricket know that India had a Houdini act in Rishabh Pant and Washington Sundar as much as in the spin of Axar Patel and Ravichandran Ashwin that made the difference between a subdued England team and a defiant Indian cricket that rightly won the series, coming back from being stunningly 1-0 after the first Test in Chennai.

The idea of home advantage is as old as cricket itself. If anything, it is the flavour of playing Test cricket across different venues around the world that makes the game more nuanced.

The issue, it has to be pointed out, is not so much about whether to make pitches to suit the home team’s strengths but rather how much is too much when it comes to playing the home advantage card? The matter becomes more acute when something like a spot in the final of the World Test championship is on the line.

To be fair, the England cricketers were not complaining as much as former cricketers and did acknowledge that they had a better pitch to play on in the fourth Test than in the third but they did not just come up with the goods.

England all-rounder, Ben Stokes, had this to say during the fourth Test, “I think we’ll look back and be disappointed by some of the batting. We’re more than capable of scoring 300 runs on a wicket like that out here. It’s frustrating. I know, overall, it’s a much better wicket than the last one we played on so we’re just disappointed not to still be batting.”

Former cricketers like Michael Vaughan were not the only ones raising their concern over the need of having the governing body, the International Cricket Council, step into such scenario of extremes.

If opinion was divided in the television studio where Sunil Gavaskar was all for the Motera pitch while V.V.S Laxman did not share the same opinion around the pink ball Test as the day and night Tests are also known, Dilip Vengsarkar addressed the angst more directly when he stated that such pitches were “a bad advertisement for Test cricket” and that deteriorating pitches short changed the public who would pay good money to go watch the match.

In a telling statement, Vengsarkar even when on to state that when a part time bowler like Joe Root was taking a rare five-for (the England captain ended up with five wickets conceding only eight runs), something was definitely wrong with the pitch! That’s as blunt as comment as there could be out there, without being mean.

Sir Vivian Richards weighing in on the debate about the pitch seemed like indication for India’s quarters, albeit tempered.

This is what the flamboyant former West Indian batsman had to say on the subject:

“There seems to be a lot of moaning and groaning about the wicket they (England) were playing on. I just felt that the ones who are moaning, in my opinion, should realize there are times that you’re going to get a seaming track, a ball that is basically jumping off a good length and everyone thinks that’s a problem for batters.”

The fact of the matter is that two consecutive matches at the Motera stadium were evidence enough of how one match could look so heavily skewed to bring sportsmanlike into focus in one scenario and another could appear to favour home advantage and yet call for a test of skills of the said home team as much of their opponents.

What is also true that England undermined themselves not only in not preparing themselves for turning tracks in the subcontinent, perhaps lulled into false confidence after their protracted tour of the Emerald Isles prior to the India tour but also, that they have perhaps not have paid enough attention to developing spin in their own backyard.

While it might be a fairer point, nowhere in the world should a home captain have to make such a ‘dive’ in football parlance for pitch preparations to defend a track at home or his team’s performance and nowhere does he have to point out that his team had not gripe after they were shot out in New Zealand in a home ‘unfair’ advantage scenario not so long ago.

Interestingly when was the last time that a team captain – of a winning team at that - not only picked holes in his own team but also in the opposition by suggesting both teams were playing below par while trying to defend the pitch?

Perhaps the better way to address the controversy might be to return to the drawing board as far as the ICC World Test championship.

While there has been some suggestion that points should be docked from India for making an unprepared pitch in the third Test as there is a case being made for penalizing Australia for skipping the South Africa tour because of its implication on less influential cricket nations, a more pertinent course correction would be a suggestion made at the very outset of the inaugural first cycle.

One of the major loopholes about the points system was the fact that it entirely overlooked rewarding teams for winning series and not just individual Tests and more importantly, incentivizing winning abroad in away series by awarding bonus points.

With the inevitable maximum focus once more on winning at home by its very nature because of these loopholes and with the spot in the final within sight, it is going to be hard to argue that the visitors have had a raw deal, with spin friendly pitches at both, Chennai and Ahmedabad. The question is practically rhetorical: what if the shoe were on the other foot? 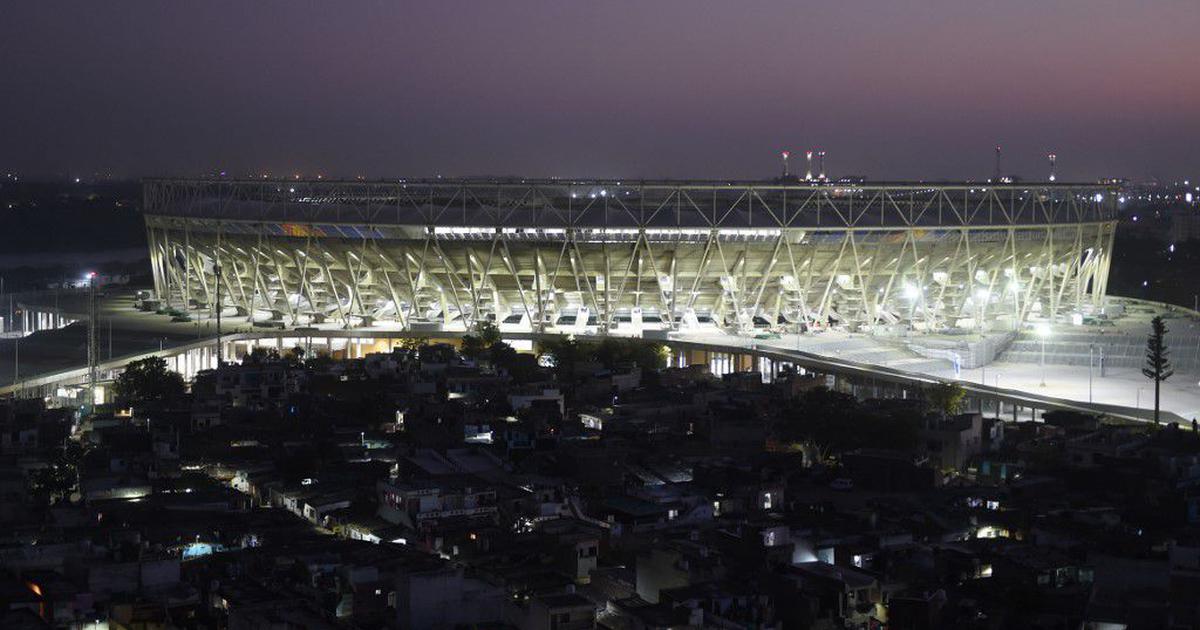