Even as Formula 1 racing appears to come out of a rather brief winter thaw, racing fans are gearing themselves for another rather hectic, history making twenty-three race season in 2021 come this weekend in Bahrain. While Lewis Hamilton looks to extend his history making streak, tricky contracts and a prospective massive change on the cards for 2022 make this a season to watch like few others.

When the inaugural Melbourne Grand Prix was called off at the eleventh hour this time last year due to the coronavirus pandemic that hit too close to home for some of the teams and drivers, no one imagined that not only would Formula 1 get through an entire season but also, that Lewis Hamilton would have a virtual untested run to equalling Michael Schumacher’s record of seven driver championship titles.

While some races had to be cancelled, particularly those in the American continent, and others scheduled in unusual venues, 2020 has certainly whet the appetite for what promises to be a mad dash to the finish before new regulations come into effect in 2022.

Not only does it mean that teams want to gain a foothold in this weekend’s Bahrain Grand Prix in a break from tradition of the season start in Melbourne but also, that drivers will also be on the radar, and their performances shaping how the teams will look to fill up their spots based on the real race time auditions heading into 2022.

While there is some speculation as well as excitement about the prospective changes over the racing weekend including shorter practice sessions on Friday and mini race plans for Saturday’s qualifications, the greater area of interest will undoubtedly be how the teams can close the gap to the seven time constructors champion, Mercedes, and whether there can be a real challenge to Hamiltons’ racing form for a new driver to be launched in the Mercedes seat after 2021 when Hamilton’s contract is set to expire.

While Ferrari finished their worst season in forty years when they finished sixth in the constructors championship last year after the ongoing rift between the two drivers, the four champion Sebastian Vettel and young gun Charles LeClerc, saw the German fall out with the prancing horse ahead of the restart to the season, there is expected to be not only greater competition but also, a balancing of the scales between the Monegasque driver and the Spaniard Carlos Sainz which should make Ferrari’s challenge a little less daunting in terms od parity between drivers.

However, it was be Max Verstappen and Red Bull that all eyes will be peeled on, particularly after Hamilton’s Mercedes signing was not only delayed but also, was revealed as a one year contract, making the 2021 season rather interesting for the Brit who has shown interest in racing for Ferrari in the past but has recently entered a joint venture with Mercedes to promote greater diversity in the sport.

There will be an unusually high interest in the Mercedes’ aging team but also, in the challengers in the form of George Russell – Hamilton’s replacement for one race last year, and Mick Schumacher, son of Michael Schumacher, who is one of Ferrari’s young drivers loaned to Haas and paid for by Ferrari.

While it makes sense that teams will weigh in on the young prospects for the future, particularly as large scale changes are on the anvil for 2022, there is a rather peculiar side show in what does the thirty-three year old Vettel does after managing to find a place at Aston Martin/Racing Point and Fernando Alonso, the two time champion from 2005, who went onto to compete in other racing avenues two year ago, who returns once more to the circuit in his typical boisterous fashion.

Claiming he is “better” than the other champions including Vettel and Hamilton, the thirty-nine year old Alonso who has signed up with the Alpine team believes he was entering a rather competitive season with Verstappen being touted as the most likely contender and challenger to Hamilton’s bid for a history making eighth world drivers championship title.

A controversial figure although a worthy champion in his own right, Alonso is likely to lead the pack when it comes to grabbing headlines from the veteran squad. It might ironically work to Vettel’s favour given that the former Ferrari driver had a rather contentious couple of final seasons, losing confidence as well as privilege with the tifosi in a rather controversial and rather public fallout.

However, it seems less likely that the focus will be altogether distracted from the pack of young challengers. Apart from Hamilton who will look to exploit his one year contract for additional mileage and history, there is greater pressure as well as reason to believe that the Red Bull and Max Verstappen could give the Mercedes a real run for their money if they can be consistent from the get go. Cementing their spot at the head of the pack would have never been a more pressing concern than in 2021.

Hamilton dominated the headlines last year, not only because he seemed like a man in his own league, with sparse and inconsistent competition from his own team mate, Valterri Bothas, and Vertsappen but also, because he made social causes front and center in his podium securing endeavours.

On track though, there is likely to be a real challenge for Hamilton in terms of the spotlight. The big addition to the season, despite the modest performances in the Haas car, might prove to be a huge contender to capture headlines for the right reasons. Michael Schumacher’s twenty-two son, Mick, is likely to grab a fair amount of the on and off track spotlight, not only because of the uncannily common mannerisms he shares with his seven time champion father but also, because there is a large contingent fans who would love nothing more to revive the Schumacher dominance, particularly after it was felt that in the post Schumacher era, Formula 1 has essentially appeared at times to be appear to be a one trick pony.

It is an altogether different level of pressure on the twenty-two year old rookie who is the same age as when his father made his sensational debut for Jordan in 1991. Although Mick claims to be prepared for the challenge, including that of keeping the status of his father’s health private after a traumatic head injury following a skiing incident in 2013 left the seven time champion in an induced coma and hospitalized for a fair amount of time, it is not going to be easy, in showing up in a Haas car and having to wait two years before a spot opens up at the Ferrari pit garage which is the eventual ambition.

Pressure will be high all round this season – on the aging but ever green Hamilton, on the sprightly, sometimes dangerous but highly ambitious Verstappen, on Mick making his debut, on George Russell in the Williams after he showed what he can do with a Mercedes car under him in Bahrain in the last season and on the veterans like Vettel and Alonso who might have to justify that they still have what it takes to make the grid in 2021 and beyond.

This season seems to have all the spice and drama. But the big question remains: can Lewis Hamilton and Mercedes be reined in after their rather stupendous streak? 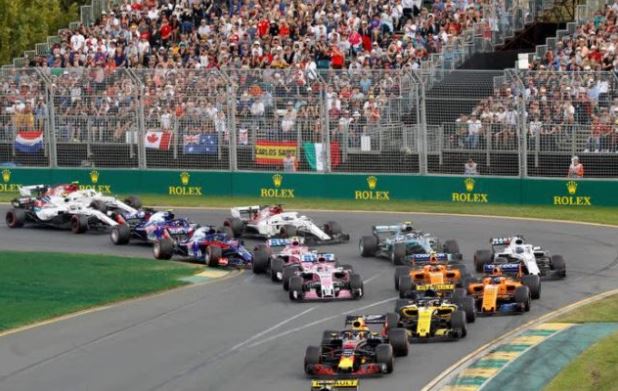