If fortune favours the brave, Max Verstappen was rewarded for an audacious move at the start of the Emilia Romagna Grand Prix, beating Lewis Hamilton who has only himself to blame for losing out on building momentum in an action packed Italian circuit drama.

Halfway through the race, the seven time world champion was sitting on his haunches in the pitlane, head in his hand. It was pretty obvious Hamilton was trying to remove his own mistake out of his mind and trying to reset in time for the restart of the race. The red flag at the 34th lap of the race could not be more obvious for the Mercedes team, who had both drivers and cars hitting the gravel with only one recovering.

While Hamilton recovered from his mistake, although ending up 9th at the time of the restart after a considerable delay of time, Valterri Bottas was left to contemplate on what was after having a second race scuttled through no fault of his own.

If the first race was about a pit stop incident that denied him making headway, this second race of the Formula 1 2021 season saw another Mercedes driver at Williams, George Russell, trying to overtake the senior driver and in the process, taking both, himself and Bottas, out. That there was little bonhomie after that incident became apparent in the manner in which the two traded gestures after the crash and on their respective pit radios immediately after.

For Mercedes, it seemed like a double disaster after Verstappen took an early lead from Hamilton who was on pole position at the start of the race.

The fact that the thirty-six year old made up places to finish second in the overall scheme of things speaks not only of the superiority of the car but also, the grit of the champion looking to create history with an eighth world drivers championship title.

At the moment the British driver will have to settle for a one point lead in the neck and neck race with the Red Bull driver after managing to win an additional point for clocking the fastest lap of the race.

If Saturday’s qualifying seemed to take a leaf out of Bahrain over the controversial track limit exceeding rule, thereby, deleting laps of the errant drivers, Sunday became a case of attrition as weather played spoilsport, making the track wet and tricky.

If safety car became an obvious immediate choice minutes into the race, what was unimaginable was that the race would see a restart at the halfway mark, giving the likes of Lando Norris of McLaren Mercedes and Charles LeClerc of Ferrari an opportunity to make it a podium finish for driving quietly behind the ferocious duo of Hamilton and Verstappen.

Bottas not only received a huge unexpected shunt from the Williams driver on the thirty-second lap but also, saw Russell storm up to him after both cars ended up heavily damaged in the gravel, appearing to tap the Finn on his helmet. Such has been the explosive reaction from both men after the high impact crash that saw debris all over the track to mandate a red flag and a restart, that this will be one for the stewards to investigate in the days to come.

However, while there was speculation that this might be one of the youngest podiums in Formula 1 history with Verstappen, Norris and LeClerc in that order, it had hard to keep Hamilton out as was evidenced in the manner in which the Brit fought his way from 9th place to making it virtually impossible for Norris to hold him back in the end, the McLaren Mercedes driver eventually settling for third place.

“He’s just too quick for me,” Norris radioed back to the pit garage as Hamilton overtook him with three laps to go. Although the eventual 22 second gap that separated him from Verstappen seemed gigantic, Hamilton denied the young Dutchman the opportunity to lead the drivers championship for the first time in his racing career, earning the one point that keeps his nose ahead before the next race in Portimao, Portugal.

Hamilton was aware that this was a monumental blunder on this part and that it could have easily taken him off the race had it not been for his pugnacious effort to drive his car through the gravel and back on track in a desperate effort to check Verstappen. Verstappen, who himself, saw three did-not-finish to his name last year in Italy, will feel vindicated after his 11th career win for keeping the pressure on the British driver who is bent on beating history.

When Lando Norris, who finished on the podium for a second time, was informed by Martin Brundle that he had been voted the driver of the race by his fans, his response brought peels of laughter as he stated, “Really? I didn’t think I had any fans.”

All jokes aside, Norris has surely put a marker on his back, particularly after this extraordinary fight back after starting out of the opening three rows on the grid. He has certainly injected new life in what is expected to be a Hamilton versus Verstappen contest and a Mercedes versus Red Bull battle this year.

Ferrari haven’t thrown themselves out of the contest yet, and a decent finish for LeClerc and Carlos Sainz in the fourth and fifth positions should see them improve, after this rather sedate but respectable finish on their home turf.

At the end of the day though, there were three worthy drivers on the podium. Verstappen drove up a storm to clinch the race rather deservingly in the end. Norris made an incredible case for rookie drivers who get past the early stumbles of a poor grid position to make a name for themselves. Ultimately Hamilton showed that class is still relevant as he took his car into reverse gear, drove out of the sand pit, stopped for repairs and then clambered back to the top from a lowly 9th place.

Lessons in driving masterclass saw an ageless affair in a race that saw several yellow flags for safety and even a red flag to mix it up for a scorching finish in the end.

After pushing Hamilton to the limit in Bahrain, it is Verstappen who has thrown the gauntlet down in terms of which way this season is likely to go after this race in Imola. “It’s still early in the season, many races to go. Stay calm.” Wise words from the Dutchman at the end of the race. 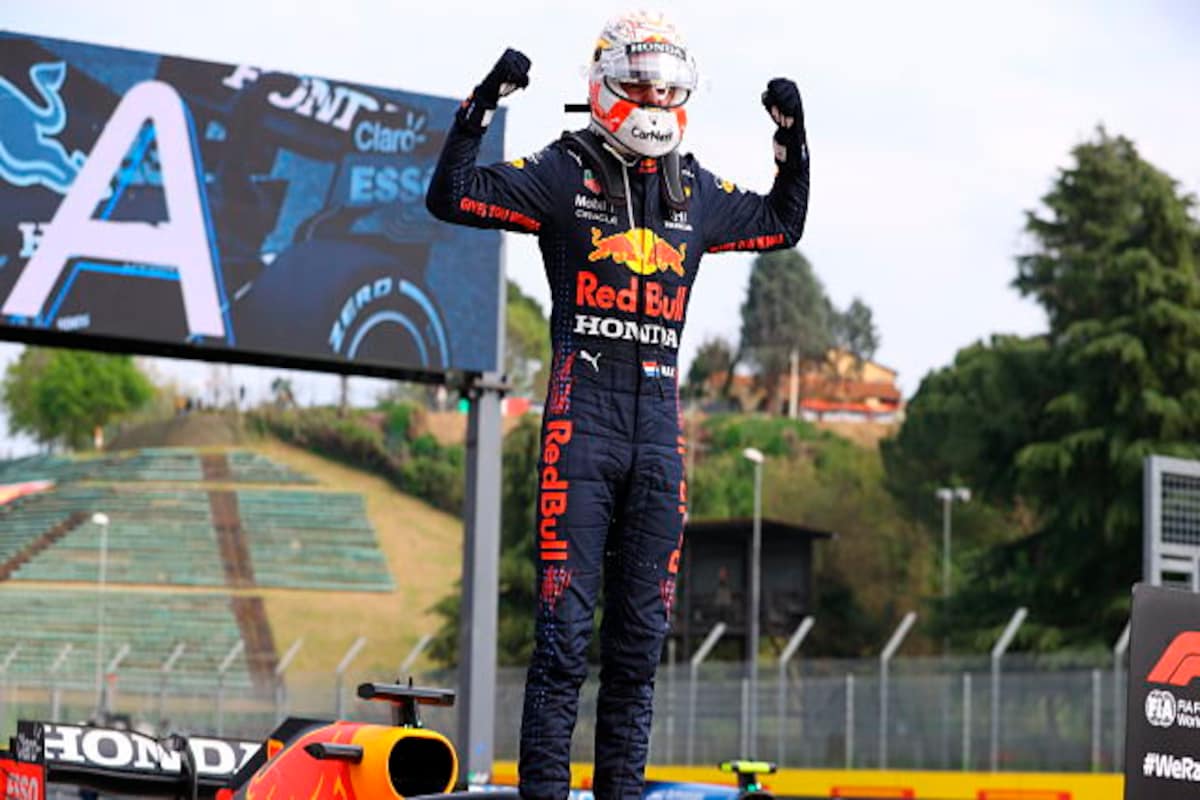