Must the show go on?

Parallel universes are at play in India. On one hand the pandemic spreads unchecked. On the other we are asked to believe the Indian Premier League is a separate, exclusive entity, with no links to what happens outside its own bubble.

The early signs should have been telling enough, when the Board of Control for Cricket in India announced that not only would season 14 of the IPL be played at neutral venues, but the Wankhede stadium in Mumbai would host matches behind closed doors, a concept that has now become a global phenomenon.

The reason? Even before the tournament got underway, the entire staff of the Wankhede stadium were found covid positive. But true to the BCCI’s failproof plans – as far as the cash rich league is concerned, even if other nations are banning entry into the country, or travellers from India, and providing emergency aid after our government was busy touting itself as saviour of the world and supplying medical supplies, even in excess, supplies it cannot provide to many parts of the country – the show must go on.

Perhaps India dodged a bullet last year, but the second wave had completely exposed the country, with prominent doctors such as the vice-president of the Indian Medical Association calling the prime minister a “super spreader” of the coronavirus, and slamming the ambitious government’s inability to supply and distribute urgent supplies to the nation of 1.2 billion.

The double play could not be more obvious, on and off the cricket field.

Sports is often asked to be more than just a source of competition, and an exhibition of human excellence in lion hearted endeavour. It is asked to be a source of entertainment, even of peacebuilding between nations. But even games have limits in their ability to influence. And cricket might find itself a footnote in the history books on this one.

In March last year, the BCCI did not think it appropriate for the Indian cricket team to play the South Africans. The visitors were forced to navigate their way rather dangerously out of India, adopting divergent routes in order to get back home. Yet in the same breath, efforts were underway to renegotiate terms for a pandemic IPL, culminating in the tournament being played in the UAE in the early winter months. Never a clearer sign where the BCCI’s interests lay.

Now the IPL 2020, despite the short gap between consecutive editions, seems eons ago. What seemed like a novel experience last year, of watching empty stadia in the Gulf hosting cricket teams from India, now gives off the same eerie feeling back home.

There is a sense of being detached when watching cricket, somehow unconnected to the reality of things - an unwelcome distraction. If there is now a more vociferous attempt to unite the commentary team and cricketers in raising awareness about the pandemic rules, it is too little too late.

Most of India was relaxed and lax about the pandemic as the winter months approached and IPL 2020 was staged, and the country is now in the throes of a potential warlike situation that could get worse as the 2021 edition rolls around.

The country has been described as “gasping for breath”, at a time when the Union and some State governments claim to have enough oxygen reserves and ventilator beds while people languish on the roads in the scorching sun, some dying in the hands of their loved ones, and others hooked up to saline drips and portable oxygen cylinders as a final desperate measure, with no recourse to a hospital or doctor.

As bodies pile up in graveyards and cremation grounds, and in indignity in overpacked ambulances, the vaccination centres bear an equally desperate arid desert scene, with hundreds of people lining up in the misled belief that it is a panacea, even as afflicted doctors cry themselves hoarse that it can only reduce the intensity of infection, for now, and sounding alarms about the cost of the vaccine, which was sold as a free drug last year. Meanwhile at least three strains of mutations have been identified as originating in India.

Compare this grim reality to the same time last year, when recorded cases were a fraction though fear of the unknown raged high, and migrants to the cities were forced out on long, sometimes deathly journeys back home.

Cricket resumed in a bubble-like environment in England after 100 days in June, yet the BCCI saw no merit in sending the women’s cricket team to any of the tournaments in England or Australia in the past year, while the men continued their digging for gold adventures, to the delight of Australia late last year after the IPL.

It is hard to believe the BCCI’s claim that the IPL in this particular Indian summer is keeping the average cricket fan busy and at home. At a time when empathy and courage are the need of the hour, this attempt to subvert the truth may alienate even the most ardent fans who cannot turn their heads away from the plight of their compatriots, even if there is little else they can do.

That the Modi government continued to appease the Trump government, even hosting them in Gujarat late February last, while the pandemic drew its tentacles into the heart of America, instead of taking stock and preventive measures, now seems like a minor gaffe given how our governments have caught us in the mire of the untruth they were peddling, that India had put the pandemic behind.

Meanwhile the cricket world is witnessing a deeper exposing of the truth.

Not only have the boards been stripped of their lip service last year in how they picked their commitments, but the cricketers themselves – particularly the foreign cricketers, who until recently lived behind their cricket boards – are citing pandemic concerns, bubble fatigue and the rigours of the game for staying away from certain commitments, which normally would have been par for the course for professionals in the modern era.

Now even as the IPL was getting underway the dark clouds of the pandemic were hovering over India once more, so questions abound: how did the foreign cricket boards see merit in sending their men across when they have backed out for far less reason even in the pre pandemic era? Was it their compulsion to keep the players on their payroll, or the BCCI’s megalomanic ability to armtwist boards, a capacity that has only grown in the post pandemic world?

Cricketers themselves have been reluctant travellers to the subcontinent, citing everything from ‘Delhi belly’ to terrorism concerns and a lack of adequate facilities and infrastructure. Over the years, the transformation of their concerns seems due not to any improvement in these conditions but rather by the money rolling into their banks after every Indian summer, not to mention the five-star treatment and VIP status accorded them, and the several parties and indulgences they are privy to by being the entitled employees of their corporate owner-franchises.

The withdrawal of three Australian cricketers and one or two prominent Indians was unlikely to change the BCCI’s mind. As many within the cricket fraternity themselves have pointed out, there are commercial interests at stake.

Some took offence to the comment by Delhi chief minister Arvind Kejriwal, to vaccine manufacturers that “We have the rest of our lives to make a profit”. But even as the BCCI cited job losses if it had called off the IPL at this stage, perhaps none is better positioned than the BCCI to compensate the ecosystem of the game that depends on it.

It can use any number of reasons for why the IPL must go on. Indeed focusing on the pandemic might not serve the majority of the population. But when disconnect enters the picture, and the conscientious human being behind the cricket fanatic can see the divide - some for the first time - it might not help the IPL brand or the game of cricket in the long run. After all the IPL has tended to thrive largely on its ability to attract the extravagant fan to the stadium in the summer: fans who are more fanatical about their summer vocation than with the state of the game.

One telling story paints the fact.

Cricket Australia was involved in a combustive, one sided fight with the International Cricket Council over not wanting to host the ICC Twenty20 World Cup. Yet it threw everything including the kitchen sink to ensure that India’s tour of Australia went through, although Sydney was a hub of pandemic concern, and the Indian cricket team even stayed on amidst criticism that they were being poor tourists, spoilt brats for showing concerns over room service and restrictions in continuing with the tour.

Cricket Australia then promptly cancelled its own team’s tour of South Africa at the eleventh hour, without a second thought to what that country might have been going through in terms of administrative mayhem and loss of opportunity for its cricketers.

While South Africa painstakingly explained the measures and demands being thrust upon them like hurdles in a track race by their southern counterpart, word on the street was that some Australian cricketers were afraid of contracting the disease – even though South Africa’s second wave was on the wane and restrictions considerably reduced to level one – and worse, of being stranded in a hospital abroad.

India is now dealing with a scenario that is the true definition of a pandemic. Yet the foreign cricketers seem to have less compunction about going along with the game in a foreign land. Economic compulsions and future prospects at stake, no doubt, but also made easier by certain factors.

The dichotomy is stark and tells of the cushy, luxurious treatment they get by entering the ambit of the avaricious, the ultra rich franchisees and a cricket board with the attitude of profit-at-all-costs – quite unlike when they are playing nation versus nation. The threat of the disease even in a bubble is present as is the danger to themselves and their families. Could the disconnect be any more obvious? 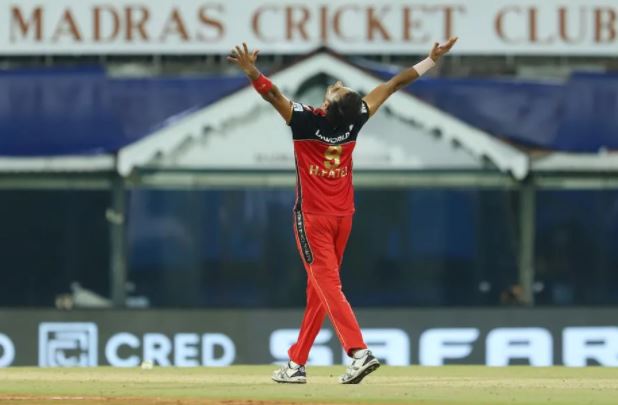