It will be clear by the end of the month whether the Board of Control for Cricket in India is willing to put its neck on the line as far as hosting the ICC Men’s Twenty20 World Cup in India goes. What is not in doubt – and never was – is the continuation and completion of the IPL 2021 season, now being shipped abroad to the UAE.

By announcing two decisions in a single breath, the BCCI left no room for speculation on where it stands with regard to its own interests. At stake is the fate of the Men’s T20 World Cup which may have to find itself an alternate venue after all. As far as the IPL goes, with huge commercial interests at stake it was always going to be business as usual, even the day it was brought to a rude halt.

This was the BCCI statement after Saturday’s SGM:

“The Board of Control for Cricket in India (BCCI) on Saturday announced to complete the remaining matches of VIVO Indian Premier League 2021 season in the United Arab Emirates (UAE) considering the monsoon season in India in the months of September-October this year. The decision was taken at a Special General Meeting held virtually, where members unanimously agreed to resume IPL.”

It went on to add: “The BCCI SGM further authorized the Office Bearers to seek an extension of time from the ICC to take an appropriate call on the hosting of ICC Twenty20 World Cup 2021.”

The dust has barely settled on the stunning abrupt halt to season 14 of the IPL. Some of the Australian players are only now setting foot on home soil having served lengthy quarantine periods. They had better keep their bags packed, because the BCCI will be shipping the teams back to the UAE to complete the business end.

Even as New Zealand cricketers including Tim Seifert are sharing their ordeal of being stranded in India after they contracted the virus, the BCCI has been making plans ever since it was forced to call off the tournament amid a public hue and cry when India found itself in the throes of a second wave, and some of its own players and support staff reported positive, showing the ease with which the virus spreads, and the fallacy of the BCCI’s fool proof plans.

Meanwhile, a sense of deja vu surrounds the Men’s T20 World Cup, with the International Cricket Council once more bracing for a change of venue and schedule – and once more it is not just the coronavirus pandemic complicating matters.

Last year the ICC went up against a brazen Cricket Australia, who refused to host the edition while also leaving no stone unturned to make India’s tour of Australia possible at all costs, even as Australia was reeling from the pandemic at the time.

Cricket Australia kept the ICC on tenterhooks, before the governing body was finally forced to read the writing on the wall and reschedule the World Cup – and now the ICC finds itself with its back to the wall once more, this time against the BCCI, whose fiscal priorities have shifted to ensuring the IPL 2021 is completed come what may.

At the special general body meeting held online on Saturday, the BCCI decided to request the ICC for more time to convey its decision on whether it intends to remain host of the 2021 event, to be staged in October-November.

A second cancellation would be a bitter blow for the Twenty20 World Cup. The ICC has given the BCCI until the end of June to decide whether it will host the event in India. With the UAE an alternative venue, the ICC reiterated that India, i.e. the BCCI will play host irrespective of where it is held.

“The ICC Board has requested management focus its planning efforts for the ICC men’s T20 World Cup 2021 on the event being staged in the UAE with the possibility of including another venue in the Middle East. A final decision on the host country will be taken later this month. The board also confirmed that the BCCI will remain the hosts of the event regardless of where the event is played.”

For the BCCI, the question of hosting the World Cup at home rides on the pandemic situation of course, but also the taxation policy of the Indian government.

This has been a longstanding issue between the ICC and the BCCI – a thorn in the flesh in a manner of speaking – and the financial cost-benefit analysis might have as much a part to play as the pandemic in the BCCI’s final decision.

At the heart of the matter is the ICC’s appeal to the BCCI to demand a tax waiver worth Rs.900 crore ( approximately $125 million ) from the Indian government so it can maximise its profits from the global tournament, for distribution amongst the various permanent and affiliate members.

Absent such a waiver, the BCCI is liable to incur the damage, and says it may end up losing half its revenue from hosting the event.

The ICC-BCCI tax tussle is not new. The ICC has held this grievance since India last hosted a World Cup at home, the T20 Cup in 2016. The ICC even withheld the BCCI’s share of the revenue pool in lieu of its demand to procure the waiver, which could affect two World Cups in this cycle, the 2021 Men’s T20 World Cup and the Men’s ODI Cricket World Cup in 2023.

Cricket Australia too pondered whether it was financially and logistically worth hosting a 16-nation tournament at the height of the pandemic, where the profits would be disbursed amongst many, when it could walk away pocketing millions from the Indian tour alone.

Similarly for the BCCI, it is the IPL that must be staged at all costs, even if it means not waiting for the situation in India to improve, but taking the IPL back to the UAE to complete the season.

Interestingly enough, before the BCCI’s virtually immediate decision no voice was raised about the merit of truncating the IPL season. It could be argued that the first half of the IPL was barely a blip on the radar for many cricket fans, as India battled desperately to deal with its surmounting Covid tragedy.

Does it matter where the teams stand in the first half? The players and franchises may well argue that they worked hard to finish where they did on the points table on the 4th of May when the IPL was finally called off. Perhaps a fresh tournament, a faster, shorter version might have helped the IPL more, for fans to renew their interest.

Given how much rides on hosting a large number of premeditated matches, the BCCI probably did not consider the option at all in the larger numbers game. There is a possibility now of several double headers being scheduled to complete the season.

There is also now the availability of foreign players to consider, given not just the pandemic but their commitments at home. Unlike last year when the franchisees were unwilling to carry on without their foreign investments, the BCCI is planning to make leeway for player replacements depending on their availability, but carry on the tournament no matter what.

Those who asked of the foreign cricketers and commentators why they took significant risks coming to India which was in the early stages of the second wave at the time of the IPL, will now have their questions answered: the BCCI plans to allow the franchisees to dock the foreign players’ their salaries if they fail to show up.

Interestingly enough, had the tournament not resumed at all the BCCI would have been forced to ensure that these same players were paid their dues in full.

While there are still dissenters calling out the BCCI for its callousness with regard to the current Indian situation, seemingly the BCCI’s mind was made up the day it halted the IPL as reports of the virus emerged in a number of teams.

As for the Men’s T20 World Cup, although the BCCI had shortlisted nine venues across the country in April itself, it will remember the lapses in requiring frequent travel, which affects the feasibility of biosecure bubbles and a safe playing environment.

The pandemic is not over yet, and travel restrictions are being imposed once more by foreign nations, so given the logistics of having to host sixteen teams, not to mention the profit margins, the ICC Twenty20 World Cup could well go the route of the IPL.

Any possible rescheduling of the global tournament is likely to clash with other scheduled tours. There is also the fading question about the logic of hosting World Cup events back to back in successive years, now possibly within months of each other. Keeping its date, the Men’s World Cup may either have to wait it out tentatively for a place in India in the designated months, or find its way to the UAE at an early determination.

The ICC, after two harrowing episodes of speculation over the tournament in consecutive years, will be eager to make it happen at all. With several permanent and associate members also desperately riding on that possibility for their slice of the revenue pie – unlike the BCCI which has been in the enviable position of picking and playing in the post pandemic period – the ICC has virtually no choice but to accept the BCCI decision in the matter, one way or another, and get on with the game. 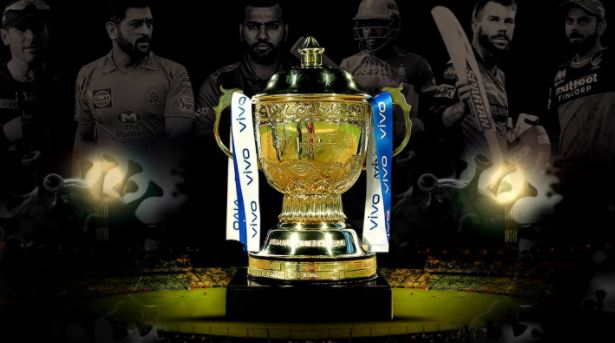