Pioneering greats should be placed on a pedestal all their own.

Often they plough a lonely furrow, overcoming hurdles and obstacles ranging from sub standard facilities, limited infrastructure and a funds crunch. They have no inspirational figure to show them the way ahead. They are the path breakers who pave the way for others, who play the role of a mentor and make it that much easier for future generations to garner honours, win medals and come good on the international stage.

If for nothing else for this reason alone Milkha Singh will be in anyone’s list of top ten greatest Indian sportsmen of all time.

Before he burst dramatically on the scene in the 50s Indians were not at all known for their prowess in track and field events. They were a couple of athletes who participated in international meets but their challenge was barely a whimper.

And then Milkha appeared on the stage and Indian sport had a new unexpected hero. A country that had hardly produced sporting heroes in its first ten years of independence other than its hockey players who regularly won the gold medal in the Olympics suddenly found itself cheering an individual who had risen as if from nowhere to become a household name not only in India but also around the international track and field events.

The two go together but it is the track that Milkha Singh blazed as a sprinter nonpareil. First the country saw the gifted youth racing around winning medals in national-level meets. Then it was time for the bigger stage – the Asian Games, the Commonwealth Games, the Olympics. But India had never had any individual sportsman to excel at such major events.

Milkha however was made of sterner stuff. A burning ambition, a hunger for success that knew no bounds and the saying ''second best is still a loser’’ goaded him on. Two golds in the 200 and 400 metres at the Asian Games in Tokyo in 1958 and a 440 yards gold at Cardiff at the Commonwealth Games the same year made him a figure to reckon with in the sporting world.

He brooked no opposition especially in the quarter mile which became his specialist event. And by the time 1960 rolled around he was ready to take on the world’s best in the Rome Olympics.

The story of the heart breaking medal missing run in the 400 metres at Rome by 0.1 seconds has been told and retold umpteen times over the past 60 years. If some triumphs are part of sporting folklore this would be at the top of the list when it comes to chronicling the saddest episodes in Indian sporting history.

After all, it did reduce Milkha to tears and think seriously of retiring from sport. Years of practice beyond the limits of human endeavour had helped peak his running skills to the point where he had hoped to win a medal for his country. And then to miss it by the narrowest of margins was enough to make the lion-hearted Sikh down-hearted.

Fortunately however he was persuaded to continue and so we had a Milkha double gold medal in the 400 metres and 4 X 400 metres relay at the 1962 Asian Games at Jakarta.

I was at school when Milkha was at his peak from the late 50s to the early 60s and predictably enough he was my boyhood hero. I followed his exploits closely via the newspapers and the radio fully comprehending the enormity of his achievements. I longed to meet him knowing fully well that this could well be just an unfulfilled dream.

In 1974 as luck would have it he came down to my hometown Madras (now Chennai) when I was a sports reporter and there was an informal press meet wherein I did interact with him. To my pleasant surprise despite being one of the biggest names in Indian sporting history he was a picture of humility.

I shall never forget his opening remarks made rather informally. ''Friends I know your Hindi is not good, I also know my English is not good’’ sparking off peals of laughter all around. And then he continued with a mix of English and Hindi while making a fervent plea to the press to highlight any talented youngster’s achievement boldly in print via the headlines or photographs.

''I know when I was young and when I saw my name in the papers for the first time how I was encouraged to aim for further laurels.’’ And while he did speak about his manifold achievements on the world stage there was a tendency to downplay them and talk only of the feats of others.

Even men and women from other fields of sports have emphasized how Milkha has inspired them. He remained such a charismatic figure that he commanded attention even into his 70s and 80s. Remarkably fit and agile and almost always attired smartly in a suit and a tie on formal occasions his speech and his multifaceted activities belied his age.

He took pride in his son Jeev’s feats as he rose to become India’s leading golfer. His outlook was refreshingly upbeat and he didn’t nurture any grudges even if a Padma Shri award is hardly befitting for a man of his unique achievements. Perhaps a higher honour can be bestowed on him posthumously. 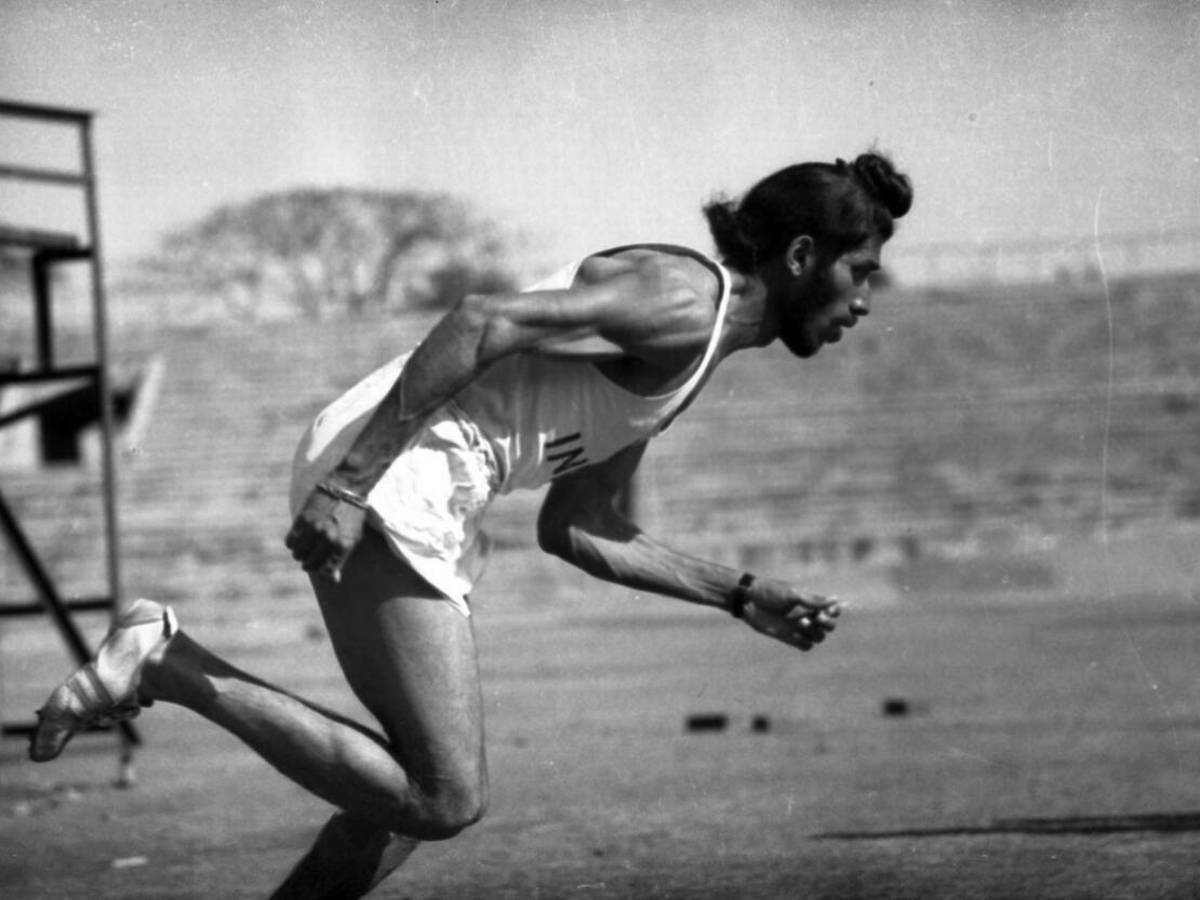