Support for Our Athletes Needs to Endure, Say Former Medallists

'It lasted as long as it lasted''

Over 150 international tournaments. 4 Asian Games. 1 gold. Yet retired hockey player Rajbir Kaur Rai fears that her skill and contribution to the country are swiftly fading into oblivion.

It has been eight years now since she took early retirement from her job at the Punjab and Sind Bank, to dedicate more hours to the sport. But despite announcing her availability for hockey coaching profiles at a public function, she is yet to be recruited for her experience and skill.

“This fanfare around our medallists will last no longer than a month at most,” says Rai. “Once the excitement around the Olympics dies, we will go back to worshipping cricket.. No one is bothered about how the former medallists are doing anymore, neither the state government, nor the public.”

Hailing from Chandigarh, Rajbir Kaur Rai represented the country in the Asian Games as one of the golden girls of the hockey team. She played half-back and was captain of the team from 1985 to 1994.

She began training in 1976 when she was in grade 7 at boarding school, and played her first international tournament at the age of 17, as the youngest member of the team.

The only player to represent the country in 4 consecutive Asian Games, Rai says she feels like she dedicated her entire childhood and formative years to the sport. She played her last match in 1995.

Continuing in her pursuit, she realised that her bank office hours would no longer allow her to practise, so she quit her job and began to send out feelers about her availability and eagerness to coach.

Five years ago Rai even publicly offered free hockey coaching to the girls studying at her alma mater, Lyallpur Khalsa College, but was never taken up on her offer. “I have never even been invited to one of the hockey grounds,” she tells The Citizen.

She recalls thoroughly enjoying her hockey training at school and has no regrets about her time spent in the sport. She only wishes she would be remembered by the country she won the medals for.

For Gurbachan Singh Randhawa, a former Olympic athlete and the first to be awarded the Arjuna Award, it is equally important to look to the future.

Considered one of the top Indian athletes of all time, Randhawa first competed in the Olympics in 1960 in Rome, and went back again in 1964, competing in hurdles, high jump and decathlon. In the interim he won gold at the Asian Games in decathlon in 1962.

He has spoken of his childhood in the small village of Nangli in Amritsar, and how he spent his younger years pumping tubewells and farming with his grandfather, in a place that did not even have a post office.

“After we celebrate the athletes who have already won, the impetus should move towards cultivating more of them, from all remote corners of the country,” he tells The Citizen.

Randhawa agrees how fleetingly we celebrate our athletes. As does Vasudevan Bhaskaran, former captain of the Indian hockey team, the only Indian team to bring back gold from the 1980 Moscow Olympics.

“To me ours is a nation that is short lived,” says Bhaskaran, “it will go on for a week or two… This is the trend with global sports followers.”

Both Randhawa and Bhaskaran share the concern that sports facilities are not being made adequately available to young people in rural areas or those living below the poverty line. They say these talent pools remain largely invisible since they are not able to access proper training or opportunity.

Neither of these decorated Olympic athletes hold an expectation of remaining relevant in the minds of the general public. What they do constantly hope for is that the sports themselves remain relevant for the general public, and the country at large. They take issue with the neglect the respective sports face, after the medals come home.

Rajbir Kaur Rai’s husband, Gurmail Singh, was also on the national hockey team that won at the Moscow Olympics in 1980. Having served for nearly 39 years with the Punjab Police as a superintendent he is recently retired - and has not been receiving his pension for the past four months. These are the times that Rai is tempted to bring up the fact that her husband has toiled for the country in more ways than one.

For Jaspal Rana, Manu Bhaker’s former coach, who has been receiving a lot of backlash for India’s performance at the Tokyo Olympics, athletes need to be nurtured far more urgently than they need to be celebrated - but the two run somewhat in parallel with each other, he says.

Rana competed at the Asian Games in 1994, winning gold, and the Commonwealth Games in 1998.

“Along with public interest, the country’s investment in the sport and athletes wanes too,” Rana tells The Citizen.

He says placing blame has no place in sports. He now coaches at the Jaspal Rana Institute of Education and Technology, Dehradun.

According to Rana, the type of action and hubbub within the sporting community closely preceding and following the Olympic Games needs to remain consistent and incessant. If that happens, it is bound to reflect on a larger scale.

Speaking about the shooting team specifically, since they are the youngest team right now, he says “If we can figure out how to protect our athletes, in every way, I think we are there.”

“I remember the euphoria, we didn’t know what we had achieved” says Mervyn Fernandes, as he recalls his return to India along with the rest of the hockey team after the 1980 Moscow Olympics.

“You treasure the medal so much that you wear it around your neck right through. Holding it, kissing it, trying to figure out if it’s real… I haven’t been asked about that feeling in a long time” says Fernandes.

“It lasted as long as it lasted… As we all know after about a month or so, the uproar dies down,” he says, speaking of the brief yet raging attention he received on his return to his hometown Ambernath, Maharashtra.

Fernandes continues to represent the country at national racketlon tournaments, his other passion.

“Very few people, only those of a certain age, can put two and two together and recognise me as the same hockey player.”

Former golden girl Rajbir Kaur Rai thinks there is a lot of sporting talent in India, but we do not make the effort to find and pursue them.

“Start asking them about what they need in terms of aid and support as soon as they start qualifying for tournaments,” she says, “and not just after they bring back a win.” 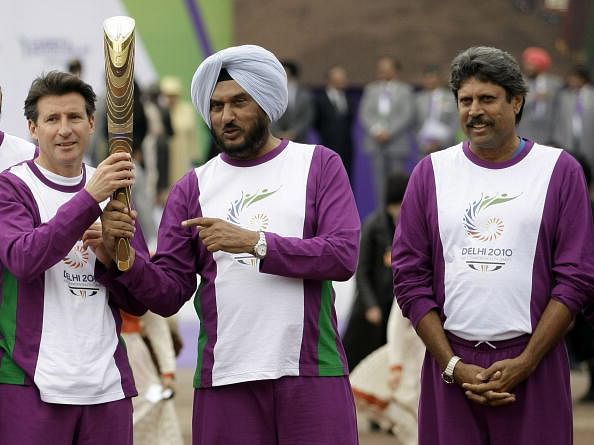