The Indian team can keep notching up one great victory after another and indeed we have lost count of the numerous such triumphs over the last half a century. But however outstanding these victorious moments may be, the aura over the India Rubber Year of 1971 will never diminish.

It’s been 50 years since August 24 1971 when India defeated England at the Oval to clinch a Test series in that country for the first time after a string of reverses dating back to 1932. But for old timers who happened to be around that day and for the very keen and knowledgeable followers of Indian cricket this day will always be something very special.

The younger cricket fans in this country who have been used to a run of notable victories in the Gavaskar-Kapil-Tendulkar-Dhoni-Kohli eras may take such things for granted. They have seen the Indians win everywhere, notch up outstanding victories with India rising to the No 1 spot in the ICC Test rankings and with the players running up all sorts of world records.

But back in 1971 the situation was very different. For almost 40 years the Indians had suffered one setback after another, their away record being particularly abysmal. On one infamous occasion at Leeds in 1952, India lost their first four wickets without a run on the board. In the same series at Old Trafford India became the first team in Test cricket to be bowled out twice in one day – and for totals of 58 and 82. In the next Test at the Oval India lost their first five wickets for six runs.

A few years later India lost to the West Indies in Kolkata by an innings and 336 runs – the second highest margin of defeat in Test cricket. During 1967-68 India lost seven Tests on the trot. In 1959 and 1962 India lost all five Tests to England and West Indies. During the period 1959 – 1968 India lost 17 successive away Tests.

By the time 1971 rolled round India had just won 15 of the 116 Tests they had played. Indian cricket fans had grown accustomed to defeats and debacles so when the team won a historic away series in the West Indies early that year it was almost too good to be true. But however glorious and historic that victorious performance was, it was taken for granted that it would be too much to expect the Indians to repeat that triumph in England later that year.

For one thing the record in that country was Tests played: 19, lost 15, drawn four. Secondly England were the No 1 team in the world having just regained the Ashes Down Under in 1970-71 and being in the midst of a run that would see them go a world record 26 matches without defeat. With a mixture of luck and pluck India were able to make it to the Oval for the third and final Test with everything to play for.

And then much to the unbridled joy of the Indian cricket follower August 24 1971 proved to be Indian cricket’s finest hour. India won by four wickets for their first victory in 22 Tests in England and with it the visitors clinched the series. Gavaskar of course emerged as a key inspirational figure in the turnabout but there were other factors too like the famed spin quartet being at their peak and vast improvement in the fielding and close-in catching.

The celebrations were loud and long, the Indian squad was feted like no other team before it, they were taken in a miles long procession in Mumbai on their return and had an audience with Prime Minister Indira Gandhi. The double triumph and especially the win in England had whetted the appetite of cricket followers who had so far been witness to only dismal deeds and days. With all the many reverses since then – it’s been half a century after all – the positive side in the balance sheet outweighs the negative.

These days the Indians are expected to win, not lose. And while this attitude can result in unreasonable reactions when the team is beaten the fact remains that the really dark days have been long over. And for the one major turning point we have to look at one year – 1971 – and more specifically August 24. 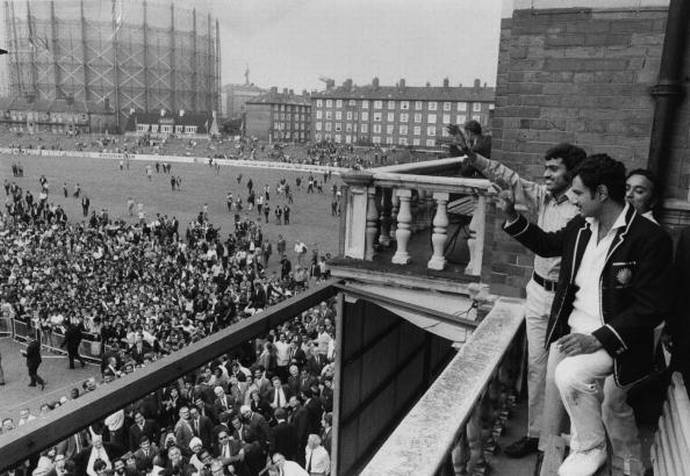