The Italian Grand Prix can be summed up in two stories

A close call. A narrow shave. The escalating tensions between the frontrunners this season reached a crescendo moment when the cars literally found themselves in the gravel pit, piled atop each other, taking both, Lewis Hamilton and Max Verstappen, out of the contention for the remaining length of Sunday’s Italian Grand Prix.

To say that the Italian Grand Prix could be summed up in two stories, three if one takes into contention the ongoing debate about the relevance of sprint races, would be an understatement.

While McLaren were basking in the rare limelight of having both their drivers finish in the top three, that the two frontrunners this season were going to end up at some point in each other’s face, albeit not quite so dangerously as they did, seemed par for the course given the manner in which each point has been feistily fought for after the Dutchman had put a spoke in the wheels of the Brit’s ambitions for an eighth world drivers’ championship from the get go.

McLaren stole the show at the sprint qualifying race on Saturday, overtaking a surprising slow starter in Hamilton and then again on Sunday when Daniel Ricciardo upstaged Verstappen who started on pole after Valterri Bottas was shunted to the back of the grid despite finishing the sprint race on top.

While McLaren celebrated its first win since 2012 and Ricciardo his eighth career victory and more importantly, his first since Monaco 2018, the story of Monza told a very different tale about the title chasers whose determination has switched places with desperation from time to time.

Verstappen and Red Bull would have been furious to have been handed a three place grid penalty for the next race in Sochi after the meeting of the race officials at the end of the Italian Grand Prix. Part of that angst would stem from the feeling that Red Bull had previously felt underdone by the stewards at Silverstone where Hamilton went onto win the British Grand Prix after clashing with Verstappen at the Copse corner in what was later dubbed as a racing incident that allowed the thirty-six year old British driver to go scot free.

In many ways, the stage was set for fireworks on Sunday, after a rather underwhelming weekend for Hamilton and a race gone horribly wrong for Verstappen.

The young Dutch driver would have been eying his chances to recoup and build on his five point lead in the world drivers’ championship after Hamilton was pushed back to fifth spot with the McLarens pulling off surprising overtaking moves at the start of sprint race – the second of the three such experiments this season.

However, not only did Verstappen get off to a shock start, sandwiched as he was between Australia’s Ricciardo and England’s Lando Norris for the McLarens but also, was left reeling after a horrendous 11 second pit stop on the 23rd lap saw him pushed right down of the top ten. That the pit stop had come after his team tried to keep him out on track longer to gain some traction on Ricciardo despite his vehement argument that his tyres were shot, only made things worse.

It was little surprising then that three laps later, a frustrated and desperate Verstappen found himself wheel to wheel with Hamilton as the latter was exiting the pit lane and in what has become a familiar sight this season, the two touched, to dramatic but mercifully less destructive effect in terms of personal injuries to either driver, a situation that could have been far more impactful and eventful but for the technology of halo that prevented Hamilton’s helmet taking the brunt of the right rear wheel of Verstappen’s car.

Verstappen and Hamilton had already touched on lap 1, signalling their intent at the outset of take no inch, give no inch that has come to mark their tetchy and tight rivalry this year.

This time, as Hamilton pitted and came out on Turn 1, to find Verstappen at his left elbow, pushing him wide meant that Verstappen, who was optimistic enough to think they could drive side by side if not complete the overtake himself, was caught on the unpopular and unforgiving sausage kerb which launched his car first into the air and then atop Hamilton’s Mercedes before both cars found themselves headed for the gravel alongside the track.

But it was one of the hairiest moments in motor racing that lasted barely a few seconds but saw both drivers in a fair bit of danger at one point. If Verstappen was airborne after his car clipped the sausage curve, the right rear wheel of his tire appeared to graze the top of Hamilton’s helmet at one point, before the cockpit driver protection device came into play. Verstappen’s car slid to the top of the front of Hamilton’s car as it plunged nose first into the gravel, leaving Hamilton dangerously below and Verstappen suspended in the air.

The stewards held that Verstappen was “predominantly to blame” as he had options like some of the other drivers at the same spot. They did add though that it was not wholly Max’s fault but that the Dutchman was more guilty that Hamilton in this particular instance.

If Red Bull were fuming after Silverstone, claiming 1.8 million dollars worth’s damage to the car after that crosshairs that was the battle for the top spot, they are contesting this verdict over what they believe is a similar racing incident, something former drivers and race pundits have called it this time and would have to, in some ways, after sticking by Hamilton at the British Grand Prix.

For Hamilton, desperation was rent in the air at the Dutch Grand Prix as he kept playing catch up in vain to Verstappen. And then he spent no time complaining over the pit radio that the young Dutchman ran him wide, not giving him room when they touched at the start of the race in Monza. It was not surprising that Verstappen walked away with pretty much the same conclusion after that terrific collision, claiming that Hamilton ran him wide and squeezed him until there was no more room.

Verstappen’s version went thus: “I thought we were going to have a nice fight into Turn 1 through Turn 2. But as soon I was next to him, he just kept on squeezing me more and more to the left. Unfortunately, he ran me a bit too much out of the road, so then I clipped the sausage kerb and that’s why we touched. You need two people to work together to make a corner and we are fighting for position. If one guy is not willing to work, what can you do?”

While Mercedes team principal Toto Wolff called it a “tactical foul”, Hamilton contended that Verstappen knew the outcome of the decision to try and overtake him at Turn 1.

Hamilton tried to play the upper hand on the occasion, though not many would agree to his assessment of the contact on the first lap. “It’s exactly the same scenario that happened at Turn 4, where I went round the outside, I was exactly in the same position, but I gave way and that’s racing,” the seven time world champion claimed.

“He (Verstappen) just didn’t want to give way today and he knew that when he was going into Turn 1, what was going to happen. He knew he was going over the kerb but he still did it…I don’t really know what else to say,” he added.

Later, Hamilton spoke about feeling his neck sore, and of realizing the fragility of life after the close brush, but also, touched upon the fact that Verstappen had not come over after getting out of his own car to check on the Brit.

Max did respond with, “Lewis was fine, he was still trying to reverse. When you’re not fine, you’re not doing that.” Hamilton did admit that at the time of the collision, he was indeed attempting to get his car back on track though having been pinned under Verstappen's car, that was not likely to happen.

In a case of pot calling the kettle black, Hamilton touched on Verstappen, “I did see Max get out and just walk by and I felt that was a little bit surprising, because ultimately the first thing we want to make sure is that the guy that we collide with or crash into is OK. But the good thing is that I was able to get out. It was a long walk back and we live to fight another day.”

It might be remembered that Hamilton was seen being unusually jubilant in victory in his over the top celebrations at Silverstone, being labelled insensitive even, this after it had become obvious that after their contact, Verstappen had been whisked away to hospital for precautionary medical tests. The scenario of the two drivers lunging at each other for championship points and brownie points is unlikely to change despite this nasty collision that could have had far worse consequences that a sore neck for Hamilton and damage on both cars.

It is highly unlikely that despite this shocker of a collision that things will cool down on the track between the two drivers. In terms of the world drivers’ championship, it still means that Verstappen retains his five point lead after finishing second in the sprint race, although it is still going to keep the rest of the season on its toes.

On a side note, the sprint races once again took on a debate of their own, with many questioning the logic of Bottas running and finishing first, knowing well that the Mercedes driver, who is set to leave the team at the end of this season, would anyway start at the back of the grid for Sunday’s main race given the engine change to his car. While Brazil will host the last of three experimental sprint races this season, there is a fair bit of debate whether the sprint races should become a standalone event by themselves on a Saturday, with no relevance or bearing on Sunday’s race.

The need to make weekends more entertaining and interesting on the part of the Formula 1 organizers has backfired not only in terms of the mixed reactions to the sprint races by the teams and fans and also, by the fact that Hamilton and Verstappen have managed to keep the temperatures on and off the track soaring pretty high all through the season thus far, making the experiment somewhat redundant at the moment, little more than a distraction. 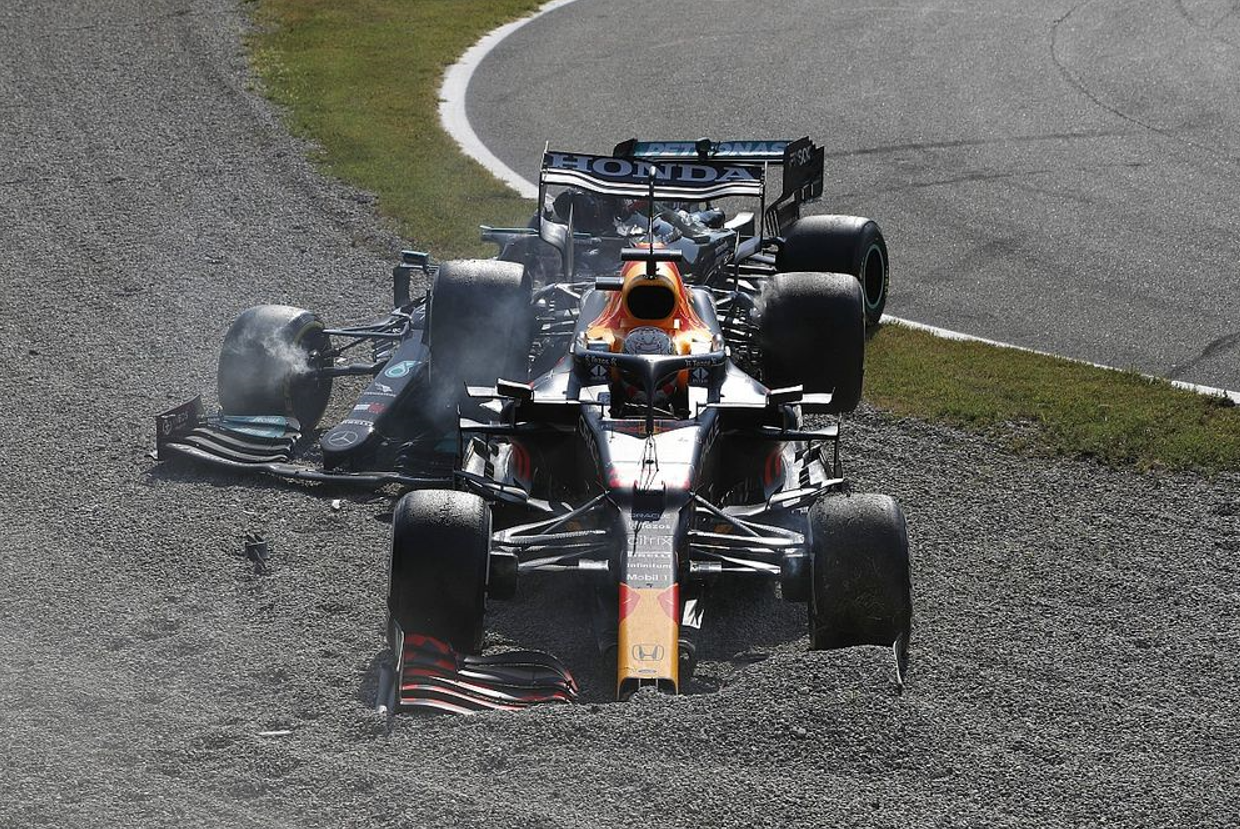