Hamilton’s look over the shoulder

As Formula 1’s 2021 season winds down to the final seven races of the season beginning with the Turkish Grand Prix this week, Lewis Hamilton is feeling the heat. “Took some time coming,” were the Brit driver’s words after winning at Sochi to make it a record 100 grand prix wins. Much like this milestone win, Hamilton knows it is a scrap to the finish if he is to secure his record breaking eighth world championship this season with his gnarly competitor on track, the unstoppable Max Verstappen, going toe to toe with him.

The journey from equalling Michael Schumacher’s 92 grand prix wins to etching his own phenomenal record of 100 grand prix wins might have seemed like an arduous, painful one for Hamilton. While the hunt for more such milestones, including the landmark potential eighth drivers championship title, continues for Hamilton, this has been a season of reality checks for the British champion.

Hamilton’s look over his shoulder, as he spoke after the Russian Grand Prix, said it all. Watching Verstappen behind him, Hamilton could not help but let out a surprise and wry smile.

After all, Verstappen was not expected to finish this race anywhere near the podium. Starting at the back of the grid over a power unit change having already incurred a three place grid penalty for the collision with Hamilton in the previous race, Verstappen’s fortunes took a turn for the better as did Hamilton’s when late rain in Sochi played one final part on the racing weekend.

Lando Norris will be an aggrieved man as will his team at McLaren. Finding himself in the unusual spot of possibly scoring his first grand prix win, the final stages of the Russian Grand Prix saw rain make mayhem between the drivers and the pit garage as orders were sent out for tyres to be switched to intermediates. With barely four laps left in the race, it was a tough decision to make and some like Norris were left to rue what could have been had they followed through.

To be fair to Norris, as the rain weather approached rather deceptively slow at first but picked up as the rain reached closing stages, while the team engineers sent out the message for a necessary tire change, Hamilton, like Norris, insisted he wanted to stay out. Norris seemed anxious to the point where he was screaming into the pit radio as he was eager to concentrate on the race and see it through, although it became fairly obvious with the car slipping and sliding that the race was slipping away from him at the very end.

Hamilton benefitted in the end from an insistent team in his ears and the tire change ensured he stayed on track and in position when Norris was finally forced to heed the call, albeit by which time his first ever grand prix victory was out of his hands.

Another unexpected beneficiary from the rain though, much to the exasperation of Hamilton, was the Dutchman flying all season in the Red Bull.

Verstappen started at the tail end and had to make his way up before feeling the bottleneck of a train of cars he could not overtake as Hamilton felt fresh legs in the latter part of the race as he made ground to catch up to Norris. But unlike Norris, the Red Bull driver found himself not only changing his tires to wet weather early but also, found his persistence on track all afternoon paying off, as he ended up behind Hamilton and with only two points now separating the title contenders for the season. It was not the result Mercedes were hoping to walk away from at Sochi.

Hamilton has become increasingly frazzled, ruffled and even defensive at times as was seen at the start of the Russian Grand Prix, not wanting to get caught up in the battle of the eager gang at the start of the race comprising Ferrari’s Carlos Sainz, Williams’ George Russell and Daniel Ricciardo who is finding a fresh lease of life.

In many ways, Hamilton had to wait and play the patient game for much of the race and while there was speculation when Hamilton might have caught up with Norris eventually when he had a clear track before him, the decision to not change the tires rightaway denied the fellow Brit the opportunity to land his first Grand Prix win but also, once again challenge the thirty-six year old to get past him.

Hamilton seemed almost apologetic at the end of the race about his young compatriot’s lost opportunity, until he spotted Verstappen making his car to the podium parking. Knowing how hard he had to work for the 100th grand prix win, which as he stated, seemed protracted from his perspective given how Verstappen has dominated the season, has undoubtedly made Hamilton’s life harder than it has been since 2016.

It was back in 2016 that Hamilton found a rival worthy of championship challenge when his own team mate, Nico Rosberg, got the better of him in a season that went down to the wire. Then Rosberg shocked the motorsport world by announcing his retirement following that championship victory. Even if Verstappen was to do the unthinkable and pull the rug from under Hamilton this season as far as driver championships go, it is highly unlikely that Verstappen will make a call a la Rosberg, which means the field is only getting crowded and Hamilton is beginning to feel the weight of his own success and the legacy it entails on his shoulders.

With seven races still to go and only two points between them to separate the winners, it seems that run ins between the two leaders on the board, which seemed a possibility at one point even in Sochi, will be on the cards. While the two team principals, Christian Horner at Red Bull, and Toto Wolff at Mercedes trade barbs, with many contending that like Hamilton, Wolff has his challenge set for him this season, Hamilton has his work cut out for him with Verstappen making it harder for the seven time champion to pull away as evidenced in Sochi.

With Hamilton desperate to wrap his legacy around the championship and Verstappen more cool and calculated than ever about a first drivers championship victory, this promises to be a heated affair as the battle now moves closer to the Middle East, with Qatar joining the ranks – a move to replace Australia which has been a non starter for a second time this season due to covid – to make it an all desert affair in the end to the top. 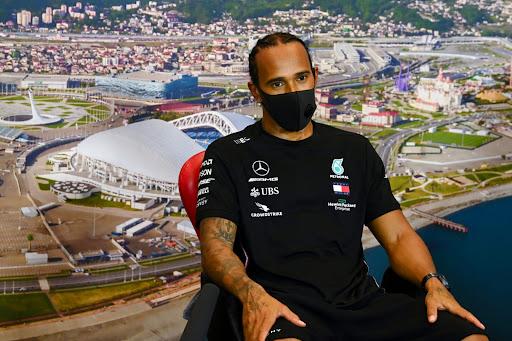