If Sunday was all about revisiting missed adventures from the past year, whether at the USA GP and the Circuit of the Americas in Austin in Formula 1’s 2021 season or at the ICC Twenty20 World Cup where India went down in a historic clash with Pakistan, the end result saw both, Max Verstappen of Red Bull and Pakistan, pull away further ahead even as other unexpected issues of race (a different kind) and religion made waves in the sporting arena.

By midweek, query turned to horror as far as the Black Lives Movement’s association with cricket was concerned. With India taking the knee ahead of the crucial first clash of their ICC Twenty20 World Cup campaign against Pakistan, many wondered what had motivated this gesture on the part of the Indian cricket team, with some going as far as to suggest that it was hypocritical for the team to collectively take a stand on the issue while leaving out other pertinent matters closer to home such as the ongoing Pakistan sponsored terror killings in Jammu and Kashmir.

Ultimately Virat Kohli was forced to address the issue in the aftermath of the unexpected defeat to Pakistan, stating that it was a matter conveyed to them by the management and they had merely complied, suggesting this was something that had been arrived at between the Board of Control for Cricket in India (BCCI) and the International Cricket Council (ICC). “That was communicated to us by the management, the Pakistan team agreed to pay their tribute to the same cause. We accepted our side of things and that was how it was decided.”

However, the matter of taking the knee, which Pakistan chose to hold their hands over their hearts in that match, turned more serious for South Africa who has been facing backlash over its integration policy of black and coloured players post apartheid with matters coming to a head over the past year after Lungi Ngidi opened the door in the wake of the Black Lives Matter to highlight the plight of black and coloured cricketers in the dressing room.

Just before their second match of the tournament against the West Indies, it was announced that one of their premier batsmen, lead wicket keeper and former captain, Quinton de Kock, would not be playing the match. If that was not shocking enough, it was made clear by the end of the match that de Kock had not taken kindly to the Cricket South Africa (CSA) directive that all players must collectively take the knee, which he has shied away from doing so even in the past, for reasons undisclosed by him.

The repercussions of taking a stand for or against the black lives movement suddenly became a serious topic of debate in the realm of cricket, with South Africa risking losing one of their key players indefinitely, particularly after they had got off the gate poorly with the bat against Australia.

Temba Bavuma, South Africa’s Twenty20 captain at the World Cup and incidentally their first black captain - a tag that did not come without controversy - expressed his own shock at the turn of events ahead of the match which fortunately his team won reasonably comfortably in the end to put points on board despite the controversial start to their day:

“As a team we are surprised and taken aback by the news. Quinton (de Kock) is a big player for the team, not just with the bat, but from a senior point of view, so not having this at my disposal, as a captain, is obviously something I wasn’t looking forward to. In saying that, Quinton is an adult. He is a man in his own shoes. We respect his decision, we respect his convictions, and I know he will be standing behind the decision he has taken.”

Cricket South Africa are not likely to have a bright view of the situation and the former captain might have faded his own lights out in the process, another controversy South Africa will now carry into their World Cup diaries.

India too will have a World Cup diary that has now been chequered.

India were given a rare shellacking at the World Cup, as Pakistan scored a first in the history of cricket at the World Cups by beating India and that too comprehensively by 10 wickets. In the first encounter for both teams, while it was widely expected that India would maintain their winning track record, Pakistan shut down those ambitions with accuracy, pace and incisiveness led by Shaheen Shah Afridi with the ball.

While Virat Kohli, the Indian captain, fought a lonely battle at the crease while his counterparts slid back to the pavilion, tail between their legs, it seemed as if Pakistan was obliging the BCCI’s attempts to put the nails in the coffin of Kohli’s white ball captaincy.

But it was not just Kohli who came in for some flak after a testy press conference that involved questions about team selection - whether Ishan Kishan could have played ahead of Rohit Sharma. The hindsight postulations soon gave way to a much graver issue at hand. Mohammad Shami became the unwitting target of online trolling, and it was not his performance that seemed to be the cause of this uninvited verbal onslaught.

In fact, a much more dangerous premise was at play as it seemed his presence in the Indian team as the only Muslim cricketer turned into a convenient bone of contention in this increasingly decisive atmosphere of politics within and between nations. India’s historic loss was forced to give way to address or at least take cognizance of a larger, more disturbing malady at hand.

Irfan Pathan, India’s former all-rounder, tweeted in response to the trolling and also pointed to the change in India’s political map from his own playing days to date: “Even I was part of #IndvPak battles on the field where we have lost but never been told to go to Pakistan! I’m talking about India (represented by the Indian tricolour) of few years back. THIS CRAP NEEDS TO STOP. #Shami”

Meanwhile Pakistan were astute on the field, once again bringing the force of their bowling into play, and showing that their win against India was not a fluke, repeating the effort against New Zealand who showed a little more chutzpah than India did when trying to defend their modest score. Pakistan became the first team in the twelve team stage also known as the Super-12 to pull ahead with two wins under their belt.

Speaking of pulling ahead and this time on the race circuit, Red Bull’s Max Verstappen will go into the second of three races on the American continent feeling slightly more comfortable after he doubled his world drivers championship lead winning the USA Grand Prix at Austin, Texas in a nerve racking, brave driving stint in the end combined with an early strategic resizing of his position on track by the Red Bull, a beat Mercedes missed yet again with Lewis Hamilton paying the price.

Hamilton’s bid for a record eighth world drivers championship just got harder as the Austin circuit proved unyielding to the lack of similar ferocity in his campaign. On the day, his much younger counterpart seemed to hold the edge, on track and in the pits, yet again.

Hamilton’s exasperation about baffling strategy and miscommunication between himself and his race engineer, Peter Bonnington, became a highly publicized affair after Hamilton pulled no punches to let his team know he would rather back his own gut feeling following the Turkish Grand Prix. Hamilton, who had made up places after losing out on grid positions because a power unit change at the start of that race, felt he would have held onto his podium finish had the team not insisted he come in for a change of tyres which dropped him down two places in the final tally.

While suggesting that the team got it right and that the Mercedes driver would have lost places anyway eventually due to tyre degradation, Toto Wolff, the team principal, also used terms like “developing thick skin” on these matters. Hamilton meanwhile was a disillusioned man by the end of the race, finishing two places below his spot prior to the pit stop in number five while Max Verstappen went from being two points in the deficit behind Hamilton in the championship race to now taking the lead with six points going into Austin.

The venue, which missed the 2020 calendar because of the coronavirus pandemic, promised an attrition packed race on a grinding, bumping circuit with dirty air, tyre wear and resource management all coming into play.

Although Verstappen found himself at the starting grid alongside Hamilton only to lose out on his pole position almost immediately to the seven time champion, it took some desperate as well as aggressive strategy on the part of the Dutchman and his crew in the Red Bull pit garage to pit him ahead of Hamilton not only to counter his rapidly wearing tyres but also, to negate any advantages the British driver might have had with a possible undercut from an early pit stop.

Despite this, it proved to a race fast catching up with Verstappen whose lead seemed to be whittling down over time with Hamilton on fresh hard tyres after a late second stop which also undermined any chances of an undercut for the veteran driver.

The final few laps proved to be an edge of the seat affair as Verstappen seemed to find another gear to create just enough room between himself and Hamilton such that by the final lap, although Hamilton was within touching distance, he never quite found the right gear to overtake the Dutchman who now leads the championship with twelve points ahead of the Mexican Grand Prix only a few days away. 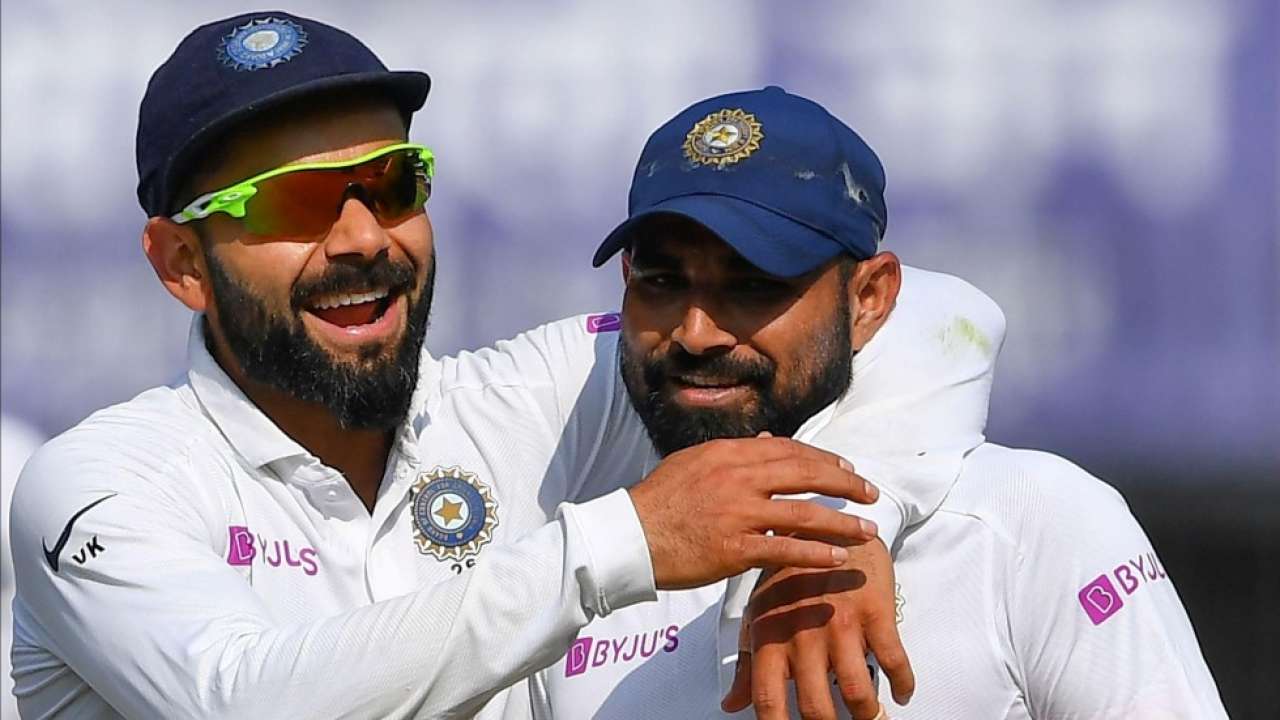