What was a symptom then is now a full blown malady

Once referred to as the gentleman’s game, cricket today is being used to widen the communal divide, a tool to target the vulnerable for various obvious reasons and to serve an arrogant political narrative. This can be gauged from the reports that continue to pour in after the recent India-Pakistan match in the ongoing T20 World Cup.

India was beaten hollow by its rivals, a result that has proved to be disturbing in the sociopolitical domain. The developments prompt one to go back a couple of decades to analyze how this phenomenon too was tried and tested in Gujarat, often termed the laboratory of the Hindu right wing. What was a symptom then is now a full blown malady.

It was not just India’s top bowler Mohammed Shami who was trolled by the bigot brigade for the obvious reason of his religious identity. There were reports of a scuffle between some Kashmiri students and their colleagues from Bihar and Uttar Pradesh at an engineering college in Sangrur, Punjab after the match. Of the police registering a case in Srinagar for alleged celebrations following Pakistan’s victory. Of the expulsion and arrest of a school teacher in Rajasthan who expressed joy over Pakistan’s victory. Three Kashmiri students were also reportedly booked in Agra for the same reason.

All this simply shows that sporting culture and the sportsman spirit have fallen prey to jingoism and hate. One can recall the time when cricketers enjoyed a massive fan following across borders even though everyone wanted their team to win and the victory was always extra sweet. If the likes of Sunil Gavaskar and Kapil Dev were beloved by many in Pakistan, Imran Khan and Wasim Akram enjoyed a huge following in India. The fans always looked forward to a nailbiting finish to Indo-Pak cricket encounters.

My first indication of what was to come was during the 2002-03 World Cup, when I was posted for an international media organization in Gujarat.The narrative on the roads of Ahmedabad before an Indo-Pak encounter was the same that one has been hearing for quite some time now. The pitch was gradually increasing, and conveying that Muslims always favour Pakistan and celebrate its victory, because they are anti national. And hence, they are anti national.

One could never counter such elements with the simple logic that whoever plays better wins on a given day, and there is no harm in appreciating match winning performances.

Just to see the truth for myself and not being much of a cricket lover, I had spent the day roaming the empty roads of the communally volatile Shahpur, Rakhial and Kalupur localities. It appeared that these places were under curfew as the empty roads were marked by heavy police presence. People were glued to their television sets enjoying the match. The match got over at night with India emerging victorious. Yet a riot broke out in Shahpur, claiming the life of a teenaged Muslim boy in firing.

From then on I continued to see the communal dimension of the gentleman’s game in Gujarat for several years. Whenever there were matches between India and Pakistan, Muslims tried to gain a certificate in ‘patriotism’ and ‘nationalism’. Special prayers were organized for the success of the Indian team and special posters put up by the Muslim groups to convey that they wanted India to win.

At certain places this drama was media generated. There were certain media savvy Muslim elements in localities like Jamalpur who would call the television reporters in particular asking the latter to cover such special programmes. The television channels got their stories to substantiate a particular political narrative, and the organizers would get their fame when their small video bites were telecast.

What also came as a big shock were the frequent instances one had to report of violence erupting from street level games of cricket in places like Viramgam, Ahmedabad and Vadodara.

Going by the popularity of the game, some of the people working to bring the two communities back together tried to organize local level tournaments where each team comprised an equal number of Hindu and Muslim players. Such efforts were made in places like Panchmahals, which had seen large scale communal violence the year before. But the results were miniscule given the gravity of the divide.

Meanwhile India-Pakistan matches continued to give news to journalists. One of the most shocking incidents that can be recalled concerns reports about the arrival of a large number of Pakistani cricket fans during an India-Pakistan cricket series in India. A senior member of a right wing Hindu outfit tried to convey to some journalists that a whole lot of Pakistani militants would be crossing over in the garb of Pakistani fans, and hence the Indian government should deny visas to cricket fans coming from Pakistan!

This reporter also recalls a hilarious interaction with a right wing cricket fan following an Indo-Pak match in the summer of 2004 that again was won by India thanks to a heavy duty performance by Virender Sehwag. It would have been fine if the post-match discussion had centered on performances, failures or even an extra effort to defeat the traditional rivals. But the statement that came as a shocker was, “You know Sehwag is a Hanuman bhakt (worshipper) and since the match was held on Tuesday which is Hanuman’s day, Hanuman himself descended to help India win over the enemy!’’

It so happened that India lost to Sri Lanka the following Sunday.

The experience was quite different during the 2006-07 World Cup. For most Indian fans the World Cup had already ended with India’s ouster after losing to Bangladesh—the minnows. But there appeared to be a serene calm on the faces as the crowds dispersed from the pan and cigarette shops where they stood watching India’s defeat. The reason for the calm was that Pakistan too had lost to Ireland—the minnows. 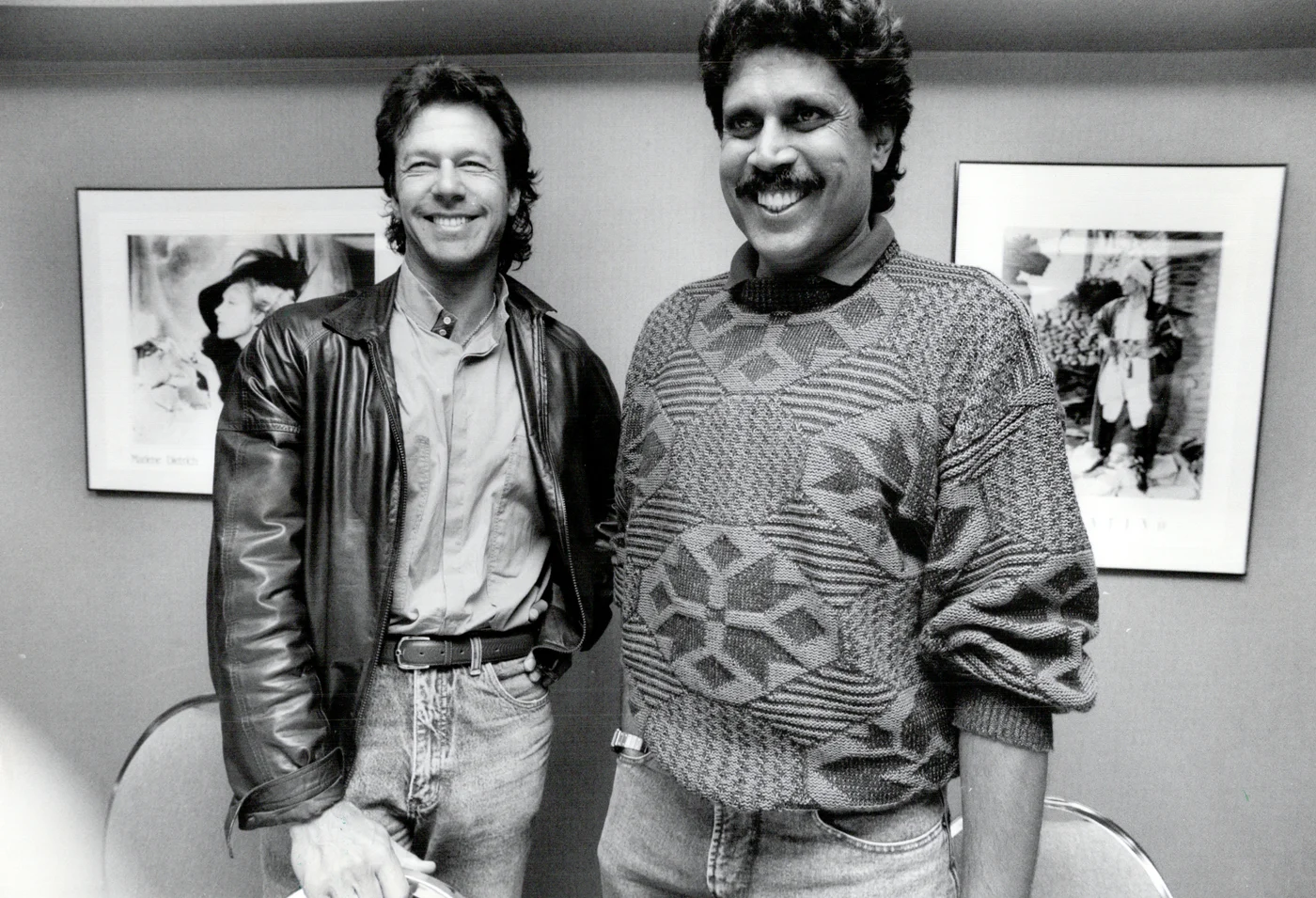