Pushed to the brink by Max Verstappen and Red Bull and the drivers championship still in sight, Mercedes played a second gamble with a power unit/engine change. Notwithstanding the penalties and barbs traded between the two constructors now separated by just five points with two races remaining, the added pace has aided Hamilton in eating into the Dutchman’s lead after back-to-back wins in Brazil and Qatar.

Two different continents. Same result. Hamilton and Mercedes will be thanking the factory back home that has allowed the car to come out faster after yet another adjustment this close to the title championship finish.

It has not been an easy time for the seven time world drivers champion to watch the young Dutchman pull off stellar effort after stellar effort right through the season to put twenty points gap between them with four races remaining in what has been one of the most enlivening seasons since the retirement of Michael Schumacher which says something in itself about how much Formula 1 needed this kind of rivalry.

After the Sao Paulo Grand Prix and the Qatar Grand Prix at the motorcycle race-friendly Losail international circuit, the season is set to go down to the wire as Saudi Arabia prepares to host its first ever Grand Prix before Abu Dhabi takes the final bow. In the span of two races, Hamilton has managed to cut the Dutchman’s hope of sealing an early maiden season championship victory from twenty-one to fourteen to eight points.

Credit must go to Verstappen for keeping a cool head on his shoulders as he urged his engineers over the pit radio to “Let’s have fun. We are going to finish second anyway” as Hamilton pulled away early and barely looked back, or over his shoulder for a change, in Qatar.

The 24 year old was handed a five grid penalty position, dropping him down to seventh on the track after the stewards deemed him in violation of not slowing down to double yellow flags at the end of the qualification as Pierre Gasly suffered on track. That seemed not to deter his run as he quickly put in the bold move of taking a clean inside line to slingshot himself ahead, making up four places on the first lap of the race. Thereafter watching Hamilton disappear before him for a second race in a row would not have been a comforting feeling.

But Mercedes, despite these back-to-back wins, are not at ease which would explain Hamilton’s “no time to party” sentiment.

That Mercedes are wary of Red Bull strategy-wise, particularly after the season has exposed the growing tension in the otherwise comfortably placed top team think tank between driver, race engineer and team principal, became obvious in the way that Mercedes virtually played copy cat tactics to the Red Bull’s moves throughout the race in Qatar fearing the undercut, bringing Hamilton into the pit garage every time Verstappen stopped. Such was the close race between the top two that the rest of the pack had no chance of catching up to them, making this virtually a two man race.

That would upset Fernando Alonso, who found himself making rare history for a 40 year to be on top of the podium after getting Alpine into the third spot in the race. Given that the two time former world champion hasn’t been on the podium since 2014 made it even more special, and certainly a surprise distraction from the tense heated battle for championship at the top as both back up cars, of Bottas and Perez, had a mixed race, Bottas more than Perez as the Mexican made up places and was about to give Alonso a run for his money at the end before the repeated tire failures to other cars and the eventual safety car gave Alonso a breather.

It is not just the brakes that are burning hot and ready to ignite in Brazil. It was not the tire punctures running over curbs in Qatar over extended runs between pit stops that were causing concern. Mercedes were seething all weekend in Brazil as a 2mm variable factor in the rear wing of Hamilton’s Mercedes saw the Brit shunted to the back of the grid ahead of the third and final experimental sprint race of the season. Verstappen’s fingerprints on the car inspection did not help matters either, copping him a fine and a rap on the knuckles.

Hamilton and Mercedes were feeling jinxed after the five grid penalty they were willing to incur over their second power unit change this season. But to be pushed back felt like Hamilton had to crawl his way back up, leaving Verstappen with a clear stretch at the front. But to Hamilton’s credit, not only did his catapult himself through the sprint line up at the start of the race but also, ended up catching Verstappen towards the end of the race.

Whenever the two have come close, controversy has exploded and Brazil was no different.

Although Hamilton eventually had the right of way, thanks to the power unit induced added pace, there was a moment when Verstappen had to defend hard, inevitably running Hamilton wide. Without actual footage of steering wheel action on the part of the Dutchman, it was hard to back up Mercedes’ claims that Verstappen deliberately did not use his steering wheel going into the turn, forcing Hamilton wide off the track.

Verstappen’s call to have fun in the latter stages of the high speed Qatar Grand Prix made for an interesting side dish as the Dutchman and Brit traded fastest laps to the end of the race, in a bid for that additional point. The Dutchman coming out on top on that one as the final three laps of the race were concluded behind a safety car that moved away too late on the final lap for Hamilton to make a bolt for it.

The fact that Verstappen finished second with the fastest lap to his name was damage control on how many points Hamilton could steal away. Valterri Bottas’ tire puncture and eventual retirement dented Mercedes’ desperation to maintain their constructor’s lead by a larger margin, the first time they have been stretched in five years.

It has made Toto Wolff, the team principal, a very tetchy person, and his counterpart at Red Bull, Christian Horner, to uncharacteristically lose the plot momentarily. Horner suffered his own side show after expressing angst at the way the yellow flag was handled as Verstappen was handed the five second penalty. Ultimately Horner was called in for inappropriate behaviour by the stewards, in a further acknowledgement that this has been a season that has tested not only the drivers but also, the teams in the garage.

Verstappen, for his part, stated his own angst while also showing why he has been pragmatic and in many ways, therefore, successful throughout the season. Speaking at the end of the race, the season leader commented, “I knew already that night that I never get presents from them, the stewards. So, it’s okay. Once I knew I was starting seventh, I was just very motivated to move ahead, and that’s exactly what we did. We had a good first lap and then after five laps, we were second again.”

Speaking of the need to strategize given Mercedes’ obvious pace advantage, Max stated, “I just tried to keep the gap (to Hamilton) small, which we did throughout the whole race, so they couldn’t do an extra stop. It gave me the fastest lap at the end, so I was definitely happy with that.

“We just didn’t have the pace this weekend to match them (Mercedes). I did the fastest lap – at the end of the day it was still one extra point and everything counts at the moment. We were a little bit too slow…But we just need to try and stay focussed. There are two races to go and as you can see, a lot of things can happen, even in qualifying. So, anything is possible.”

Saudi Arabia will provide a mathematical possibility for Max to potentially win the championship. But Max and Red Bull have their work cut out for them. The spectacular season start that Verstappen has had has allowed this season to be one where Hamilton has not only had to play catch up but also, shown vulnerability managing the hunger of the young gun with Mercedes slipping up on strategy. At the same time, Hamilton and Mercedes are showing champions stuff, pulling off possibly their final big move of the season.

With the dash to the final two races, it is now anyone’s championship. Now that is something that has not been said of Formula 1 in a very long time. 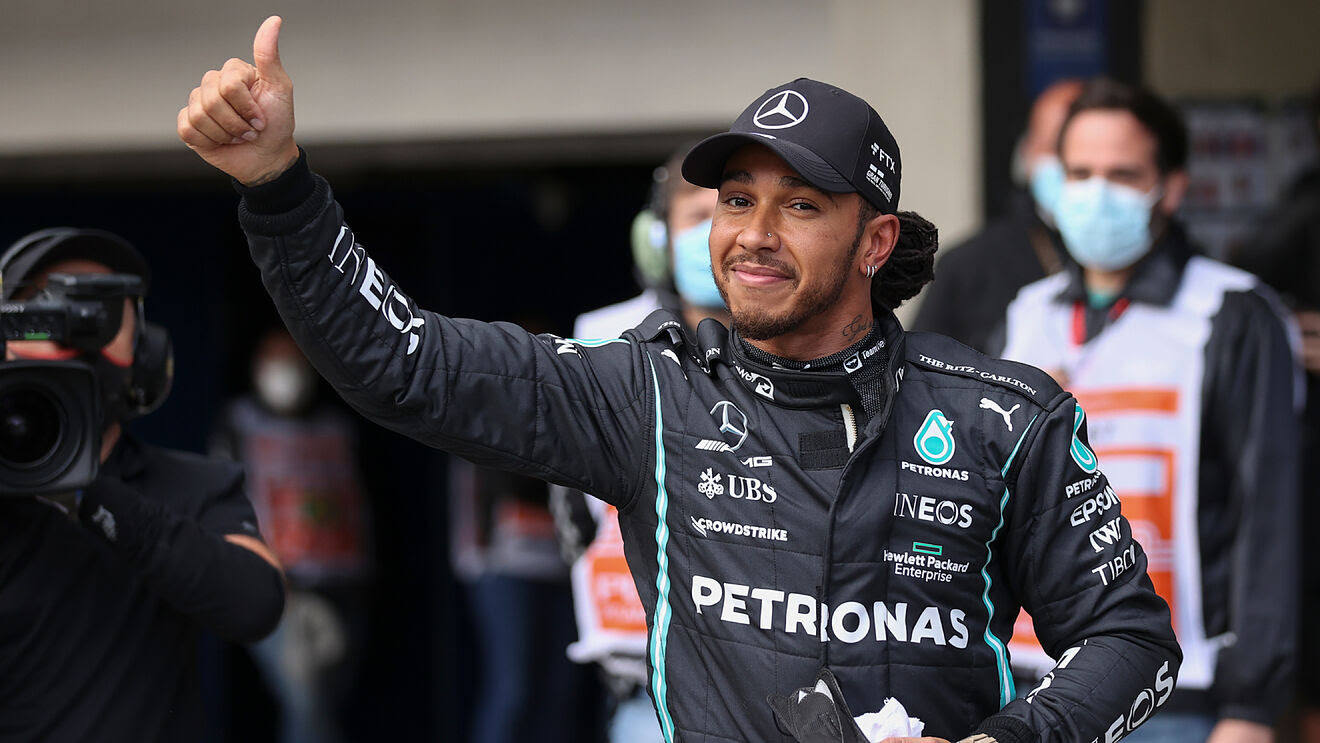