Where Does Warne Fit in Among the Great Spin Bowlers?

Greatest of the lot

So where exactly does Shane Warne fit in among the great spin bowlers in the game’s history? The popular conception is that he is the greatest of the lot due to various factors.

The second is his sublime skill of mastering a difficult art and then of course his role in reviving interest in a languishing art form that leg spin bowling undoubtedly is.

Warne caught the imagination of the cricket loving public in a manner that few players before him did. Proof of his greatness came when he was still midway through his career when he made it to the list of Wisden’s five cricketers of the 20th century. The votes for him came across the globe and across the generations. The tributes paid to him on his shocking death were sincere and handsome and largely dwelt on his qualities as a magician with the ball.

However it is customary to sometimes go overboard at a time like this. The feelings might change a bit with the passing of time but Sunil Gavaskar hasn’t waited even for a day in this regard. Indeed he has raised a hornet’s nest during the course of an interview when he was asked about Warne being the greatest. The former Indian captain and master batsman said that in his view Warne was a great bowler but not the greatest and spoke of the Indian spinners and Muthiah Muralitharan being greater emphasizing Warne’s mediocre record against India to back his view.

The timing of Gavaskar’s comments has drawn ire in the social media who feel it is disrespectful to a man who has just passed away but then he has never known to be diplomatic and to be candid he spoke his mind. But then Test cricket in its 145-year-old history has thrown up any number of great spin bowlers and all of them have their credentials to figure among the all time greats. Frankly it would be difficult to pinpoint any one bowler as the greatest as clearly as Don Bradman who is without doubt the greatest of all batsmen. The Don incidentally was the only one to get the full 100 votes in Wisden’s list of five cricketers of the century from the 100 voters from all over the cricketing world.

It is but natural that every generation of cricket fans will speak highly about cricketers of their time. Only historians who keep a tab on players of the past will be able to appreciate the feats of cricketers over a century ago. Going by this the first great spin bowlers would be Bobby Peel, John Briggs and Colin Blythe, all left arm spinners from England. Their career stats are of the mind boggling and eye rubbing variety and even after granting that they bowled generally on dirt tracks the manner of their bowling has been chronicled for posterity and one cannot scoff at their mastery of the art. In any case a great cricketer would be a great cricketer in any era.

In the 1930s there emerged the Australian leg spin duo of Clarrie Grimmett and Bill O’Reilly who soon became acknowledged as two of the greatest bowlers. And even though time has lengthened the gallery of great spin bowlers it would appear that there were none in the history of the game to match them with the exception of Hedley Verity. The great English left arm spinner dismissed Bradman most number of times in his Test career – eight times – and on this alone deserves his place among the truly great. And in the 50s there were two outstanding spin bowlers in off spinners Jim Laker of England and Hugh Tayfield of South Africa

But India with its rich tradition of spin bowling had to have a contender and even when Warne was at his peak Gary Sobers, no less commented thus: ''Warne’s great, but the best leg spinner I have ever seen is still Subash Gupte. He could do things that I still don’t believe all these years later.’’ Sobers came up against Gupte during the 1958-59 Test series in India. Gupte incidentally played 36 Tests taking 149 wickets at 29 apiece. The comment by Sobers coupled with the glowing prose written about his mesmeric exploits places Gupte among the truly all time greats.

On stats alone it will be difficult not to acknowledge Muralitharan as an all time great but the controversy surrounding his action which followers of the game question even today will not go away and tarnishes his image somewhat. But whether one takes Muralitharan as a chucker or not it will be impossible as I said to name one bowler as the greatest spinner of all time. So in the ultimate analysis Warne’s place will be among the very few all time greats of spin bowling. 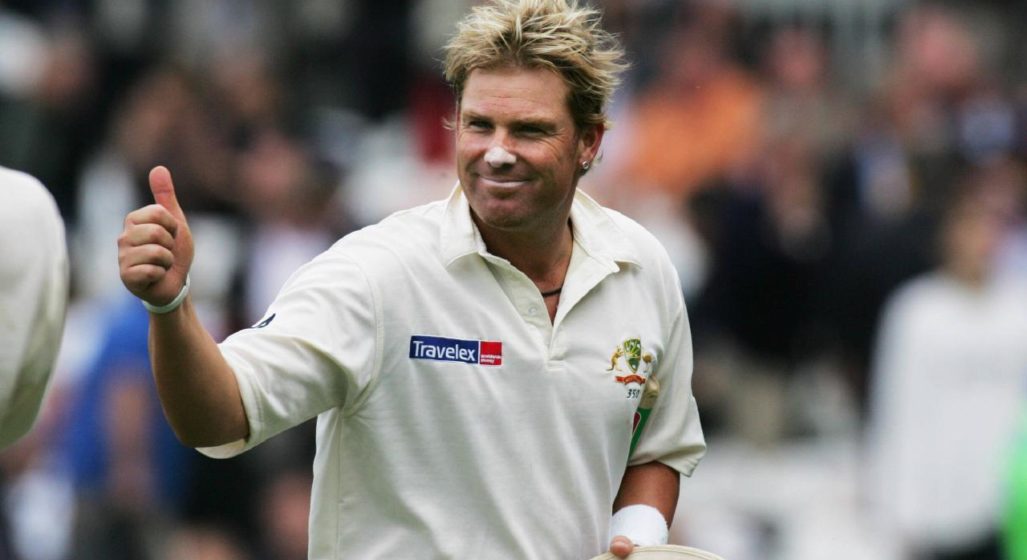