Big Three Vs GenNext -Will The Transition Be Formalized This Year?

Danlil Medvedev No 1, but just for three weeks

Just as it looked like the take over at the top had finally happened came a sudden twist in the script. Daniil Medvedev did become No 1 in the ATP rankings – it was for the first time since 2004 when Roger Federer became No 1 for the first time that there was a new man at the top other than the Swiss maestro, Rafael Nadal, Novak Djokovic and Andy Murray – but his stay at the pedestal was restricted to just three weeks.

A surprise loss at Indian Wells meant that he was toppled from the exalted status by – Djokovic. And so the battle between The Big Three and the quartet of GenNext players will probably continue during 2022 even if the gap has considerably narrowed. The one big difference will be that it will be a battle of supremacy between the Big Two and a trio of GenNext players with Federer having slipped to 26th in the rankings and Dominic Thiem sliding sharply to 50th.

But Medvedev holding the No 1 slot however briefly signals that the younger players could however finally take over at the top despite the fact that Nadal won the Australian Open on the way to a record 21st Grand Slam singles title. For one thing Federer has more than one knee surgery and as a result his appearances on the circuit have been sporadic. He withdrew from the US Open last year and didn’t participate in the Australian Open in January.

Federer is 40 and his last Grand Slam title was at the Australian Open in 2018. He slipped out of the top ten last year and since then has slid further. It can be stated quite categorically that winning any further Grand Slams is out of the question for Federer and his tally will remain at 20. He certainly has had a remarkable career – ranked world No 1 for 310 weeks, including a record 237 consecutive weeks, finishing No 1 at the end of the year five times, winner of 103 ATP singles titles the second most after Jimmy Connors, a record eight Wimbledon titles and a record six ATP Tour final championships.

All this is mind boggling and eye rubbing stuff and he will be a strong contender for the greatest of all time. But time catches up with even the fittest sportsman and clearly Federer’s time as the world’s foremost tennis player is over even if he has started training towards a comeback.

Djokovic’s problem is different. He is very much at the peak of his powers and after being dethroned for a while by Medvedev he is again at the top. Only last year he won three majors and just missed becoming only the third player in the game’s history to achieve the calendar Grand Slam when he lost to Medvedev in the US Open final. He arrived in Australia in January to defend his Australian Open title with the chance of notching up the record No 21. But thanks to events that have been well chronicled he could not take part in the tournament. Despite what happened he continues to have very strong views on supporting an individual’s right to choose whether or not they receive a vaccine and in a BBC interview last month said he is willing to forego entry into any tennis tournament if the tournament or the country it is being held in forbade unvaccinated players from participating. He has already been barred from returning to Australia for three years. He is entitled to his views but all this is going to affect his game and ranking. Evidence of this came when returning to the court after some time he lost in the quarterfinals of the Dubai Open to little known Czech player Jiri Veseley which cost him his No 1 ranking. The French Open authorities have opened the doors for him and that will be an encouraging factor for Djokovic but at the moment there will continue to be doubts about his participation at Wimbledon and the US Open.

Under the circumstances Nadal may have his hands full in taking on the trio of Medvedev, Zverev and Tsitsipas virtually on his own. The Spaniard does stand on the pedestal with a record 21 Grand Slam singles titles. But however creditable the achievement was particularly after being two sets down against Medvedev in the final it cannot be forgotten that Djokovic was absent. Also he has fresh injury woes which came to the fore when he surprisingly went down in the final at Indian Wells to Taylor Fritz of USA, ranked No 20. The one factor Nadal will be encouraged by is the record of the trio in Grand Slam events. Only Medvedev has won one, the US Open last year. Zverev’s best is being finalist at the US Open in 2020 while Tsitsipas was a finalist at the French Open last year.

Youth however is on the side of Medvedev, Zverev and Tsitsipas and 2022 could well be the year the transition is formalized. A start has been made with Medvedev – however briefly - taking over at the top of the rankings. Winning Grand Slams is important but what is more important is consistently winning on the circuit. In this regard the fact is that all three have emerged victorious in the year ending ATP Tour finals (Zverev in fact has won it twice) and have had their share of Masters 1000 titles. These are early days yet and clearly interesting times are ahead on the tennis circuit during the coming months. 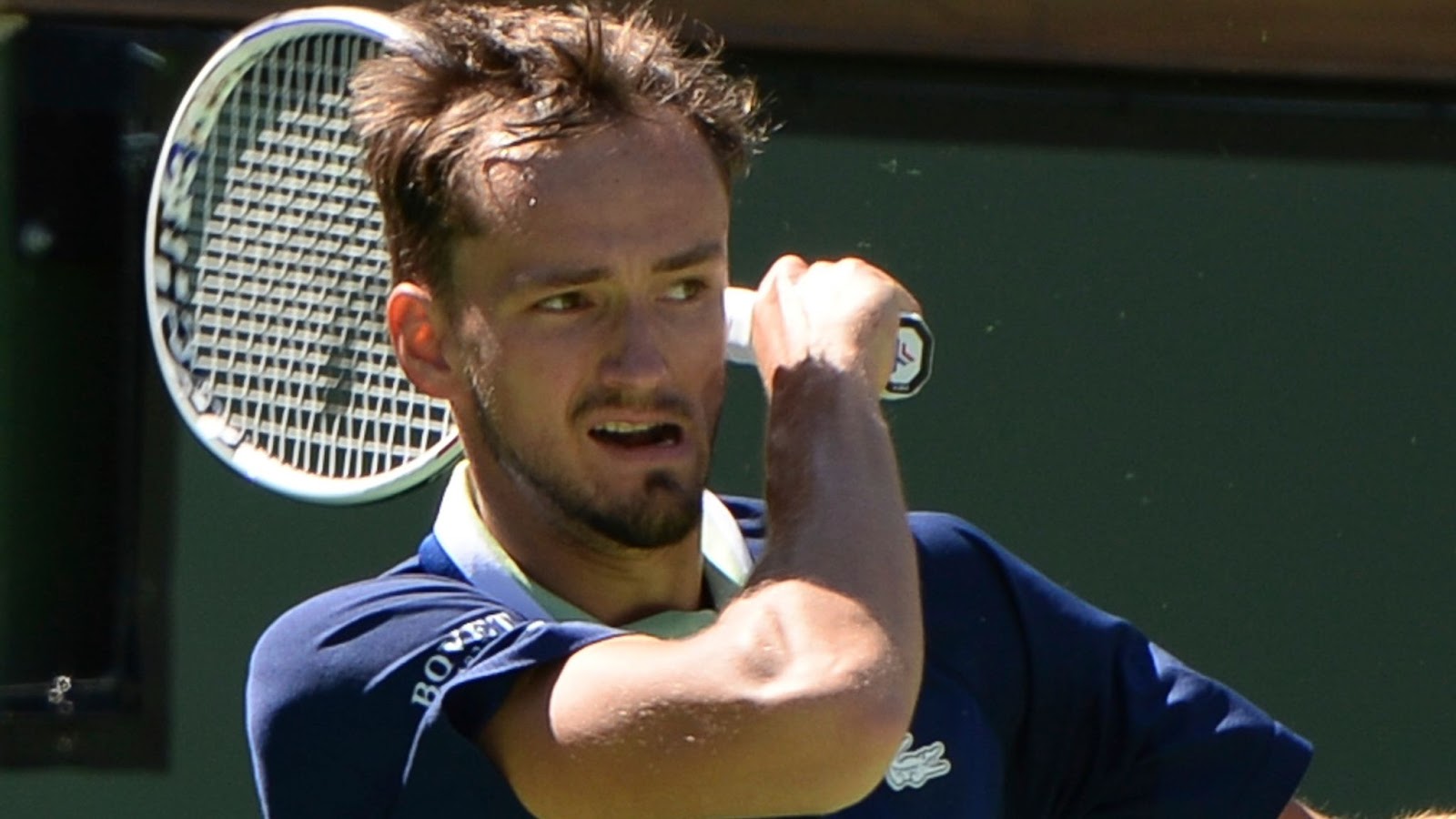