This was not an easy race for Verstappen by any stretch of the imagination.

The hype and the unusual build up to the unprecedented first ever Miami Grand Prix before May’s European double header of Barcelona and Monaco was more fluff than finesse in the end. That said, Max Verstappen managed to pull off a near flawless win on a weekend that proved dramatic for him and Red Bull, leaving Ferrari and Charles Leclerc wondering where to find a little more pace as their lead is now dwindling.

The first ever Miami Grand Prix, the 11th venue to host a Formula 1 grand prix in the U.S.A, failed to impress Formula 1’s largely European and Asian fans. This was due to not only the late timing but also, with the uncharacteristic-to-F1-racing, kitschy set up of the street circuit complete with a aquamarine blue fake marina, and model yachts in a makeshift installation that provided more memes than memories.

The race itself was unpredictable. There was no past history or previous experience to rely on and the expected high probability of the safety car deployment, did not materialise until the end of the race. A few cars brushed themselves dangerously against the concrete walls, or landed near the barriers, during the free practice, after awkwardly climbing over curbs and cutting chicanes.

Equally, predictions of 40% chance of rain came to nought as the skies remained clear and the temperatures on track remained in the high 40s. This made it a race of endurance for most drivers including Verstappen who, like Leclerc and Sainz, seemed drained in the end.

If the first 40 laps of the 57-lap race seemed fairly uneventful, the final ten laps provided a miniature sprint race of sorts that seemed to suit Miami’s style more. While Verstappen won the long haul race as well as the sprint battle for Red Bull as his team mate, Sergio Perez, struggled with a power sensor issue. The cat has now been set amongst the pigeons as the prancing horse is only six points ahead in the world constructors championship ahead of Red Bull (157-151) while Verstappen has significantly cut Leclerc’s lead from 40 points before the last two races to now 19 points (104-85) heading into Barcelona.

Ferrari were lucky in a way that they managed to make the podium an all red affair with Leclerc finishing second. His teammate Carlos Sainz, who crashed in free practice yet again, was almost in line for a rare hat trick of unprecedented first lap exits after Verstappen stayed in the slipstream of pole position driver Leclerc. He pressed from his number three position to take an outside line, muscling boldly past Sainz to take second place right away.

From that point on, it was a matter of Verstappen keeping a clean racing line and record as it soon became obvious that Red Bull were more skilled in the art of playing the long pacing game. While Ferrari struggled with the wear and tear of tyres and pace, Red Bull played a patient game. It was nearly a double take over as Verstappen caught Leclerc on lap nine and remained in the lead for much of the race thereafter.

Perez’s race was ruined after a failed sensor issue on the 19th lap which the team failed to pick up right away, much to the anguish of the Mexican driver who was heard yelling in exasperation over the pit radio, “I am losing power! How can you say it is good?” Perez had every right to be aggrieved as he kept the pressure on car No.3 and Sainz up to that point and was within DRS range when the problem struck to make him lose more than four seconds in a solitary lap alone. After that, it was Perez pushing to keep his car in position but it was too late for Red Bull to push for a better result. This despite Sainz suffering more misfortune when a scheduled pit stop went awry with the wheel nut jamming in his right front tyre plausibly under the scorching heat.

Still, in the final ten laps, post resumption after the safety car nearly had Perez swallowing Sainz up while Leclerc attempted a final crack at dethroning Verstappen but could not manage as the Ferrari was outpaced. Meanwhile, Perez out braked himself after overtaking Sainz, making brief contact with the Ferrari driver before Sainz regained and thereafter held onto his No.3 place on track.

The action continued down the line with the only overtaking that was possible, and one that mattered was George Russell getting the better of his team mate at Mercedes, Lewis Hamilton, after Hamilton’s former teammate, Valterri Bottas, in the Alfa Romeo kept Hamilton behind him for much of the race before going wide rather dramatically under pressure in the end to let both Mercedes through.

The only time the safety car had to be deployed was on the 41st lap of the race. A slow moving Pierre Gasly in the Alphatauri – having already suffered one collision at the hands of Fernando Alonso in the Alpine moments before – was caught unaware of Lando Norris coming up behind him in the McLaren. This ended in a dramatic collision for the Brit driver whose car bounced back on track in pieces after hitting the barrier wall.

Hamilton-Mercedes relationship being on the ropes?

While sports superstars such as Michael Jordan, Serena and Venus Williams and David Beckham, musicians such as Will.i.am and Pharrell Williams came out more in keeping with their own sponsorships and endorsements than actual interest in the sport, there was little for Lewis Hamilton to cheer about. If anything it seemed like the wheels of the Mercedes were falling off as far as he was concerned, this after the team promised a weekend of much improved car set up and performance.

Hamilton was heard over the car radio and later in post race interviews talking about his frustration that he was being asked to orchestrate a race strategy himself, without intel in real time from the race engineers who were better placed to throw potential strategies. That this follows a previous heated discussion witnessed between Hamilton and the team principal Toto Wolff, after Hamilton failed to clear the basic qualification target in the last race, is only fanning flames about the Hamilton-Mercedes relationship being on the ropes.

Hamilton’s race seemed to remain largely insipid despite a dramatic late qualifying to make it into the top ten. He was overtaken and outperformed once again by his much younger teammate and British compatriot George Russell, who finished ahead of the seven time world champion despite starting out 12th on grid in a similar set up, in what is becoming a rather familiar story from the Mercedes garage.

Coming back to the race winner, this was not an easy race for Verstappen by any stretch of the imagination. Not only was Miami an unknown circuit for him as for everyone else on track but also, the car coming undone to give him far fewer laps during free practice and qualifying says a lot about the grit of the Dutchman.

At one point when he asked to bring his car back to the garage during free practice, he was heard exclaiming, “How am I supposed to learn about the track?” Despite the mishaps and pull outs, Red Bull managed to pull the punches when it mattered to get the car ready in time. The team has been under much scrutiny lately over reliability concerns that have already robbed fans in two of the five races thus far of seeing action heat up between the Dutch and the Monegasque driver.

Verstappen, meanwhile, has had to muscle his way back to contention through sheer racing skills that have kept him tactically ahead of Leclerc who has announced himself as a real potent championship contender, even more than in his maiden year in F1 with Ferrari showing up with a better car and set up this year. Verstappen’s championship skills and hunger seem to be paying off as the current reigning champion has sent the prancing horse into a bit of a heads down and back to the drawing board situation, exactly where Red Bull want Ferrari to be. 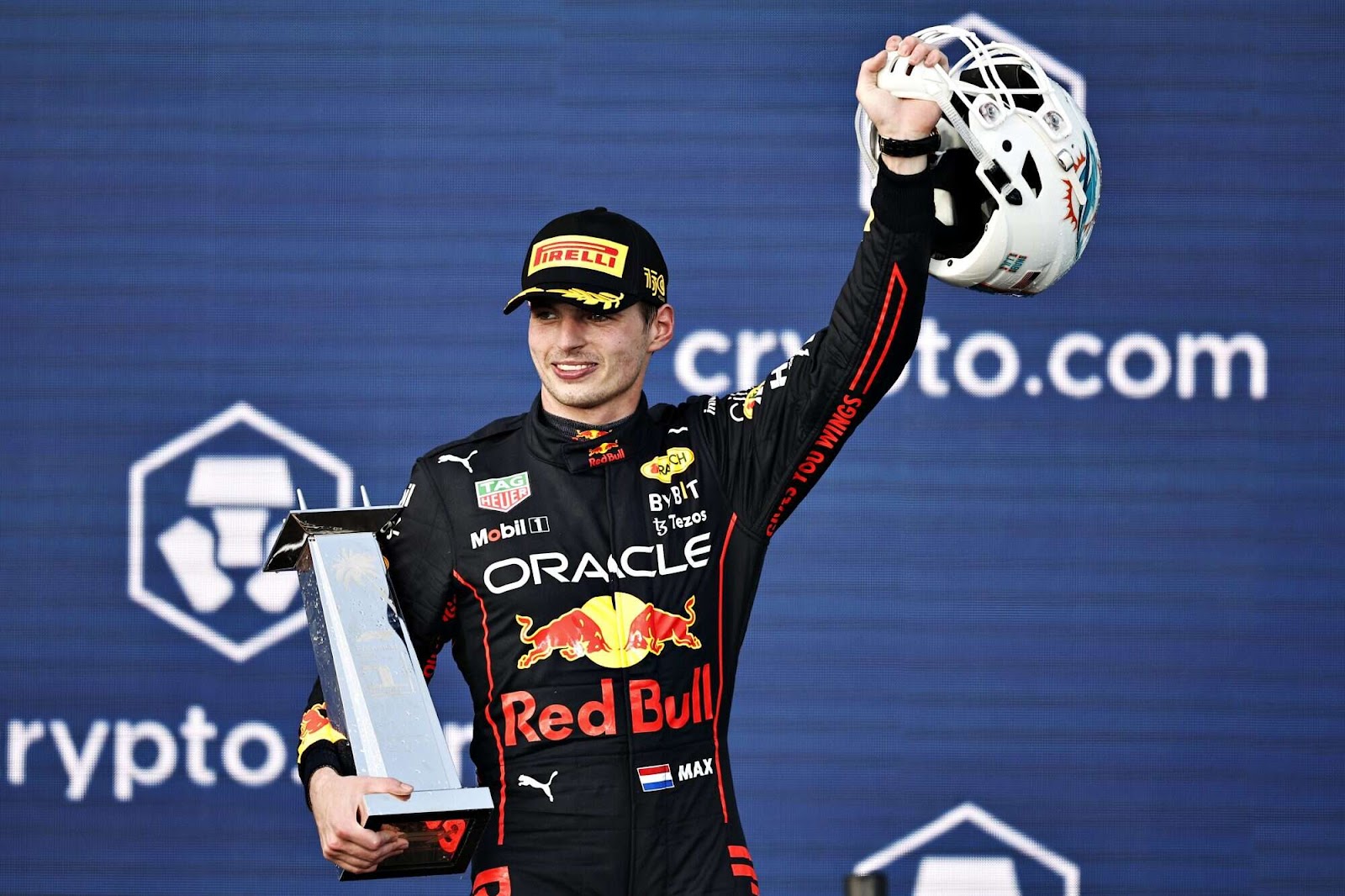 Can Ben Stokes Turn Things Around for England?

When India Entered the Davis Cup Final - Only to Default