From Sunil Godhwani to Franciso D Souza, ex-bosses are turning to mentorship

Mentoring is an essential part of leadership, and professional mentoring brings in the demand for a mentor and executive to work simultaneously in intellectual, emotional and business contexts. Today, mentoring is much more holistic than what it used to be. The idea behind it is not just to but to help them develop and gain their own perspective and insights.

While guiding through drudgery brings in measurable impact, helping their mentees, it also somehow helps ‘experienced hands’ use their time to gain insights from a reciprocal relationship. On the other hand, many of today’s young executives and entrepreneurs are accelerating their learning by engaging the services of high-profile leaders. For these business leaders, it is essential to keep the bars of the game high—and have their thought process challenged usefully.

For instance, former head of Religare, Sunil Godhwani who served as the Chairman and CMD, has been helping businesses grow synergistically. Over the last few years, Sunil Godhwani has been mentoring various executives and entrepreneurs on taking their businesses to the next level, while making time for his own entrepreneurial endeavors.

As a mentor, leaders like Sunil Godhwani has helped businesses tackle complex business matters— at times it could be about spearheading a takeover—or defending against one. On the contrary, Sunil Godhwani also believes that a mentor essentially needs to maintain the balance between the entrepreneur’s vision and his own perspective.

“I am a believer of Personal Reflective Space’ (PRS) model, rather than the ‘Captain of the Ship’ Model. This helps the people I work with gain insight of their own decisions, rather than replicating mine,” he said. 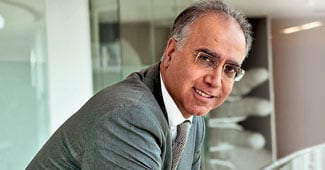 Ex CMD and Chairman of Religare, Sunil Godhwani has been mentoring entrepreneurs and business executives

Sunil Godhwani who oversaw the growth of Religare Enterprises from a small non-banking finance company, strategically helped its owners in synergizing growth through global expansion. When he joined Religare in 2001, Godhwani transformed the company from a 10-member mono line broking led business to a company with a capitalization of about US $3.1 Billion.

On a similar note, Francisco D’Souza, the Ex-CEO of Cognizant, who played a key role in building the over $16-billion IT major, declared earlier this year that he’s looking forward to working with startups. “It will be my opportunity to give back while I take time to plan my future,” read his email to the employees.

While company executives and entrepreneurs are raking counsel from seasoned industry stalwarts, the emergence of high profile leaders as mentors suggest that they are gearing up for the future, by gaining an inside perspective from newer businesses.

Meanwhile, India’s new crop of businesses can leverage the know-how and use the market intuition to focus on a clear road map; ex-bosses could help establish the network, provide experience-based advice, and perhaps even help acquire a little capital.