Jyotsna Suri: A story of roaring success in the Indian hospitality industry

Dr. Jyotsna Suri ' a hotelier who defines the Indian hospitality industry in a whole new way

“If you desire to be a hotelier, approach your work with dedication and passion. Be patient and persevere your goal, despite the roadblocks and at the end of it, you will achieve success.”

Those are the words of Jyotsna Suri – a hotelier who has defined the Indian hospitality industry in a whole new way. She has led Bharat Hotels journey from just six to fourteen luxury hotels in a short span of time. Seeking continuous success, especially in the highly unstable hospitality world, is not an ordinary feat. And when you have a well-established venture, it becomes more of a labyrinthine task to call the shots in an ideal manner and take it to the helm.

For Dr Jyotsna Suri, Chairperson and Managing Director of Bharat Hotels Limited that runs The Lalit Hotels, Palaces and Resorts, success and content both are parts of one’s inner personality defined by his/her attitude towards work. Born on July 20, 1952, she is a firm believer of the happiness and contentment that comes from hard work and passion of commitment.

Making The Lalit one of the leading hotel brands in India was never easy for the Delhi-born hotelier. She faced lots of challenges and turning points in her illustrious career, dealing them all quite passionately. She took over The Lalit Group Hotels in 2006. It was in 1988 that the hotelier-turned parliamentarian opened the first hotel in Delhi. Dr Jyotsna started her journey a year later as the joint managing director. This para is not clear

Soon after taking over the mantle, she rebranded the entire hotel chain – ‘The LaLiT’ as a tribute to the Founder Chairman, Mr Lalit Suri. Earlier, the hotel chain was running under a franchise contract with brands such as Inter Continental, Holiday Inn, and Hilton. “My colleagues felt that I was just being emotional, but I knew I wasn’t making any mistake and that it was going to be an identity that was never going to be taken away from us, it was going to give a very strong character to our hotels and that’s exactly what happened,” she says.

Under the leadership of Jyotsna Suri, who spent her schooling days in The Lawrence School, Sanawar, Himachal Pradesh, The Lalit has become one of the most illustrious privately-owned Indian brands in the hospitality sector. Jyotsna Suri helped her husband in the acquisition of Gulab Bhavan, the erstwhile palace of the Maharaja of Jammu and Kashmir in Srinagar and The Lalit Great Eastern Kolkata – Asia’s first luxury hotel. Being a lover of Indian history and heritage, she enjoys recreating the traditional value of the hotel.

The Miranda House graduate is a dreamer by soul, art patron by heart, and philanthropist by passion. The renowned hotelier’s contribution to educating local students through Project Disha is bringing incredible changes in the society by establishing libraries and other teaching facilities.

Jyotsna Suri, the former president of the Federation of Indian Chambers of Commerce and Industry (FICCI), also chairs the organisation’s Tourism and Creative Industries Committee. Her efforts to strengthen the economic and tourism ties of Indian – Japan won her the prestigious Order of the Rising Sun (Gold and Silver) by the Government of Japan in November 2019. Along with being listed among the 50 Most Powerful Women in Business by Fortune India, she has also been named as the Most Influential Woman by Business World in the same year.

The Doctor in Law (honorary) from the University of Warwick, United Kingdom—Dr. Jyotsna Suri is certainly a figure to get inspiration from. In the midst of all sorts of challenges, the way she has managed to take the hotel brand chain to the pinnacles of success is certainly a matter to celebrate the feminine strength of the Indian hospitality industry. 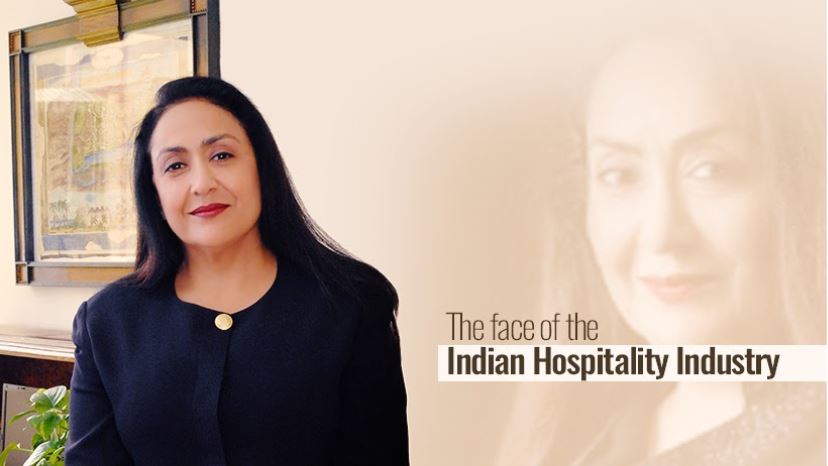