Media Looks Away as Adivasis March for Rights in Delhi

Ignored by the media, thousands of Adivasi Kisans from across India assembled in Delhi on November 21 to participate in the Bhumi Adhikar and Van Adhikar (Land and Forest Rights) Rally organised by Bhumi Adhikar Andolan (BAA).

Participants came together at Jantar Mantar to protest against the denial of forest rights to Adivasis by the Central and state governments. The rally is said to have been organised in anticipation of the November 26 Supreme Court hearing on the Scheduled Tribes and Other Traditional Forest Dwellers (Recognition of Forest Rights) Act, 2006, more commonly known as the Forest Rights Act (FRA).

Through songs of struggle and targeted slogans, the protestors raised their voices against the ravaging of land, forest, water and mineral resources by private corporations under the protection of the incumbent government. They further condemned the government’s move to amend the historic Indian Forest Act, 1927 to include the provision that gives forest officials the power to use arms against people in order to prevent forest offences.

On November 15, Prakash Javadekar, Union Minister of Environment, Forest and Climate Change announced that the proposed amendment to the Forest Act that had been circulated was an officer’s draft and not an official government one. He stated that the officer’s draft had been withdrawn. 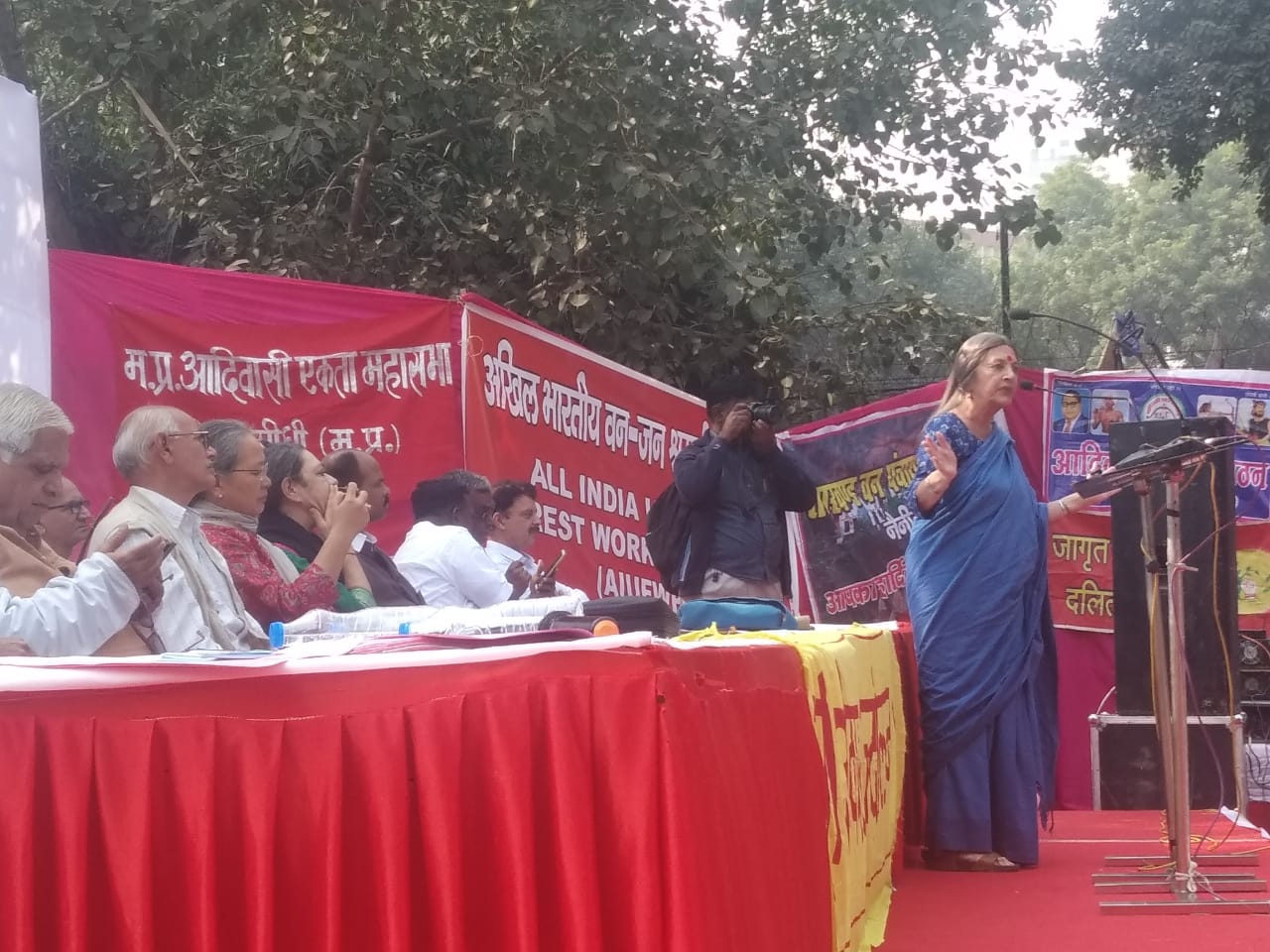 The protestors further condemned the Supreme Court order dated February 13, that called for the eviction of lakhs of Scheduled Tribes and forest dwellers, whose claims for land rights had been rejected under the FRA. Following widespread criticism from tribal rights activists, environmentalists and international groups, the Central Government had urged the SC to stay its order to appropriately judge the legitimacy of the rejected claims. The SC complied and scheduled subsequent hearings to decide upon the case.

The rally included participants from Himachal Pradesh, Uttarakhand, Chhattisgarh, Bihar, Uttar Pradesh, Andhra Pradesh and Tamil Nadu. Not being allowed to raise the issue of forest rights by the Deputy Chairman of the Rajya Sabha in the ongoing Parliamentary session, MPs from Communist Party of India (Marxist) including Elamaram Kareem, K. K. Raghesh and P. R. Natarajan walked out to join the rally and express solidarity with the Adivasi struggle.

Despite the large turnout, urging for the proper implementation of the Forest Rights Act, the media maintained a blanket silence on the rally and there was minimal to no coverage of the protestors’ demands. 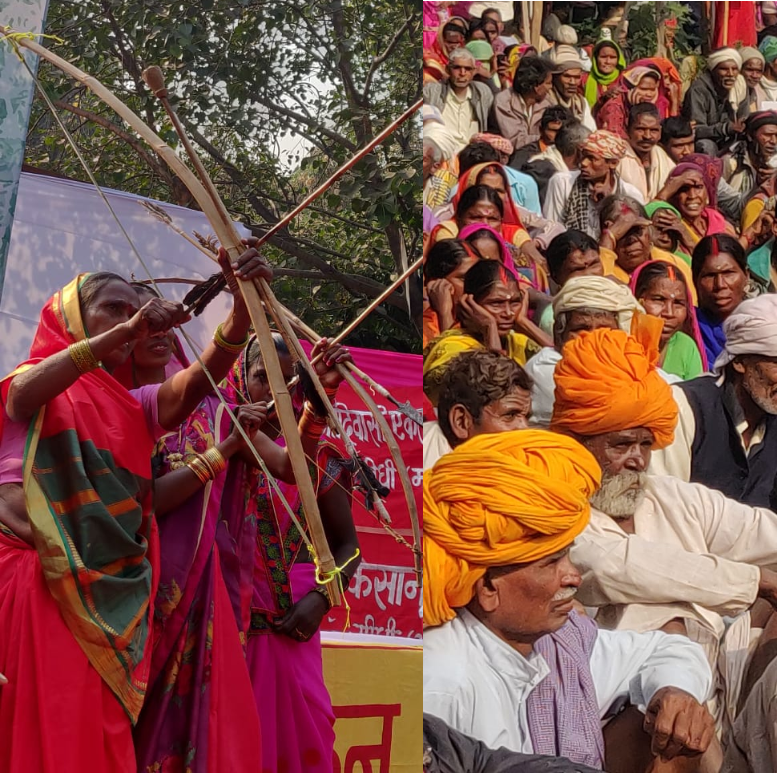 Com. Nabinoor, leader of the Kisan Sabha and AARM from Madhya Pradesh passed away on the way to the rally. A moment’s silence was observed at the public meeting in his honour. 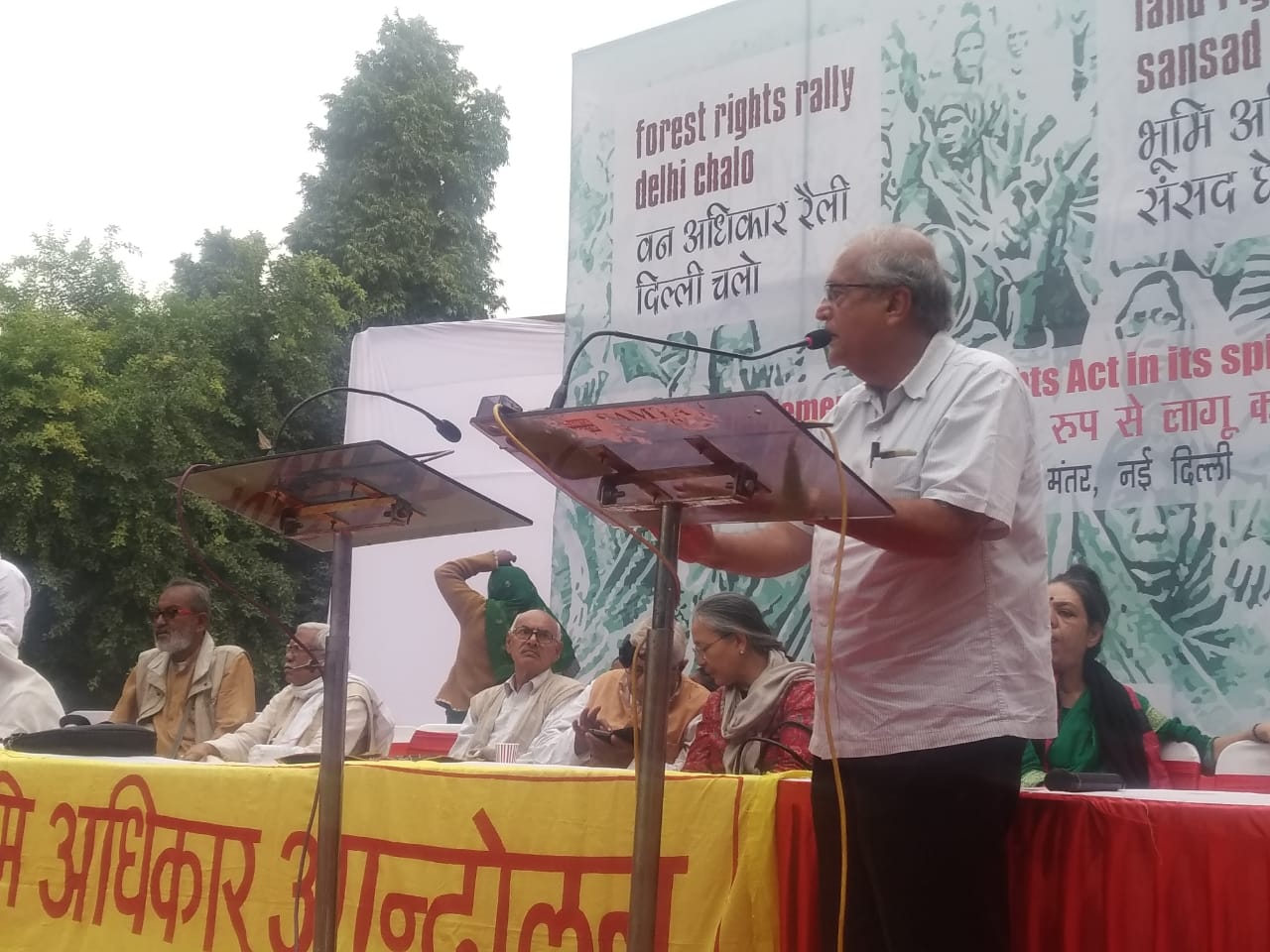 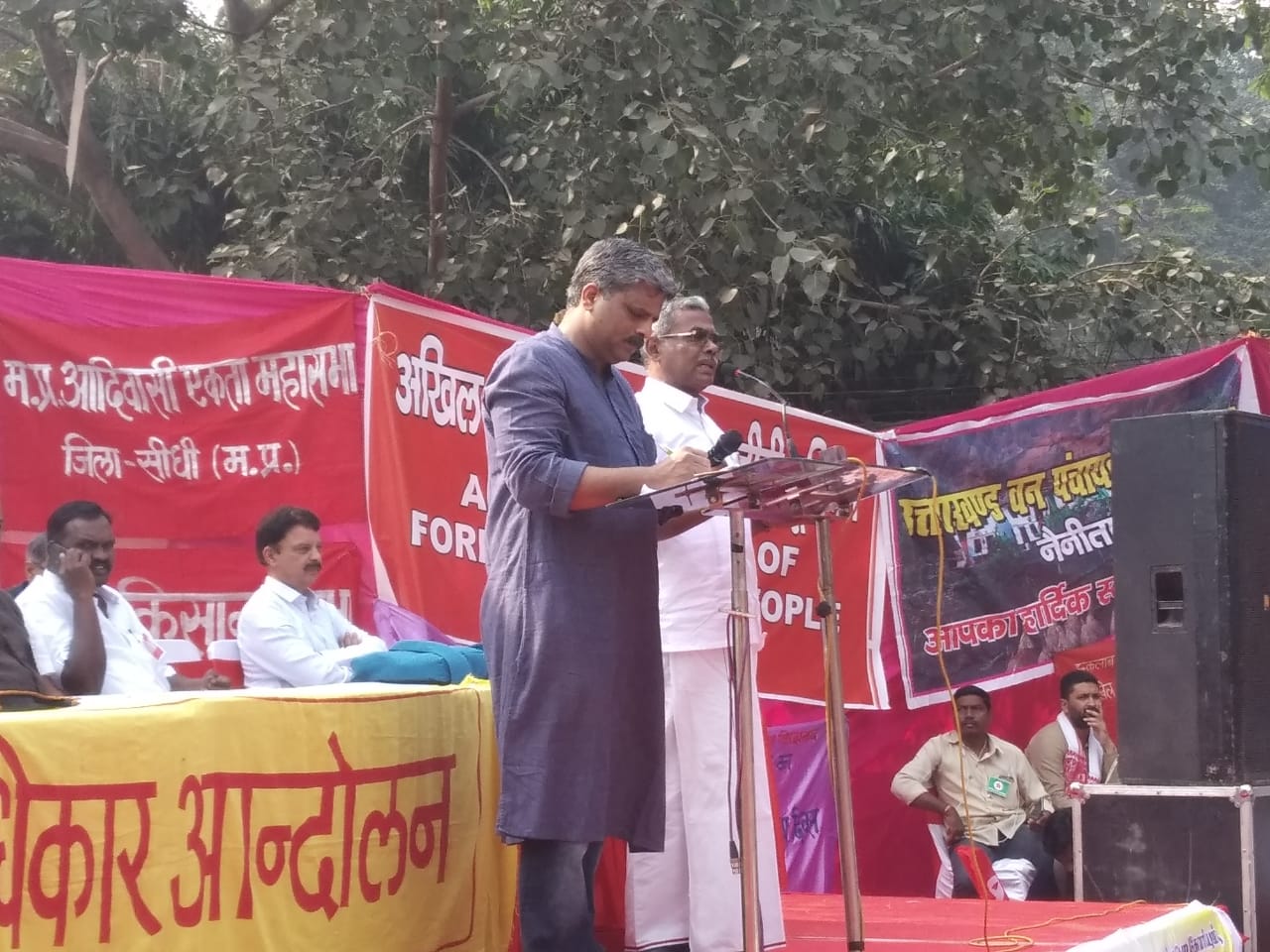 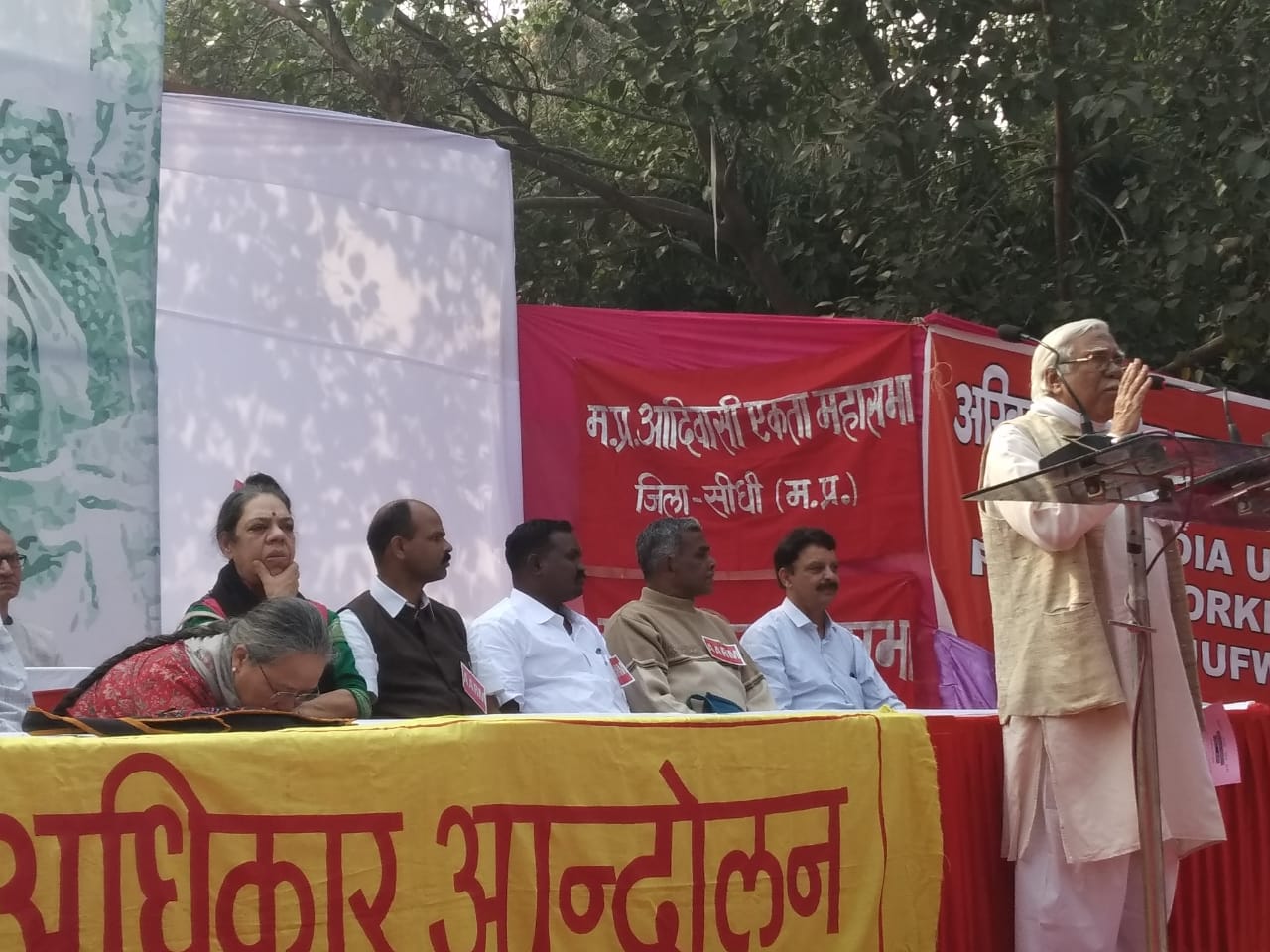 While the struggle for land and forest rights remained the primary objective of the rally, slogans were also raised against state repression. Demonstrators expressed solidarity with student movements taking place across the country, pointedly condemning police action against JNU students during their recent protest march to Parliament.

Protestors also voiced their criticism against the threat posed by the National Register of Citizen (NRC) in Assam to the lives of millions, alongwith the situation in Kashmir and the manner in which displaced people in the Narmada Valley had been treated by the government.

The message emanating from myriad voices at the rally was to unify the struggles of all oppressed sections of society and further the fight for forest and land rights.

Land rights continue to remain a primary point of contention for Scheduled Tribes and traditional forest dwellers. In the wake of massive development and infrastructural projects that threaten the livelihoods of forest-dwelling communities, tribal groups have been agitating to make their voices heard amidst the clamour of mines being dug and forests being destroyed. 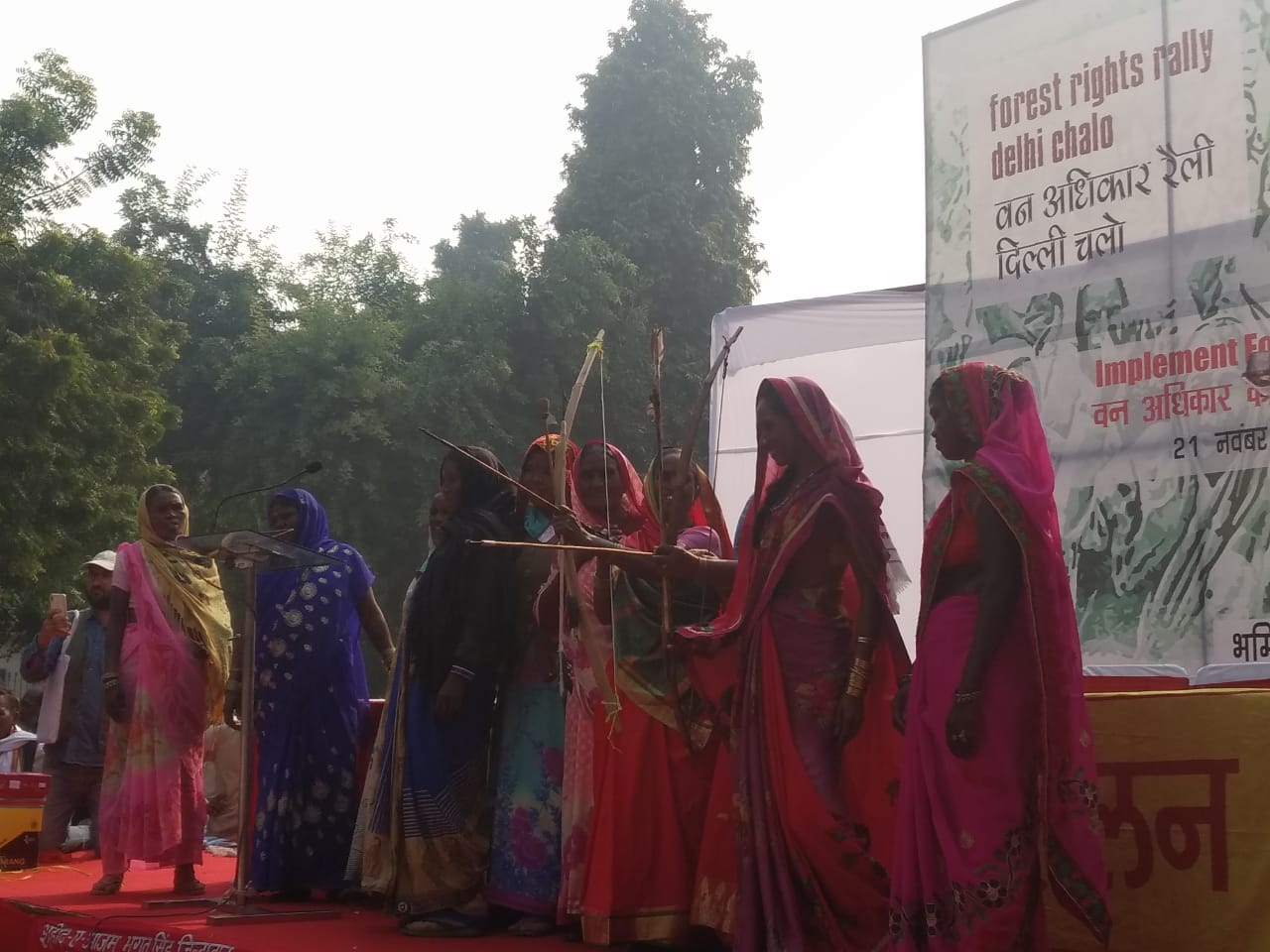 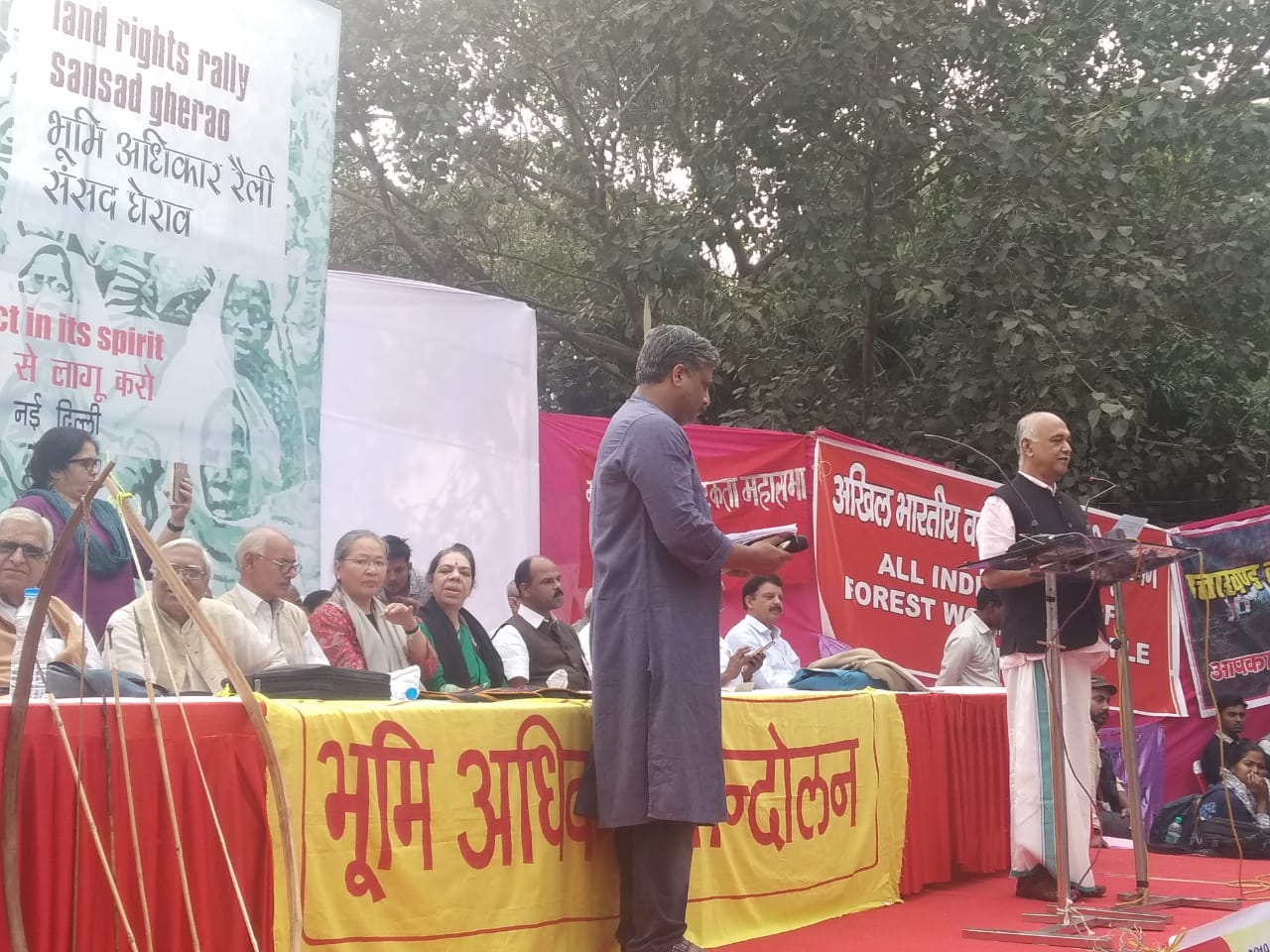 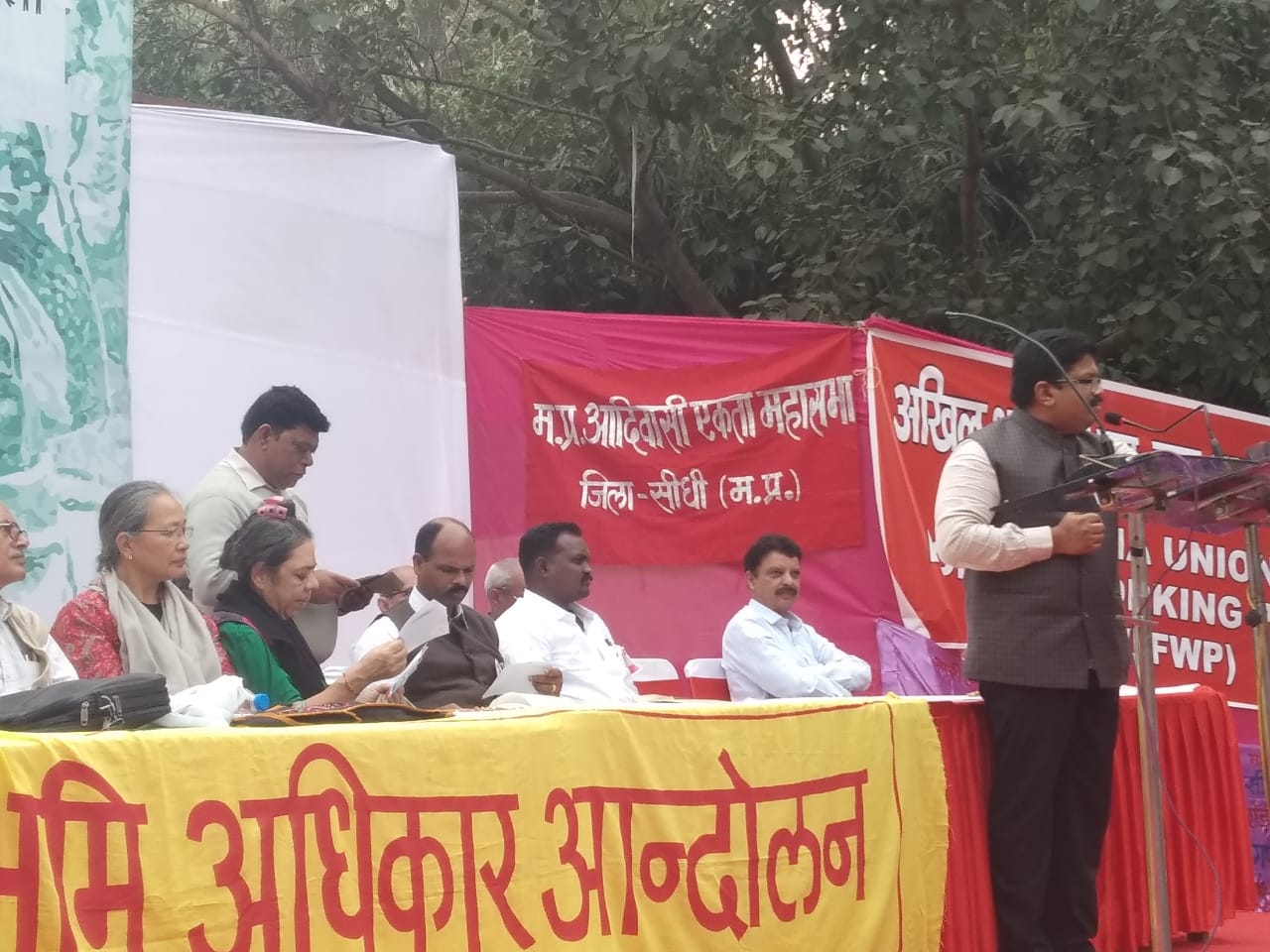