The problem of plastic pollution is nowhere near resolved

With growing discussion about minimising the use of plastic, various shopkeepers have been trying to replace single-use plastic bags with ‘cloth bags’. At one of Delhi’s most popular markets in Sarojini Nagar, shopkeepers say it has been two years since they switched to using these bags. However, these bags are made of polypropylene, a fossil fuel product like any other plastic or polymer.

Kunwar Pal from Aligarh who runs a shop in the market says “We have been using this bag for two years now.” Earlier there were a lot of single-use plastic bags all around. Irfaan, who runs a stall, says “I don’t know why people are using cloth bags over plastic, but I have heard that they (the Municipal Corporation) would impose fines if we don’t obey.”

But there were many shopkeepers who knew why single-use plastics are banned in many parts of the world. “These bags pollute the environment and it is essential to stop using them,” said Kunwar Pal. However, he also claimed these polypropylene bags would dissolve in water. So while the market has witnessed a lot of restraint on single-use plastics, misconceptions about the new bags persist. 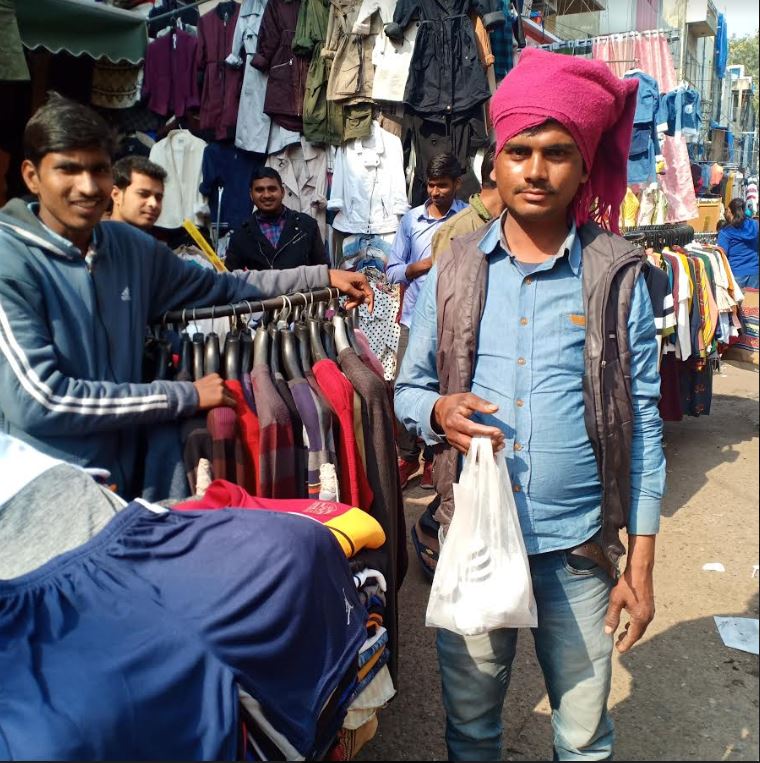 D.K.Chaudhary from Get Me A Carry Bag, a manufacturer of non-woven bags, said these polypropylene bags are not biodegradable in nature. “The only advantage is that it can be reused multiple times. It can be recycled also. I myself keep reusing these bags instead of plastic. This is why we don’t see these bags thrown out in the drains, because people keep reusing them.”

Both shopkeepers and customers use the term ‘cloth bags’ to refer to them because they feel like cloth. Saima DebBarma, a frequent shopper feels that since people view non-woven bags as the alternative, they started believing they are environmentally friendly. “It is due to lack of concern among the common public for the environment,” she believes.

According to Rahul Karnal from Surya Lakshmi Industries which also manufactures non-woven bags, “These bags have pores. Water and air can pass through it, so it does not clog drainage.” He says that while these bags are not biodegradable, they do break up on exposure to light. However, photodegradable plastics are known to break up into tiny microplastic particles which do not biodegrade further, and persist into the food chain.

Yet most shoppers and shopkeepers in Sarojini Nagar believe these bags are an effective solution. The real problem of plastic pollution is nowhere near resolved.

Bharati Chaturvedi, founder-director of the Chintan Environmental Research and Action Group, believes plastic manufacturers are complicit in these misconceptions. “They had all this plastic, they were willing to change their business but not the health of the planet,” she says. “Ironically, the plastic industry destroys the environment but also mimics it. The feel of the bags, and the fact that you can tear them, all of these things are especially set up to deceive. The worst part is, nowhere is there anything saying that these are actually plastic bags.”

Chaudhary plans to continue manufacturing and selling reusable polypropylene bags to help the environment. Shoppers and shopkeepers continue to fall for the trap. Anuj Kumar, one of the youngest shopkeepers at Sarojini, says “Plastic is pollution. That is why we use these cloth bags. It is similar to a paper bag, it dissolves and does not create any pollution.”

Discussing alternatives to the plastic menace instead of plastic itself, Chaturvedi feels that solutions will come from our attitude. “We have to stop pretending that plastics are inert things that will keep out germs. Plastic pollution is actually also chemical pollution, not just physical pollution.”

She also underlines the need to stop obsessing over packaging. “What you have to learn from other people with a little humility is that people even use thongas (paper bags) and put them in larger cloth bags. These bags are upcycled by locals, nothing fancy.”

DebBarma believes that customers should simply bring their own shopping bags with them, large totes that are easily available here. “Shopkeepers must also encourage the practice of customers bringing their own bags.” 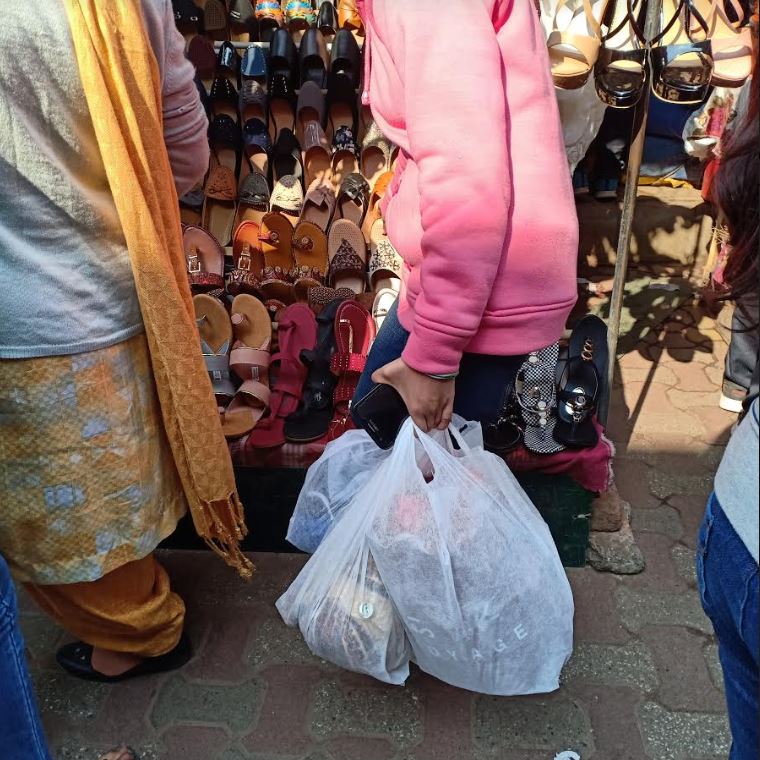