On April 23, the Forest Advisory Committee (FAC) virtually reviewed the controversial 3097 MW Etalin Hydroelectric Project that seeks to divert 1150.08 hectares of land. The project would result in felling over 2.7 lakh trees in the biodiversity-rich Dibang Valley, Arunachal Pradesh. Public pressure has been mounting against the project, with concerned citizens sending emails to the Committee’s members, asking for the project to be rejected.

While a decision was not directly reached, a Hindustan Times report following the meeting stated that the Committee was “favourable” towards it due to it being a large “clean energy project that can replace dirty energy”. The project is to be developed by Etalin Hydro Electric Power Company Limited, a joint venture between Jindal Power Limited and Arunachal Pradesh’s Hydro Power Development Corporation.

However, scientists and independent researchers have warned that the project poses multiple risks to not only the biodiversity of the region, but also the indigenous community that has protected the forests and wildlife for generations.

A factsheet considered during the Committee’s meeting in 2017 itself states, “The land in which the project is proposed is in pristine forests with riverine growth that once cut cannot be replaced.”

The Citizen reached out to FAC members but was told a comment could not be provided at the moment.

Meanwhile, conservation scientists who have spent years working in Arunachal Pradesh have written to the FAC, highlighting the unique biodiversity of the region, much of which is endemic to the Valley and yet to be studied in detail. The open letter, penned by four scientists—Drs. Nandini Velho, Umesh Srinivasan, Aparajita Datta and Anindya Sinha—a day after the FAC meeting, requested the Committee to assess the cumulative ecological impacts of the project before clearing it.

The letter refers to surveys conducted by the Wildlife Institute of India (WII) alongwith independent research conducted in the Valley to establish the unique biodiversity of the region, which includes Schedule I endangered species. Srinivasan and Velho had also written a previous letter to the FAC members on the day of the meeting. In this letter, they highlight the presence of six different colour variations of the Asian golden cat in Dibang Valley district, “the highest colour variation of any wild cat species in the world”. 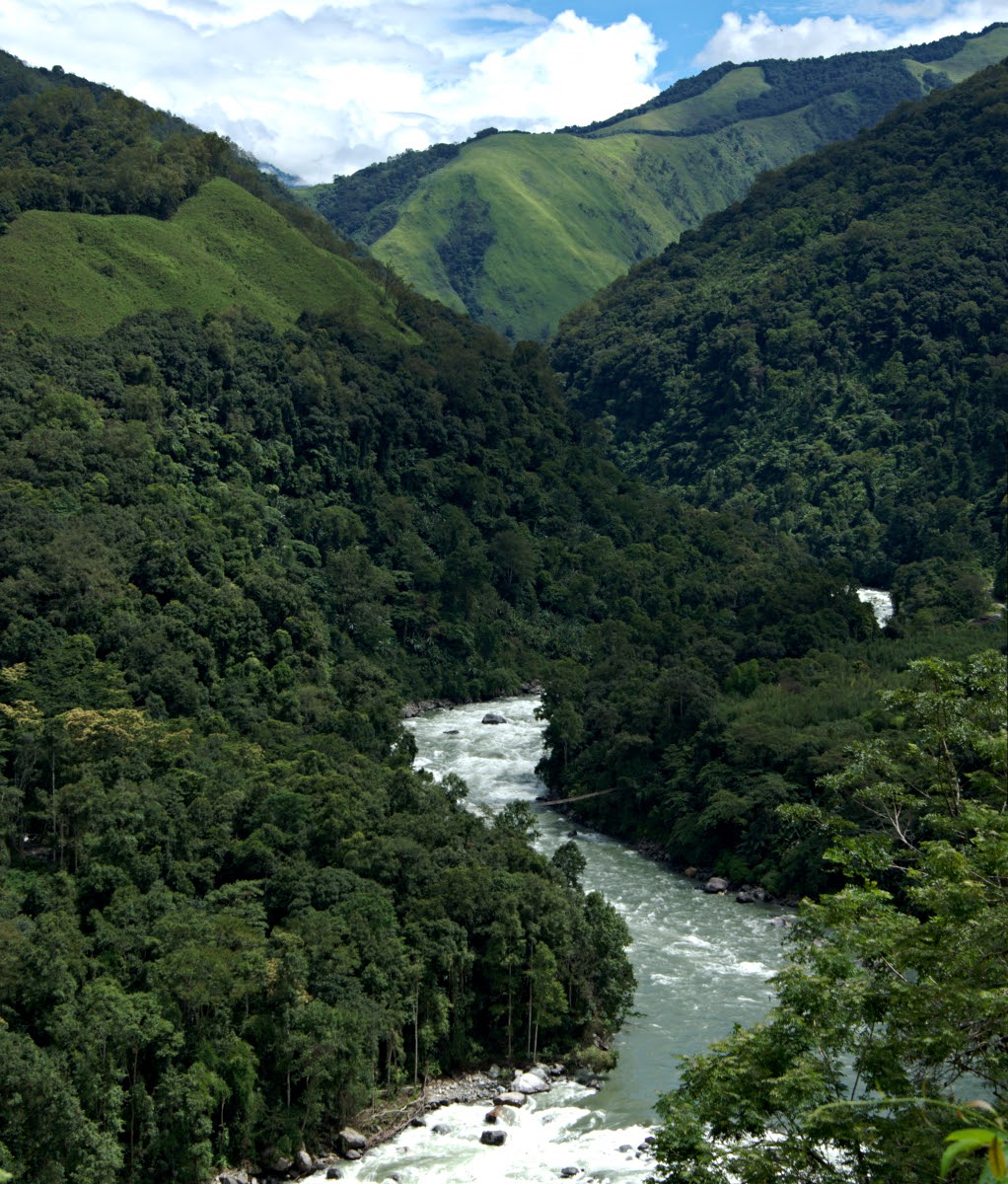 Citing an independent study, the scientists further claim that while “The entire country of Norway, 42 times the size of Dibang Valley district, hosts around 282 resident bird species”, there are likely to exist 300 bird species within a 10-km radius of the Etalin-Damro road.

Rohit Naniwadekar, who has been involved in hornbill research and conservation in Northeast India since 2006 told The Citizen that Rufous-necked Hornbills, a rare species, nest in cavities of large trees that are often several hundred years old. “Thus, loss of trees is more or less a permanent loss of habitat for the species… In the context of the shrinking range of the Rufous-necked Hornbills globally and their local extirpations that have been documented in Arunachal Pradesh, loss of these trees is a huge setback to this species,” he said.

He further explained that like the Hornbill, there are hundreds of other animal species dependent on the forests that have been proposed to be cleared for the project, which would result in “habitat fragmentation” with “cascading impacts on the ecosystem”.

Further, scientists have also warned of the collective impact of building multiple hydropower projects on the same river. Etalin project, along with the Dibang Multipurpose Project (2880 MW) that obtained forest clearance just last month, are considered to be the country’s largest planned projects. Both are reportedly to be constructed on the same limb of the Dibang river that runs through the valley.

Scientists told The Citizen that the projects will collectively lead to a permanent removal of over 6.1 lakh trees, enough to fill 7755 football fields. 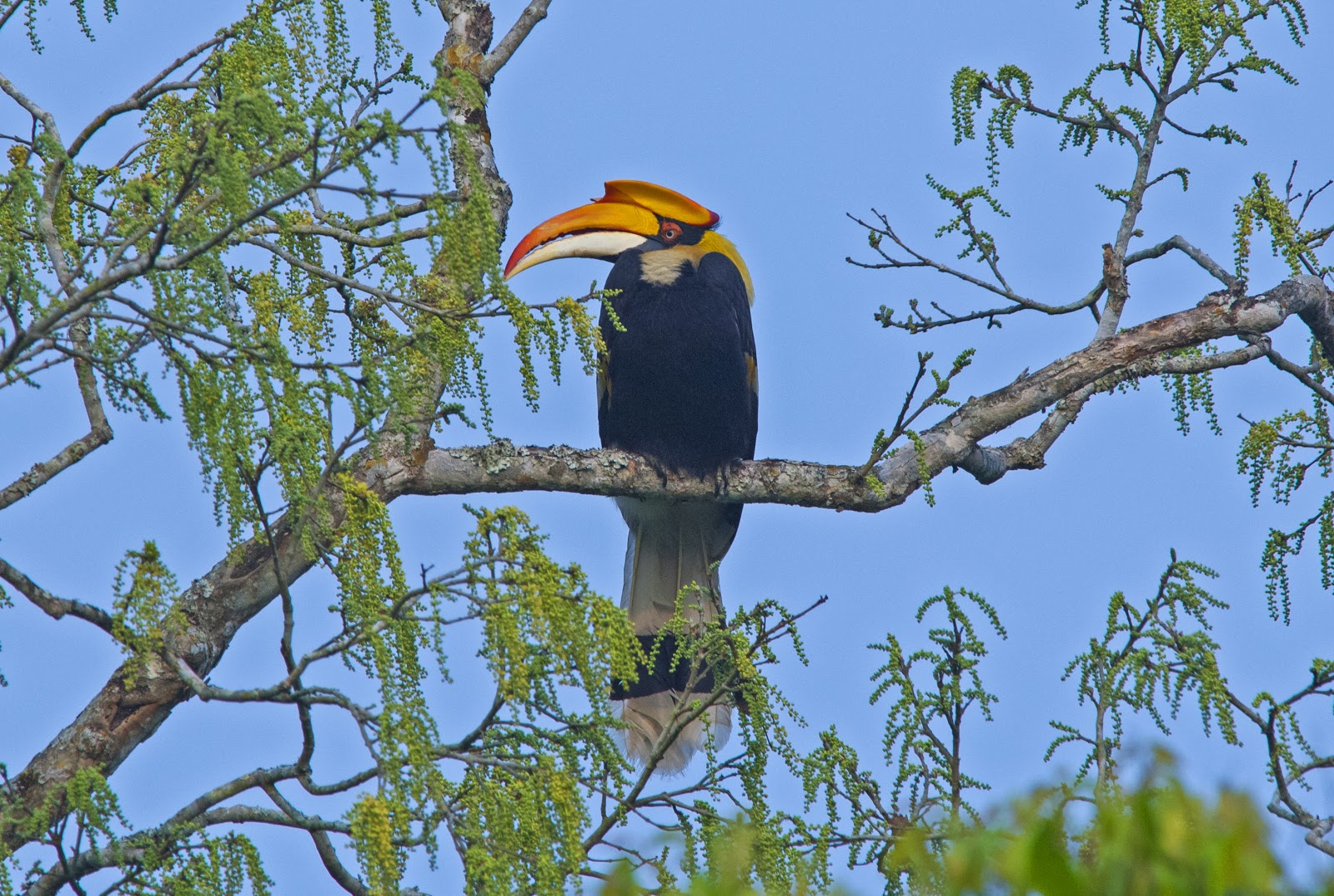 While the Etalin project will result in clearing large forested areas in the Dibang Valley, considered to be a global biodiversity hotspot, it also runs the added risk of being built in a region prone to natural hazards.

In a technical report, geographer and independent researcher Chintan Sheth who has spent considerable time in Dibang Valley highlighted that the “unique and complex geological, ecosystem, weather and climatic conditions” make the Valley prone to natural hazards. Sheth notes that a team of geologists and hydrologists who reviewed the project documents found that many contingencies had not been taken into account, placing not just the biodiversity, but the people and economic activity in the region at grave risk.

“The proposed dam site is a seismically active zone, recording 34 earthquakes in the past century,” Sheth stated. “The number of recorded earthquakes is likely a lower estimate as there are currently no operational seismic monitoring stations in Dibang Valley. Seven of these were greater than magnitude 3 on the Richter Scale and had their epicenters in the immediate vicinity of Etalin village,” he told The Citizen, further adding that a great earthquake is predicted in the Himalayas within 30 years.

The effects of climate change are already apparent in the Valley. The 300 glaciers and 350 glacial lakes that feed the river have thinned out, with scientists predicting a 60% loss in their volume by 2050, Sheth states in his report. Thus, the capacity of hydropower projects on Dibang river to produce electricity will most likely fall in the coming years.

“Thinning of glaciers also gives rise to the formation of lakes on their surface, which have been known to cause sudden outburst floods,” Sheth stated in his report. He highlighted the combination of glacial lake outburst and cloudburst in Kedarnath in 2013 that led to not only the loss of life and livelihood for a large number of people, but also damaged two hydropower projects.

Sheth, who has also submitted a letter to the FAC members requesting them to conduct studies to assess the natural hazard risks posed by the project, further highlights that 72 homes in villages of Lower Dibang Valley district were washed away in 2015 when the Dibang river changed course as a direct result of extremely high rainfall. Landslides are also common occurrences in the state.

“It is not certain if the dam safety measures and design can withstand multiple glacial lake outburst floods or seismic events,” continues the report, adding that in view of the potential risks it proposes, “the scientific consensus is against the construction of dams in Dibang Valley.” 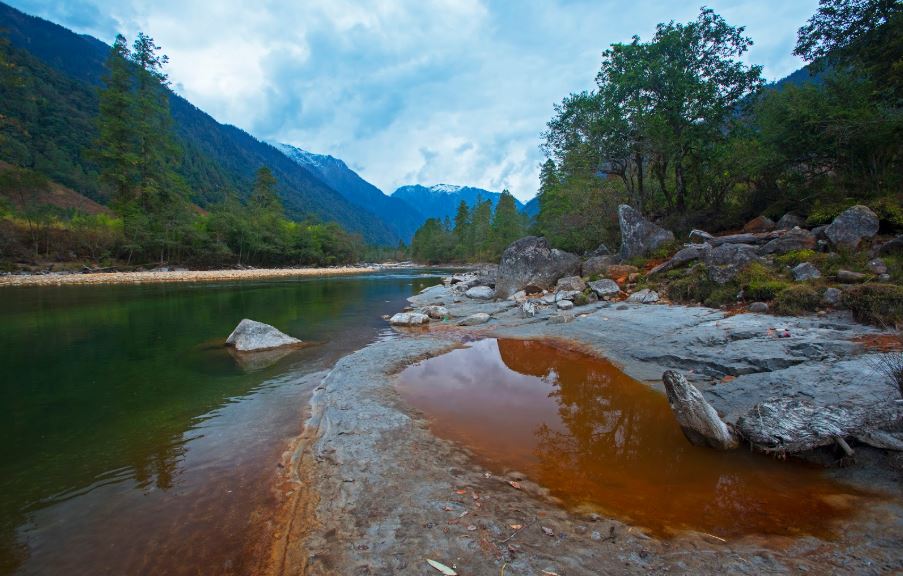 The scientists’ letter to the FAC also notes that the community-managed forests (Unclassed State Forest) proposed to be cleared for the Etalin project are actually home to a “higher diversity of mammals”, including more tigers than in Dibang Wildlife Sanctuary. These forests have been owned and managed by the indigenous Idu Mishmi community for generations.

A 2014 site inspection report by the ministry’s regional office in Shillong had highlighted several issues with the project proposal, stating that the “enumeration has not reflected the ground reality”. It mentioned that huge trees had not been reflected in the Enumeration List. The sampling intensity was also too less for a proper assessment of the composition and structure of the forested areas.

The FAC in its 2017 meeting stated that while The Chief Conservator of Forest mentioned “few mammal and plant species”, this area has in fact, “more biodiversity than any other part of the country.” As such, the FAC recommended that a multi-seasonal study be conducted by an “internationally credible institute” to assess the biodiversity in the region.

The WII undertook a study of the region, finding 413 plant species, 159 species of butterflies, 113 species of spiders, 11 species of odorates, 14 species of amphibians, 31 species of reptiles, 230 bird species and 21 mammalian species within the project area. It also recommended a wildlife conservation plan.

After conducting a site visit in February, a sub-committee recommended that, since “due consideration for Wildlife conservation has been addressed in the mitigation plan” submitted by WII, the project be allowed on a condition that the developer deposit money for wildlife conservation to be undertaken in the proposed area.

However, many members of the local Idu Mishmi community are far from relieved. Instead, they not only fear losing the forests they have called home for centuries, but also a systematic erasure of their culture by the influx of labourers, who will be brought in to work on the project. Aito Miwu, a member of the Idu Mishmi community told The Citizen, “You cannot destroy all of nature in the name of development.”