Despite the Lakshadweep Islands central administration declaring the world’s first conservation area (239 sq km) for sea cucumbers six months ago, in the backdrop of growing incidents of smuggling for sale in East Asia, these endangered and highly priced aquatic beings continue to face a commercial threat.

On Thursday August 13, officials of the Lakshadweep Sea Cucumber Protection Task Force headed by range officer Abdul Raheem seized a large consignment of taxidermied sea cucumbers worth Rs.1 crore from a vacant area near the airport on Agatti Island.

Following a tipoff, officials spotted the sea cucumbers kept in containers, killed and processed with preservatives for transport to the mainland.

Packed together, the 54 individuals weighed 51½ kilograms. Range officer Abdul Raheem said in response to a query that such large sea cucumbers live only in the Suheli, Perumalpar, Cheriyapani and Veliyapani areas, part of the uninhabited islands of Lakshadweep.

Raheem said a case had been registered under the Wildlife Protection Act and investigations were underway to arrest the offenders.

The fresh round of seizures comes at a time when four major cases reported since January are under direct investigation by the CBI Headquarters in New Delhi.

The Covid-19 lockdown has slowed the investigations, evidently prompting the smugglers to act again.

“In spite of continuous vigilance and wildlife protection efforts by the administration of the union territory, the sea cucumbers are facing a severe challenge to their survival.

“Adverse weather conditions and the limited infrastructure available with the administration pose a severe challenge to the prevention of wildlife offences in Lakshadweep,’’ said Raheem.

He further said the Union Ministry of Environment, Forest and Climate Change had sanctioned “three major anti-poaching camps” on the uninhabited islands of Suheli, Thinnakara and Veliyapani, and a recruitment process was underway for the Lakshadweep Marine Wildlife Protection Watchers who will man these camps. 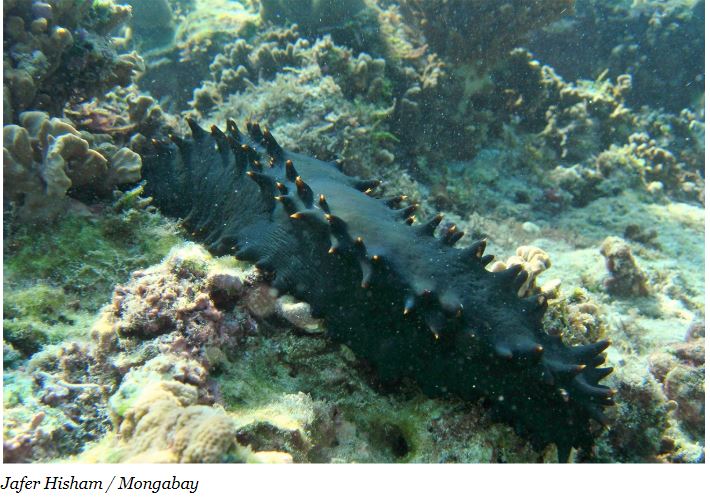 Sea cucumbers are invertebrates who grow up to six feet length and are reportedly in high demand in China and parts of Southeast Asia for food and traditional medicine.

“However, in India they are a species listed under Schedule I of the Wildlife Protection Act of 1972. A total ban on their harvesting and transportation in any form has existed in India since 2001’’ says Damodhar AT, secretary of environment and forests in the Lakshadweep administration.

On February 12 a special protection force assigned by the Union administration seized 1,716 sea cucumbers weighing 882 kilograms, and worth Rs 4.26 crore on the international market, from a shipment allegedly kept ready for smuggling to Sri Lanka on the uninhabited island of Suhali, located about 60 kilometres by sea from Kavarathi, the capital of this cluster of islands.

According to marine biologists and researchers of these rare being, the seizure was the largest ever of its kind.

A tip from local fish workers helped the taskforce to reach the solitary island in time to seize the shipment hidden in an unseen corner of coral reefs.

In the third week of March the CBI took over the investigation, based on the recommendations of the Wildlife Crime Control Bureau of India which is governed by the union environment ministry.

The transnational illegal trade in sea cucumbers is occurring in the Lakshadweep region despite the WCCB having introduced special vigil involving coastguards, police, forest officials and fish workers in all the islands, especially those which remain uninhabited like Suhali.

On January 15 the special protection force comprising police and forest officials of the island administration had seized 172 sea cucumbers weighing 234 kg and worth Rs 1.17 crore from an unnamed island located about 80 nautical miles off Kavarathi.

On January 23 the same force claimed to have arrested a kingpin of the international trade and seized from him a consignment of 52 dead sea cucumbers weighing 10kg and worth Rs 5 lakh.

According to Jafer Hisham, marine researcher and a member of Lakshadweep Biodiversity Council,

“As per the information we gathered, Sri Lanka is the hub of the illegal trade of these animals to Southeast Asian countries and China. Most people may not like their taste but the Chinese often mix it with other seafood, meat and spices. In certain parts of Southeast Asia, communities eat them raw, fried or pickled and also along with Chinese cabbage, winter melon and shiitake mushrooms.

After catching them from the sea around Lakshadweep, smugglers ship them to Sri Lanka as a frozen item. The huge demand and higher price sea cucumbers fetch in the international market is the main reason for the smuggling.

Other than the sea around Lakshadweep islands, the Gulf of Mannar at the confluence of the Indian Ocean and Bay of Bengal is also home to sea cucumbers.

As a result, many fishermen from the southern Tamil Nadu regions are also reaching Lakshadweep to hunt the species with the assistance of the local fish workers.

These Tamil Nadu fishermen have direct access to people operating the illegal trade in Sri Lanka.

According to Damodhar, there has been an alarming depletion in the population of sea cucumbers, who are also known to us as earthworms of the sea.

The reasons include sea pollution, illegal fishing and rank overexploitation.

“The damages suffered by the marine ecosystems of the Arabian Sea, the Bay of Bengal and the Indian Ocean over years have also contributed to the decline,” he said.

As per information available with the Bombay Natural History Society, which has long campaigned for their protection, there are around 1,450 species of sea cucumber found planetwide. 173 of these species are found in Indian seas, and 16 are considered economically very important to human activity.

Sea cucumbers are classified in the phylum Echinodermata (spiny-skin), together with many other well known marine invertebrates such as sea stars, sea urchins and sand dollars.

Before 2001 there were no legal hurdles to killing sea cucumbers. The blanket ban came into effect after implementation of the Wildlife Protection Act of 2001.

In the past too, sea cucumbers were directly caught and shipped overseas. Now the hunters clean and freeze and preserve them before shipping them to the market hubs.

“The sea cucumber is an integral part of the coral ecosystem in the sea surrounding Lakshadweep. Calcium carbonate is one of the byproducts of the sea cucumber’s digestion of sand, and it remains the key component of coral reefs.

“Coral reefs must have to accumulate calcium carbonate for survival, and so the sea cucumbers play a vital role in preserving the coral reefs. This endangered species also maintains the transparency of seawater by eating sewage,’’ Damodhar explains.

As per information available with Kochi-based Central Marine Fisheries Institute, sea cucumbers in the deeper sea areas are now being targeted by the mafias involved, as those who lived in shallow coastal waters have already been killed.

Their information suggests that the sea cucumber fishery in Sri Lanka will collapse soon because the “harvesting pressure” is so enormous. 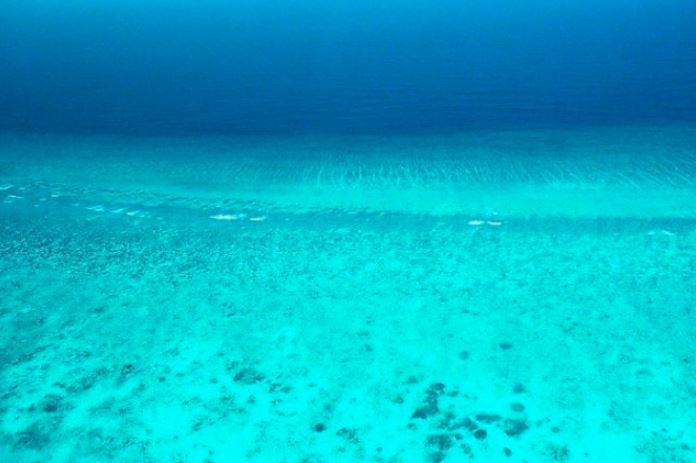