‘They were out to just kill us’

“Until the doors of hell are closed we will not go back to our homes!”

It has been almost three years since the police opened fire on a crowd of men, women and children who gathered with this slogan on their lips in Thoothukudi. On May 22, 2018 the state unleashed extreme violence on a crowd protesting against the Sterlite copper plant of the Vedanta group for the severe pollution it was causing, endangering the lives of local residents.

The police firing killed 13 civilians and injured many others. Some of those killed were part of the protest, others were caught in the crossfire.

The issue recently assumed centre stage once again when the mining firm Vedanta filed a plea in the Supreme Court seeking permission to reopen its copper smelting plant, Sterlite, in Thoothukudi to produce 1,500 tonnes of medical oxygen for Covid patients every day. The Tamil Nadu government was against the proposal fearing a “law and order” situation.

Permission was obtained. “We are inclined to allow Vedanta’s prayer to operate the oxygen plant as a standalone unit. The order is passed only in view of the national need for oxygen. The order will not create any equity in favour of Vedanta,” said Justice Chandrachud.

Following the Supreme Court directions this Tuesday, the Tamil Nadu government granted permission to Vedanta to operate its oxygen production unit at the plant till July 31. Sterlite claims that it can produce over 1,000 tonnes of oxygen a day and supply it to hospitals.

However, Nityanand Jayaram (52), an environmental researcher and social activist, says this is a nefarious design by the company to restart production. 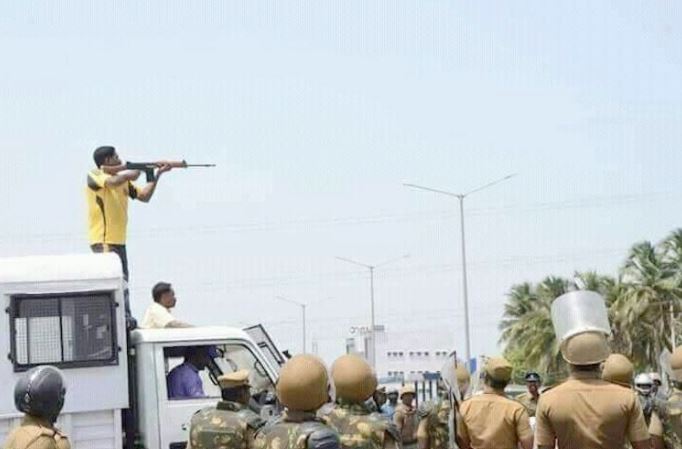 Sterlite is an emotional issue for the residents of Thoothukudi. Lourdammal Vaz (58) recounts how he lost his 18 year old daughter, Snowline, who was part of the protesting crowd on that fateful day in 2018. “My daughter was shot dead just because she shouted slogans during the protest. We had been protesting peacefully but the police killed my daughter for exercising her democratic right.”

Trade union activist Krishnamoorthy (45) is among those who studied in detail the ill effects of the copper plant on people. He voiced his concerns about the poisonous gases emanating from the plant and how it polluted the air and groundwater. “But the politicians were in favour of Vedanta, so it was easier for the group to bring the Sterlite unit to Thoothukudi in 1994,” he says.

The fear and rage of the people protesting in 2018 were not new or unfounded. In 1997 there was a poisonous gas leak from the plant. Some 133 people in and around Sterlite lost consciousness and later faced severe health complications like kidney failure and lung disease. Pregnant women had miscarriages. Even the staff of the Sterlite plant reported multiple health issues.

On March 22, 2013, again, disaster struck Thoothukudi due to leakage of sulphur from the unit. “People fell unconscious as they inhaled the toxic fumes. Yet, the then District Collector, Ashish Kumar, filed the incident as a chemical disaster,” Krishnamoorthy recalls.

In 2017 there was a plan to expand the plant to almost double its capacity. This would have further increased the pollution, causing yet more health hazards. People decided to come together to stage a protest against Sterlite. The protests began with residents forming human chains to demonstrate their opposition.

Likewise, in 2018, the people of Kumarettiyapuram started the protest. “Not everyone can migrate to other places for livelihood. So the people of that village decided to protest against the plant in a big way,” says Krishnamoorthy.

In February 2018, the people of Kumarettiyapuram went to the District Collector’s office to file a petition for the cancellation of the plant’s extension. Twice they tried to file the petition but were prevented from meeting the Collector. They sat on a hunger strike in front of his office. For the first eight hours, no politician came to meet them. This angered the people who decided to intensify their protest. They began protesting in churches, parks, grounds, schools and colleges.

Krishnamoorthy had filed a petition in the Madurai High Court seeking permission to hold a protest rally. He got the permission but never expected such a huge crowd. The 100-day protest started on March 24, 2018. “During the protest, there was no one to lead it and we were in small groups. There was no politician or official to lead the protest and it was left to the people of Kumarettiyapuram.”

The political parties did nothing. Mahesh Kumar (32), a member of the Dravida Munnetra Kazhagam, says all parties, including the DMK, and the local media “cheated” the people of Thoothukudi by taking an ambivalent stance. “There was no support from the media in the first 45 days. They started covering the protest only after political parties, including mine, supported the protesters. Even M.K Stalin came to see the people only after the police firing. People outside Thoothukudi hardly cared about the protests during those 100 days.”

The manner in which police handled the huge crowd that May 22 raises a lot of questions about their training – especially the way they are expected to act in a tense situation. The police version of the tragedy which claimed 13 lives was that it was the protestors who became violent, and they retaliated to maintain law and order.

A. Alexander Mohan, former inspector-general of the Tamil Nadu Police who now teaches criminology at Madras University, says it was a failure on the part of police intelligence that it did not anticipate the size of the crowd. The police were, thus, unprepared when they came face to face with the huge crowd. “Firing is the last resort, when the situation goes absolutely out of control. The police have to record the reasons for firing,” he says.

When policemen see a colleague hit by a stone or come under physical attack, “they lose their temper,” he says. However, training to handle such situations more intelligently seemed lacking, as from all accounts the police shot with the intention to kill and not merely to disperse the crowd.

“There is a total collapse of the kind of training system that is required,” says Mohan. “While we can’t insist on procedural matters when we are under attack, the police ought to show some restraint before using semi-automatic weapons against people.” 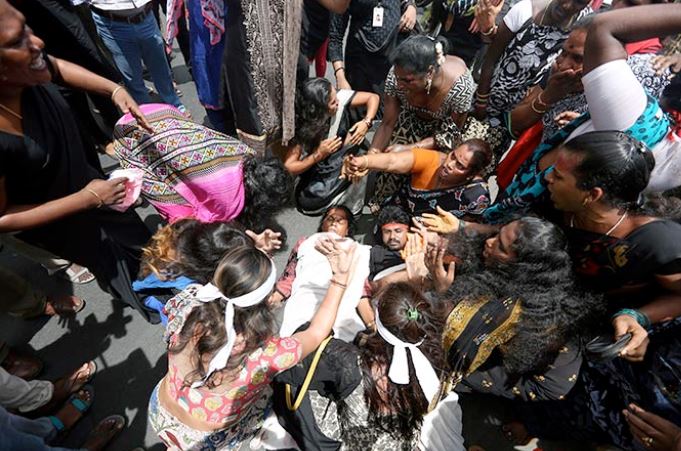 Controversy surrounding the health and ecological damage and protests by locals against Sterlite go back to the 1990s. The copper smelting plant is run by Sterlite Copper, a subsidiary business unit of the London-based Vedanta Resources Plc. It first tried to set up a plant in Ratnagiri, Maharashtra, in 1992.

The Maharashtra Industrial Development Corporation had allocated 500 acres of land for a 60,000 tonne per annum copper smelting plant in the coastal district. But construction work was suspended a year later by order of the District Collector, following an agitation by the locals of Ratnagiri. They feared the pollution that the plant would cause. Their protests forced the government to form a committee to look into the matter. The committee found that the industry would endanger the local flora and fauna. The permit was revoked.

Within a year, in 1994, the company was invited to Tamil Nadu. The Tamil Nadu Pollution Control Board issued a no-objection certificate and asked the company to conduct an Environmental Impact Assessment. How could the company be given clearance in Tamil Nadu when only the previous year it was thrown out of Maharashtra?

The Union Ministry of Environment and Forests issued an environmental clearance even before the company had conducted the impact assessment. In April 2013, the Supreme Court agreed that the plant was responsible for polluting the environment through emissions which did not conform to the rules laid down under the Air Act by the Tamil Nadu pollution board.

The plant was closed in 2018 following the violence, and despite many attempts by the Vedanta group to challenge its closure in the courts, it hadn’t reopened since. 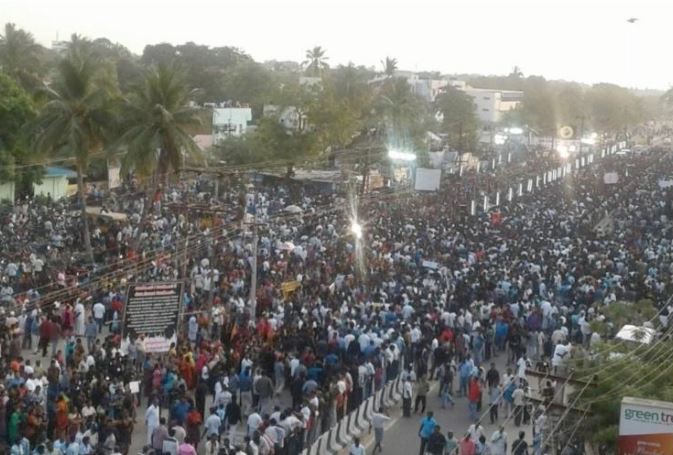