The working of a vigilante state

In 2016-17 the then MP of Kairana in Shamli, Hukum Singh, played up a threat of Hindu exodus by alleging that Muslim gangsters were causing fear amongst Hindu traders. A subsequent NHRC report and independent investigation by the Indian Express debunked the bogey of a Hindu exodus from Kairana. Hukum Singh too retracted his earlier statement, saying that such gangs had been equally harsh on both Muslims and Hindus.

The issue however was not allowed to fade, and the Kairana exodus emerged as an important poll issue in the 2017 election. The victory of the BJP led to Kairana becoming the epicenter of Adityanath’s anti-crime policy, put into effect soon after he assumed office.

On his recent revisit to the town, five years after the exodus myth was raised, Adityanath once again made claims about a Hindu exodus and how his government had effectively tackled the prevailing fear in the region.

He met with families who claimed to have returned to Kairana after being assured of their safety. Taking credit for his administration’s efforts to tackle crime across the state, he spoke about how these have resulted in increased development as government schemes were now reaching every home, without any “appeasement”.

The chief minister concluded his trip by addressing a public rally and laying the foundation stone for a new unit of the Provincial Armed Constabulary. He recalled that local residents had approached him on his last visit in 2017 and demanded that a PAC unit be set up.

Kairana is a Muslim majority town in the Shamli district of Uttar Pradesh, part of the Kairana parliamentary constituency comprising the five assembly segments of Shamli, Nakur, Gangoh, Thana Bhawan and Kairana.

In 2017 it became the site of the earliest police encounters under the BJP state government. The bogey of a Hindu exodus stoked fears that lent immense support to the police killings.

One of the first to be targeted was the gangster Mukeem Kala’s family. Though Kala had been in jail since 2016, he was held singularly responsible by Hukum Singh for the alleged Hindu exodus. Kala’s younger brother Wasim was one of the first casualties, whose killing was reported in the local news as the result of a fierce gunfight.

In repeated statements, Meena, their 55 year old mother, has disputed the police version and said that the prior framing of charges and the encounter were both staged.

She recounts that in order to get to Wasim, the police first arrested her and her husband Mustakeem under the NDPS (Narcotic Drugs and Psychotropic Substances) Act. At the police station she was shown a pouch of powder and told it had been recovered from her possession.

Despite her denial, and repeated statements that the powder resembled choon (flour) the substance was shown as a narcotic of commercial quantity leading to her arrest.

Meena reports that during her detention at the police station, she resisted numerous attempts by women constables to take her thumb impression on blank papers. She states that soon after her formal arrest an unknown person contacted her son Wasim, who lured him to Shamli asking him to arrange bail for his mother.

As Wasim entered Shamli, the police reportedly picked him up and he died in an ‘encounter’. In its submission the police party claims to have received a tip off from a mukhbur (informer) about Wasim’s whereabouts, upon which it headed to the designated place and set up a checkpost to nab him.

On seeing the police party Wasim refused to stop and instead fired indiscriminately, the police claim, and retaliatory firing in self-defence led to bullet injuries which led to his death on being brought to the hospital.

Pictures of Waseem Kala’s lifeless body which appeared in local news reports the next day, and medical reports reportedly revealed a gunshot wound to his head, raising serious doubts over the police claim of having brought him to hospital in an injured condition.

Meena was informed about her son’s death while in jail, and was only granted bail after the judge hearing her pointed out numerous lapses in procedure at the time of her arrest. Mukeem remained in prison, and the family say his parents were repeatedly threatened to withdraw their complaint against the police, where they allege foul play in Wasim’s death.

In January 2020, his father Mustakeem was arrested under the Arms Act for possession of an illegal firearm. And in May this year Mukeem was killed in police custody after being summarily moved from Kurukshetra to Saharanpur and then to Chitrakoot Jail.

The Kalas’ deaths are now another statistic added to a growing list of victims who have died without trial, either to police bullets or in custody. Since 2017, over 8,000 reported incidents of police encounters have taken place leaving over 100 dead and thousands injured across the state of Uttar Pradesh.

Meena’s ordeal reveals a pattern of criminalisation that rests on the selective use of punitive laws. The NDPS Act was deployed to first arrest her and then lure Wasim. In subsequent cases one sees the use of the National Security Act 1980, the Gangster Act, laws against beef production and consumption, Section 153-A of the IPC which pertains to spreading communal disharmony and the IT Act.

Under such laws the framing of charges is sufficient reason for a person to be picked up and injured or killed in an encounter, or face lengthy jail sentences. A recent investigation by the Indian Express found that 94 out of 120 cases filed against Muslims under the NSA were dismissed by the Allahabad High Court. A third of the cases were of persons first booked under cow protection laws.

The grounds for arrest remain vague as police seldom adhere to the procedure mandated by law. Dilshad, from Charthawal–Muzaffarnagar was an active member of the Bharatiya Kisan Union before he was charged with the theft of a mobile phone in October 2020. Though he was given bail in the case, the police used the FIR against him to charge him under the Gangster Act.

Though the Act mandates that the accused should be given prior notice about the framing of such charges, Dilshad was only made aware of the charges on the fateful day that he was nabbed as part of a police encounter. According to the police, the encounter occurred as Dilshad refused to stop at a police checkpost. Instead he fired indiscriminately, causing injuries to a constable named Sachin. The police only retaliated in self-defence, they claim, shooting him in the foot. Then they took Dilshad to hospital and subsequently charged him under IPC section 307 (attempt to murder).

The cases under the Gangster Act and IPC 307 were put up before a special judge to try cases under the UP Gangsters and Anti-Social Activities Act of 1986. Dilshad was granted bail in the case pertaining to IPC 307. In the bail order the sessions judge of Muzaffarnagar wrote that the police was unable to establish whether Dilshad fired at the police party with the intention to kill. Moreover, the medical report meant to investigate alleged gunshot injuries to Constable Sachin did not reveal any evidence of wounds.

The special judge overseeing the charges under the Gangster Act also granted Dilshad bail because the police were unable to recover the stolen phone from his possession. Dilshad’s case is now stronger as the court has indicated that it is not convinced that he had anything to do with the theft of the phone. This puts the police version to test that charged him under Gangster Act and then shot him in an alleged encounter.

Dilshad’s was a rare case where the victim found legal redressal. In numerous other instances, the inability to secure timely bail or legal aid can result in the accused spending lengthy periods in jail.

While using the excuse of law enforcement to target Muslims in UP, Adityanath’s government has done little to penetrate the existing criminal networks that make western UP a major market for the sale and distribution of guns and drugs, belying Adityanath’s most recent claim that crime in UP is almost over.

While the police went about shooting or framing persons under punitive laws, dominant caste gangsters such as Sushil Mooch, one of the many Jat gangsters who have been active since the 1990s, continued to engage in crime. Despite having over 10 cases of murder against him, Mooch managed bail soon after surrendering in 2019. The same is true of Anil Dujana, who is active in Noida, but was given bail in March 2021 to help his wife contest the local panchayat elections in April.

Adityanath’s arrival in Kairana marks the fruition of a vigilante state that has secured widespread currency across the politics of Uttar Pradesh. Instead of interrogating the alleged links between the illicit economy and existing gangs, the Kairana model ensures that persons belonging to the main religious minority are targeted and sacrificed.

This is reflected also in the strategies of the principal opposition parties, who in wooing Muslim votes speak of communal solidarity but stop short of mentioning any scope for reconciliation and redressal.

The silence on these matters goes to show how the state government has established a political narrative that views a Hindu majority community as an important stakeholder in the working of a vigilante state. It offers a mirror to those who view a change in guard in UP as a step towards diminishing the assertion of communal forces.

On the contrary, we argue that such hopes are futile, as the state has managed to reify a majoritarian conscience fed on a practice of targeted hate. 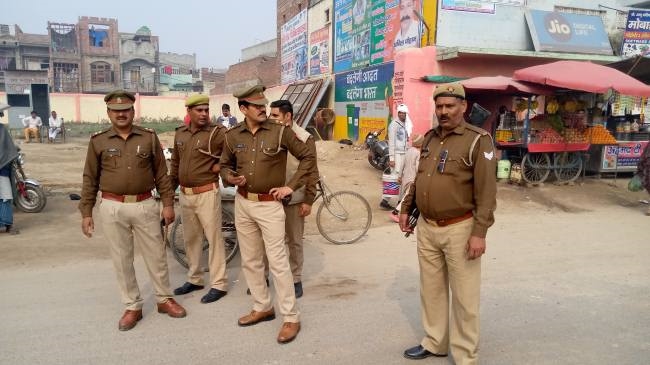