Caste Versus food: Who Can Afford to be Vegan in India?

Soon she realized that all the food that we see on Instagram was very well directed. That there were no dirty tables or messy kitchens. “People from the SC/ST community weren’t talking about food much. No other illustrator on social media was having this conversation,” she said. So she decided to ask her mother about the history behind her family’s food. “I wanted to know what food was like in my mom’s childhood and how she learned to cook the recipes I have grown up eating,” she said.

As her mother started telling her more about the food they eat, she thought it was a good opportunity , as an artist, to document food from her maternal family. Hence stated a series called ‘Caste and food,’ where Bao illustrated various dishes specific to the Dalit community and talked about the intricate relationship between food and caste economy.

“As much as food is a site for knowledge, it is also a site of oppression, humiliation, and claim for modernity. In many ways, it deems people lowly due to their food practices. So this new series I want to start is all about food and politics,” her first post read.

According to Bao, the way Dalit communities consume meat is very different from how UC communities make meat recipes. Unlike upper class, upper caste people, who don’t eat everything off the meat, lower-caste people consume all parts of the meat. From the skin to the bone we use everything,” said Bao. “The unsexy meat is used by lower-caste communities. We use the entire animal and don’t waste it after killing it, she added.

The digital artist also points out that Brahminism time and again has tried to homogenize “Indian Food,” and made it synonymous with “Vegetarian food.” On the contrary however, National Family Health Survey 4 data (http://rchiips.org/nfhs/NFHS-4Reports/India.pdf) suggests that 70 per cent of women and 78 percent of men in the country consume some form of meat. Telangana, Andhra Pradesh, West Bengal, Tamil Nadu, Odisha and Jharkhand are states where the proportion of non-vegetarians is more than 97 per cent.

In contrast, Punjab, Haryana, Gujarat and Rajasthan have the least non-vegetarian population (below 40 per cent), government data show. Meat consumption in India has grown with a rise in income, as has been the case elsewhere. India will consume six million tons of meat in 2020, according to OECD. Nearly half the population consumes non-vegetarian meals once a week in India.

Within the vegetarian population in India, only one percent are strict vegans. So, the total number of vegans in India is around five million, India Today reported. Data from Google AdWords also shows that vegan-related searches shot up by 47 per cent in 2020, according to a report by The Print.

Palak turned Vegan 8 years ago after she started following Guru Mohanji, a spiritual leader. “My guru started sharing videos of cruelty being done with animals and told us that it was against our culture,” she said. “I was in a state of shock,” she said.

When she first adopted veganism, she found it difficult to adapt to the lifestyle and “so I thought creating a community of vegans who can be a support system is the need of the hour,” she said. That is how she started Vegan first, a digital organization aimed to curate and spread information around veganism.

“It is easier to be vegan in India than in any other country,”said Palak. “When I turned vegan my kitchen expenses went lower. It is cheaper for people to be vegan. Our usual dal chawal is vegan. We don’t need anything else,” said Palak.

According to Palak, “veganism also needs to be the future of not only India, but of the world.” She also added that “India has never been pro meat, be it the majority or minority population. Not doing harm to another being is humanity and veganism is a social justice movement,” she said.

Another activist, Tanya Bhatia, turned vegan when she got to know about the cruelty of the dairy industry. “I understood that I am consuming the milk of another mother,” she said. “It's been a beautiful journey full of compassion,” she added.

According to Bhatia, Veganism is also a movement that unifies class. “Vegan good, our dal roti chawal, is something both the rich and poor are having,” she said.

However, according to Bao, “I have noticed that my friends who have turned vegan, all come from a very upper-caste, upper class background,” she said. “I thought not consuming meat and dairy would be cheap. Then I realized my vegan friends only go to the supermarket, whereas I go to the Bhajiwala. Even in the vegan section of the supermarket, the things were extremely expensive,” she said.

Under Veganism, food habits of the SC/ST communities are also being appropriated, says Bao. “There are so many videos on youtube and Tik-Tok where people are inviting recipes and making food out of waste material. But we have always been doing that,” she said. “We have never had the opportunity to be extravagant and or the resources and status to waste anything,” she added. “For example,we don’t see potato skin as a separate thing, we have always been eating it. But upper caste and class people have been eating potato skin in expensive fancy restaurants,” she said.

“When vegans say that veganism is tied to “our culture” they are talking about Brahmanical culture.,” said Bao. “Who has access to vegan food? It is only upper caste, upper class people, she said. 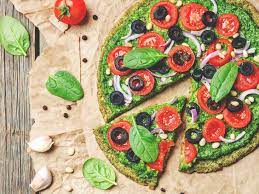