Urgent need for systemic measures to prevent flooding in the plains

The area of Himalayan glaciers shrank from 23,542 sq km in 2019-20 to 19,183 sq km in 2020-2021, according to a joint study by the Himachal Council for Science, Technology and Environment (Himcoste) and the Space Applications Center in Ahmedabad. This represents an area decline of 18.5% in just one year.

The rapidly melting glaciers of the Himalayas could pose serious problems for our subcontinent. The study by Leeds University also found that glaciers in the eastern Himalayas are melting faster than those in the west. The Himcoste joint study found that the icy areas supplying water to the Chenab, Ravi, Beas, and Sutlej rivers recorded a decrease of 8.9, 23.5, 18.5 and 23.2% respectively in 2020-21 over the previous year.

The rapid melt of Himalayan glaciers is known to be the result of natural disasters due to global warming and consequent climate change. Like other industrialised countries our model of economic development is also responsible for the rise in temperature and natural disasters. In the name of economic development, governments and corporations in the Himalayan states of Himachal Pradesh, Uttarakhand, Jammu and Kashmir and the Northeastern region have indiscriminately cut down forests and mountains for road construction, hydropower generation, and horticulture to augment the tourism department in Leh-Ladakh.

In the name of this so-called economic development, the State and Union governments in these areas are ignoring the mandatory environmental regulations, leading to the slaying of trees which is causing huge losses of livelihoods and lives through growing natural calamities due to rising local temperature.

When the state of Uttarakhand came into being in 2000, the total length of roads here was only 8,000 km. Since then Uttarakhand has been given a network of roads till 2013 by blowing up its fragile mountains with explosives and deforestation to boost the state as a tourist resort and for the economic gain of a few.

As a result the length of roads has been increased to 24,000 km by connecting the four Hindu shrines of Kedarnath, Badrinath, Yamunotri and Gangtori via roads. The local people and geologists were not consulted about this construction, hence their viewpoint was ignored, and the governments and contractors also violated environmental norms and laws. Even as problems arising from construction were mounting for several years, the State and Union governments were promising that the roads in the state would be widened in the near future after consulting the locals and experts.

Even after the lethal glacier collapse at Chamoli on February 7, 2021 and the catastrophic floods in October 2021, the Union government, in the guise of protecting the country, obtained the Supreme Court’s permission to build a 900 km section of the Char Dham road which is in an ecologically sensitive area.

It is also important to note that this is not the first time the Union government has taken such a decision. On March 15, 2021, just one month after the Chamoli incident on February 7, it had approved the continuation of seven hydropower projects in this fragile and biodiverse area. In 2021 alone, the Supreme Court allowed the Himachal Pradesh government to continue 465 projects in defiance of the provisions of the Forest Conservation Act 1980 and the Forest Rights Act of 2006. These projects include 53 hydropower and 334 road projects.

Each kilometer of road driven through mountainous areas requires 30,000 to 40,000 cubic meters of soil and stones to be removed which leaves the mountains losing their balance. In case of heavy rains and snowfall the mountains begin to slide down, causing heavy loss of property and life of many species.

Data released by the Disaster Management Departments of Himachal Pradesh and Uttarakhand shows that Uttarakhand received an average of 5% less rainfall by August 2021, while landslides increased by 32%. Last year there were 1,200 landslide incidents in Uttarakhand in which 135 people were killed. Himachal Pradesh too received 44% less rainfall till August last monsoon, but with cloudbursts and land made fragile the incidence of landslides increased by 60%, killing 150 people.

Similar development projects in Uttarakhand and Himachal are blindly destroying natural resources like forests and mountains, home to many other animals. This is a spiral of destruction. Deforestation increases the amount of carbon dioxide in the atmosphere, which in turn increases the local temperature. When mountains are blown up with explosives to build roads and hydroelectric projects, the explosives also contribute to raising the local temperature. Rising local temperature accelerates natural disasters, such as cloudbursts, flash floods, thunderstorms, lightning, and landslides.

The rising global temperature is bound to increase the likelihood of many kinds of natural disasters, such as short-term rainfall and snowfall, floods and droughts, cloudbursts, and lightning strikes. Melting glaciers in the Himalayas are also a part of these natural disasters.

It is also important to consider the possible damage that the melting of Himalayan glaciers could do to India. All rivers in northern India originate from the Himalayan glaciers. If these glaciers melt rapidly, flooding in the plains will multiply due to overflow of rivers and people will become homeless, crops will be destroyed causing a huge loss of life and property. Would the destruction of crops not lead to food shortages and a food crisis in India, with our population of nearly 1,400 million?

Due to the even faster melting of glaciers in the eastern part of the Himalayas, many states of the country like Uttar Pradesh, Bihar, Jharkhand, and West Bengal have been hit by frequent floods even without rain. Due to the rapid depletion of glaciers, many areas of India confront the spectre of water scarcity in the near future. Shimla, a popular tourist destination in Himachal Pradesh, experiences water shortages during the summer season. In 2018, the Himachal Pradesh government had to stop the flow of tourists for a week due to water shortage. The melting of glaciers will have a detrimental effect not only on the mountainous states but also in the plains areas of the country.

According to the records of the Indian Meteorological Department, from 2015 to 2021 Uttarakhand experienced 7,750 incidents of excess rainfall yet no increase has been recorded in the forest cover in the state. The number of waterfalls and springs in the states of Himachal Pradesh and Uttarakhand has also been steadily declining. So on one hand, the hill states are suffering from heavy rains attributable to climate change while on the other, people are suffering from shortage of drinking water due to depletion of waterfalls and springs. As Coleridge said, “Water water everywhere, nor any drop to drink”.

Meanwhile the plains will also be hit by increasing floods causing loss of life and property as well as food shortages due to crop failure. According to the Leeds University study, the melting of glaciers around the world has caused sea levels to rise from 0.98 mm to 1.38 mm above preindustrial levels. India is surrounded by the sea on three sides, and portions of 10 states and 4 union territories face being submerged due to the rising sea level, with many being submerged in the sea in the near future. Rising sea levels will also increase the number of maritime disasters.

The rapid melting of glaciers is also a danger message for hydroelectric projects on the rivers, as the rapid depletion of glaciers will result in depletion of rivers, renewable energy sources and millions of people will be disemployed.

Although the problem of rapid glacier melt is related to rising temperature and climate change, our governments and corporations should refrain from taking any action that makes the problem worse. Before starting economic development projects in the hilly areas, the geological conditions should be examined by the geologists. The government should regularly monitor glaciers and river sources and minimize tampering in mountainous areas. Roads in mountainous areas should be widened only to the extent that they do not harm the local ecology.

In the area of Uttarakhand where the Supreme Court has approved the construction of a 10-meter road, there have been a number of landslides this year. The Supreme Court mentioned in its judgment that landslides are not a valid reason to stop development plans, but it is important to note that if landslides disrupt roads and disrupt traffic, then how does widening the roads strengthen the country’s economy or security?

Such mindless economic development and national security plans should be replaced by strong, sustainable and ecologically friendly roads and other plans. Necessary measures should be taken to avoid possible future disasters due to melting of glaciers. The forest cover in hilly areas should be increased. There should be a complete ban on economic development projects in sensitive areas, with local people and geologists actively involved to voice their concerns for any future proposals for developments in these areas or their vicinity.

There is an urgent need for systematic measures to prevent floods in the plains. The time to act is now. 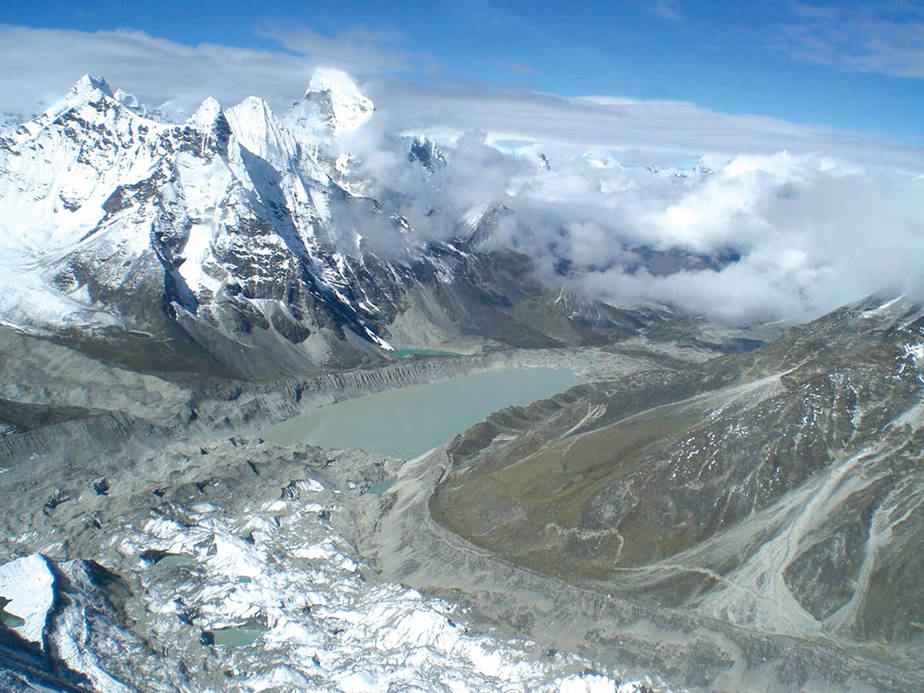