The Marigold Story - Of Rajiv And Sonia Gandhi

Excerpts from the book

I first met Sonia Gandhi in the early Eighties at a government guest house in Gauriganj, in district Amethi. She spoke to me for well over an hour, but strictly off the record. In retrospect, everything about that interaction sounds incredible—Sonia Gandhi speaking about herself and trusting a journalist’s promise that the conversation would remain strictly private. It did, despite the journalist in me g v ng up on a good story. Had I published the interview or even snatches of it, it would have been Sonia Gandhi’s first interaction with the Indian press.

Unlike her husband Rajiv , who was spontaneous, Sonia was always the guard and I guess it was because she was and continues to be very shy of people. Even when Rajiv was prime minister, she shunned attention, often walking a step behind him. Rajiv would then stop and with a gentle touch of his hand match her pace. They would then walk together and unlike many Indian males, Rajiv would rarely walk ahead of her. He was also among the few to explode the myth that Indian politicians don’t have a personal life. He made it known that family time was as important as gruelling work schedule. For Rajiv work was, like most young and modern Indians, only one part of his life.

His introducing the five-day week, although a western concept, was to drive home the point that politicians deserved a break; have families to look after and needed to spend quality time with them. Therefore vacations were high on Rajiv’s agenda and both he and Sonia were seen together publicly much more than many others. The only other couple I can think of is L.K. Advani and his wife, Kamla who thought nothing of catching a play a favourite haunt for theatre lovers or sharing a meal at the India International Centre, or IIC as it is better known.

While on Rajiv’s trips abroad, there was once a huge scandal when one of Rajiv’s close aides had shared a blanket with a woman journalist. More than officials, senior journalists on were irked and the news had spread like wild fire. It was after this incident that a moratorium was placed on the PMO against handpicking journalists. It was left to editors to decide who they would send for such trips.

At this point in the narrative, my mind goes back to two things: Rajiv and Sonia being forewarned against shifting to 10, Janpath; and Sonia being lucky for Rajiv. Both had their genesis in astrology, of which Indira Gandhi was a great votary.

I remember an income tax officer- turned-astrologer, J.C. Mehdiratta, telling me that he ‘saw nothing in Rajiv’s horoscope after a few years.’ That was when the Bofors scandal was at its peak. Since we were talking politics, I thought he meant that Rajiv’s political career would be over. I was wrong. ‘There is no horoscope after that,’ he had repeated. Not once did Mehdiratta mention ‘death’, nor had I thought of it, and hence I was unable to fathom the import of his prediction.

The other thing he told me was that ‘Sonia’s Jupiter is very strong and as long as she is by Rajiv’s side, no harm shall ever come to him.’ He was perhaps right. On that fateful night, Sonia was not by her husband’s side.

The other story was about 10, Janpath being inauspicious for its occupants. After losing the 1989 elections, Rajiv Gandhi had moved into a portion of 10, Janpath. Its earlier occupant and ex- MP, K.K. Tewari, had once taken him around and told him stories about it being haunted. ‘Rajiv ji had laughed it off saying it was all rubbish,’ Tewari said. When he had proceeded to tell Rajiv how his wife lit an oil lamp every evening to ‘keep the spirits at bay,’ Rajiv was even more amused. ‘Really? Do you believe in all this?’ Rajiv had asked Tewari, who had mumbled in embarrassment, ‘I don’t, but my wife does.’

I was told that a CPWD engineer had also forewarned Rajiv about the house being haunted and in response, Rajiv had said jocularly, ‘Jab woh bhoot iss bhoot ko dekhega toh woh bhaag jayega!’

(When that ghost shall meet this one, he shall surely bolt!)

The real reason for Rajiv Gandhi’s shifting to 10, Janpath was because he had wanted to vacate the Prime Minister’s office residence before his successor was sworn in. Since 10, Janpath was vacant, Rajiv could move in easily.

After his death, Sonia Gandhi not only made 10, Janpath her permanent home, but for seven long years hereafter, kept to herself. She did not leave the country and ‘run away to Italy’ as many of her detractors had all said she would. She could easily have left, but I guess she owed it to Rajiv and his memory to live in a land that was his and later became hers as well. On this count, Sonia was driven more by emotion than politics, irrespective of what her critics may have said. In the initial years after Rajiv’s death, Sonia would spurn the routine offers from senior Congress party leaders to head the party.

Several people would often come calling from Amethi requesting her to take over. Sonia would say nothing, but simply look away, indicating that any talk about politics was unwelcome.

However, Sonia’s reasons for joining active politics were different—life-size photographs of her husband and mother-in-law which stared down at her from the large wall.

‘How can I,’ she had then told her daughter, Priyanka, ‘get up every morning and have these pictures stare at me from the wall?’

That was it. Sonia Gandhi had picked up the gauntlet and despite several vicious campaigns against her and her children, she decided to plunge into politics.

Personally my heart reached out to Sonia. This may be because I could sense her vulnerability, a woman who was widowed in an alien land, with no one to call her own except her two young kids. Rajiv meant the world to her. ‘They were so much in love,’ said one of her children to me.

I remember meeting Sonia a few times after Rajiv’s death. She was in deep sorrow—her eyes were blank, staring vacantly into space. She met many of us who knew her husband, hoping that snatches of the conversation may reveal something that she did not know.

I remember hanging over several tapes containing many interviews I had done with her husband. She accepted them without saying a word, and held a few in her hand as if some part of what she could never have back, was with her once again. 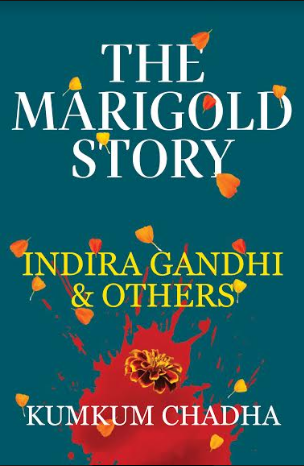