If home is found on both sides of the globe,
Home is of course here – and always a missed land.

In this couplet from his ghazal ‘Land’, Kashmiri-American poet Agha Shahid Ali captured perfectly the feeling of belonging-and-yet-not-belonging common to those who live between several cultural worlds. Where is home, if home is plural? This question, omnipresent in Ali’s poetry, is ultimately a question of identity. Who am I, if I feel bound to more than one place and affiliated to more than one poetic tradition, to more than one language?

Do I belong somewhere? Can I belong anywhere?

Agha Shahid Ali was born in Delhi in 1949. He grew up mainly in Srinagar, Kashmir, speaking Urdu, Kashmiri and English. In 1976 he moved to the USA where he obtained a PhD in English literature and then taught creative writing at several American universities. English was his language of writing and teaching. Nevertheless, he lived and wrote at a crossroads of cultures – between Kashmir, with its own diverse cultural heritage, and what one can call, for lack of a better term, “the West”.

His poetry attests to his multiple interests, the breadth of his reading and his numerous sources of influence. Ali’s thorough knowledge of the literatures, religions and cultures of several continents nourishes his poetry and language. This becomes apparent in his eclectic references, implicit and explicit, where pop culture meets the masters of the Urdu ghazal, and allusions to Sufism rhyme with images from urban life in New York and with Hindu mythology.

He alludes for example to the mythical love story of Layla and Majnoon – a beloved topic in Arabic as well as Persian and Urdu – by melting old images associated with it (the desert, caravans, sand, Majnoon’s madness) into his own new creations:

Her star-cold palanquin goes with the caravan.
Majnoon, now she’ll be news – out of the blue – of water.

Mixing allusions to older poetic traditions into his own world to create something new – often in a very cryptic and elusive way – is part of Ali’s play with language. This dialogue with his literary heritage and his fellow poets happens on several levels, with both direct and implied citations and references, rendering Ali’s poems very dense. And yet, his sensibility to language and his agility with words prevent his work from becoming too inaccessible to his readers, not all of whom may be as well-read as him. The rhythm and the melody of Ali’s poetry are riveting. 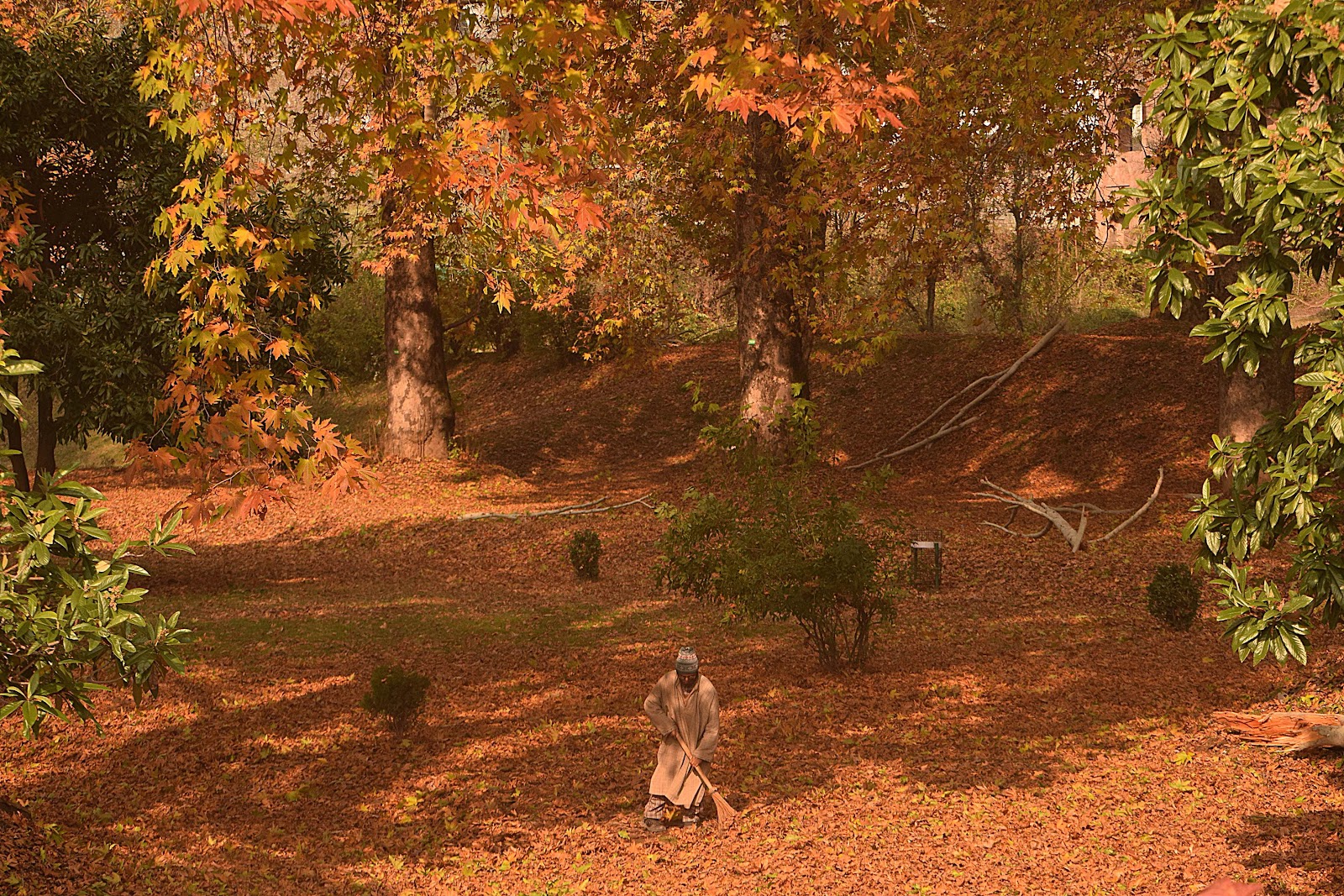 Like many poets before him, Ali plays with the ambiguity in the nature of love — between an earthly, human love and a mystical, divine love. This mystical dimension of love is very present in the later poetic traditions around the story of Layla and Majnoon, as well as in its interpretations. The tragic story of lovers belonging to different tribes has served to illustrate several concepts of Sufism, such as fanaa (annihilation of the self) and hubb (complete, devoted love). These aspects are also present in the work of many Urdu poets, with whom Ali was familiar.

In his own work the mystical dimension is recognisable in most of the love verses. Ali’s choice of words and use of the name ‘Beloved’ with a capital letter clearly suggest it:

Ali likes to twist the expected meanings or word-associations of the reader with the topos (theme) he alludes to, as is the case in this couplet, with the notion that the Beloved leaves one behind. However, this can be interpreted to express another major theme of Sufi and Bhakti poetry: the absence of the Beloved, and longing for the ultimate reunion. While using these themes, here or in longer poems such as From another Desert, Ali constantly plays with double-meanings, thus opening up the interpretation of his work.

Several of his early poems are embedded in a given context – rewriting Layla Majnoon, or recreating his own family history, for example. In these early works, Ali includes through allusions or quotes the work of poets he admires: Lorca, Neruda, Ghalib, Mandelstam... and also some of his personal poet-friends. Beyond this game of quoting directly or indirectly, of rewriting lines and borrowing, he brings together in his verses all the complexity and eclecticism of his own life experience and interests. This tendency would accentuate itself in his later poems.

In the ghazal ‘As Ever’, for example, written ‘after Ahmed Faraz’, the famous Urdu poet, Ali combines his own translations of couplets of Faraz with allusions to the play and movie A Streetcar Named Desire, the story of a lost love, and his outrage at violence – the allusion remains covered and vague, but Ali was certainly thinking here of the violence of the ongoing Kashmir conflict. 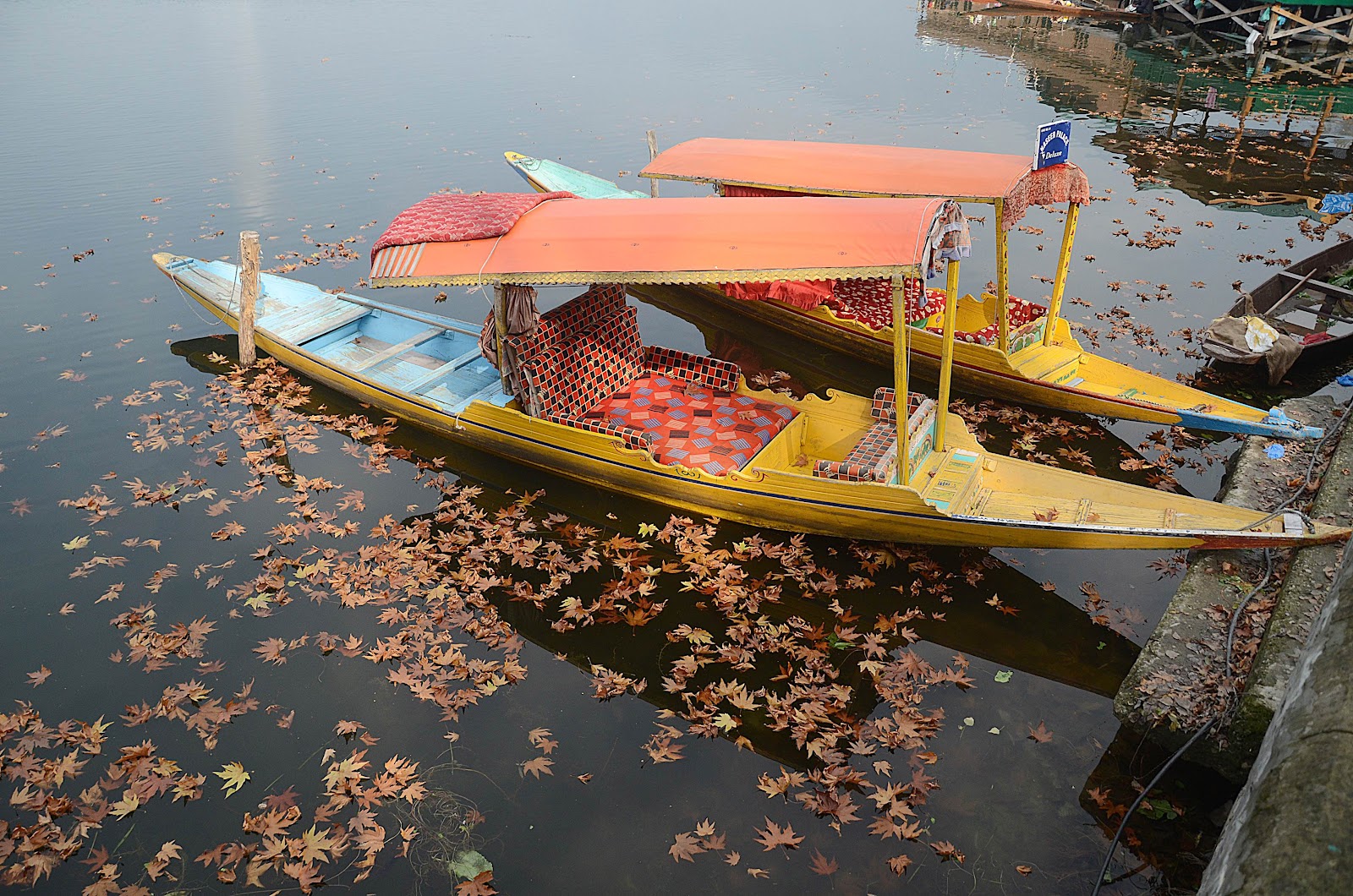 Through his art of creating new images by word associations, Ali composes a poetic language that intertwines literary topoi from multiple origins. He produces his own new literary world in a language that is vivid, sometimes tragic, but also extremely witty and always subtle. In his early work he mostly wrote free verse, with a few exceptions in villanelles and stanzas. Free verse seemed to offer him great freedom to explore his poetical universe. With time, however, he moved towards coded forms of poetry, with a notable predilection for the ghazal. He became one of the most prominent popularisers of this poetic form in English.

The ghazal finds an origin in Arabic poetry but became a particularly beloved form in Persian and in Urdu. Persian and Urdu poets adapted and developed the original rhyme pattern. The rules of the Urdu ghazal are very strict: traditionally, its length varies from five to fourteen shers or couplets. The couplets are independent of each other, yet the whole poem possesses a certain unity of tone. The rhyme scheme comprises a radif (refrain) preceded by a qafiya (rhyme). Both lines of the matla or opening couplet are supposed to contain the rhyme and refrain, which then recur in the second line of each sher:

The last couplet or maqta mentions the poet’s takhallus (pen name or chhaap) in one of the two lines:

They ask me to tell them what Shahid means: Listen, listen:
It means “The Beloved” in Persian, “witness” in Arabic.

The typical topic of the ghazal is love – be it earthly love or divine love or indeed a subtle intertwining of both – developing into an exposition of longing for an impossible union or into the expression of loss and the existential angst it induces.

Reducing Ali’s poetry to a few topics would not do justice to its thematic diversity. Nevertheless, life ‘between the worlds’ and exile are recurring features in his poems. For Ali, who inhabited several cultural realities and searched for his own form of expression, it is not surprising that the ghazal, with its challenging stringency, should be so appealing. It is in this form that the main topics of his poetry found their most perfect expression.

The ghazal allows for the inclusion of a multiplicity of topics in one single work, because of the independence of the couplets. This enables Ali to make indirect associations between ideas, play with words and elaborate on quotes (sometimes hidden quotes) from other poets through variations on their themes. The ghazal becomes thus a space where being an exile and belonging to several ‘homes’ can be fully expressed. 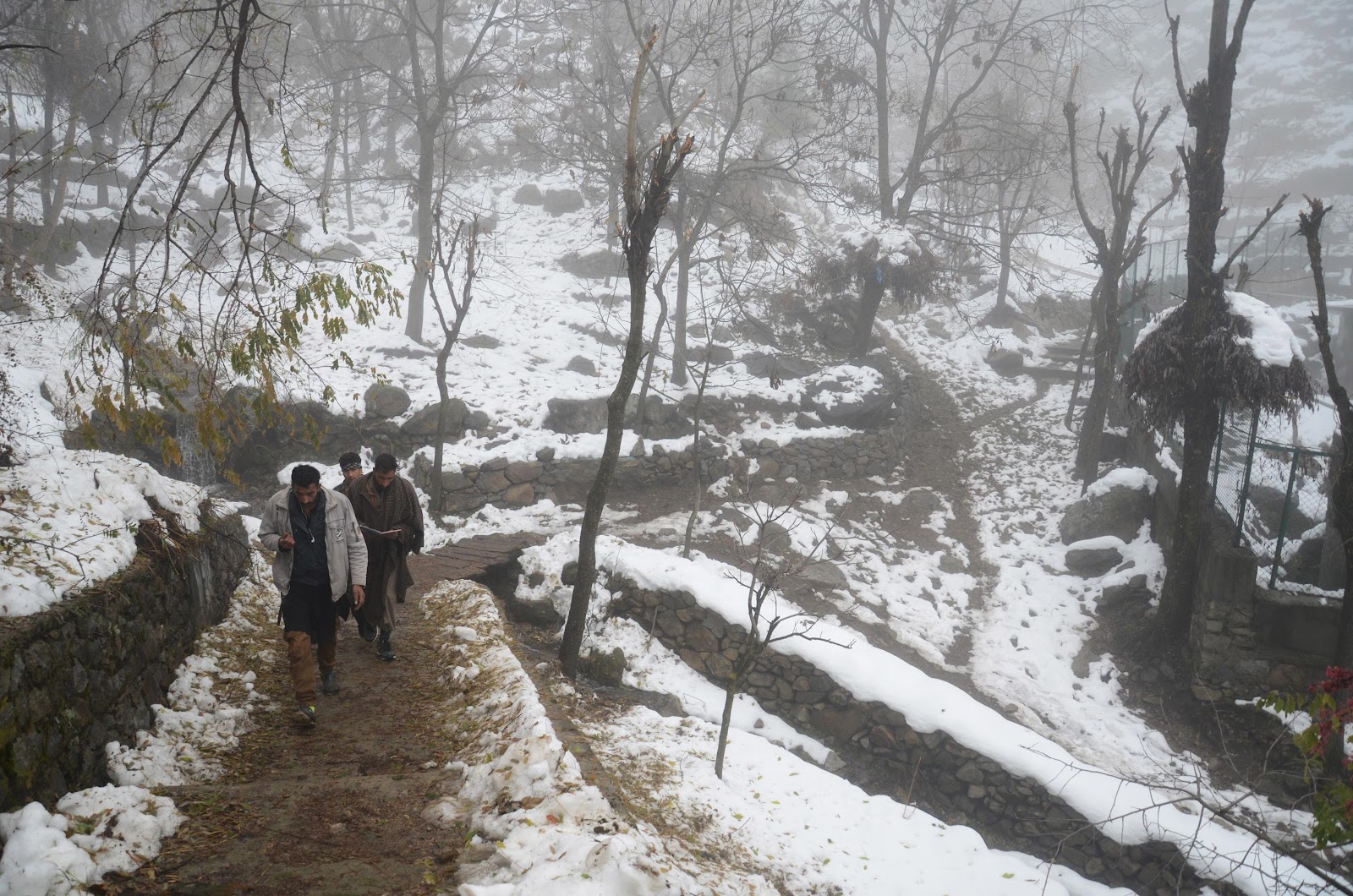 Agha Shahid Ali was an exile, physically: after 1976, he settled in America. However, this exile, so present in his work, was also partly an existential exile. The feeling of nostalgia for a lost home resonates in his works, but his physical exile was not forced, and Ali did at times visit Kashmir even after definitely moving to the USA. In truth, he was at home ‘on both sides of the globe’ – and this felt at times like belonging nowhere.

Ali’s nostalgia for Kashmir is intertwined with his outrage and his sadness towards the region’s situation. The collection of poems The Country Without a Post Office illustrates this particularly well, by making Kashmir, the relationships between the Kashmiri Pandits and the Kashmiri Muslims, the ongoing violence, and the human rights violations committed by the Indian military and paramilitary forces its main topics.

However, the poet seems to know that the Kashmir he longs for is not only lost due to the conflict, but that through the lenses of time and exile, it has also partially become an imaginary place. It is in this knowledge, perhaps, where lies all the tragedy of his situation of exile. In ‘Postcard from Kashmir’ Ali gives very subtle expression to this idea. The speaker of the poem holds a postcard from Kashmir in his hands and says:

This is home. And this the closest
I’ll ever be to home. When I return,
The colours won’t be so brilliant,
The Jhelum’s waters so clean,
So ultramarine. My love
So overexposed.

Home seems inaccessible because it is in some ways a place of the past. Longing for this place pervades Ali’s work. This feeling finds a voice in his language. Through a multiplicity of references he creates or recreates a world where the plurality of his experience, of his reality, can exist and thrive.

Ali’s ghazals evolved towards a much more rigorous application of the rules, as seen in his last ghazal collection, Call Me Ishmael Tonight. Here rhythm and rhyme pattern correspond, with rare exceptions, to the classical Urdu ghazal. Adapting the form to English happened through quite a long process of poetic research, culminating in masterpieces like ‘Even the Rain’ or ‘Tonight’.

Reinventing the ghazal in English also became a way for Ali to re-explore one of his cultural ‘homes’. The ghazal seemed to provide him with something like a ‘literary home’, a place where he could explore all the facets of his identity, and refer to writers and thinkers from the four corners of the world. Choosing English as the language of expression and the ghazal as a form, Ali created a beautiful body of literature which reflects his existence between several worlds, and enables him to reflect on it.

Ali doesn’t merely quote or refer to beloved Urdu poets like Ghalib, Faiz or Faraz; he also ponders over the question of language itself, for example in the poems ‘Arabic’ and ‘Beyond English’, where he expresses his many cultural and linguistic affiliations and those of the ghazal, originating in Arabic but transposed to Persian, Urdu and now, through his pen, to English. For the poet-exile, belonging to several worlds and to several languages, one may say that these ghazals became a home: a home between the worlds, between the words.

Home is where one starts from. As we grow older
The world becomes stranger, the pattern more complicated
Of dead and living.

Ali’s world certainly became more complicated, more intricate, intertwining a multiplicity of ideas and frames of references. And in this complexity, the nostalgia for a place where to belong wholly and completely intensified. Perhaps Agha Shahid Ali didn’t find this place, but in the ghazal he certainly found a space in which to question and seek freely.

Rosine-Alice Vuille has a PhD in modern Hindi-Urdu literature from the University of Zurich, and is currently working on a French translation of Agha Shahid Ali's ghazals.

Photographs Basit Zargar for The Citizen. 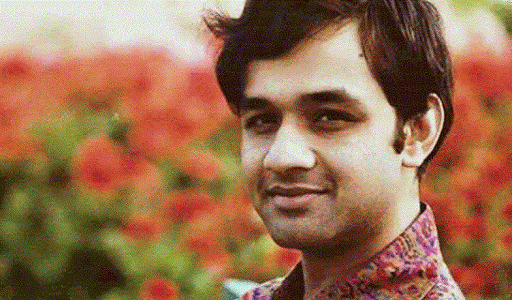