I am a bit scared of poetry and even writing about poetry because basically, I am not a “poetry” person though my school-drop-out poet mother wrote both with power and strength drawing from nostalgia, bits and slices of a life filled with memories sweet, bitter, sour and pungent. Poetry is ambivalent and ambiguous at the same time but it is also extremely subjective, understood differently by different people. But the collection of poetry I am writing on just now, proved differently.

If Sanjukta Dasgupta’s Sita’s Sisters is an example, then over a period time, poetry has broken the shackles of its cliché definitions of remaining boxed within “love”, “romance”, “rhythm”, “Nature”,“symmetry, “colour”, “lyricism” and “loss” and so on. Her sixth book of poetry, Sita’s Sisters, throws up poetry as a socio-political statement that is a scathing critique of patriarchy, of the hollowness of stardom where the starry halo changes into a gas balloon (Balloon, page 64) that may burst at any point without notice, of never learning to drive – a car or a two-wheeler because you have always been a pillion rider (The Pillion Rider, page 23).

Dasgupta, in spite of having been a hard core academic and a brilliant scholar of English literature, lets the political dimension of her personality ride free of academic inhibitions and yet reveal, layer by slow layer, her acknowledgment, recognition and strong comment on international issues, on national issues converting her passion for language into a knife, a sword, an arrow and a whiplash, as and when she chooses to draw from her armoury to hit, kill, hurt, injure and scar as and when.

Published by Hawakal, a relatively new publishing group that has specialized in bringing out poetry, Sista’s Sisters, spread over 80 pages, has 40 poems, mostly quite brief but this very brevity invests her writing with the intensity they bring out lucidly, fluidly without fear or favour.

In the last poem Dhoti Dance, she is acidic as she compares a successful song-dance number from the Shahrukh Khan with the dhoti that formed an integral part of Mahatma Gandhi’s personality which reflects the changes in the mass tastes in India as well as the way a box office hit Bollywood film toys around with the dhoti whether it calls it the lungi or the dhoti. The last stanza goes thus:

The title of the book Sita’s Sisters, spells out a feeling of the book being a collection of strongly feminist poetry. This is true but only partly, Dasgupta spans the entire horizon of the world within the poetry she weaves slowly, carefully and this reveals her awareness about what is happening across the world in the Here and the Now.

Let us take a look at Why Am I A Feminist which begins with a brief introduction to why feminism is hated quoted from Woman Hating by Andrea Dworkin. Take these few lines from an otherwise long poem:

Discriminated, assaulted, insulted, humiliated
Raped everywhere, even within marriage,
Slaving in the kitchen, slaving in bed,
Slaving to be a good woman
Slaving to make a happy family
Slaving to seem self-sacrificing
Slaving to be crowned Angel in the House
Slaving to be praised as Lakshmi
A nerveless Nora, an anorexic Barbie doll
In the home of pussilanimous prigs

Another powerful statement is there in the poem Kali, the Black Goddess in the Hindu pantheon:

She was a furious doer
She was a restless dreamer
She was a tempest, a tornado
She was the ruthless Redeemer,
She was not Bhadrakali
She was Chamunda Kali the relentless slayer
She was Kali who haunted the burning ghats
Shamshan Kali, the ultimate liberator

Let us take a closer look at the title poem Sita’s Sisters. It begins thus:

But alas, the earth did not split open for Sita’s sisters
The incessant unbearable cries of Sita’s sad sisters
Had turned their Mother Earth to senseless stone!

One of her most scathingly satirical poems is Hunger which talks about the difference between a lavish spread the rich are bored with and severe hunger among the have-nots of this world. Here is how the poem ends:

The eager losing 70s reached for the plates
But their tongues rebelled, repelled by the tastes
Of the gourmet style Super30 delicacies
They threw up the cheesy pasta and pizza
Instead of the superfood of Paradise
They begged for the bowl of steaming rice
And they were truly hungry
Ans nor bored to death by the same old food.

The Hunted harks back to the scary Nirbhaya gang rape and murder case while Who Killed the Little Tribal Girl refers to the eight-year-old Kathua girl and both these poems bring out the anger and the frustration the poet felt inside, simmering, waiting to boil over and burst into a hundred fragments of fire.

Stylistically speaking, Dasgupta vacillates between rhyming and blank verse but the brevity of her works bring out the angst the poet holds within. In terms of choice of subjects, Dasgupta covers the entire canvas of human experience she has garnered through her life, her extensive travels across the world and a major slice of her life spent in reading, teaching, learning and re-learning not only English Literature which she taught for many years but all that reaches beyond the framework of Literature to touch Life, Love, Tragedy, Death, Disappointments and most importantly – disillusions.

There are poems she has created around internationally significant political events such as Easter in Krakow and Auschwitz: Hell on Earth. Her two personal takes on the Cartholic prayer “Our Father Who Art in Heaven” and Rabindranath Tagore’s “Where the Mind is Without Fear” drawing out how they ought to be re-read in today’s political ambience sum up the beauty of the entire work. Take a bow, Dasgupta, you have taken the fear of poetry off me. 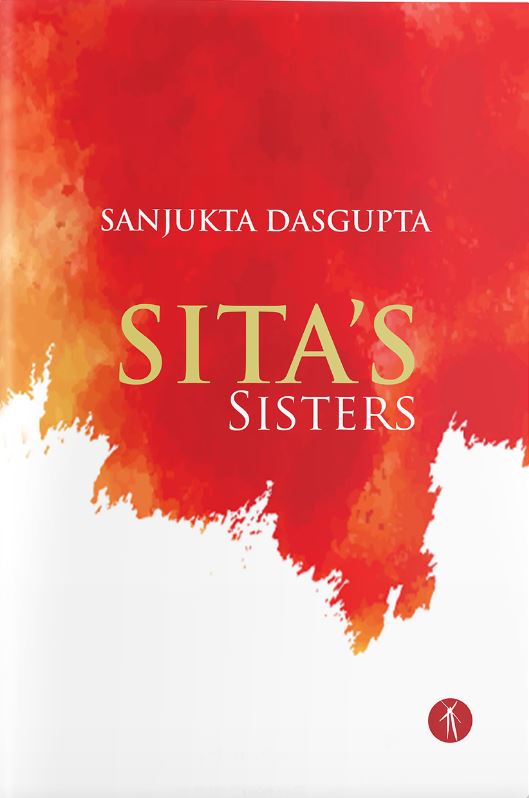