Amphan, the storm, ruthlessly lacerated Kolkata’s intellectual heart: the Boipara. The College Street where Boipara nestles, saw the growth of Calcutta as the capital of the East India Company which it remained till the capital of the British Raj shifted to Delhi in 1911.

Boipara is a 200 year old Xanadu of thoughts interwoven with the Bengali ethos and integrally associated with the history of the City of Joy, which has produced some of India’s best known personalities since the capital of Bengal shifted here in 1772 from Murshidabad.

Incidentally, this capital then was a cluster of three small hamlets named Kolikata, Gobindopur and Suttanutti. God knows why, the Firangis started calling it Calcutta as their tongues felt uncomfortable pronouncing Kolikata.

It is still a mystery why the trader-turned-rulers did not name their capital Gobindopur or Suttanutti. The metropolis became Kolkata in 2001.

Our Boipara or the College Street saw the metamorphosis of those three squat-little hamlets Kolikata, Gobindipur and Suttanutti into a City of Palaces over the decades.

The Super Cyclone Amphan wrought such havoc in Boipara that it has suffered a loss of over 1.5 crore rupees in damage to books alone. Hundreds of book kiosks, the signature of Boipara, have been damaged with the water reducing books to virtual pulp.

The Publishers and Book Sellers Guild of Kolkata even sent letters to Prime Minister Narendra Modi and Chief Minister Mamata Banerjee to come to the aid of Boipara. This is for the first time in the history that those associated with Boipara have made a direct appeal to the Prime Minister to come to their aid.

If Boipara of College Street is lost, one of the biggest attractions of Kolkata would also be lost. This book street has been one of the popular topics in the global media too for decades together.

Boipara is “the ancient-most book town of India” where perhaps every Bengali Bhodrolok, be they a journalist or a communist, politician or musician, cricketer or film star thronged not only to buy secondhand books but also for their very famous Adda.

Such addas, of course, are associated with the topmost names and the list is quite long. The Adda of Indian Coffee House, lying a stone’s throw away from the rows of the squat little book shops, is famous worldwide.

It was in such Addas that revolutionary ideas against the British Raj sprouted, the concept of class struggle grew wings during 1960–72, the plots of Bengali cinema were woven, hot debates on football raged and authors found the muse.

Interestingly, political thought against the British Raj started shaping up in Bengal way back in 1876 with the birth of the Albert Hall – this is today’s Coffee House. That was much before the birth of Congress in 1885.

It was also this College Street and Coffee House where the Naxalbari Movement took wing.

Years ago, Manna Dey sang a Bangla song “Coffee Houser Sei Adda Ta Aaj Aar Nei…” (the Adda of Coffee House has vanished). In the backdrop of ravages of Cyclone Amphan, one would really fear the meaning of this song would really be a reality. 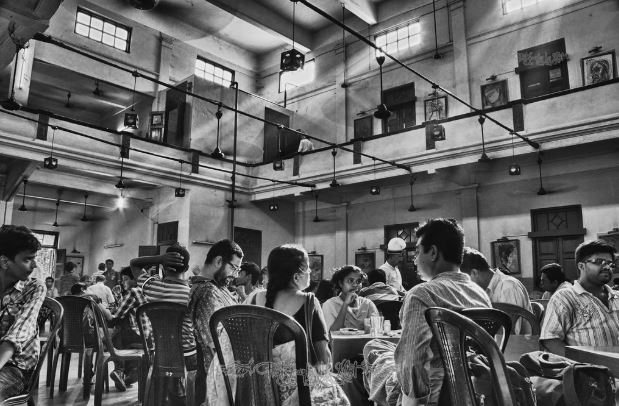 We do not know when College Street came into being or who named it so. But the official records of East India Company of 1817 mention this name. Earlier, the road was known as the Great Arterial Road. In 1817, the Hindu College came into being. With it, came up book stores.

Due to the location of the Hindu College, founded by David Hare, a large number of book-kiosks came up on this street. The number grew to hundreds after the birth of Calcutta University in 1857.

Let us wait watch and see what the Centre does to save this heritage site of Kolkata.

It is more so as some hapless secondhand booksellers said that if no help is forthcoming, they will be forced to switch over to other businesses. Some of the book-kiosks are 200 years old or so. Some of the book sellers belong to families running this business since 1817. 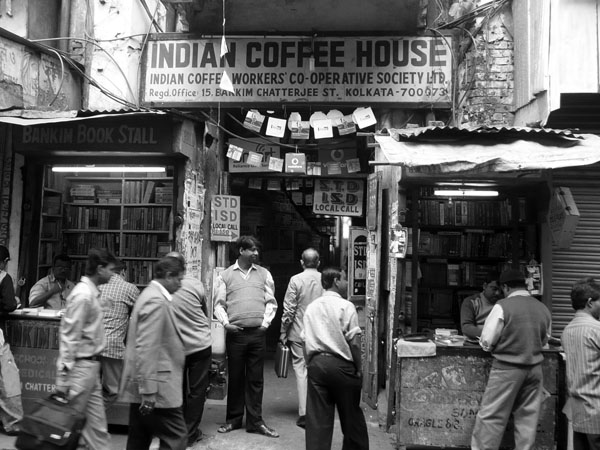 The booksellers say they might take up such alternative means of livelihood as selling vegetables, opening jhaal-muri stalls (puffed rice mixed with several other ingredients) or simply start selling tea.

If that really happens, the intellectual hub of Kolkata would really dry up.

Cyclone Amphan uprooted and totally destroyed a large number of book kiosks made with bamboo, wood and tarpaulin. These stalls may look very ordinary but they housed books of all sorts: literature, philosophy, Bengali novels, English classics, everything under the sun.

It is here that Presidency College is located, where many revolutionaries studied. Whether Rajendra Prasad or Narendranath Datta (Swami Vivekananda) all came to these book kiosks to buy books.

Naturally, the Centre would do well to extend financial help to these booksellers and deter them from switching over to selling vegetables.

Had there been no Boipara, the term Gherao and its frequent use to express wrath against the government’s repressive measures would not have become a common political word as is being used today. It was around 1964-65 when this word Gherao became very common in West Bengal and subsequently to other cities across India.

Boipara shaped the public opinion! It shaped the political career of a large number of politicians of West Bengal. It offered thoughts to many filmmakers. It chiselled the careers of many poets and writers.

Can you imagine way back in 1835, when the Calcutta Medical College was established, Boipara was a major hub of book buyers?

Should Boipara fall silent breaking its very long tradition that began in 1817? Should the Centre allow it to die? 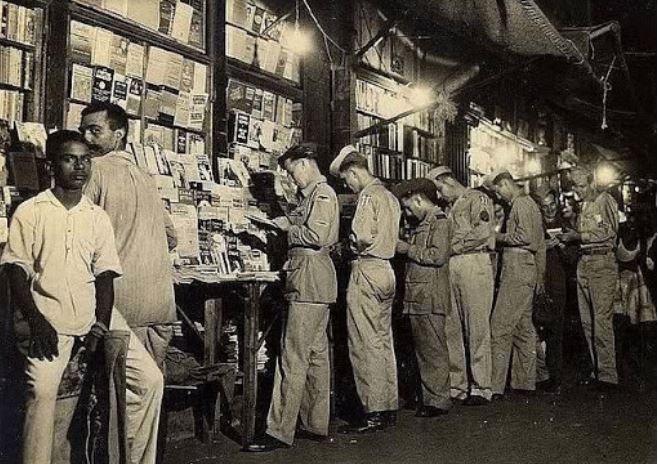